Mass-start sportives have been a casualty of coronavirus but the routes themselves remain. Environmental campaigner, Anna Hughes took on a Lake District classic.

The Fred Whitton Challenge (fredwhittonchallenge.co.uk) is one of the hardest and best-known sportives in Britain. It climbs all six of the Lake District’s major passes in a 114-mile loop. It always sells out.

Assuming it takes place this year, entries will be carried forward from the cancelled 2020 event. So unless you signed up last year, you won’t be riding this year’s edition. You could, however, ride the route by yourself or with a few socially distanced friends some other time – coronavirus restrictions allowing.

As a DIY ride there’s no time limit. I did it over two days on a scorching Bank Holiday in 2019. It’s still a challenge, with a serious amount of climbing even if you split the route into two 60-odd mile days. But with the consistently quiet roads, views out to sea, and of course the spectacular lakes themselves,  it’s a trip that showcases why these mountains rank among the best in the world for cycling.

Reached via the brutal uphill of ‘The Struggle’ from Ambleside, Kirkstone Pass is the highest of all the passes in the Lakes. It’s a steady, satisfying climb with a riproaring descent to Ullswater.

The only major settlement on the route, Keswick is a great place to refuel and stock up on snacks. The high street is full of outdoor shops and has a huge selection of tea rooms and cafés. 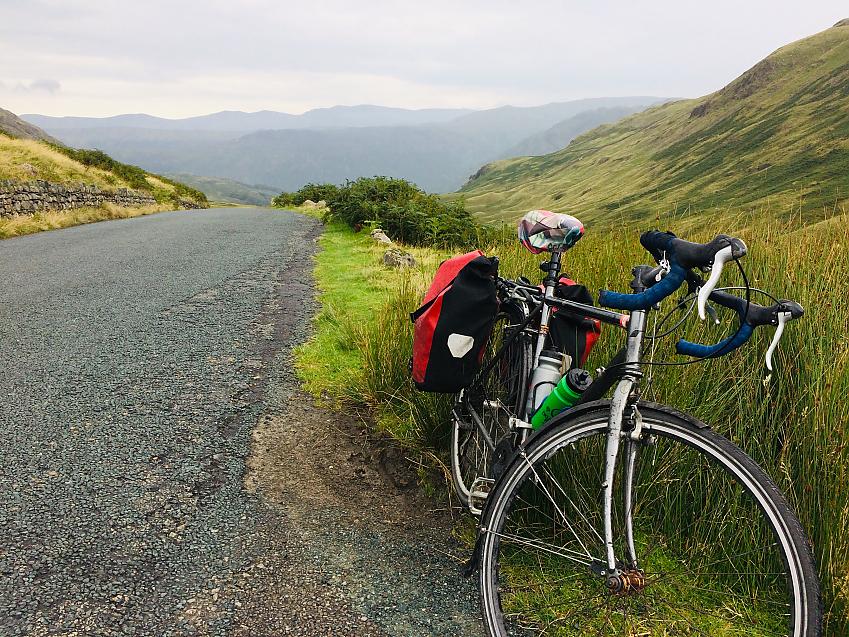 Short and sharp, this is a delightful pass that rises alongside a rock-filled stream. The ascent comes from nowhere and will have that front wheel lifting from the tarmac if you’re not careful.

The sting in Newlands’ tail only comes if you ride it the other way. After the climb in this direction, the pass levels out. Then it’s a long descent through farmland and fern-covered slopes.

Set within Forestry Commission land, this climb has a different character from the rest, with the road remaining in thick pine woodland until after the descent has begun. It’s not nearly as steep as the others but, with a couple of false summits, it is most certainly still a challenge. 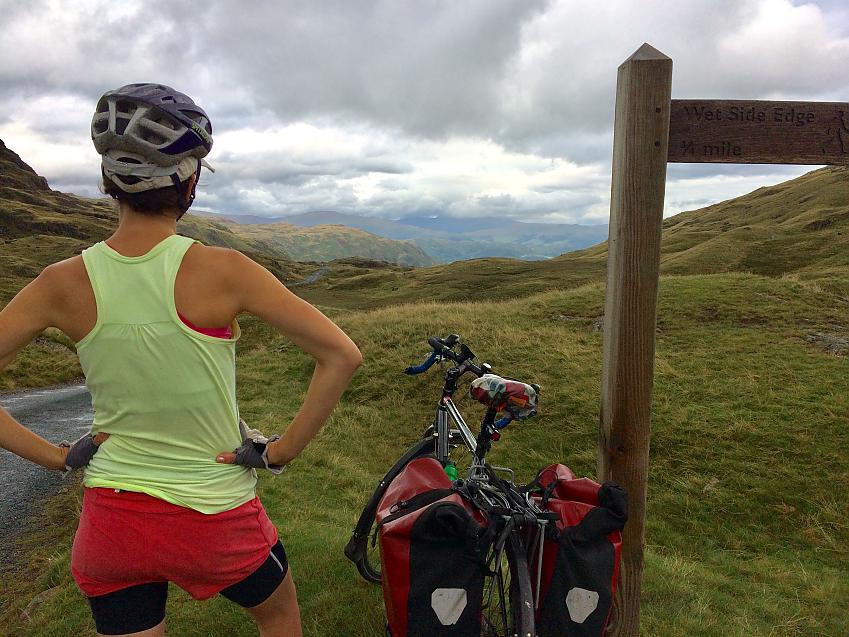 This famous pair form the pinnacle of the challenge, cruelly coming near the end. The zigzagging Hardknott climb is steep and relentless. If you’re over-geared or under-prepared, you will have to push in places. The dramatic Wrynose acts as an addendum, mercifully starting at least halfway towards its 393-metre summit.

Anna rode the Fred Whitton route in preparation for her triple ascent of Mont Ventoux, which we covered in the Aug-Sep issue of Cycle magazine (‘Flight Free Touring’).

Great Rides: The Great North Trail View
Cycling UK continues to support the UK to cycle
This remains true during this difficult period with the ongoing threat of coronavirus Covid-19
Read our latest advice on cycling