Stretching from the Valley of Strathmore into the southern edge of the Cairngorms National Park, the Cateran Ecomuseum is one of Scotland’s lesser travelled destinations. It has quiet roads and beautiful scenery.

All of the museum’s sites are free and outside, and are described in detail on the museum’s website (cateranecomuseum.co.uk). This road bike loop, just a few kilometres short of the official Cateran Gran Fondo distance, takes you past some of the area’s key points of interest and through breathtaking Highland and Lowland scenery.

I cycled the route in a day on my singlespeed Claud Butler, joined by cycling journalist Trevor Ward. With many sights and picturesque villages along the way, the ride can easily be split into two days.

There’s no train station in Alyth; Dunkeld (29km/18 miles) is the best option for travelling to the start by train. Ember, Scotland’s first electric bus service, also takes bikes for free and unboxed from Edinburgh to Dundee. Meigle, a good alternative start and finish, is about 16km (10 miles) away from the bus stop in the west of Dundee.

For centuries Alyth was an important market town: farmers brought sheep and cattle in on drove roads. Alyth’s Pack Bridge is one of the oldest masonry bridges in Scotland, and the Den o’ Alyth, a wooded gorge lying on either side of the Alyth Burn, is a designated Site of Special Scientific Interest. 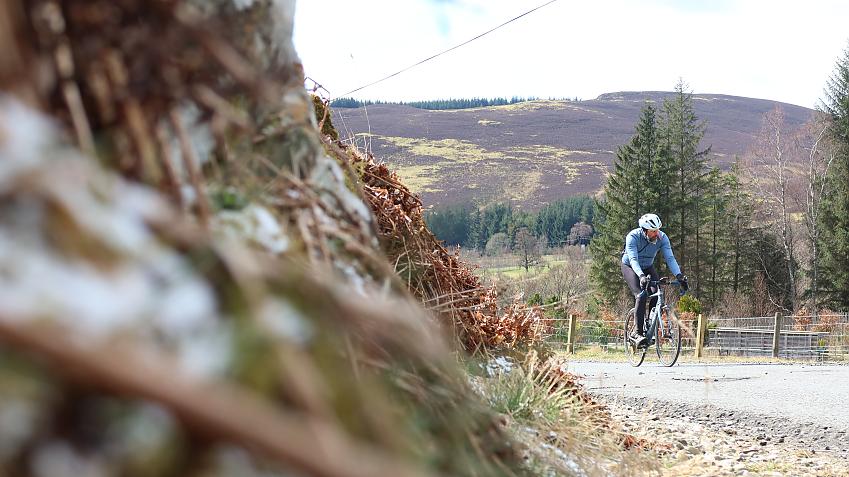 Just a short walk off the route, this small stone circle is set on the shoulder of a low hill. In a nearby wood a collection of larger stones was once thought to be the remains of another circle. It’s now believed to be simply field clearance.

Another walk takes you to a spectacular waterfall. At the base is a dark cave called Black Dub, where legend has it that an outlaw once hid – until the devil appeared before him as a giant black dog. He turned himself in the next day. 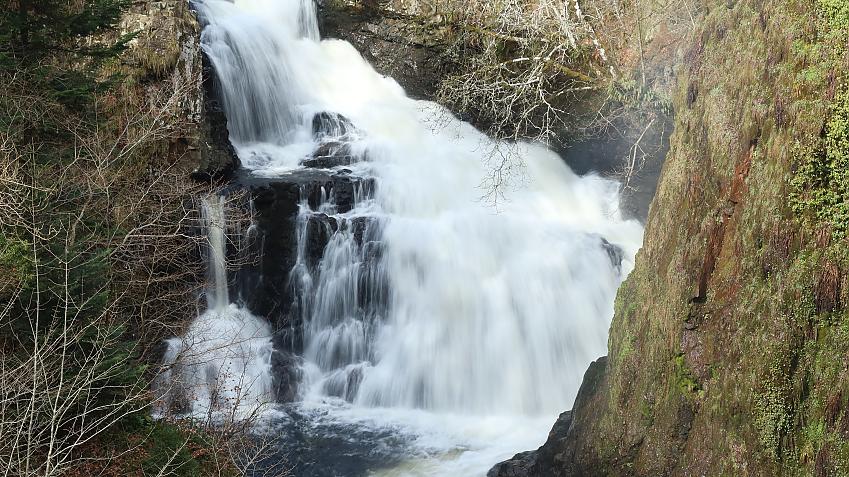 Stop at the Wee Bear Café and enjoy this beautiful loch. During the summer the area is home to breeding songbirds. In winter large numbers of wintering birds, particularly greylag geese, visit the reserve. There are two hides on the banks of the loch, which can be accessed by separate paths.

Commissioned as a shooting lodge in the late 1800s by David Lyon, a slave owner and parliamentarian, the castle features an abundance of towers and gables. After being abandoned in the 1960s, it is now being restored privately. 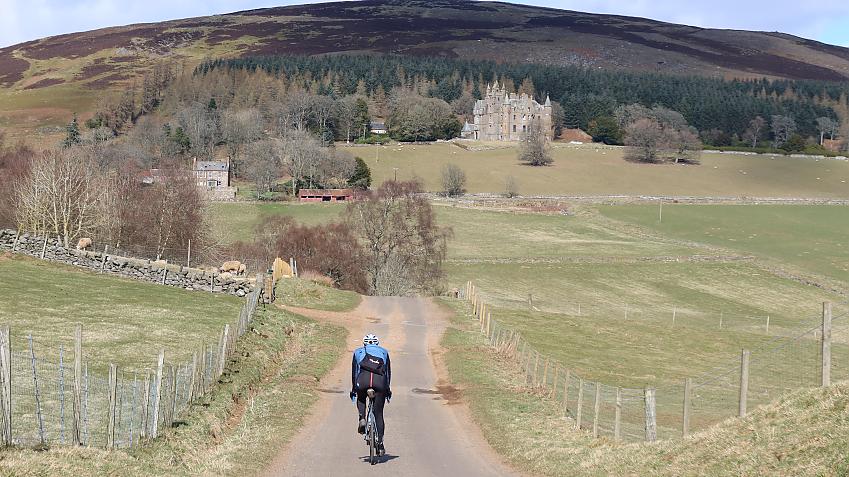 This magnificent collection of carved stones dates back to the late 700s. All found in Meigle, mostly in the churchyard or built into the church, they are all that survives of a centre of Pictish
wealth and patronage.