Immerse yourself in 10,000 years of history by riding this 350km loop around historic Wessex, the Anglo-Saxon kingdom of Alfred the Great.

Buy a printed copy of the full route guide 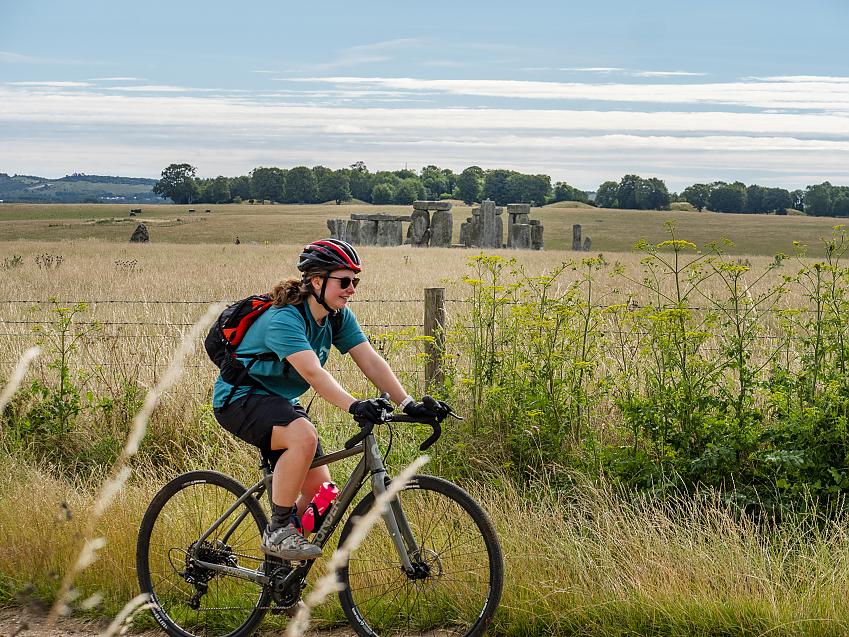 The trail is ideal for gravel bikes and could be ridden over a few days as a bikepacking trip (see our suggested stopover points at the back of the guide). It’s also easily accessible for point-to-point day rides by train, passing through Reading, Winchester and Salisbury.

However, despite being so close to towns and cities in the south of England, you’ll feel like you’ve escaped from the hustle and bustle of everyday life. Think white horses on chalk hillsides and wide-open views across rolling waves of countryside.

If you want to get a sense of what the route is like to ride, have a look at the excellent 'Time Travel Gravel' videos from Guy Kesteven, who wrote the route guide.

King Alfred’s Way also forms a key link with other long-distance routes, as it connects four National Trails: the South Downs Way, Cycling UK’s North Downs Way riders’ route, the rideable half of the Ridgeway, and the Thames Path.

So wherever your adventure takes you, we hope you enjoy the route. 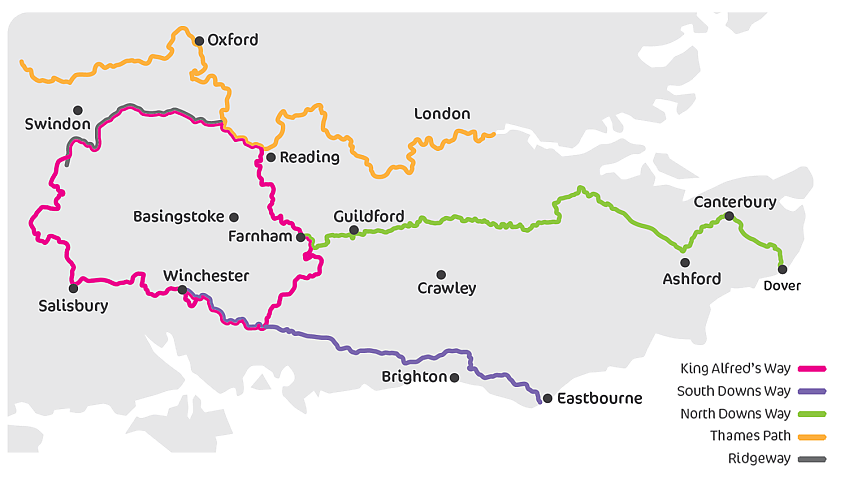 For the full route guide with the entire trail shown on Ordnance Survey maps, visit the Cycling UK online shop.

King Alfred’s Way has been designed to be suitable for people with a decent level of fitness and some experience of off-road riding, rather than requiring technical mountain biking skills. The route uses a mixture of gravel tracks, woodland and heathland trails, grassy field edge bridleways, canal towpaths and quiet lanes.

There are some steep climbs and descents to watch out for and good stamina is required, but overall the route would be given a blue difficulty grading (‘moderate’, suitable for people with some experience of off-road cycling, with some loose surfaces, ruts and tree roots).

As an off-road route, riding conditions, levels of challenge and likely speed can vary significantly depending on current and preceding weather. 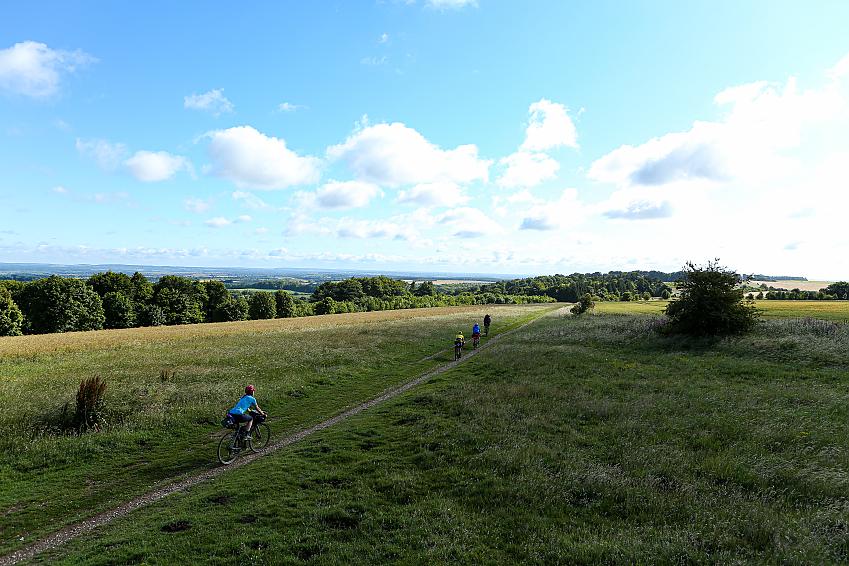 King Alfred’s Way is mainly an off-road route with significant amounts of steep climbing and challenging descents so it needs an appropriate bike. A conventional touring bike will probably survive if you ride carefully, but a gravel bike or hybrid with 35mm or wider tyres and low ratio gears will be a more confident and comfortable choice. A cross country/trail style mountain bike certainly isn’t overkill either, and would be the preferred option during the wetter, muddier seasons.

If you are thinking of taking an e-bike there are extended sections of the route where you will be away from convenient charging points, so plan/ration battery use accordingly. There are no points where you have to physically lift the bike though. 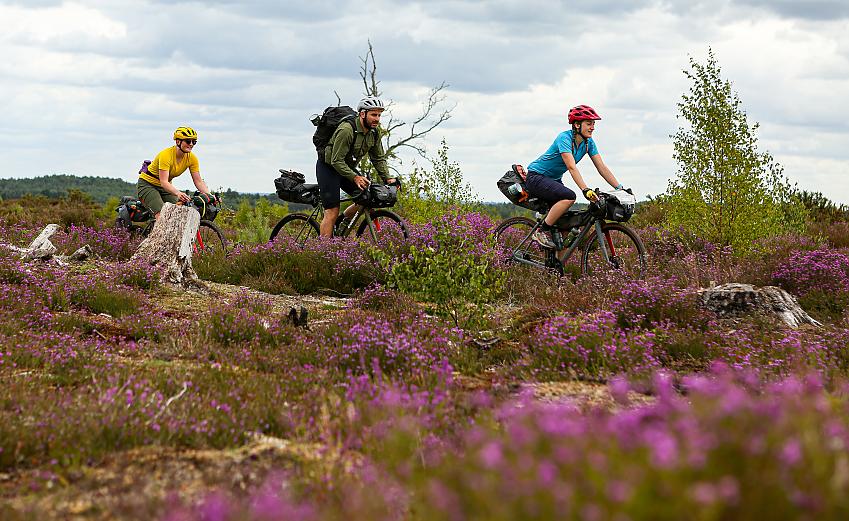 The route is not signposted, but much of follows clearly waymarked trails such as the Ridgeway, South Downs Way, Shipwrights Way and Cycle Surrey Hills routes. Other parts of the route place far greater emphasis on your own navigation to stay on track, so with so many sites of interest to look out for, scenic vistas to enjoy and fun sections of trail to get slightly carried away on, don’t forget to keep a keen eye on your route. A handlebar-mounted GPS unit is certainly a big help, but we strongly suggest taking a map with the route marked on as a dead battery back-up. The route is fully mapped on 1:50 000 Ordnance Survey maps at the back of the route guide. 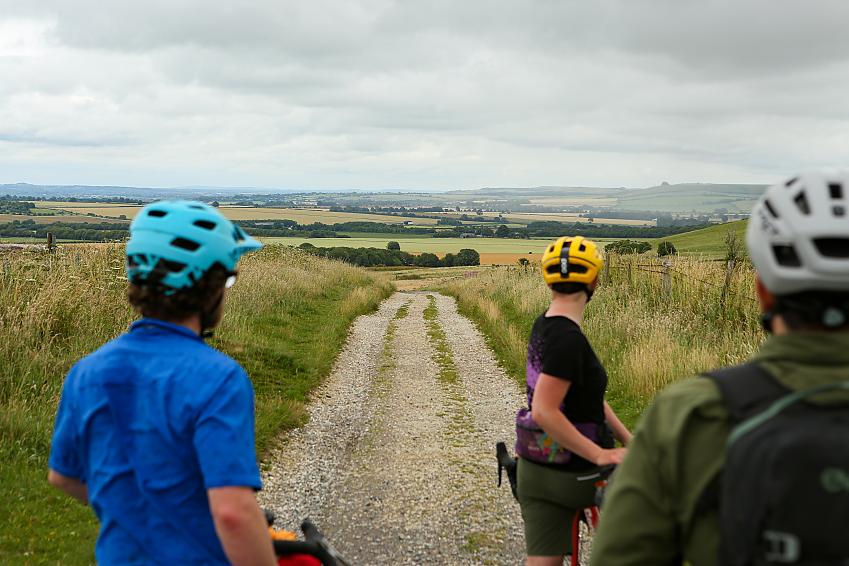 While our route planners have done an amazing job of avoiding built up areas and spiriting you away into a sense of isolated wilderness wherever possible, you can be reassured that you’re rarely more than 5km from habitation or help of some form. Mobile phone coverage is reliable throughout most of the route too.

That doesn’t mean you should be reckless though, so always ride within your limits and the limits of your equipment and if in doubt dismount - whether that’s on an off-road descent or at one of the few busy road crossings. If you’re riding solo we’d also suggest using a ‘beacon’ tracking phone app for safety.

The route passes through some areas of land owned by the Ministry of Defence where there may be military training exercises going on, so make sure you pay attention to any warning signs, stick to the main route rather than wandering off and don’t touch any ‘interesting’ objects lying around. Salisbury Plain is a live firing range with very real dangers, so you should never cut across it if the red flags are flying. Even when the flags are down, you need to be vigilant for 75-tonne Challenger tanks travelling at up to 60km/h with very limited crew vision as well as other, even faster vehicles.

In terms of on-trail support, the South Downs Way has regular tap points as well as tool stations and you’ll never be that far away from a shop, pub, cafe or bike shop from Reading all the way round to Winchester. You’ll need to be reasonably self-sufficient for Salisbury Plain and the Ridgeway though. 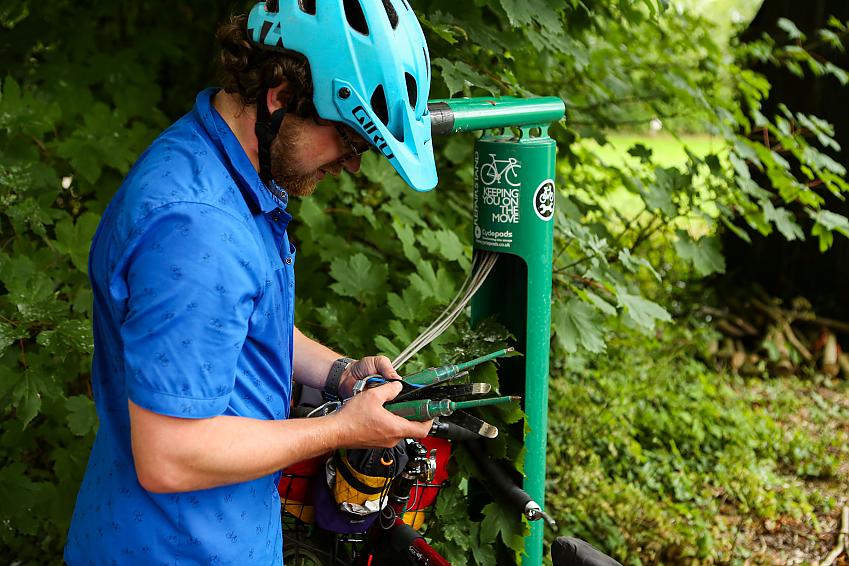 Developing new off-road routes like King Alfred's Way and the Great North Trail is only possible because of the support of our 70,000 members. You can help us continue campaigning for off-road access by becoming a member or making a donation.

Where can I cycle off-road? (England and Wales) View
Join Cycling UK to help us change lives and communities through cycling
Membership gives you peace of mind insurance, discounts in cycle shops, rides & routes
Join now