Martin swaps car for e-bike commute through a forest

Martin's new e-bike keeps him fit and energised for work

Martin swaps car for e-bike commute through a forest

Martin gave up on e-bikes 15 years ago after arriving at work exhausted and sweaty one time too many thanks to a dead battery. When the Ardrishaig Bothy let him try out a modern e-bike it was a revelation which got him pedalling again for good.

Martin, 45, is a police officer in Lochgilphead, a small town in Argyll and Bute, in the western Scottish Highlands.

Having worked as a police cyclist on patrol around Lochgilphead, he is no stranger to the benefits of cycling.

“When you’re on patrol in a diesel car you sometimes wouldn’t recognise your own mother as you’re in a bubble. Cycling around is better as people want to talk to you, especially in a small village, and you can get places quickly.”

Around 15 years ago Martin bought an e-bike with the intention of cycling to work instead of driving. At only four miles from his home in a small village near Lochgair to the police station through beautiful Glashen Forest, he was hoping for a peaceful and enjoyable commute. Unfortunately, poor battery life and power combined with a two-mile long uphill section of forest track meant that the bike wasn’t up to the job.

“It was one of the first generation of e-bikes and I made a mistake and bought a cheap one. The battery only lasted one trip and it didn’t have enough power so I was arriving at work totally knackered and really sweaty. It wasn’t possible to upgrade any of the components on the bike so it just sat in the garage unused.”

I’m using the car a lot less, which is helping to cut emissions and pollution. I feel much fitter than before, which is important as I wanted to be in better condition in case I get coronavirus - I want to have some protection

Martin considered buying a replacement e-bike but his experience and the cost put him off, not to mention the two-hour journey each way to Glasgow and the nearest e-bike shop.

“Going to Glasgow for an e-bike is no good as I needed to try it out on the hills here as that’s where I’d be using it. I heard about the Ardrishaig Bothy and that was the ideal way to give it another go.”

The Bothy, which was set up by Cycling UK in partnership with Scottish Canals, supports people living along the Crinan corridor to experience better health and reduced car dependence by walking and cycling for everyday local journeys. It’s funded by Smarter Choices Smarter Places.

When Cycling UK’s Alec Ohnstad offered Martin a free loan of one of the Bothy’s modern e-bikes, the difference was huge. Gone was the huge battery pack and heavy frame of his first e-bike. In its place was a smaller but more efficient battery and a more powerful motor which easily helped Martin up the hill to work and crucially, meant that he arrived feeling energised rather than exhausted. With confidence that it was worth the investment, he bought a new e-bike and now enjoys an enviable commute through the forest with wildlife for company.

“It’s ginormous fun riding the forest tracks. The other day I had to slow down for a herd of deer, but sometimes I meet other cyclists and walkers. When I was trialling the e-bike I passed someone riding a conventional bike who had sweat pouring off him!

“I’m using the car a lot less, which is helping to cut emissions and pollution. I feel much fitter than before, which is important as I wanted to be in better condition in case I get coronavirus - I want to have some protection.” 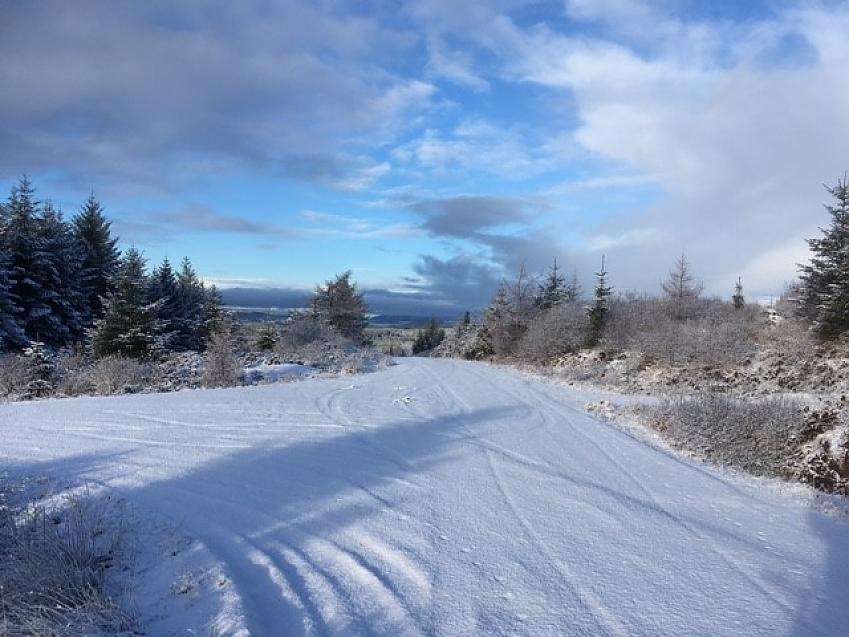 As well as feeling fitter, Martin finds the journey is a good opportunity to make the transition from family life to work and back again.

“It really helps to think about the working day ahead and then to debrief on the way home. Any tension or stress can be worked out.”

Although he mainly uses the bike for work, he has taken the opportunity to explore different parts of the forest when popping out on a day off to buy a newspaper for elderly neighbours. And more exploration is definitely on the cards for Martin.

“I’d like to use the bike to explore the area a bit more. I moved here 20 years ago from East Kilbride as I didn’t want to live in the city anymore, but I haven’t explored a hundredth of the area yet.”

Power up: Switch on to e-bikes View

E-bikes: a real 'Green Investment Vehicle' for the Government View