Cycling UK’s Big Bike Revival for Key Workers has been helping health workers in Liverpool get on their bikes through an innovative new loan scheme, digital and communications officer Richard Wevill explains.

The journey to work was a grinding routine for therapy radiographer Danny Blair. Having worked at the same hospital since 2005, he could almost time his watch by when he would hit the inevitable traffic jams.

But since the coronavirus lockdown, the 37-year-old from Liverpool has been cycling to work at Aintree Hospital, a 15-mile round journey from his home in the Penny Lane area of the city.

"I didn't realise just how much of a positive effect on your physical and mental health riding to work had, until I was able to start last week. It's amazing," he said.

"The journey to work is mostly downhill, then on the way home it is uphill, but when I get through the door my mind is a lot more settled. My wife is a DJ and so her work has been cancelled. She has been at home all day with our three small children, and so when I come back after that bike ride I feel much less stressed and ready to help with the family."

They received sixty applications in the first 48 hours of the scheme’s launch, and 100 bikes originally supplied by Cycling UK last year for community outreach work on the Wirral - paused due to the impact of coronavirus - have now been loaned to doctors, nurses and hospital staff to give them an affordable way to travel to work and maintain social distancing.

The bikes can be loaned for a six-month period, but beneficiaries are required to log their rides each week on Strava, to demonstrate that they are being well used. Danny’s certainly will be, especially when his rota requires him to travel to Clatterbridge Hospital which involves crossing the Mersey to Birkenhead. "I definitely want to make sure I get a bike to ride to work forever" he said.

Matthew Houghton, chief executive of Hype Merseyside said: "With the help of Cycling UK and the people of Merseyside, we can use our network and expertise to go even further and source more bikes, providing more frontline workers with free, healthy and safe transport.”

He said one of the main reasons people have for wanting to access the donated bikes was to save money, after NHS staff reported the expense of paying for taxis because they were worried about waiting at bus stops or train platforms.

HYPE Urban Bikes have received more than 700 applications from NHS workers for a bike loan and have been able to source more bicycles thanks to a grant from Cycling UK's Big Bike Revival Project for Key Workers which is funded by the Department for Transport and is distributing small grants to more than 60 bike shops and community centres around the country. Volunteers from HYPE have also been collecting donated bikes for their workshop team to ensure they are in great condition before being lent to a health worker at one of five hospitals across the region.

I definitely want to make sure I get a bike to ride to work forever.

Grace Harrison, 22, who works in the x-ray department at Arrowe Park has been riding her loan bike three to four times a week since it was delivered to her workplace by HYPE volunteers.

She said: "I don't live far from the coast or the Wirral Way, so I have been going there for an hour or two after work or on my days off. It's nice to get out in the fresh air and ride." 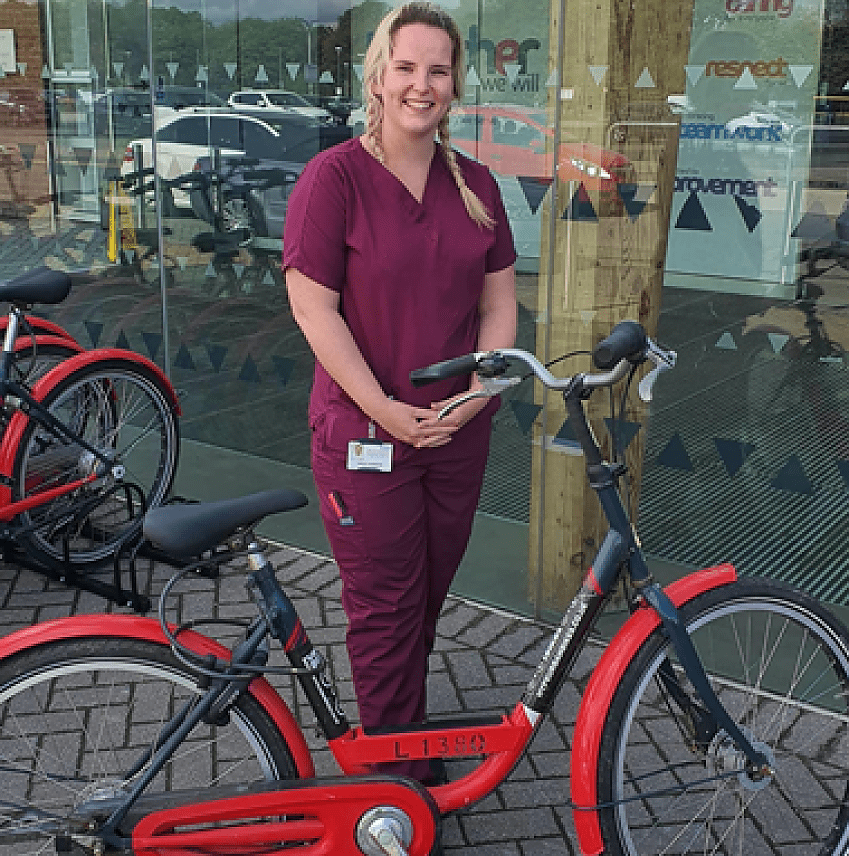 She said she had been delighted with how simple it had been to apply for and be given a loan bike: "It has just been amazing from start to finish. It was really speedy going from applying, to being given the bike within about two weeks. It's also been really motivating to go on the Strava app and see what other people are doing too." 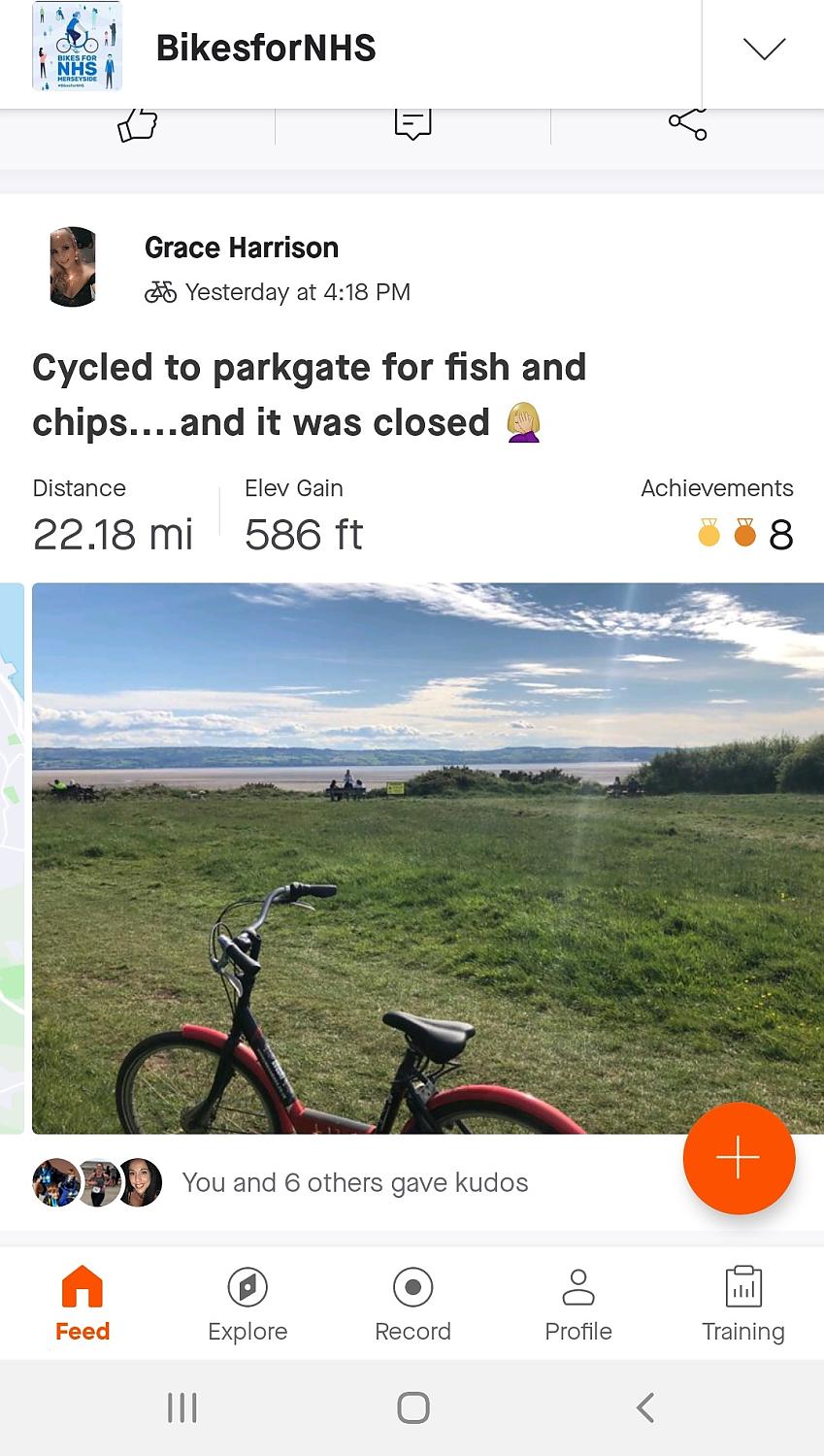 HYPE (Helping Young People Everywhere) Merseyside was originally formed to work with young people aged between 7 and 24 in Birkenhead through community projects and outreach work.

If you live on Merseyside and have an unwanted bike which you could donate to the scheme, more details are available on their website.

Cycling lives up to the HYPE for new employee Ed View