Cycling UK's communications and media officer Richard Wevill spoke to the boxing coach and personal trainer was knocked out by how much he enjoyed cycling again after riding with his daughter during the first spell of lockdown.

The picturesque countryside around the Wyre Forest, and the towpaths of the Staffordshire and Worcestershire canal network provided adventure for Mark Gibbs and his eight-year-old daughter Amelie-Rose when they began riding together a little over 12 months ago.

Mark said: “Before the lockdown, my daughter couldn’t ride a bike, she had an old single-speed bike, but it wasn’t very suitable and I had an old nail of a bike. We were really lucky because we got a couple of new bikes early on before the shops started running out. My daughter got an adult 16-gear mountain bike and I bought a Carrera.”

Mark said: “Both our bikes are pretty new, so they just checked the chain and the brakes and tweaked it a bit, they did a good job.”

With summer term truncated at Amelie's school, l and Mark unable to offer one-to-one training for his clients in the gym, both father and daughter had time on their hands, and their cycling trips allowed them to stretch themselves and spend more time together than ever before.

“We’d just take it gradually and wouldn’t follow any set routes. We live in Stourport-on-Severn so we are surrounded by countryside and canals and lots of places to ride," he said.

“It was great, I’d put £20 in my pocket and we would ride, then stop for lunch or an ice cream or sit by the river with the sun shining. It just became a lifestyle, we were going out and riding every day and covering about 25km. It has been a difficult year, but we have such good memories of this summer, revolving around cycling.

“Funnily enough, I was talking to my daughter earlier and we both agreed that cycling was our highlight of 2020.

“It got me back into cycling big time. It basically saved our lives. For me personally, I couldn’t stop in the house all day through the summer. I couldn’t stand it. 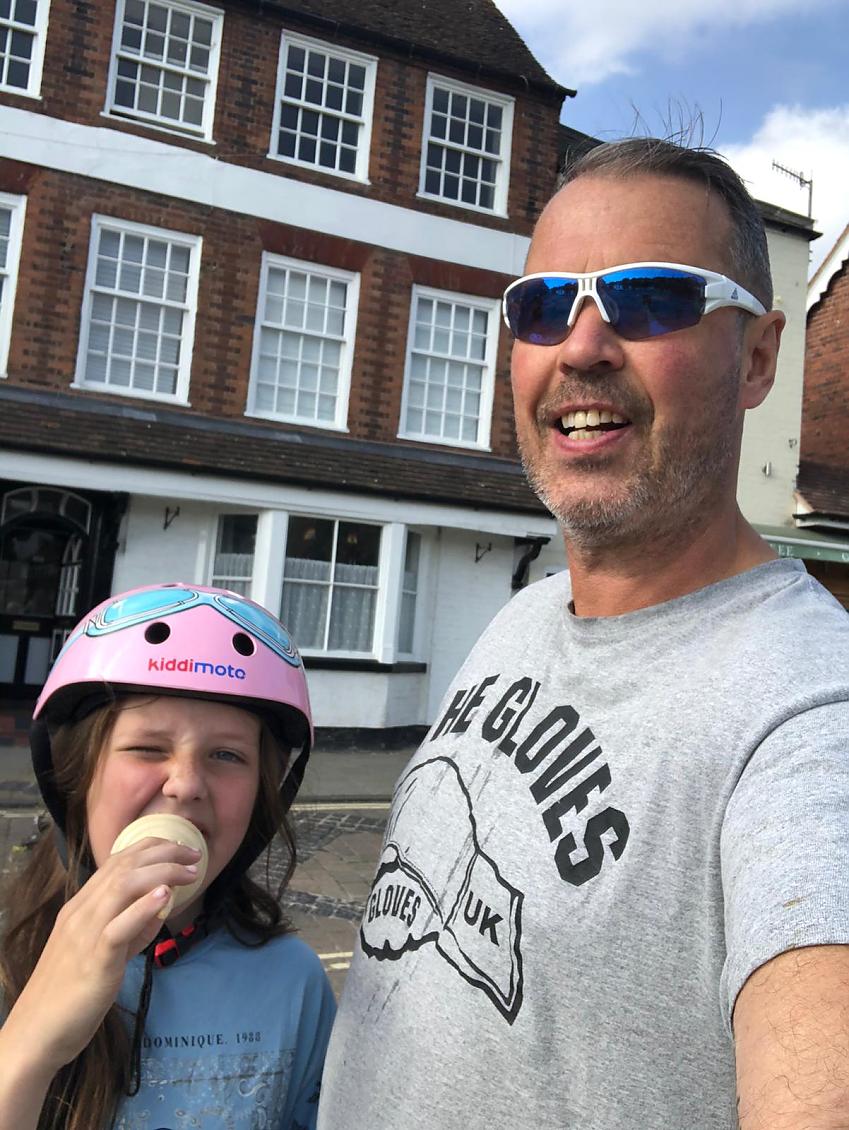 “I used to race mountain bikes when I was younger, but I hadn’t ridden a bike for about 12 years before last spring. When Amelie went back to school, I got three of my friends into cycling and we were going into the Wyre Forest and were riding about three or four times a week.”

Mark said his wife was taking delivery of a bike this month and it's hoped Mark and Amelie will have someone else to join them when restrictions allow. They may plan more detailed routes too: “We have been trying to keep the cycling going, but it's been so cold my daughter doesn't want to cycle for as long, but hopefully come the spring with the longer days and the warmer weather, that will be us gone, out riding longer again.”

Mark says Amelie was getting into mountain bikes and keen to do more off-road riding this year too; it doesn't sound like he'll need too much persuading to join her.

You may not live in a part of the UK with as much access to unspoilt countryside and canalside rides as Mark and his daughter, but you can still find plenty of places to explore when exercising close to home. Cycling UK has produced a guide to finding new routes and planning a ride on your doorstep.

Where's Wally's bike? Being fixed thanks to the Big Bike Revival View