Cycling UK is aiming to equip all police forces across the UK with a revolutionary virtual reality educational film that will for the first time allow drivers to experience what’s it like to be ‘close passed’ by a vehicle.

The film is being premiered at the Cycle Show in Birmingham this week (September 28 – 30) and an appeal launched to raise money to provide specialist VR headsets and educational materials for police forces.

It forms the second stage of the national cycling charity’s Too Close for Comfort campaign which last year provided forces across the country with ‘close pass’ mats to educate drivers on safe passing distances. 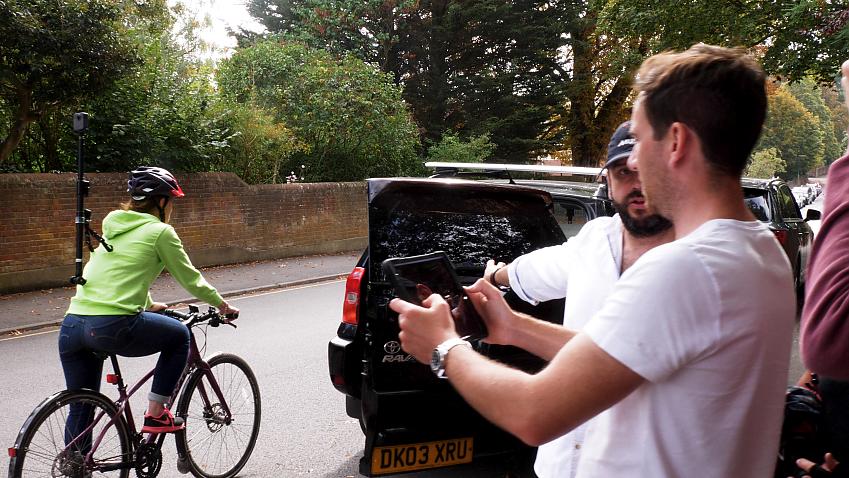 Duncan Dollimore, Head of Campaigns, said: “For many of the country’s two million cyclists, being close passed by a vehicle is sadly an all too familiar and frightening experience.

Most of us cycle and drive at some point in our lives; our friends, family and children too. If you leave at least 1.5m when passing cyclists; or even more if you’re travelling over 30mph – the road would be much safer for everyone.

“By producing a virtual reality film we want to show drivers what it’s like to be close passed, so they can understand it from a cyclist’s perspective.

“Many police forces are already targeting drivers, but this will give them another really powerful educational tool.”

According to the findings of the Near Miss Project, based on research by Dr Rachel Aldred from the University of Westminster, close passes account for a third of threatening encounters cyclists have with motor vehicles.

The project found close passes are particularly problematic for women, who on average cycle more slowly than men, and experienced a 50 per cent higher rate of close passes.

They also present a significant barrier for people new to cycling, or who cycle at a more sedate pace (less than 8mph).

The results of a YouGov poll for the charity, published earlier this year, revealed that a staggering 56 per cent of people said they were worried about being close passed. 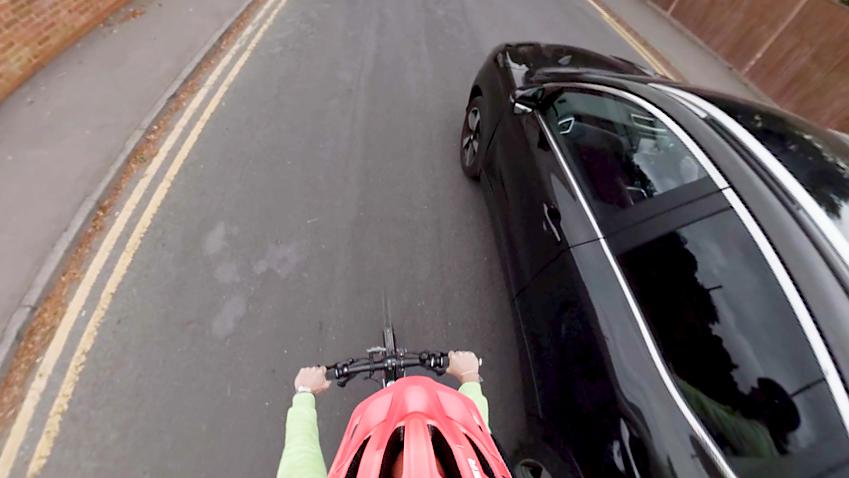 The close passes were filmed by trained stunt actors

And although drivers who commit overtake too closely risk a fine and penalty points on their licence, serious incidents are reported by cyclists almost every day of the year.

“Often drivers pass too close to cyclists out of ignorance rather than though malicious intent,” said Mr Dollimore. “If we can get them to change their perspective and see what it’s like from the cyclist’s point of view, we believe this could have a profound effect on driver behaviour.”

The film, which is designed to be viewed through a special virtual reality headset, provides a 360 degree view of the road through the perspectives of a cyclist and a driver.

In one scenario, filmed with specially trained stunt actors, the driver carries out a dangerous close pass manoeuvre.

In the second scenario, the driver waits for a suitable passing point and gives the cyclist plenty of room. 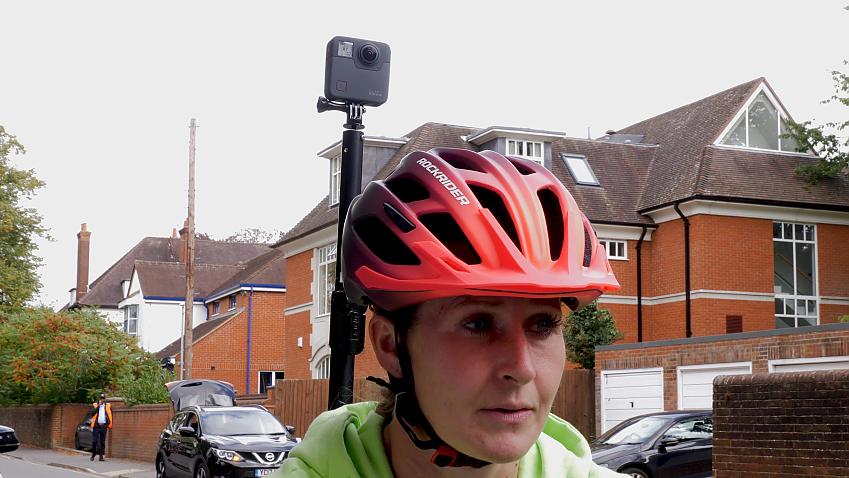 The film has been endorsed by West Midlands Police.

PC Mark Hodson, of West Midlands Police Road Harm Reduction Team, said: "Our ‘Give Space, Be Safe’ campaign sprang from the need of addressing one of the number one threats to our most vulnerable road users, close passes, and helped change dangerous driving behaviour from the start.

“Since our operations began in autumn 2016, thanks to Cycling UK’s provision of close pass mats, police forces across the country are helping drivers to understand the dangers of close passing.

“By introducing VR, we’ll have a new innovative tool that will help people not just understand but also experience a close pass – which is a valuable learning experience.

“However there’s only so much educating we can do. The long and short of it is that drivers who pose the greatest threat of harm on our roads need to get their house in order, or we’ll do it for them.”

Visitors to the Cycle Show in Birmingham from September 29 – 30 will have an opportunity to experience the film at the Cycling UK stand.