The campaign highlights the dangers of close overtaking of cyclists by motor vehicles through a virtual reality film, which allows drivers to experience the threat of a near miss without the risk of injury.

Cycling UK used the Kickstarter platform to crowdsource the funding required to supply the 45 police forces operating throughout the UK with the film and VR headsets for free. The charity estimates it will be able to begin distributing the film and headsets by the end of November.

The film has already been put into operational use by West Midlands Police’s Road Harm Reduction Team. Drivers pulled over during Operation Close Pass on Monday (08 Oct) had the opportunity to watch the film in addition to receiving instruction from Woodgate Valley Community Fire Service on how to overtake cyclists safely.

“This was the first opportunity to put into operational use the new Cycling UK virtual reality film on close passing, and we’re pleased to say the film was well received.

“At West Midlands Police RHRT, we’re always on the lookout for the best ways to make our roads safer and this short VR film will help people learn through experience the dangers of close passing. I hope we’ll see a wider pick up of the film across the UK, and that other road safety organisations, such as driver training and re-training instructors will be able to make use of the film too.” 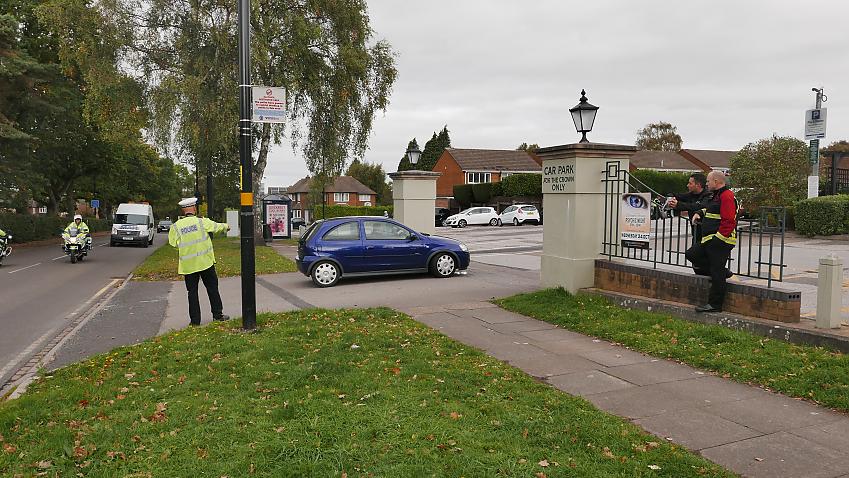 During the course of the operation in Sutton Coldfield, Birmingham, nine drivers were stopped for close passing over the course of two hours, one of whom had their licence suspended after failing a roadside eye test.

One woman pulled over, who did not wish to give her name, said after her instruction, "That's changed my perspective - I'd never have thought to give cyclists that much room before."

With plans in place to start delivering headsets and the film to the police now in motion, the cycling charity has plans to use all extra funding raised over the next 16 days to make sure the film seen as widely as possible.

“Making sure the police have the tools they need to educate drivers about the dangers of close passing was always Cycling UK’s first priority, and it’s great to see the film has been well received and is already in use by West Midlands Police.

“Now we’ve surpassed our target, Cycling UK is still keen raise more funding to put an end to driving that’s too close for comfort. Shortly our enforcers will have the tools they need, but our next step must be to target the educators, so that the next generation of drivers has better awareness and understanding for all vulnerable road users.”

We've done it! Too Close For Comfort meets target in first 48hrs View