Scotland’s Cycling Champion of the Year Award winners this year include an innovative cargo bike delivery company, a project coordinator passionate about bringing cycling to deprived areas, and a bike shop with social good at its heart

Scotland’s Cycling Champion of the Year Award winners have been revealed for 2021. The honour recognises the individuals and organisations that have made a lasting impression on cycling in Scotland in the last year.

The annual awards, now in their fifth year, are presented in partnership by Cycling Scotland, Cycling UK, Scottish Cycling and Sustrans Scotland. The winners were selected by a judging panel representing each partner organisation after a public nomination process earlier in the year.

The judging panel were particularly impressed by the breadth and quality of nominations, making selecting winners across the four categories a challenge.

Dave du Feu has been a leading voice on cycling in Edinburgh and the Lothians for decades as part of Spokes. The campaigns Dave has worked on have helped influence local and national governments, as well as encouraged more people to travel on two wheels.

Consistency is often key to success, and two campaigns in which Dave has been heavily involved for several years came to fruition in 2021 - the right to install a modest front garden bike shed without planning permission, and improvements in Traffic Order rules to make it easier for Councils to install active travel projects. 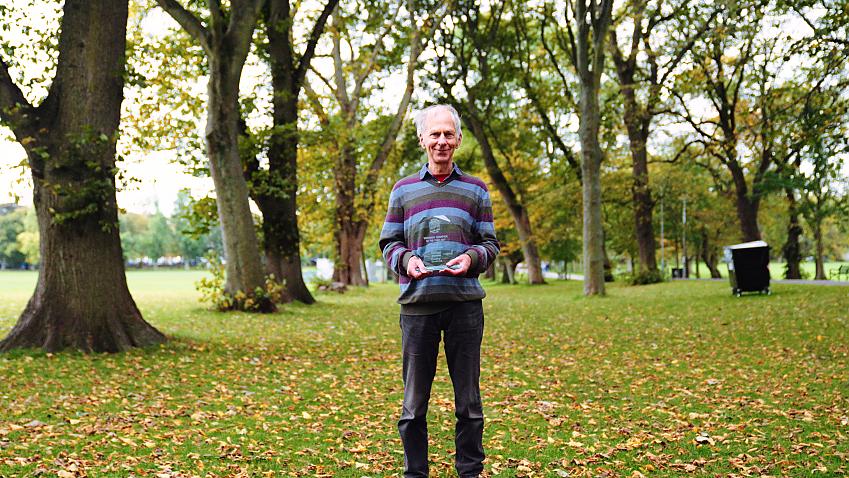 Dave said: “It’s a great honour to receive this award. It reminds me of all the people who have put in so much time and energy to take cycling from a place where it was regarded as something for eccentrics, to a place where everyone wants to do it.

"And the many people who are campaigning right now to make it easier and safer. On a personal level, it feels great to be part of that progression.”

Steven Rutherford is the Active Cycle Co-ordinator for the Urban Fox Programme in Glasgow. The judging panel were impressed with Steven’s passion for expanding the reach of cycling to deprived areas of the city.

Bringing his experience of working in the bike sales industry, Steven joined the Urban Fox Programme as a volunteer and has led on cycle maintenance, training, bike recycling and more.

He has taught volunteers bike maintenance skills, helping to expand the reach of cycling. 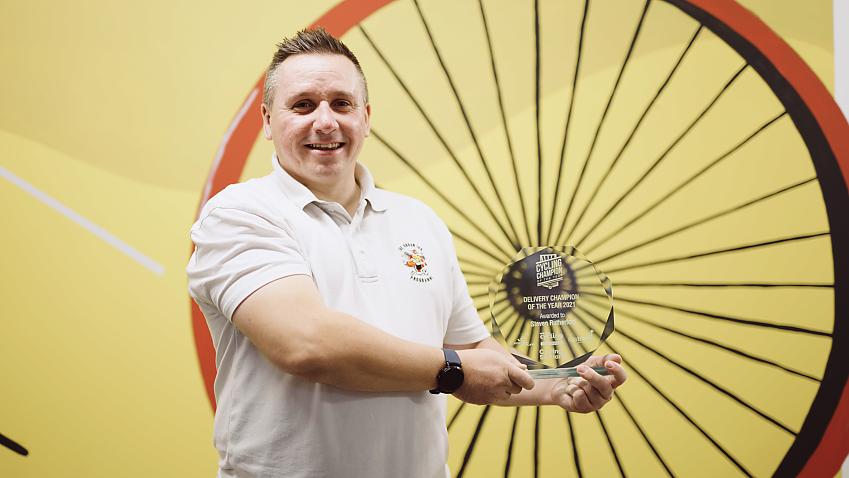 Business Champion of the Year – Farr Out Deliveries

Farr Out Deliveries is a cargo bike delivery company in Edinburgh. Established using an employee-owned cooperative model during the first national lockdown in 2020, the company have worked with over 100 local businesses, replacing vans and cars with a more sustainable alternative. They champion cargo bikes at every opportunity, helping to set up Scotland’s first dedicated cargo bike hub in Edinburgh. 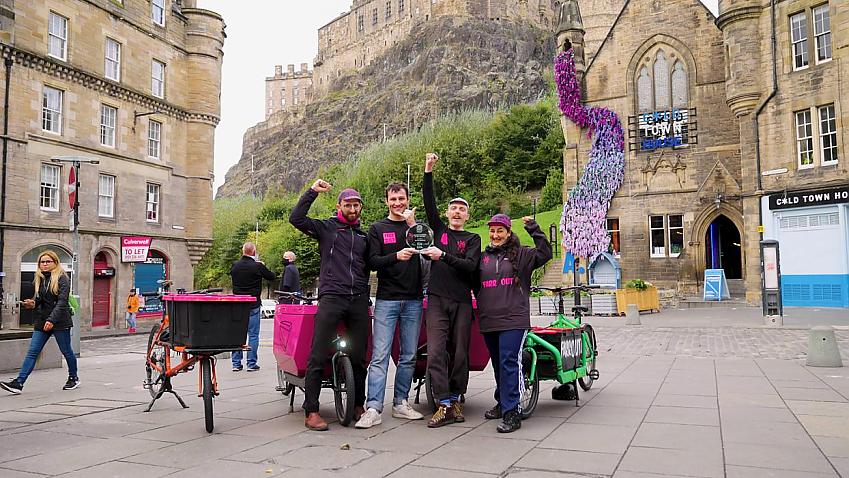 David, co-founder of Farr Out Deliveries said: “We’re so happy to receive the 2021 Business Champion of the Year. It’s really encouraging to have our hard work recognised by such forward thinking organisations. We love our city, and we think that cargo bikes can play a huge role in the green future of Edinburgh.”

G64 Cycles is a family-run shop based in Bishopbriggs, Glasgow and are the deserving winner of the Cycle Shop Champion of the Year.

During the first lockdown, in his spare time Peter Flockhart offered free bike repairs at his home to help get people cycling when bikes were in short supply and bike shops inundated with request for repairs. Six weeks and 160 bike repairs later, it became clear a market existed and G64 Cycles was born.

In the year since, the family have opened a local bike shop to offer repairs and a range of refurbished and new bikes. Social good is a core principle of G64, with the team accepting donations of old bikes, refurbishing them and donating them to a variety of local charities. 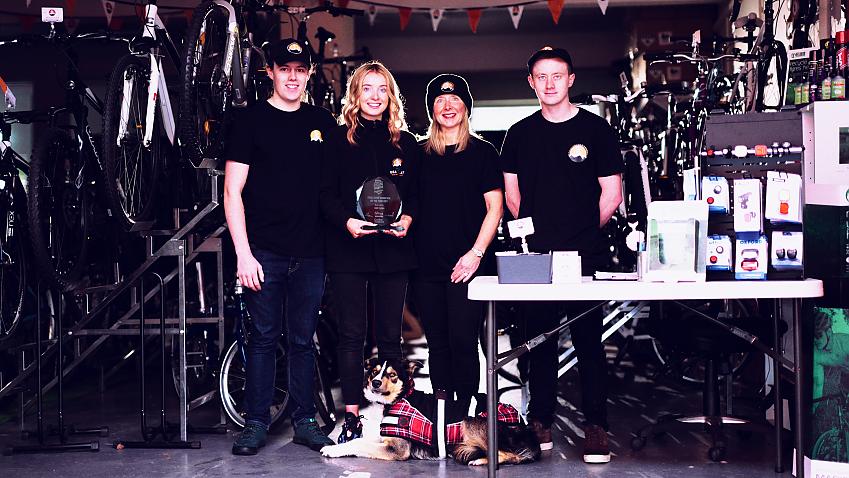 Katie, of G64 Cycles said: “We’re so proud to be the Cycle Shop Champion, especially as we are a newly established business. We love to help the local community and support charities to get more people into cycling. We are also trying to help tackle the climate emergency by making bikes more accessible through our refurbished bike upcycling activity and minimise our waste by recycling tyres and tubes."

Suzanne Forup, Cycling UK's head of development for Scotland said: “The quality of nominations this year shows just how many people in Scotland are dedicated to improving lives through cycling. Each of the winners has made a really significant impact in their local area and we congratulate them all.”

Christopher Johnson, head of education and training, Cycling Scotland said: “In another incredibly challenging year, with the global pandemic and facing up to the climate emergency, it’s brilliant to recognise the deserving winners of these awards who have gone above and beyond to ensure as many people as possible can make sustainable choices by enjoying the benefits of cycling.”

Melanie Toner, participation programs manager with Scottish Cycling said: “Scottish Cycling is happy to once again promote the Cycling Champion Awards in collaboration with our partners, especially when there is such a worthy list of winners from an array of different backgrounds. It was an absolute pleasure for me to present one of the awards, which are a great celebration of our sector.”

Des McAllister, delivery coordinator at Sustrans Scotland said: “The Cycling Champion Awards demonstrate the best and most inspiring people and organisations working to promote cycling in Scotland. Sustrans is proud to support these awards and congratulates the winners.”

We pedalled on COP - now its time for local change View