Today (27 July) marks three years since Sam Boulton, a school teacher and artist, died outside Leicester train station after being hit by a car door which was opened into his path while he was cycling to his studio. Yesterday, Cycling UK attended the annual Leicester Critical Mass ride in his memory.

The dangers of car-dooring are often overlooked, despite at least 500 people being injured each year in collisions caused by someone negligently opening their car door.

Cycling UK, supported by Sam Boulton’s family, have long highlighted the gap in the law when it comes to car-dooring, with the maximum penalty for the offence currently a fine of £1000.

Sam Boulton died after a car door opened in his path

However, as well as a change to the law, education is also a key component of the fight to end this pervasive problem, which is why Cycling UK have recently launched a campaign in partnership with Uber to promote the Dutch Reach – a simple change of habit which can help drivers and passengers remember to look for cyclists before opening their car door.

A virtual reality film, alongside a traditional 2D film and a paper guide, explain the dangers of car-dooring and the importance of using the Dutch Reach, which involves opening a car door with the hand furthest from the door, helping you turn to spot cyclists.

The campaign has been well received, with over 100,000 views on social media and YouTube in the first week, and Cycling UK is now working with police forces, employers, local authorities and other organisations such as the Highways Agency to promote the Dutch Reach.

Yesterday’s Critical Mass ride in memory of Sam also promotes the Sam Says campaign, which encourages use of the Dutch Reach, and which has been backed by Leicester Council, with stickers reminding car users to look for cyclists affixed to the council’s fleet of 720 vehicles. 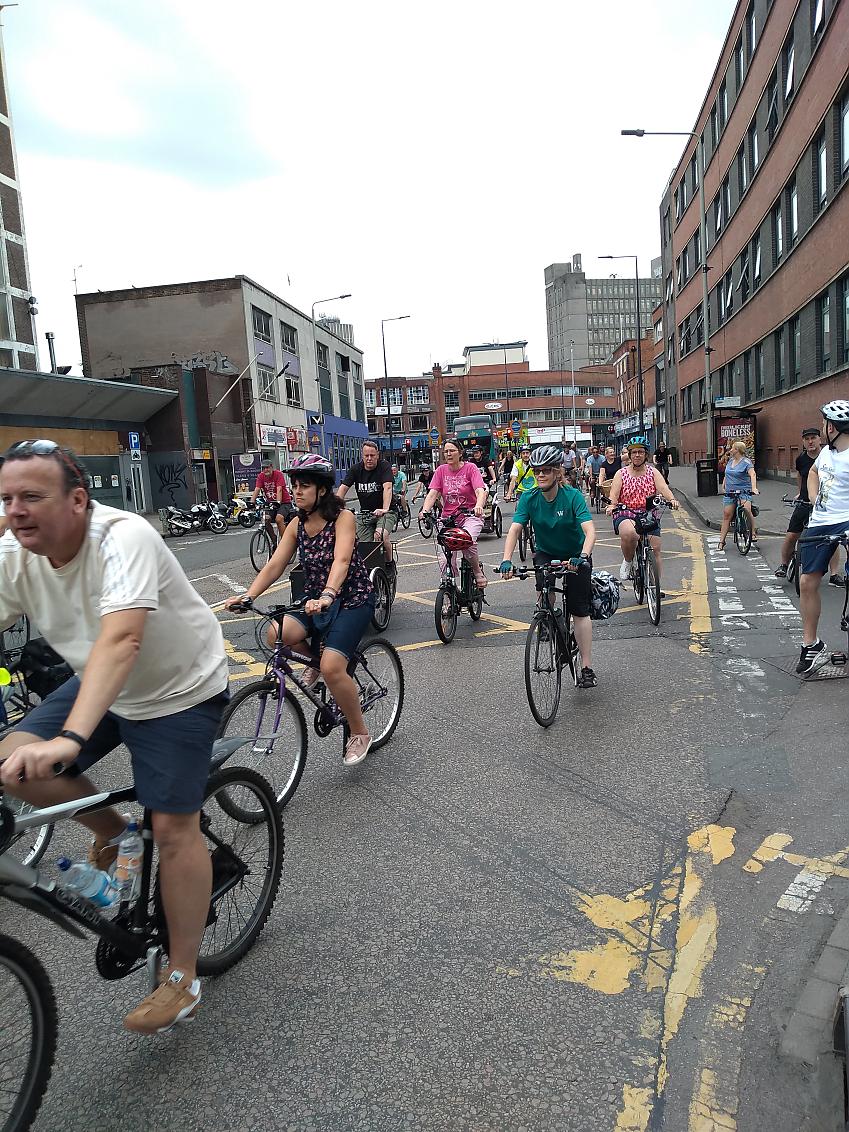 This annual ride is an important time to remember Sam, and to remember that behind every road casualty statistic is someone like Sam – a life cut short, and a family and community left heartbroken

Furthermore, following concerted lobbying from Cycling UK, Sam’s family and other victims of car-dooring, the Government last year announced that the upcoming review of The Highway Code will consider including the Dutch Reach in the Code.

This is an important step forward in the campaign to ensure car-dooring is addressed as the serious issue it is.

This year has also seen the construction of new cycling infrastructure in Leicester on London Road, where the collision which killed Sam occurred, including bus by-passes and raised kerbs to promote cycling and walking priority and help keep cyclists safe.

The final phases of this work commenced this month and will be completed shortly and have been developed with input from Sam’s family. 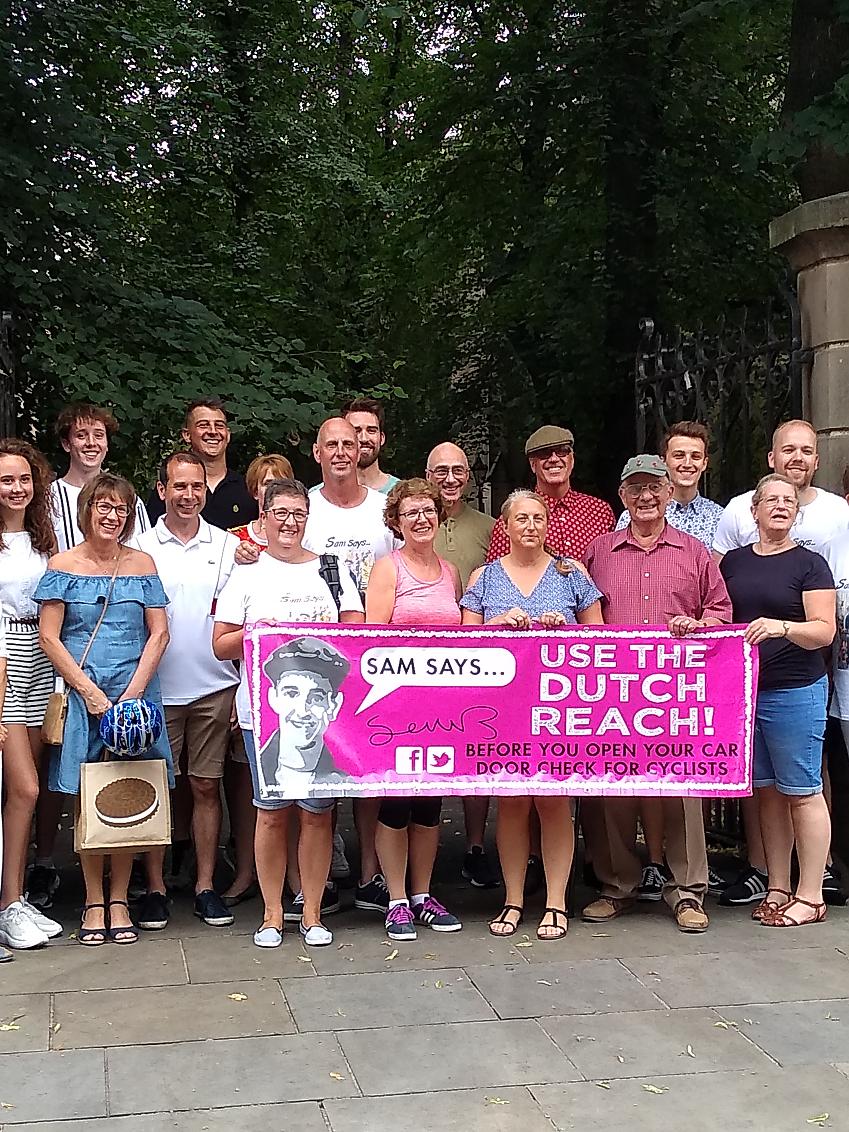 Duncan Dollimore, Head of Campaigns at Cycling UK, who attended the ride, said: “This annual ride is an important time to remember Sam, and to remember that behind every road casualty statistic is someone like Sam – a life cut short, and a family and community left heartbroken. We’ve seen positive steps forward since Sam’s death, but there’s still much more to be done to put an end to car dooring for good, beginning with the inclusion of the Dutch Reach in The Highway Code and an accompanying educational campaign to promote its uptake.” 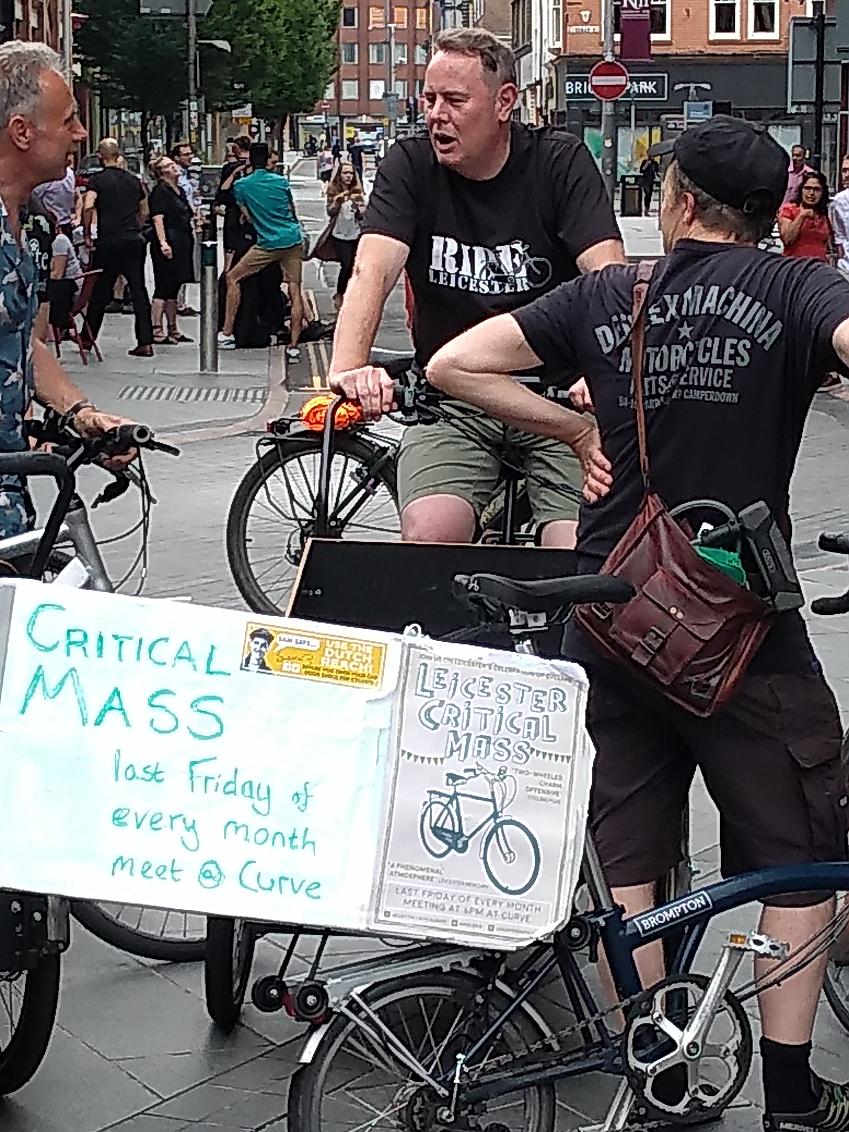 Sam Boulton’s father, Jeff, who also attended the ride, emphasised how the serious problem of car-dooring can be addressed in a simple way, highlighting that “if that taxi passenger had used the Dutch Reach, or even knew about the Dutch Reach, Sam would still be alive today”.

As Cycling UK continues its campaigning, you can also help us put an end to car-dooring by sharing our educational film with friends, family or colleagues, and teach the Dutch Reach to those around you, to ensure no one else dies because someone forgot to look for cyclists.

Our Dutch Reach campaign: 15 FAQs View
Cycling UK continues to support the UK to cycle
This remains true during this difficult period with the ongoing threat of coronavirus Covid-19
Read our latest advice on cycling
Join Cycling UK to help us change lives and communities through cycling
Membership gives you peace of mind insurance, discounts in cycle shops, rides & routes
Join now