London Bike Show: What to see this weekend

If you're coming to the London Bike show make sure to pay a visit to the Cycling UK
By Sam Jones
Friday, 29 March 2019

London Bike Show: What to see this weekend

Running from Friday to Sunday, if you want a snap shot of what’s happening in the cycling world, the London Bike Show is the place to be. Cycling UK’s Sam Jones has been scouting the show and has picked out his favourites.

Bike shows are like sweet shops – so much choice that you don’t even know where to begin.

Gravel bikes and e-bikes abound at this year’s show, but there are also some other hidden gems among all the glitz and glamour and these are my top seven. 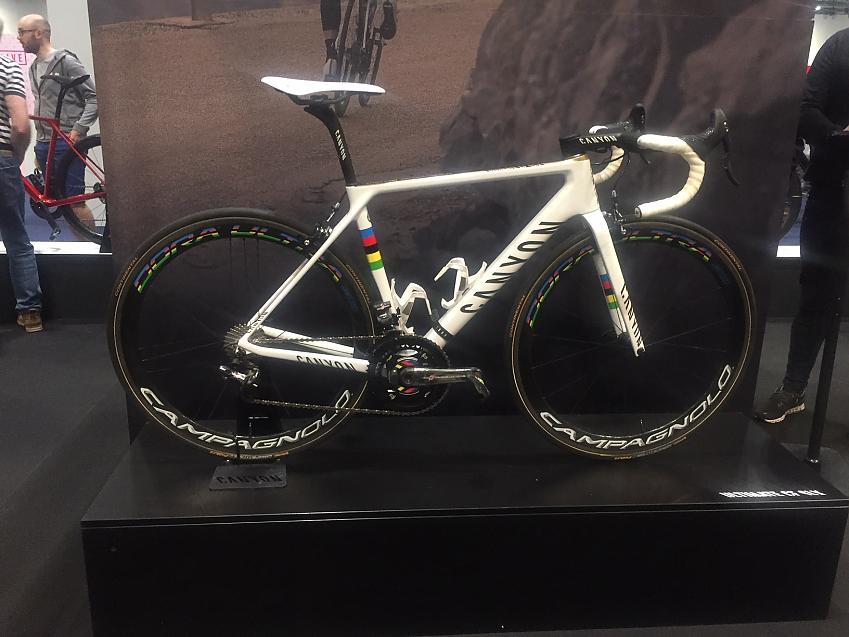 There’s always a glamour bike at these shows, and for a piece of cycling history, you can see the Canyon Alejandro Valverde used to win the UCI Road World Championships held last year in Innsbruck, Austria. 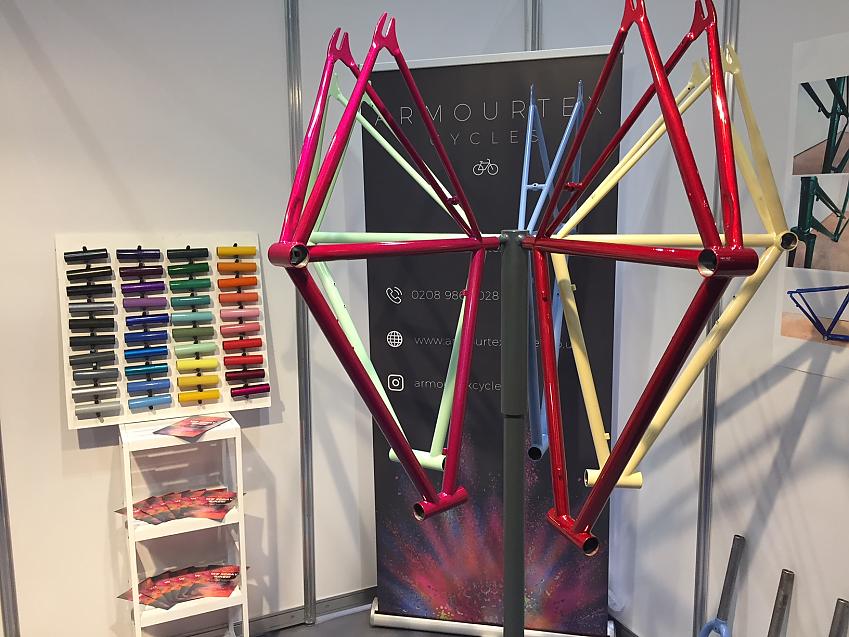 It might seem a bit odd to recommend a bikeshop, but Armourtex based in Hackney do far more than service your bike. They also offer a four stage respray for your beloved bike and can produce custom decals too for those vintage frames. Owner, Jasmin Ahmed and her mum are on hand to explain how the process works, and they’re equally happy working on a classic Holdsworth or creating a bespoke paint job to fit your wildest dreams. The good thing is that you don't have to be London based, you can also send your bike via courier and they'll get it back to you within two weeks. 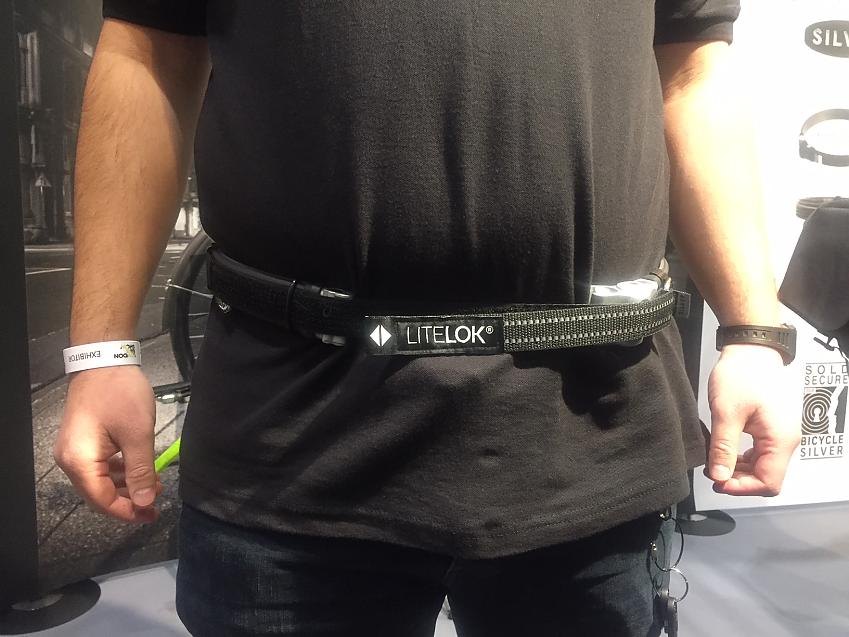 Just round the corner from the Cycling UK stand is Welsh lock manufacturers Litelock. This company creates wearable locks for when you’re on the bike that meet the sold secure gold and silver standards. Estimated to be up to 50% lighter than other locks of a same standard, unlike other wearable locks Litelock is secured around you with a handy Velcro fastener rather than being locked. There’s a special show offer of 10% off, and if you’re looking to ditch your current lock, take it to the show and they’ll let you trade it in for 25% off a new lock. 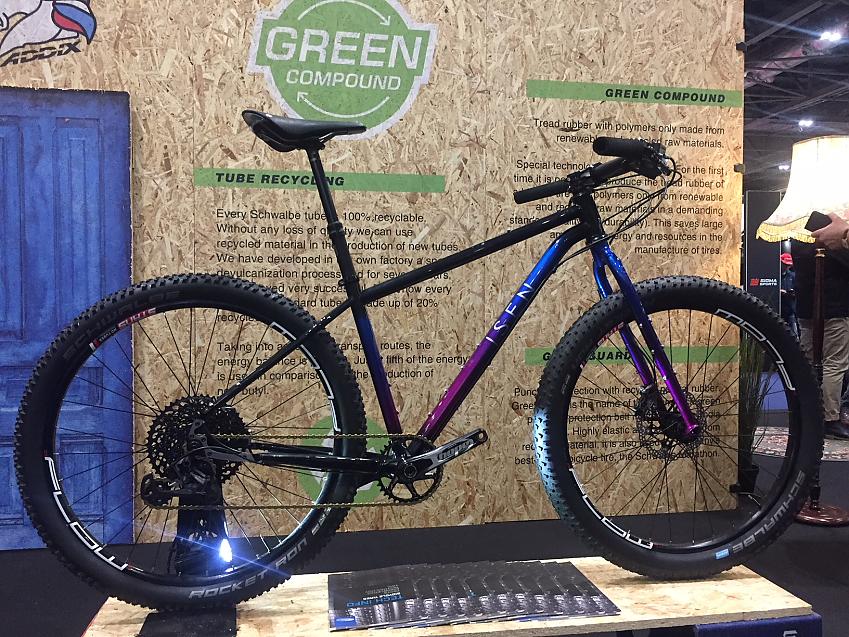 Schwalbe are a household name when it comes to tyres, so it’s no surprise that they’re at the show. Using the latest mountain bike from Isen Workshop, which has just returned from the North American Handmade Bike Show, to showcase their wares, their knowledgeable staff are on hand to take your questions and explain how they’re using more sustainable rubber in the production of their new tyres. If you’re looking for a tyre made entirely from sustainable rubber, then their Range Cruiser at £21.99 could be of interest. 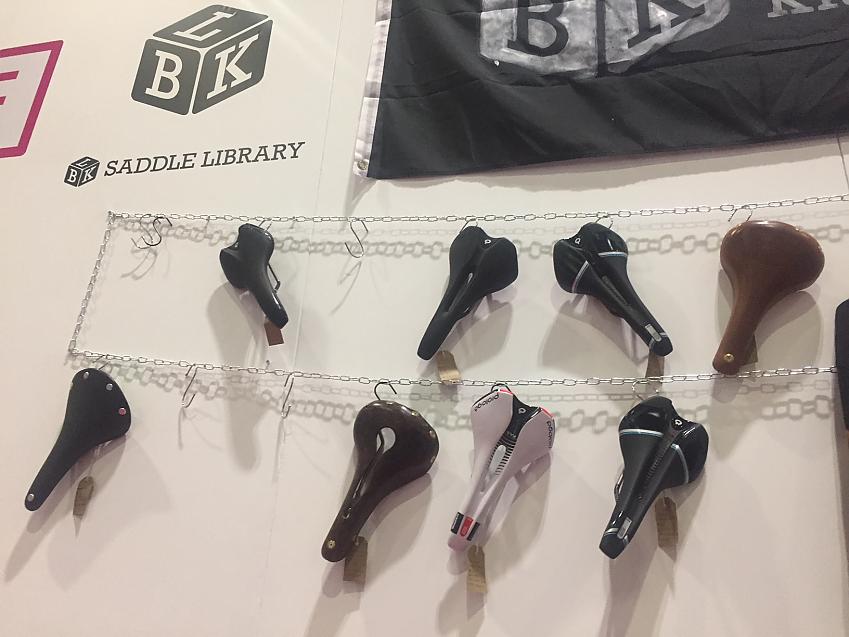 A selection of the London Bike Kitchen's Saddle Library

We all know how important a saddle is to ensuring a comfortable ride, and but for a fortunate few, we also know how it can be an expensive experience finding the perfect one. The London Bike Kitchen based in Hoxton can give you a measurement of your seat bones, and then advise you on the best saddle for you at the show. Even better, if you pop along to their store after the show, for £10 you’ll buy access into their ‘Saddle Library’ that has the Brooks including their new C17, Gilles Berthould and other saddles all available for two week trials – and if you find the saddle you like your £10 will be taken off the final cost too.

They’re right next to the Casquette Live stage, so you can’t miss them. 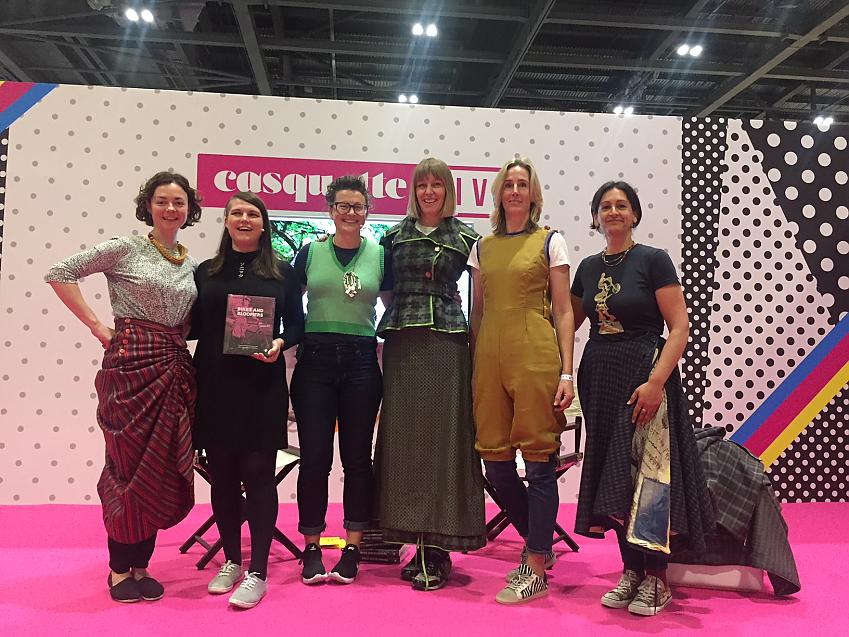 Casquette, the cycling magazine for women, has a big presence at the show, with a prime position just behind the main stage. I took some time out to listen to Kat Jungnickel author of Bikes and Bloomers, and found it fascinating listening to her talk through the early history of women’s cycling clothing and learning about pocket poverty. My only regret is that Kat won’t be speaking again on this topic, fortunately though there are other interesting talks taking place on the Casquette stage from discussing saddle soreness, riding out of depression, endurance cycling and of course Cycling UK’s Women’s Festival of Cycling. 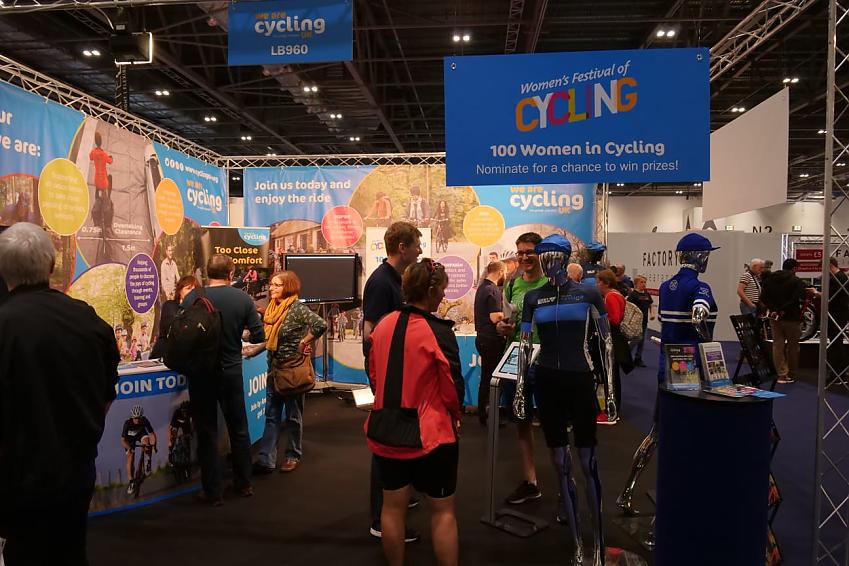 Come visit us on the Cycling UK stand!

If you do attend the talk on our Women’s Festival of Cycling, then be sure to head to Cycling UK’s stand afterwards. There you’ll be able to nominate the inspirational women who are making a difference to cycling as part of our 100 Women in Cycling list for 2019. You’ll also have the opportunity to try out our virtual reality headset and see the film we’ve produced for police forces across the UK as part of our near miss campaign, Too Close For Comfort. We’d love to see you, so do pop by for a chat!

Finding imagination and inspiration at the Cycle Show 2017 View