On the back of its hugely popular Rough-Stuff Fellowship Archives, the world's oldest mountain-biking group is back with a second volume. Expect more classic adventures from a bygone era and stunning landscapes, and read on for how to secure a copy

To read the marketing guff of today’s modern cycling media, you’d think riding drop handlebar bikes off-road and in the most unlikely of places, while festooned with luggage strapped to frame and saddle bags galore, has only just been discovered.

Known as bikepacking, while the portmanteau is modern, the activity has heritage. 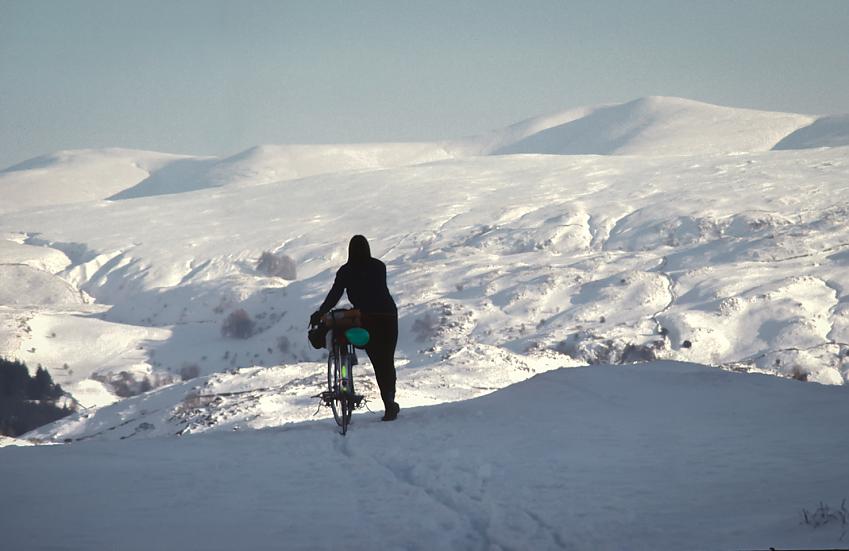 One organisation has famously championed the pursuit of exploring off the beaten track by bike since its founding in 1955: Cycling UK affiliate group the Rough-Stuff Fellowship.

The RSF can arguably claim to be the first off-road cycling club in the world, and has been having fun and laughs on its explorations ever since its founding. 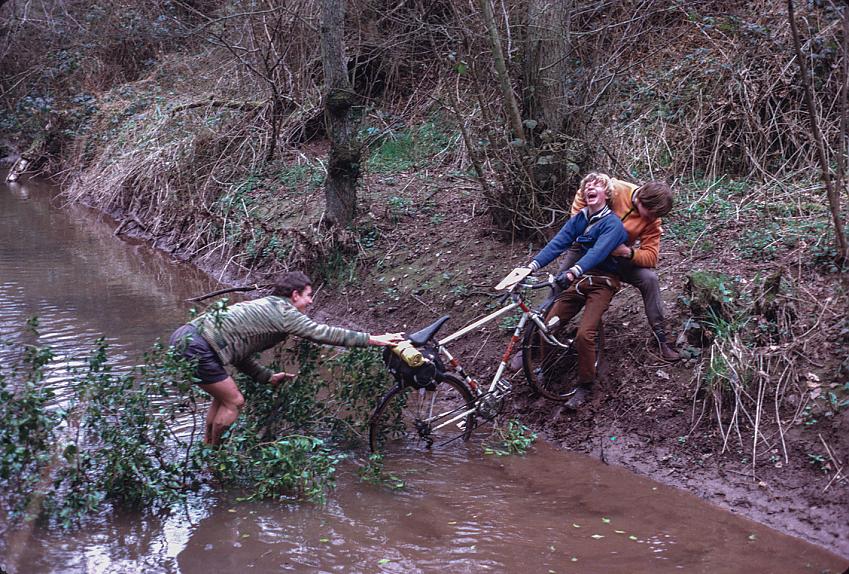 Now the fellowship is looking to release from its archives further evidence of these adventures over the past 66 years, showing that you only need a bike, a map and an inquisitive nature to go exploring.

“Further Adventures in Rough Stuff” is the second volume charting the historic club and its members' trips, being brought to life by Isola Press, and Rough-Stuff Fellowship archivist, Mark Hudson. 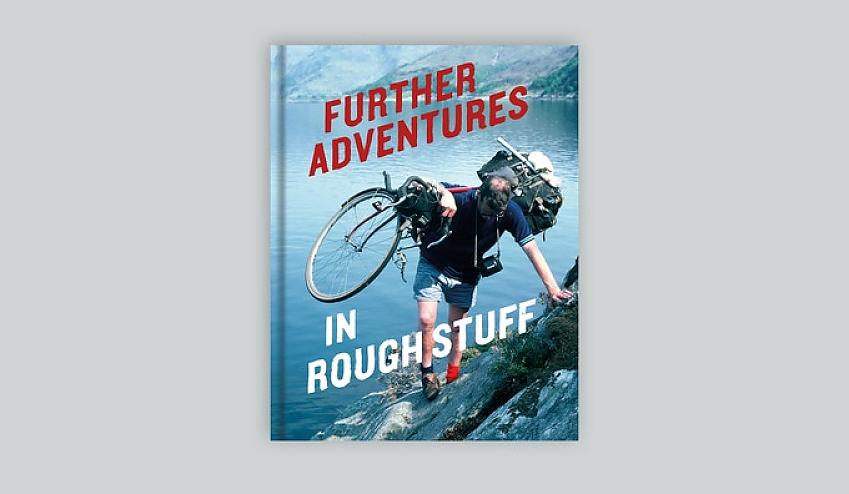 The first archive (see review in sidebar) was launched in 2019 on the crowdfunding platform Kickstarter, and was an instant classic. Since then the archive has grown massively with the addition of a further 25,000 slides and other ephemera.

The second volume promises to capture the spirit of the first, and will be organised by the different regions of the British Isles, and abroad, where the club members rode. Expect images of beach riding from the 1920s, Alp-climbing in the 1950s, hike-a-bike in the 1970s and chain walks in the 1980s, as well as accounts of classic rough-stuff routes. 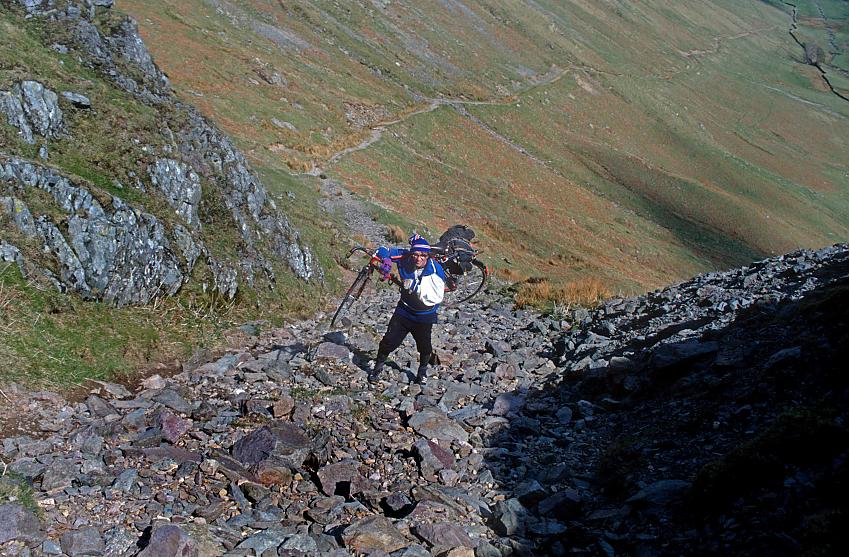 Adding to the history of British riding and touring, there will also be written accounts of classic rides such as Lairig Ghru in the Cairngorms and the Wayfarer Pass in the Berwyn Mountains of Wales, with accompanying photos.

Max Leonard, the driving force behind Isola Press the publishing house behind the Rough-Stuff Archive books, explained his passion for the project: "The riders in the photos are ordinary people doing extraordinary things, and the club is an amazing community that is still going strong.

"Its history is an important part of the history of UK cycling and, more widely, of British outdoor culture and style.

The photos tell us so much about work and play, and our relationship to the countryside over the past 70 years.

"The photos tell us so much about work and play, and our relationship to the countryside over the past 70 years. Plus they’re just beautiful, beautifully taken, and sometimes hilarious too. So many of these slides might have just been thrown away without Mark's work, and the books will hopefully keep them alive for a wider audience."

“Further Adventures in Rough Stuff” was again launched on Kickstarter, and within 48 hours had met its target to cover its publication and distribution costs, with the money raised used to pay the RSF and the photographers, as well as helping to ensure the slides are digitally recorded. 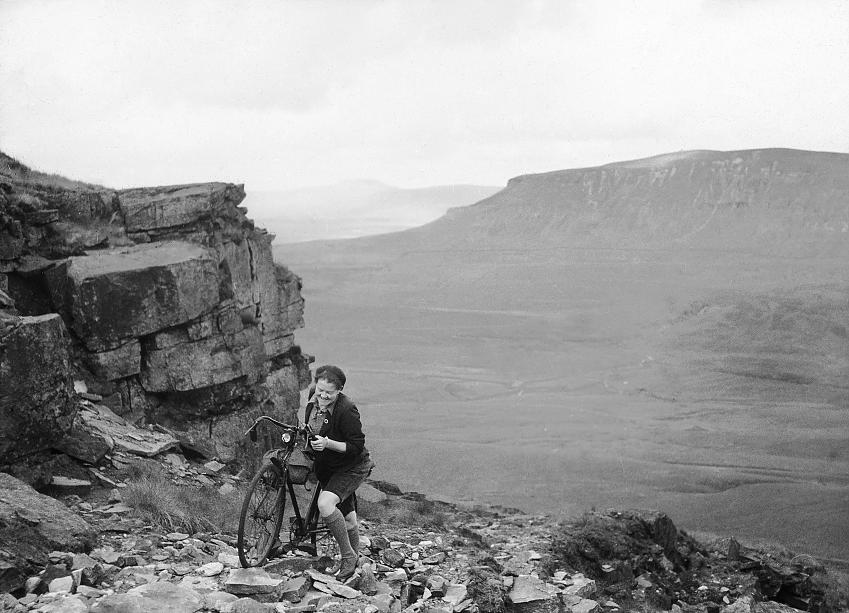 The funding success means the volume is likely to be printed and distributed in autumn this year.

If you have not supported the book’s publication already, there is still an opportunity to secure a copy of the second volume, along with other items celebrating the book’s launch, including a special edition Carradice Super C Longflap saddlebag, prints, postcards and a special hardback edition on Kickstarter.

Although the images shared are integral history of the club, RSF archivist Mark Hudson is keen to point out the Rough-Stuff Fellowship is very much alive and well, with new members always welcomed and encouraged. 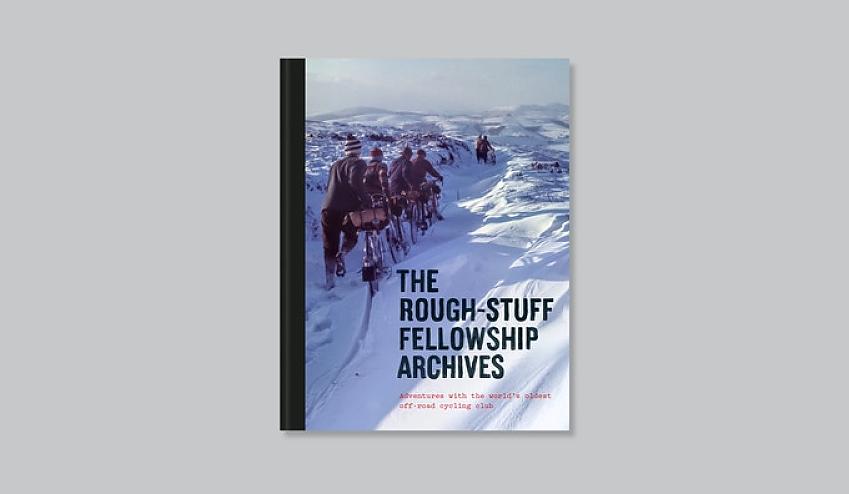 The Rough-Stuff Fellowship’s history is closely entwined with Cycling UK’s. It was member Bill Paul who put out the call back in 1954 for “rough stuff enthusiasts” and following the first ride in 1955 the world’s first off-road cycling club has continued. This photo archive gives a snapshot into this club, it’s members and the type of riding they do.

This archive is a beautiful work of publishing that calls to be picked up and flicked through. The end papers are an intricate hand drawn map of the region around the Colle delle Finestre by member E D Clements that have you tracing the cols with your finger and imagining adventures in the high mountains.

The photos are clearly the selling point. Organised by seasons of the year, they chart some of (mis)adventures of the club and its members from the 50s to the 80s – cue classic photos of short shorts in the snow, cycling capes and some truly incredible landscapes!

Despite spanning more than 30 years in pictures, surprisingly the clothing and bikes throughout remain remarkedly similar. Given the locations from Everest Base Camp to Snowdon, this is pretty incredible, and just goes to show today’s obsession with all the latest kit isn’t so necessary if you’ve a will for adventure.

The real highlight for me though was the account of the 1958 Iceland Expedition – it read like a polar exploration and is a fascinating insight into how the cycling community aided in the planning of such trips.

I absolutely love this book – I show it to all my cycling pals who visit and have joined the RSF on the back of it. I can’t recommend it enough.