Aberdeen City Council has decided to remove a cycle lane, only 54 days after it was installed to help people to exercise safely during the coronavirus pandemic. Local cycling groups have criticised the decision and called on people to write to the council.

Councillors in Aberdeen have voted to remove a cycle lane after it was in place for only 54 days. Reports indicate that councillors considered the cycle lane to be ‘excessive’, so the decision was taken in committee on 28 October.

The two-way cycle lane located on Aberdeen’s Beach Esplanade was installed to help people safely distance from one another whilst they walk, wheel or cycle. Space for the cycle lanes was created by reducing four lanes of traffic to two, whilst retaining parking spaces.

Aberdeen City Council has been given £1.76m by the Scottish Government’s Spaces for People programme to spend on temporary measures such as pop-up cycle lanes and widened pavements. There are a number of measures already in place in Aberdeen, including pedestrianisation in the city centre. However, the plan to remove the cycle lanes follows the discarding of plans for a temporary cycle lane on Ellon Road. Cycling UK expressed anguish over that decision earlier in October.

Aberdeen Cycle Forum has called on supporters to write to their councillors and the council to show the strength of feeling. We'd encourage our members to join the action and make their voices heard. 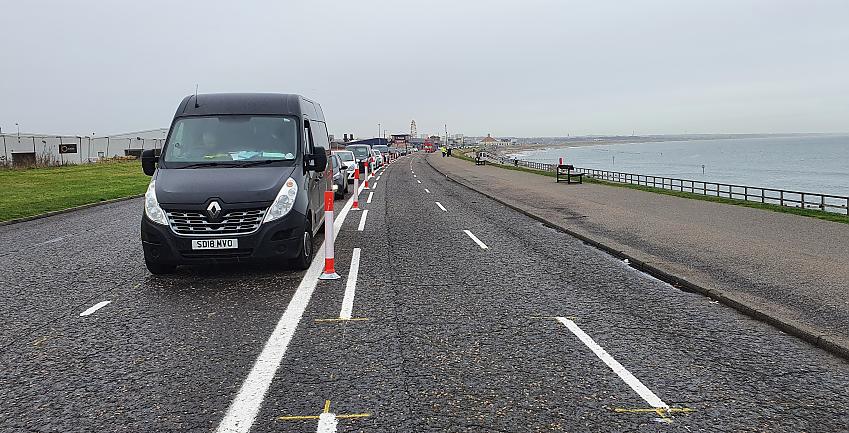 This decision is disappointing and ill-judged and we urge the council to reverse the decision. The council’s own papers show that the cycle lane has significantly increased cycling, including by children, and people getting more active.

Let’s not forget that it was brought in because of coronavirus – to help people move around and exercise safely. The pandemic is at a critical phase right now. People still need to get out and they still need to stay two metres away from others. The council has just made that harder.

Spaces for People measures are supposed to be temporary, and adaptable as we learn what works and what doesn’t. It is difficult to understand why councillors couldn’t ask their officials to make changes to the cycle lanes rather than totally removing a safe space for people riding bikes.

Scrapping the cycle lanes after only 54 days of use is a terrible waste of public money and we are keen to know if the Scottish Government thinks likewise.

Rachel Martin, campaigns and communications secretary for Aberdeen Cycle Forum, said: “We have been told that the main reason for the decision was the alleged difficulty for motorists unloading their cars. The Council could have increased the width of the buffer zone or even moved the car parking to the other side of the road so that it can be flush with the pavement.

Everyone benefits when more people cycle, not just the cyclists themselves. We should be doing everything we can to encourage and support cycling, not removing the only segregated path in the city.

“Before the cycle lanes were installed, the road had four lanes for traffic and there were problems with speeding along the route. It is easily wide enough to accommodate a good cycle lane and have space for cars. The Council must be willing to find alternative solutions, not just throw something out because of a few concerns.

"Everyone benefits when more people cycle, not just the cyclists themselves. We should be doing everything we can to encourage and support cycling, not removing the only segregated path in the city.”

At the same meeting a bid was approved to host the Tour of Britain cycle race in 2021.

Aberdeen’s councillors are giving mixed messages about cycling. They need to understand that supporting everyday cycling is more important than high profile sporting events if they want to boost cycling and improve people’s health.