The number of drivers found guilty of any 'causing death' offence in England and Wales dropped by 11% between 2013 and 2014, even though the number of people killed on the roads has recently shown an upward trend.

According to figures just released by the Ministry of Justice, 315 drivers were convicted of 'causing death' driving offences last year - an 11% fall compared with the 355 convictions for these offences in 2013. Although we don't yet know the total number of road deaths in England and Wales for 2014, we do know that Great Britain as a whole saw a 1% increase in the year to September 2014 over the corresponding period a year earlier (1,730 fatalities compared with 1,711). In short, prosecutions and convictions for fatal driving offences are down, despite an increase in the number of fatalities.

CTC's Road Justice campaign has long been concerned that the justice system is failing to take road crime as seriously as it should - and particularly that roads policing is bearing the brunt of cuts to overall police numbers.  So any sign that drivers who kill are becoming more likely to escape prosecution and conviction is deeply worrying.

Of course, finding fewer drivers guilty of 'causing death' in 2014 than in 2013 does not necessarily point to greater leniency, but CTC is aware of a number of recent 'no action' cases in which, arguably, justice has not yet won through: 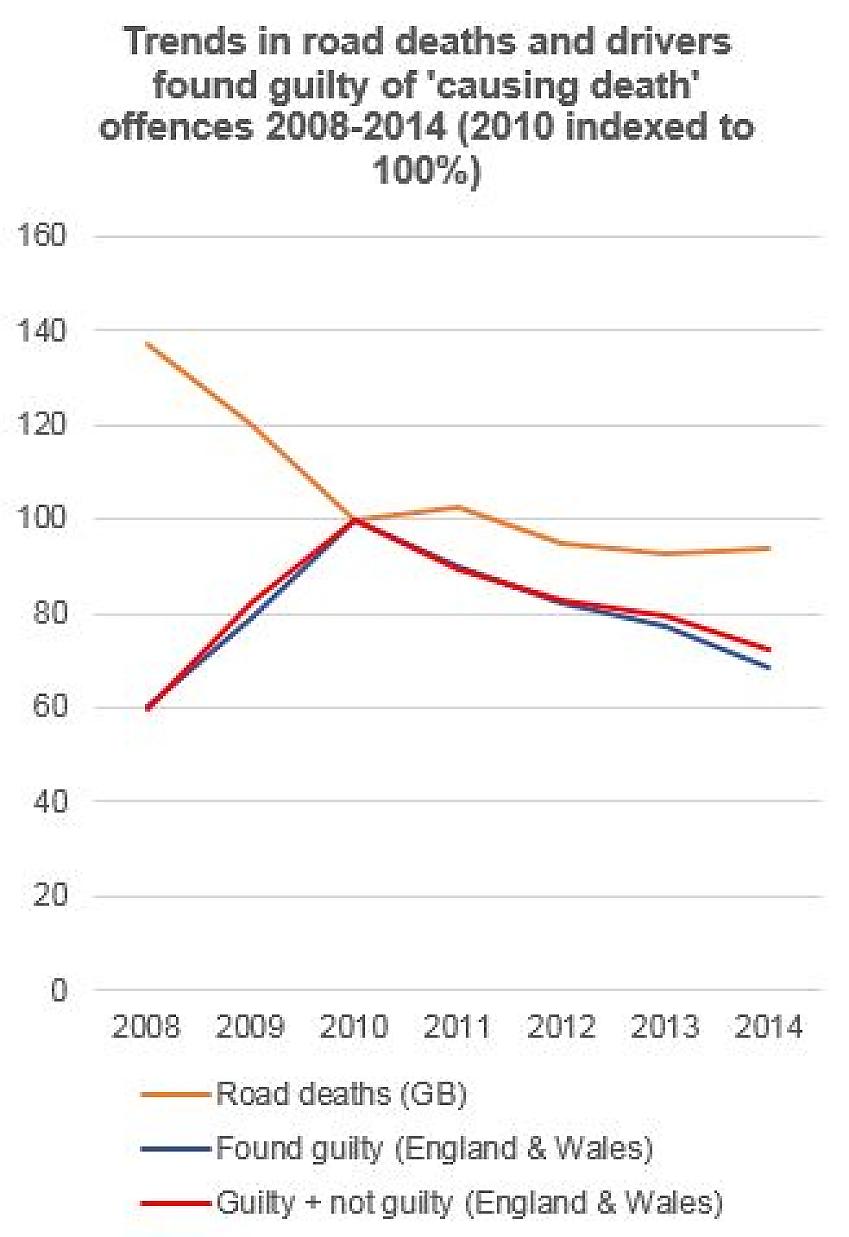 Since 2010, Ministry of Justice figures show that the number of drivers found guilty (or taken to court and found either guilty or not guilty) of 'causing death' offences has dropped more steeply than the number of road deaths (Note: the casualty figures in the table on the left are for Great Britain as a whole, given as a proxy indicator for the level of danger on the roads).

CTC believes that police failings are linked to the severe cuts that the service has suffered over recent years.

Adequate resources help make sure that police investigations are thorough enough to gather sufficient evidence to refer cases to the CPS, and for the CPS to pursue them.