The bicycling bard is Bach again

The bicycling bard is Bach again

Talented virtuoso guitarist - and CTC member - Richard Durrant is following up last year's successful tour of England using a bicycle and trailer with another trip this summer that will take him from Sussex to the Isle of Skye.

After last year’s successful, 1,500 mile, 36 concert, Cycling Music tour, the UK’s busiest, most entertaining, virtuoso guitarist is back in the saddle. This year the route is even more challenging as Durrant leaves Sussex and heads for the Isle of Skye playing concerts in theatres, arts centres, halls, churches, schools and bicycle workshops along the way.

Billed as 'Cycling Music Lap 2', the tour will start in Richards' home county of Sussex on Friday 1 May before he heads west and then north, finally reaching the Isle of Skye on Saturday 13 June and then returning to the south for the final three dates on 26 June, 28 June and 3 July.

Richard Durrant will pedal up to 100 miles between gigs carrying his show equipment on his bicycle and trailer, which also double up as stage equipment.  The extreme physical challenge of each day’s ride is just the beginning for him. After each ride, his work begins in earnest with a show featuring Bach’s Chaconne and his own Cycling Music for guitar, sequencers and pre-recorded bicycles, complete with spectacular projected animations.

The fitter-than-usual guitarist will also be carrying his ukulele to perform more works by Bach. Richard produced The Secret of Life by The Ukulele Orchestra of Great Britain and is something of a uke specialist. He will also be promoting his latest single, 'Subbuteo Table Cycling', which not only has a rhythmic beat reminiscent of pedals turning but also incorporates the sound of bicycle bells and horns.

This year, Richard is proud to be riding an Aurelius Colombus Zoma road bike built especially for the tour by Marek Aurelius.

We are pleased to announce that a donation from each show will be made to the Cyclists' Defence Fund (CDF). CDF is a charity supported by CTC which protects cyclists by defending their rights. It provides information and advice about all aspects of cycling in the UK and helps cyclists access legal assistance. It supports legal challenges relating to cycling, whether they involve a poor police response to a cycling incident, bad cycling infrastructure decisions, or cyclists wrongly charged for a cycling offence.

Thanks Richard and good luck with the tour from everyone at CTC! 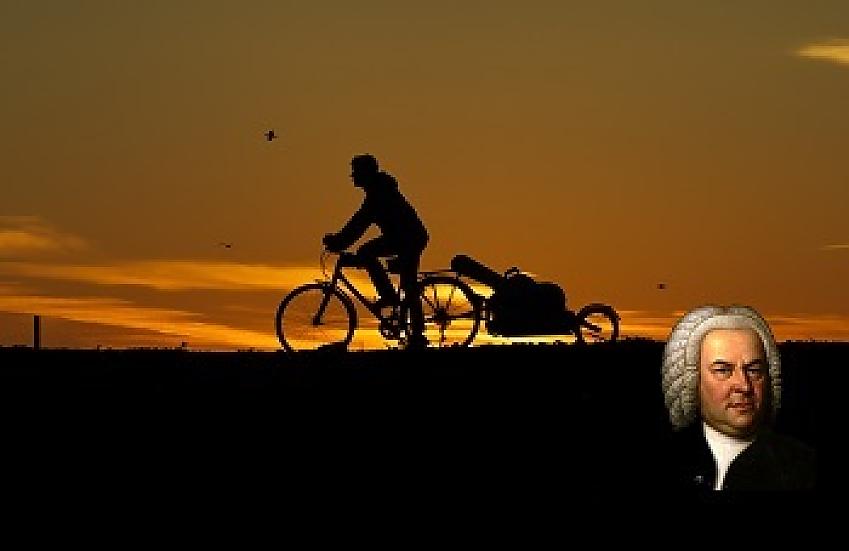