Lest We Forget: How Cycling UK honours fallen soliders

Lest We Forget: How Cycling UK honours fallen soliders

The Cyclists' War Memorial in Meriden was erected after the First World War and ever since then, CTC/Cycling UK members have met every year to remember cyclists who have died as a result of war.

Cycling UK has a long and interesting history, and many of our members fought in both the First and Second World Wars. Every year on 11 November, wreaths are laid and cyclists stop at the Cyclists' Memorial on the village green in Meriden in the West Midlands to remember those who died in war.

The memorial was erected in 1921 and 20,000 people turned up for its inauguration. Since then, CTC/Cycling UK members have gathered every year to honour those who died. Cycling UK organises a Cyclists' War Memorial service in May, where normally hundreds of cyclists gather together.

The BBC broadcast a feature from Cycling UK's Cyclists' Service at Meriden as part of the BBC World War One at Home series.

The feature explained how cyclists played a vital role in the Great War and how it is believed that the first British soldier to die in the war as a result of enemy action was a cyclist. Private John Parr was a reconnaissance cyclist, and his role was to ride ahead to discover information, then return as fast as possible to update the commanding officer. He was killed on 21 August 1914 near the Belgian city of Mons. Records show that he had been shot by a German patrol, but recent research suggests he was a victim of friendly fire, killed by either Belgian or French troops.

If you know of any CTC members who were killed in WW1, please contact Kay Lakin, as Cycling UK is collating information on our former members as part of a Cycling UK history project.

It is not possible to know precisely how many CTC members served over the full four years of the conflict, nor how many failed to return.

The CTC Gazette of February 1915 lists over 170 early volunteers and military personnel - these men would have been followed by many others as pals and later conscripts. Some joined bicycle battalions and cycle regiments, The majority served within the army in northern France, a few signed for the Naval Air Arm, which predated the RAF, and a few signed up to the Navy. Further lists were produced as the war progressed, and became shorter as the task became greater and the Gazette reduced in size.

From the information available, it has been possible to create a list of some CTC members known to have died as a consequence of war; most lie in northern France, some without known graves but acknowledged on memorials. 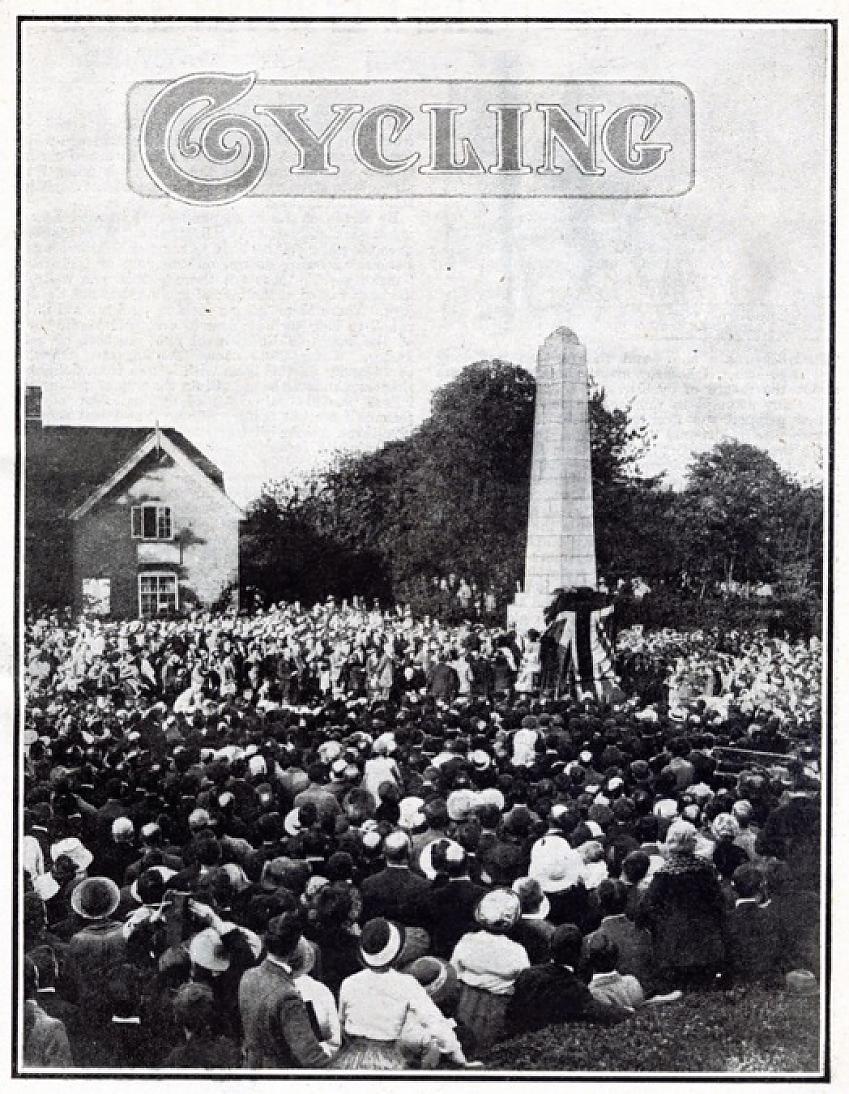 Above: The Cyclists' War Memorial at Meriden in 1921