As we remember all those who lost their lives in World War 1 a century ago, we would like to take some time to reflect on the role cycling and CTC had in the recovery of the soldiers who did come home, but who returned from the battlefields with physical and emotional scars.

August 2014 marked 100 years since the start of the Great War, while June of 2014 saw commemorations referencing 70 years since the D-Day landings on the Normandy beaches during WW2. So many soldiers and civilians lost their lives in the ensuing battles that it is hard to imagine the sheer scale of loss until you visit one of the many war cemeteries and see the numerous graves and names listed on memorials.

As well as remembering those who died, we would also like to take some time to reflect on those who did return from WW1 but harboured physical and emotional injury. They returned home profoundly changed, having seen so much to cause distress; many never fully recovered, having to adapt, instead, to their new found predicament.

CTC has a long history of supporting injured soldiers by giving them back a part of their freedom through cycling. In 1918, inspired by a letter from CTC member Thomas Barker, CTC put out an appeal to its members to donate bicycles or tricycles which could be used by convalescing soldiers in hospitals around the country. By January 1919, and thanks to the support of a number of CTC District Associations (today known as Member Groups), many cycles were donated.

Unfortunately, we don’t have any information about the soldiers who rode these donated cycles, but we do know that they were greatly appreciative. Indeed, the military authorities assured CTC that they were not only valued by the soldiers, but that they had also been found to be of great assistance in hastening recovery. The War Office approved of the scheme, and arrangements were set up for the repair and ongoing maintenance of the donated cycles.

Shortly after the Great War, CTC saw a surge in membership as servicemen returned from the battlefields. Many had been away from home for three years or more and returned with a restlessness which they could ease through cycling, a highly therapeutic activity. They joined cycling clubs to experience the comradeship they had enjoyed when banded together away from home. It was not just the exercise that cycling gave them, it also offered them freedom, adventure, friendship and, more importantly perhaps, a shared activity.

Many of the newly-injured returnees continued to cycle with their clubs. In 1920, Tommy Turner - known as the 'one-armed wonder' - of the Shaftesbury Cycling Club made it into the cycling press when he did the fastest time in the Thistle 50-mile race of 2hrs 27 minutes against able-bodied riders. Throughout this period, the demand for a range of adapted cycles increased and in the same year on 12 June, CTC co-organised a rally in Regent’s Park, London, to demonstrate the types of hand-propelled tricycles available. 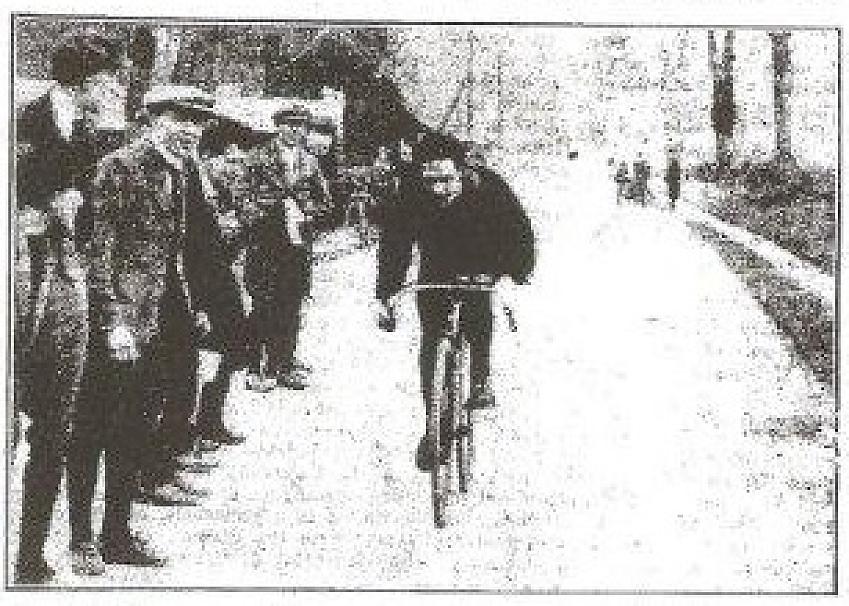 Above: Tommy Turner - the one-armed wonder - competing in the Forest 25-mile race. He used a hook for a hand grip. Photo from Cycling Magazine, 1 April 1920, courtesy of Shaftesbury Cycling Club

Today, CTC along with its partner, Cycling Projects, continues to enable people with disabilities to cycle. Our inclusive cycling network is made up of more than 40 affiliated centres nationwide who provide sessions using a range of adapted cycles for anyone, regardless of ability. We believe that cycling should be available to all because, as we said back in 1918: “The cycle is so wonderfully adaptable to all degrees of capacity”.