The Zoller and Fyfe Awards

Ride at your own pace going uphill!

The Zoller and Fyfe Awards

The Edward Zoller Memorial Trophy is a pewter Quaich presented to the Lothians DA in 1997 by Anne Hutcheson (nee Zoller) in memory of her father’s love of and life-long service to the Lothians District Association (DA).

It is now awarded annually to any member of the CTC Edinburgh Lothians and Borders Member Group who has given their time and skills in the service of the group, either in an official or non-official capacity.

The committee has adopted the convention that eligibility for the award should be restricted to group members who are not current committee members and who have not previously received it.

The award does require that nominations, with supporting testimonials are made to the committee each autumn.

It has since been awarded to:-

The Audrey Fyfe memorial award is made to any member of the Group who has selflessly nurtured and encouraged novice riders in Member Group rides, also either in an official or unofficial capacity.

The committee has adopted the convention that eligibility for the award should be restricted to group members who are not current committee members and who have not previously received it.

The award does require that nominations, with supporting testimonials are made to the committee each autumn.

It has since been awarded to:-

Edward Zoller was one of the six people who started ERC in 1925.  He was the leading light of the breakaways.  He was an insurance agent with W.G.M. Oliver, Solicitor and Insurance Agent and was at one time secretary of the C.T.C. Lothians D.A., and before that of the Edinburgh Amateur Bicycle Club.  Zoller didn’t do a great deal of racing himself – he just rode 10s and 25s.  He was a low gear specialist , riding 76″ at the very most.  We had a number of low gear races at the start of the season in those days.

Edward Zoller was a tall, lean man with a mop of white hair, and was known widely as “Mr. Cycling”.  His life to a great extent was dedicated to cycling; he wrote frequently to the press on cycling matters, and on occasions his views would excite controversy. He was the secretary of ERC for about twenty years until about 1970.  He’d been a official of ERC since 1925.  He was a leading light in keeping the club together, and keeping it going.  He was made an honorary life member of the CTC. He rode into his nineties, and on the day he died, aged 92, in the early 1990s he had just taken delivery of a new wheel from Robin Williamson.  He rode up and down the street outside his home to try it out.

Zoller was an RRA (Roads Record Association) observer from his early days and he followed nearly all the record attempts on Scottish roads.  He was a man of principle, and he enforced the rules strictly, which caused a few controversies.  One of the earliest record attempts by a professional was in about 1930, from Land’s End to John o’ Groats.  Zoller organised  a boat to take him across the Forth – that was before the bridge was built – to go from Granton to Burntisland, but the rider never turned up.  He had abandoned, but Zoller still had to pay for the boat!  Zoller wrote to the rider to complain about being let down, and the rider sent the bike he’d used for his record attempt to Zoller as compensation!

Audrey Fyfe was an inspirational member of the Lothians and Borders Cyclists Touring Club from the early 1950s.  She held positions of Social Secretary and Chairman and was awarded the Edward Zoller Trophy for services to the club in the year 2000. She was from a cycling family; husband Ian and daughters Aileen and Linda were all regular riders with the club at one time.

She is remembered for her selfless support of new or weaker riders and had a reputation for sorting things out and putting others before herself.  She was the life and soul of a party but never sought the limelight.  She would chat to everyone and often did this without difficulty on the steepest of hills!

Audrey was a regular at Birthday Rides (to celebrate the anniversary of the founding of the CTC) and helped organise rides to Melrose in 1980 and Haddington in 1987.  She joined in all the New Year meets which were often a few days away at Melrose or Pitlochry.

Audrey was extremely hospitable and often welcomed the club ride back to the house for home baking and coffee to sustain them on the last leg home and regularly provided haggis, neeps and tatties for the Burns Suppers.

At AGMs, she was very sensible and measured in her comments.  A CTC councillor from the 1990s recalls she was not backward at voicing her opinions which he valued and respected.

Tragically Audrey died in a road accident in 2011.  Her family donated this award in her memory. 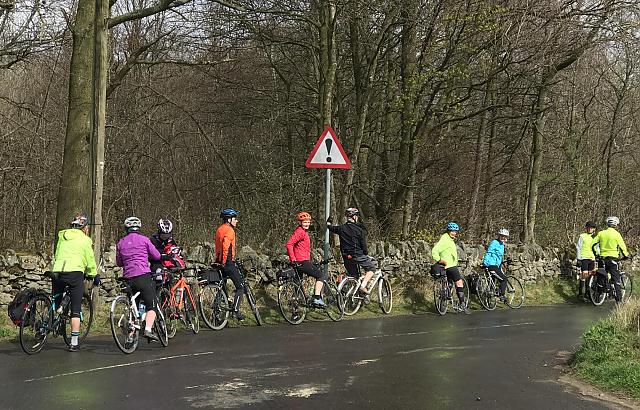 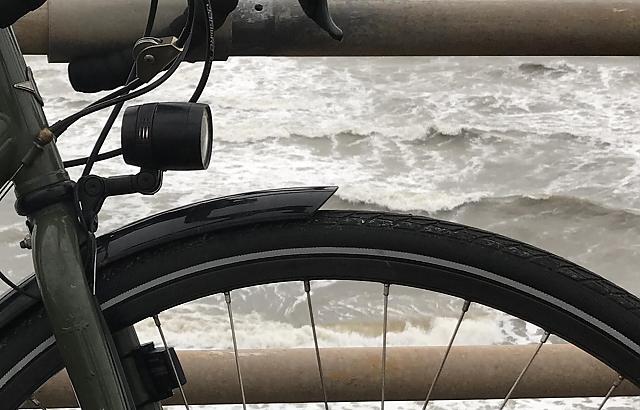 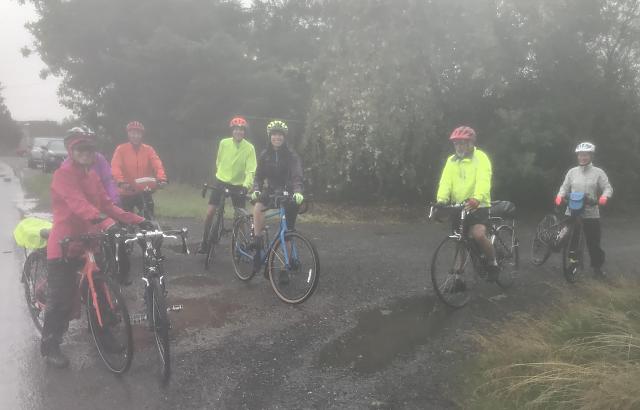