After riding these two bikes, I’m now a confirmed pedelec fan. I even used one of them in preference to a pedal-only bike for a trip where the latter would have done perfectly well. In fact, I’d go so far as to suggest that for some journeys made by bicycle, a pedelec makes more sense than a plain push-bike even for those fit and strong enough to have no other excuse to go electric than that they don’t want to get too hot…

Electric-assist bicycles are usually regarded as being aimed at those who feel the demands of unassisted cycling to be too great: distance, head winds and hilly terrain, which would otherwise surely deter many potential cyclists from taking to two wheels, are largely nullified by the addition of a motor. The extra power required isn’t huge: just 200W, or one third of a horsepower, is enough to push the average cyclist on a racing bike along on the flat at around 20mph.

The two bikes – from Cube and Giant – are both pedelecs rather than twist-and-go, throttle-style e-bikes. They require the rider to pedal in order to receive assistance from the motor. Stop pedalling and the motor stops providing power. Furthermore, the motor won’t give any assistance when the bike travels at more than 15mph. UK regulations don’t necessarily require the link between pedalling and assistance, but it seems to be the current norm for such machines, which are legally classed as pedal cycles and can be ridden without need for registration, insurance or a licence.

On first appraisal, there’s not much to choose between them in terms of equipment and build. Both feature front suspension, a beefy aluminium frame designed to offer a low step-over height, and hydraulic disc brakes. Indeed, so close is their specification that one might be inclined to choose between them on the basis of appearance alone: both boast a suspension seatpost, integral kickstand, derailleur gearing, sturdy urban utility tyres, lighting front and rear powered by the battery pack, and full mudguards.

They even place the battery pack in the same place, inside a cage above a welded aluminium rear rack integral with the frame. Compared to the obvious alternative locations on the down and seat tubes, this puts the battery’s weight high and a long way from the steering axis but does keep it out of the rider’s way. On the other hand, it means that any load placed on the top of the rack is higher than it might be. The same is true of panniers attached to the rack. These would presumably need to be sourced from the relevant manufacturer, since neither rack will accept the hooks of a standard pannier.

Adding to the slightly top-heavy feel of both bikes is their sheer height. Both put the bottom bracket axle about 290mm above the ground, which is some 20mm higher than usual for a road bike. This puts the rider a long way from the ground when riding. It made life needlessly difficult for the Cube’s 5ft tall test rider, who disliked having to scale the saddle’s giddy heights when setting off. It is hard to see any reason why either cycle should not sit much lower to the ground; it would certainly make life easier for smaller riders.

Minor cycle part differences are revealed on closer inspection. The Cube’s kickstand is a little long, holding the bike at a precarious near-vertical angle on level ground. The Giant sports a handlebar stem usefully adjustable for angle, while that of the Cube fits over the top of the steerer and offers little height adjustment. The Giant has a Monoshock suspension fork that rocks about at a standstill but which feels fine on the road, while the Cube sticks with a conventional MTB-style fork.

The front mudguard on both is on the short side, especially for a utility cycle, and could do with a decent mud-flap. Giant offer nine derailleur gear ratios, Cube ten, both operated using indexed finger-and-thumb shifters. The Cube’s frame has a double-chainstay arrangement, built both to cope with the drive loads of the electric transmission and to offer a stable platform for a chaincase. The bike, however, has a simple guard that does little to keep muck off the chain. 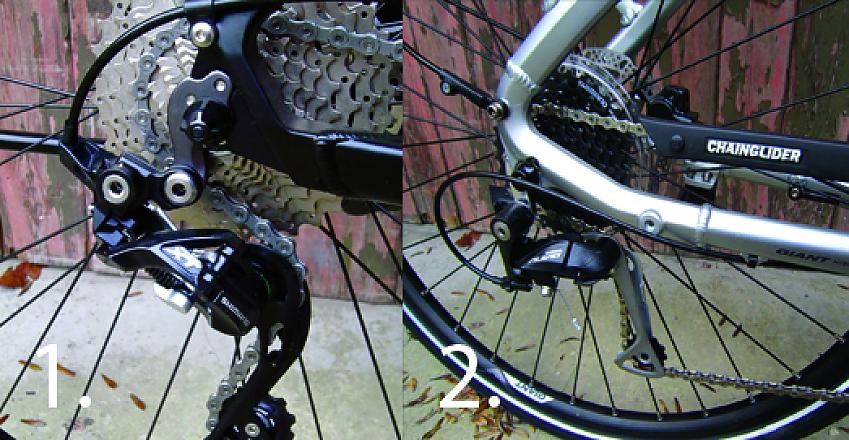 1. If you want to drain the battery less when you climb hills, the 10-speed drivetrain of the Cube is easier to equip than the Giant's with lower gears. It would be feasible, for example, to fit the Praxis Works Cassette.

2. The 9-speed 11-34 cassette on the Giant is as big as the Alivio derailleur is designed to cope with. For most users, that will be a sufficiently wide range, however, thanks to the extra motor power (up to 250W) available.

The interesting stuff lies beneath… Both cycles employ a sort of ‘power module’ that sits under the frame in place of a regular bottom bracket assembly. While the Giant uses a Yamaha module, the Cube’s is made by Bosch. The obvious visual difference is in the relative sizes of the chainrings; that of the Bosch system has a mere 15 teeth and rotates 2.5 times faster than the cranks thanks to internal gearing, while the Yamaha has a regular 38T ring that turns with the cranks. The small chainring on the Bosch is intended to minimise the likelihood of chain derailment and enhance ground clearance; the unit itself has a quicker take-up and more sophisticated feel than that of the Yamaha, which is a whopping 500g lighter.

Enclosed within the cast aluminium casing of the module is an electric motor and a bank of sensors. These detect when force is applied to the pedals and tell the motor to add more via the chainring shaft. Although maximum power is limited to 250W, torque is impressive, with the Yamaha said to peak briefly at 80Newton-metres, which compares with a decent-sized motorcycle. This can be felt when pulling away from a standstill, from which both can accelerate, in max-boost setting, at a genuinely impressive rate.

It’s all over by 15mph, of course. This is surely fast enough for the majority of the target market and it more than satisfied the Cube’s test rider. Neither bike is limited to that 15mph; it’s simply the speed at which the motor ceases to provide assistance. Even on a gentle downhill, it is easy to get to pedal-only speed, at which point they both suddenly feel very sluggish, both machines offering a strong cyclist the possibility of a serious workout. My test route included a mile-long gentle slope, on which it was possible to get the motor to cut off uphill. By easing back until the point where it kicked in again, however, effort was seemingly halved for a barely-noticeable reduction in speed.

The obvious question is how much boost do you get? The simple answer is: as much as you can persuade the system to deliver up to a continuous 200W or brief 250W – and that 15mph ceiling. The sensors deliver boost in proportion to pedal force, so the harder you pedal, the more boost you get. It’s a bit more complex than that, since both versions offer a choice of power settings accessible from a handlebar switch: Turbo, Sport, Tour and Eco with Bosch; and Sport, Normal and Eco with the Giant’s Yamaha.

Obviously, you get more boost, and therefore go faster for the same gear and pedalling effort, in the higher settings; otherwise, weaker riders might struggle to reach 15mph on the flat. Nor is it the case that, in the highest setting, either bike will sail up the steepest of hills at 15mph as you tread softly on the pedals. In which gear and how fast you climb a 25% gradient will depend on how much pedal power you can add to the motor’s 250W maximum. If you and the bike need 500W to climb at 10mph, you’ll need to deliver 250W by pedal. I tackled the 25% hill behind my house on the Giant and rode up easily with a low gear to spare, but had to work hard in the next highest gear or the bike simply lost speed. In other words, you’ll need to tread hard to extract 250W from the motor.

Battery range depends entirely on how hard the motor is used, but anything from 40 to 80 miles is said to be possible. Both systems offer LED capacity gauges to keep track of remaining battery life. Recharging from flat should take a couple of hours. Both batteries can be unlocked and removed from the rack for charging, but while the Cube’s can be charged on the bike using a port hidden behind a rubber flap, I could find no auxiliary port on the Giant so the battery had to be removed.

If choosing between the two cycles, the neat Bosch LCD handlebar display unit on the Cube might swing it, since the Giant offers no such luxury. On the other hand, the latter is £200 less expensive. Otherwise, there’s little to choose between two cycles that share the same high build quality, excellent component specification, sit-up-and-beg riding position, and somewhat lofty comportment.

This article was first published in the February/March 2016 edition of Cycling UK's Cycle magazine. 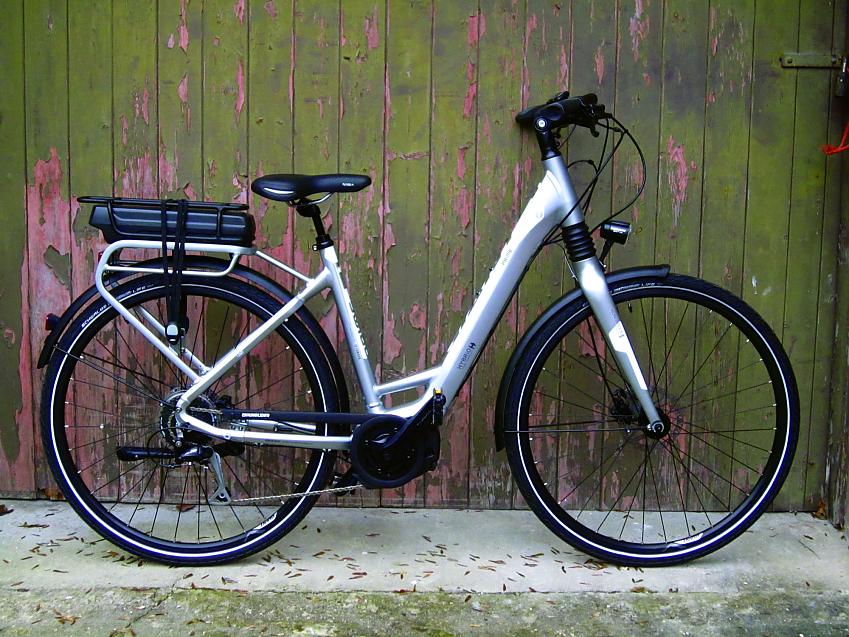 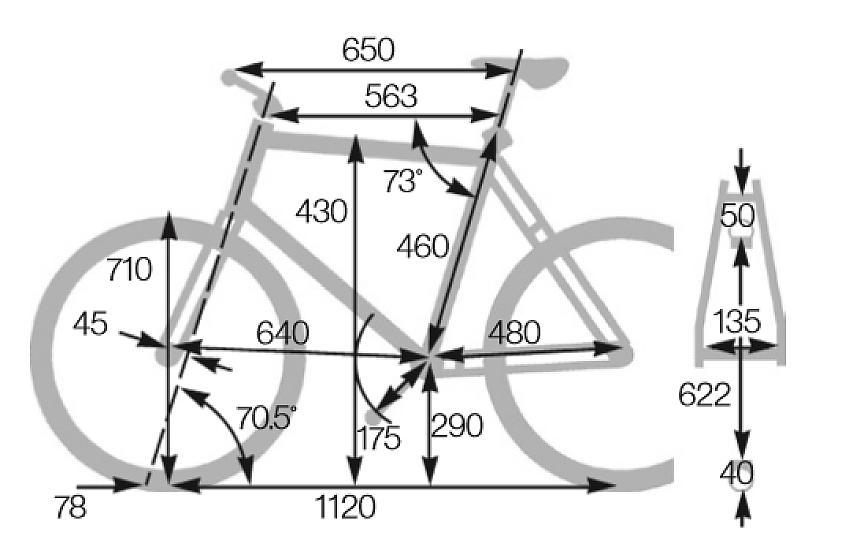 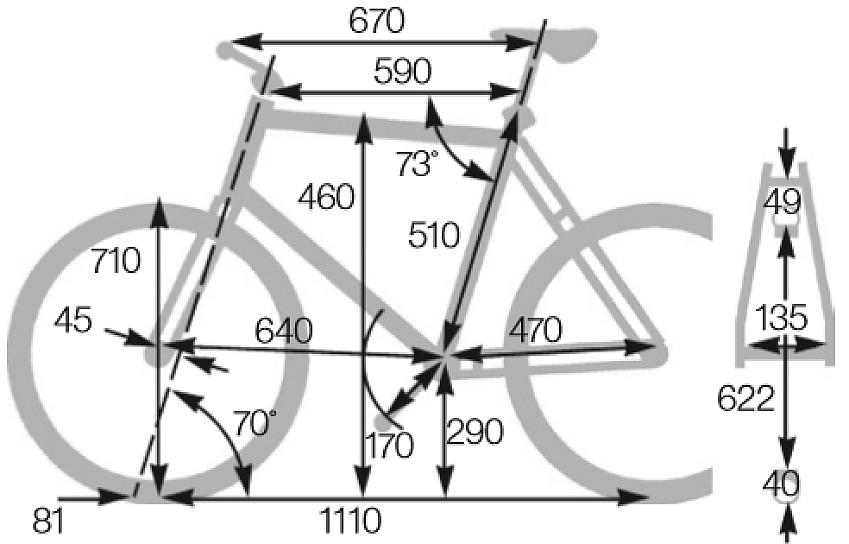