Thinking about going tubeless? Find out which of these tyres are best.

Reduced rolling resistance, improved comfort, and fewer punctures: these are the benefits touted for tubeless road tyres. A measure of liquid sealant goes in the tyre instead of an innertube. It’s not a simple swap.

Going tubeless isn’t cheap, and fitting can be messy. However, tubeless tyres can be run at lower pressures as they don’t pinch puncture. On imperfect roads, rolling resistance is thus lower due to reduced bump losses.

The lack of an innertube should reduce internal friction (hysteresis) and reduce rolling resistance further. Small holes are sealed automatically, with some loss of pressure. Carry a spare tube for larger holes. 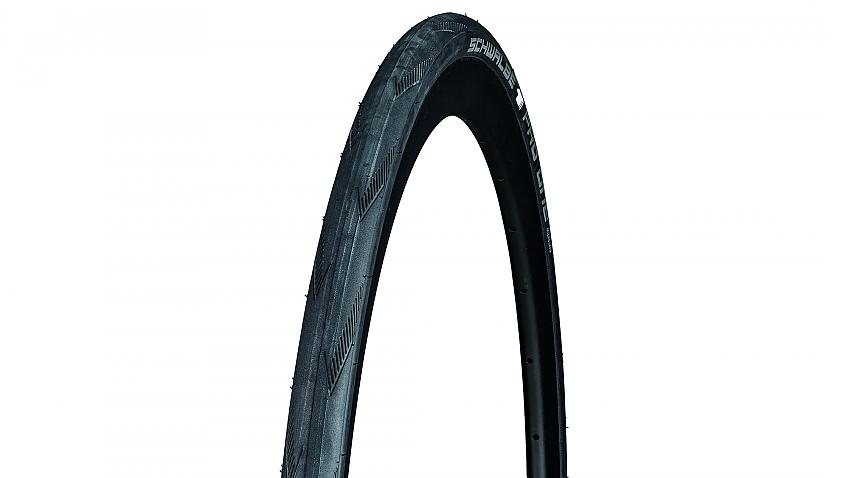 Schwalbe weren’t the first with tubeless road tyres but they’ve been pushing them hard, declaring them the future. A future, certainly, judging by the Pro One. This is a new improved version that’s lighter and evidently more cut resistant and quicker rolling than its predecessor. It does roll very well. It’s among the fastest tyres I’ve ridden and was second here only to the Specialized (by a difference that’s within my roll-down test’s margin for error).

It’s exceptionally comfortable for a road bike tyre. The 25mm nominal width stretched out to 27.3mm on the wide Novatec Thirty rims and can be inflated to a mere 70psi. At that pressure, it glides over any road roughness or irregularity like a really nice tubular.

Fitting and inflating it was a doddle compared to a traditional clincher let alone a tubular – and it won’t get binned after the first thorn, unlike a tube.

​Verdict: Comfortable and fast, the Pro One fully exploits the lower-pressure potential of tubeless. 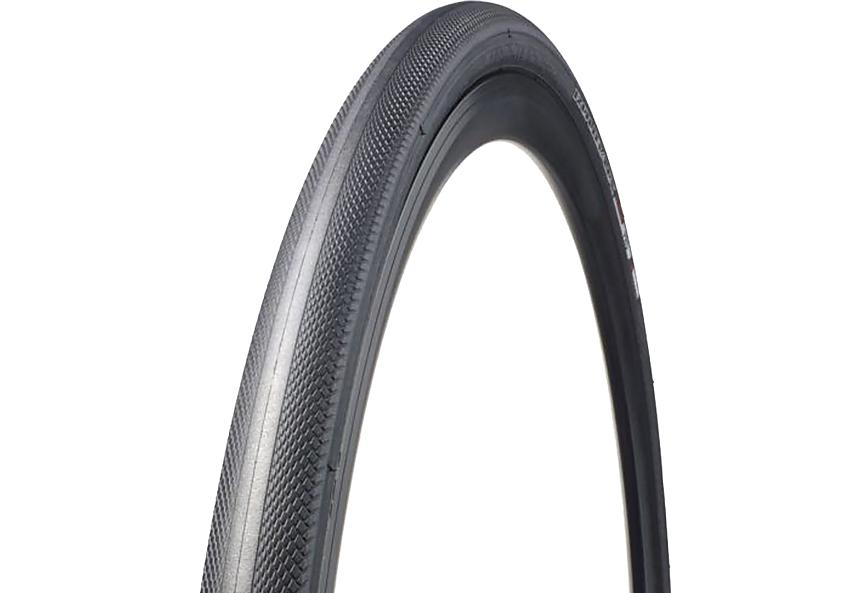 Specialized call this tyre 700×23/25C the slash is because it’s a 23mm-width tread on a 25mm casing. It is about 25mm wide – less than I expected, because tubeless rims are wider to support the tyre better and stop it rolling off, plumping up tyre width as a side effect.

The Roubaix RT is comfortable enough but didn’t roll over rough tarmac or Scarborough’s Marine Drive pavé as smoothly as Schwalbe’s Pro One, which is only nominally the same width. It’s surprisingly fast-rolling, however.

This is an endurance tyre not a race tyre, and Specialized describe it as an all-rounder that’s also suitable for ‘rough field roads’. Yet according to my roll-down tests it was narrowly the fastest here, just pipping the Pro One. Getting it on the rim and inflated was effortless.

​Verdict: A very quick and capable any road tyre. Sadly, in only one size. 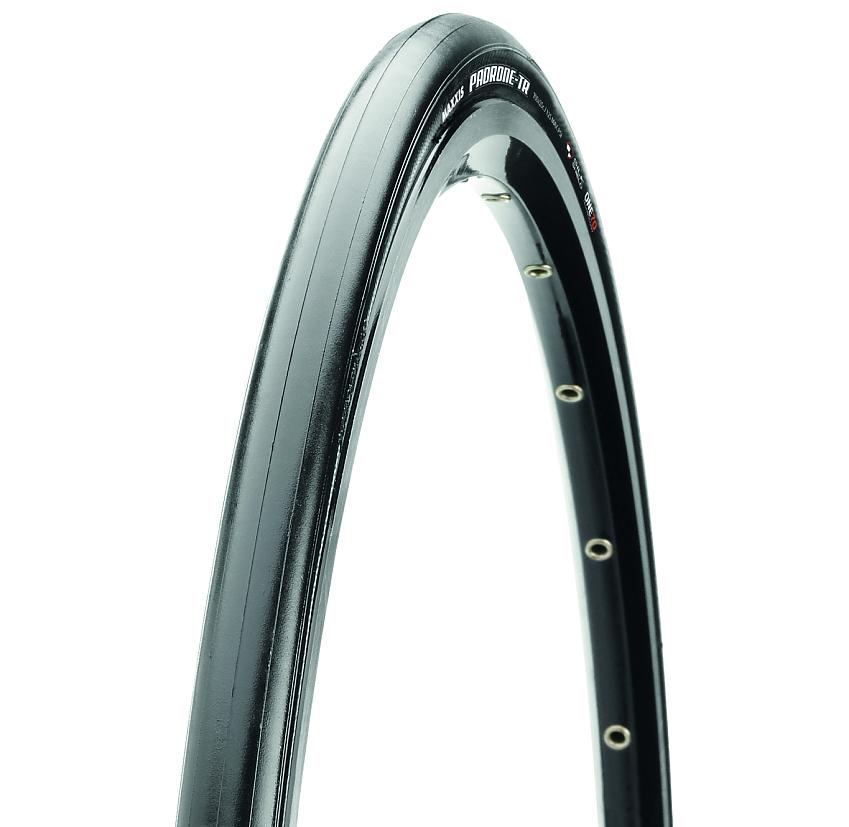 TR stands for tubeless ready, a description I’d dispute. I spent a lot of time, effort, and tyre sealant trying and failing to get the Maxxis Padrones to pop into place on my tubeless rims. The Airshot wouldn’t do it – a first. Nor would the usual tricks such as putting a tube in temporarily to get one bead in place or spraying soapy water on the beads. It would not take air. I didn’t try building up the rim with tape as tubeless tyre tolerances should be better than this, given the consequences of failure.

I did try them with an innertube. They were very good, handling and rolling like a quality road tyre should. But putting a tube in defeats the purpose of a tubeless-ready tyre.

Verdict: Too loose on the rim to go up tubeless. Disappointing. 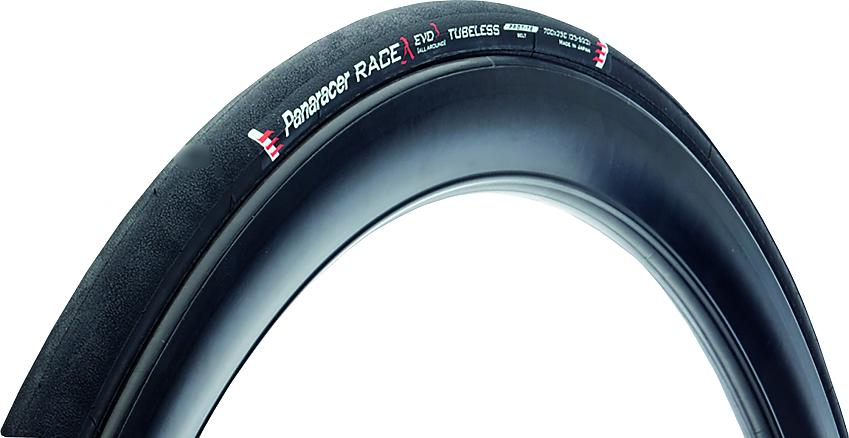 These are the narrowest tyres here, nominally 23mm and measuring little more. It wasn’t that Panaracer didn’t get the memo – that 25 is the new 23 – rather that the 23mm option was all the distributor had available. They weren’t quite as easy to get on the rim as advertised; I needed a tyre lever. But they went up well, held air well, and rolled well.

There was little to differentiate these from the Specialized Roubaix or the Schwalbe Pro One in roll-down terms. In the past when I’ve tested Panaracer Race tyres, I’ve found the tacky tread picked up fine road grit. That wasn’t a problem, despite the lower pressure. Grip was fine too, showing that rubber compound trumps tread pattern on tarmac.

Verdict: User-friendly and easy rolling, but 23mm only trumps 25mm for tight-clearance bikes.

This article was first published in the June/July 2016 edition of Cycle (the magazine for Cycling UK members).

How to choose the best tubeless tyres

I performed six roll-down tests on each tyre and on a benchmark Michelin Pro 4 Endurance (with tube). The tubeless tyres were notably quicker than the Michelin but the differences between them were tiny – smaller than any roll-down tests I’ve done before.

A tubeless tyre’s bead must lock tightly against the rim so that it won’t roll off or ‘burp’ air. If the bead is too loose it can be difficult to inflate in the first place. ‘Ghetto style’ tubeless (Google it) is not advised for road tyres.

Tubeless tyres are slightly more robust than comparable tubed tyres, with an impermeable layer to keep the air in. Yet they are as light or lighter overall, because 30-50ml of sealant saves at least 50g over an innertube.

Tubeless rim tape: Unless your rims are fancy ones with no spoke holes in the well, you’ll need tubeless tape to keep the sealant in; this replaces any other rim tape. Apply two layers for road tyres.

Tubeless valve: Tubeless valves have a rubber plug at the base to seal the rim hole. The knurled nut that’s normally optional on a Presta stem holds the valve in place.

Sealant: You can remove the valve core and syringe sealant into the tyre but it’s simpler to pour it in before fitting the last section of bead. Sealant lasts 3-6 months. Note: top up with air often.

What are the pros and cons of tubeless tyres? View

How do I stop spokes from breaking? View
Cycling UK continues to support the UK to cycle
This remains true during this difficult period with the ongoing threat of coronavirus Covid-19
Read our latest advice on cycling
Join Cycling UK to help us change lives and communities through cycling
Membership gives you peace of mind insurance, discounts in cycle shops, rides & routes
Join now