The Antrim coast is ideal for touring after the Giro departs
By cotterell
Tuesday, 1 April 2014

The first maglia rosa of 2014, the pink leader’s jersey of the Giro D’Italia, will awarded in the capital of Northern Ireland, where the first two stages start and finish. It’s a real coup for the city. But what will the impact be of the race in the weeks and months after this grand tour has moved on?

Helicopter shots of the peloton traversing the countryside, and of the places of interest passed en route, are always good publicity. ‘RCS, the Italian owners the Giro D’Italia, loved the Irish roads, saying that they are some of the best they have seen,’ said Tim. ‘They’re seldom straight or flat, meandering through a countryside of small hills to the next town or village. It’s also a small country, so tourists can cycle and see a lot even on a short stay.’

As proof of this, stage two of the race goes from Belfast up to the north coast, passing by the Giant’s Causeway, and back again down the Antrim coast – possibly accompanied by panoramic helicopter shots of the nearby Mull of Kintyre in Scotland.

‘The TV coverage should show off our beautiful natural landscapes and landmarks, inspiring future visits,’ Tim said. ‘The Giro is estimated to return about £10m for a £2.5 initial investment. The Northern Ireland Tourist Board expects 140,000 visitors, based upon available beds in hotels and B&B.’

There is also hope that the media focus on cycling will encourage ordinary people to get on their bikes, to improve their health or simply to get about from A to B. Cycling UK is involved in this legacy work. ‘It should offer a landmark opportunity for change,’ said Tim. ‘Cycling UK will be partnering with Belfast City Council at the Giro Festival to celebrate all things cycling and Italian culture. “Try it” cycling sessions with be available to locals and visitors at the festival hub. Restaurants will offer pizza, Italian coffee and biscotti.’

Mark Cavendish on the front in Arezzo, Italy, in the 2012 Giro

It’s not simply a carnival occasion to celebrate cycling, although that is part of it. ‘Trial public cycle hire bikes and docking stations will be set up by prospective suppliers of public cycle hire schemes during the Giro weekend,’ Tim said. ‘Cycling UK sits on the Public Cycle Hire project board, representing the needs of cyclists and prospective cyclists. [After the race] we will continue to work with the council and other board members to promote engagement and active travel behaviour change.’

Getting kids on bikes

The Giro also represents an opportunity to promote cycling to children, for leisure and for cycling to school. ‘A schools resource pack has been adapted and is being made available to more than 280 schools neighbouring the Giro route,’ Tim said.

Given the opportunity to get on their bikes, children respond well to cycling promotion. Cycling UK has evidence of this first hand in Northern Ireland, having begun a partnership with Belfast City Council in 2010 to run Cycling UK’s Bike Club project. Youth cycling groups were set up across the sectarian divide, on The Falls Road (a largely republican area) and the neighbouring Shankill Road (largely loyalist).

‘The Falls and Shankill Roads of Belfast have a notorious association with the troubles in Northern Ireland,’ Tim said. ‘Both areas have high levels of deprivation, and the outcomes for young people tend to be poor – in terms of education, health, employment and social behaviour.’

But both Bike Clubs have been a great success. ‘The Falls Park Bike Club is led by council parks outreach officer, Michael Culbert,’ Tim said. ‘He’s an enthusiastic character who wanted to provide cycling activities alongside their varied park programmes with schools, sports clubs and community groups.’ And he did exactly that.

‘The Shankill Area Project Bike Club is led by Mark McBride, a senior youth worker with Belfast Education and Library Board. Mark works with Noel Maguire, who is passionate about what mountain biking can do for young people, since it’s something they really enjoy. The Shankhill club beat their first -year target of working with 300 young people in just four months.’

If you’re traveling to Belfast to watch the Giro in person, it’s well worth bringing a bike, Tim reckons. As soon as the race caravan has departed, you can explore the roads that the pros race on – and more. I asked Tim where he’d recommend visiting by bike, for anyone who had a day or two to spare.

‘Definitely head for the Dromara hills, and ride through the foothills and into the Mourne Mountains. The author CS Lewis once said of this area of natural beauty: “I felt a Giant could walk around from the next hill at any moment.” The landscape partly inspired the Chronicles of Narnia.

‘If you have another day, get the train - or cycle like the professionals - from Belfast to Portrush. Ride along the Giant’s Causeway coast towards Bushmills, home to that famous whiskey. Enjoy the views across White Park Bay, then walk down to the beach, which you can often enjoy all by yourself. Travel onwards to Ballycastle. If you’re visiting at the end of August, you can sample dulse seawead and ‘yellow man’ honeycomb at the Auld Lammas Fair here. Murlough Bay is next, then Torr Head, the closest point to Scotland. Then head back down the Antrim Coast road to Larne.’

The first three stages of the 2014 Giro D’Italia take place on the island of Ireland: the first two wholly in Northern Ireland, stage three crossing the border into the Republic.

Stage 1 on Friday 9 May is a 21.7km team time trial through Belfast. It starts in the Titanic Quarter in the city centre and heads out along Newtonards Road and Upper Newtonards Road to Stormont, returns the way it came until it nears the River Lagan. Crossing that, it heads south on Oxford Street, looping around to finish on Donegall Square North.

Stage 2 also starts and finishes in Belfast but is 218km. The race heads inland to Antrim and then north towards Portrush. There’s an intermediate sprint at Bushmills, then the race comes back down the Antrim coast, with category 4 climbs at Cushendall Road (125.9km) and Knocknagulliagh (194.4km). 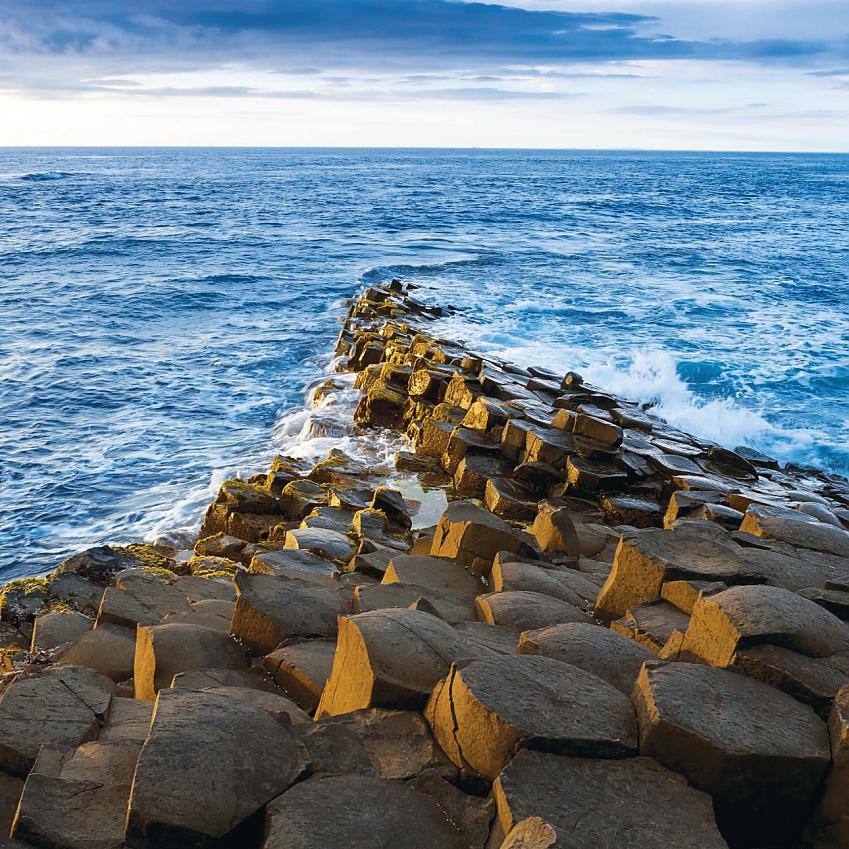 Stage 3 is 187km, from Armagh to Dublin. It snakes over category 4 climbs at Markethill Summit (32.1km)and Fews Forest (51km) and in Northern Ireland before heading south and crossing the border and heading through Dundalk. There’s an intermediate sprint at Castlebellingham (97.3km), then on to Dublin via Balbriggan.

Tim Edgar says: ‘For the team time trial, I’m heading to the Carson’s statue which stands in front of the Northern Ireland Assembly building at Stormont. Not because of its notable location, but it’s the steepest part of the course with a long 10% climb. That should slow the teams down enough for me to savour the fact the Giro is actually on my home soil!’.