Over half the route is on greenways

"Another ‘Route Barrée’! I just don’t believe it!” Cycle path closures were a common problem on our way to Paris. In the end we mostly ignored the signs; a bike can usually get through.

The Avenue Verte is a largely traffic-free route between the two capitals. Yet it proved more of a challenge than we had anticipated. The terrain was varied, from fabulous smooth cycle paths on old railways to considerable climbs on country  roads. Some of the off-road sections took us along the edge of arable fields. 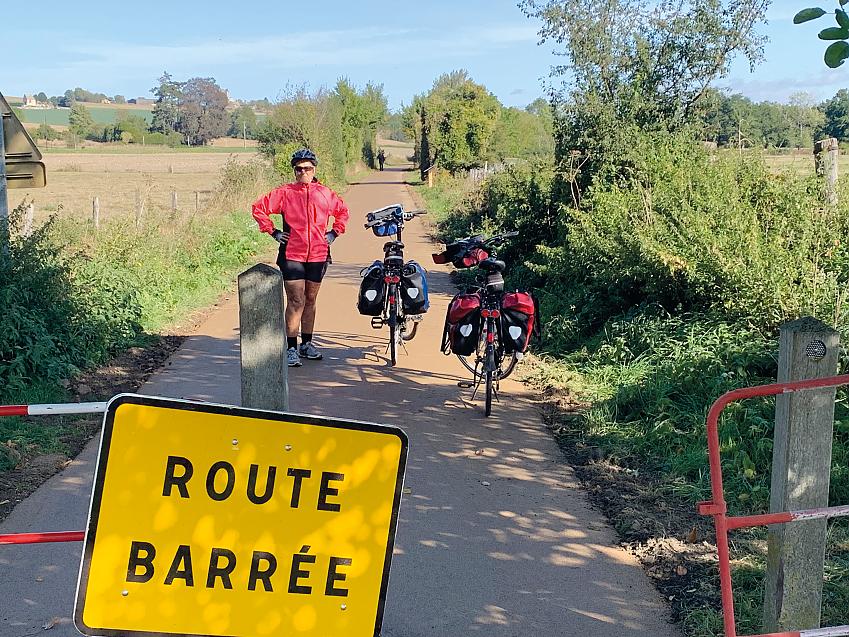 We followed the Epte and Oise valleys through the rolling landscape of northern France. There’s a choice of approach routes to Paris; we took the longer, eastern way, which offered great riding along a new cycle path to the cathedral city of Beauvais.

Another 60km took us to Senlis and its cobbled, narrow streets. That was an eventful day. We were flagged down in the forested section by a ranger: there was a tree blocking the road ahead. We couldn’t get through even if we carried the bikes, we were told. A hastily-found rough track took us round the obstacle.

We arrived in Paris via a fantastic ride alongside the River Seine, and continued along the Canal St-Denis. It was all flat easy riding. 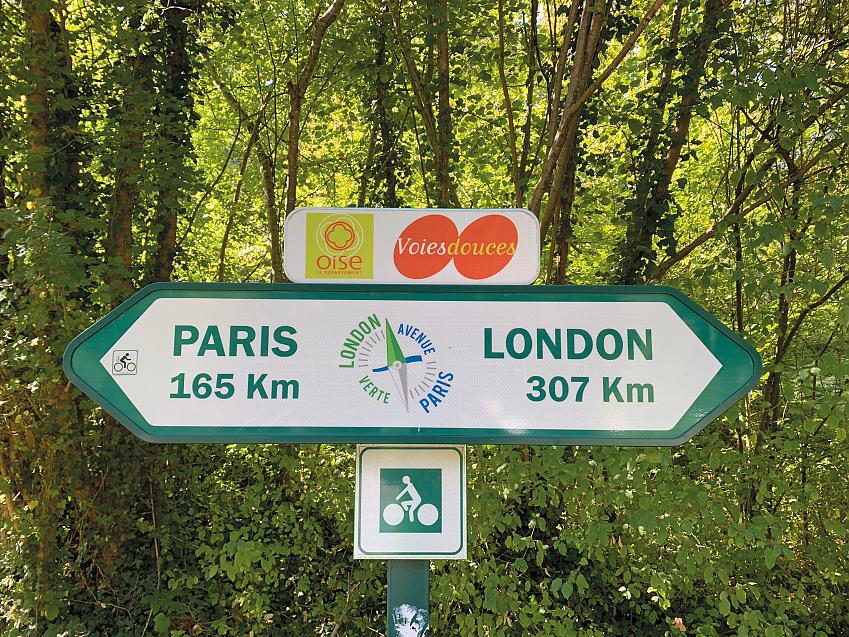 For our return journey, we retraced our route to the split at Neuville-sur-Oise, following the shorter western route back via Gisors to Gournay-en-Bray. Then we rode to Dieppe along well-signed cycle paths.

We didn’t start from London, choosing instead to cycle from home in Kent. Mostly the sun shone on us. We cycled 668km there and back over ten days. It was a great, accessible, cycling adventure.

Travellers' Tales: Cycling to catch the ferry to France View