Delayed by a late-night visit to an ice cream parlour, we had left Regensburg late and were now pedalling in moonlight beside the Danube. We heard a band playing, turned a corner – and saw couples ballroom dancing under the stars!

It was a magical end to the Bavarian stage of our 450-kilometre ride from Munich to Prague. Regensburg, one-time capital of the Holy Roman Empire, was the first of two World Heritage sites en route. One gorgeous cobbled square led to another, full of colour and life.

Fewer cycle paths in the Czech Republic meant we were often on roads. An air of neglect in some villages contrasted sharply with the vibrant city life, particularly in Pilsen, which was celebrating being 2015 European Capital of Culture.

Initial concerns about cycling into Prague proved ill-founded. Cycle tracks A1 and A12 led us right into the centre to enjoy the castle, stunning views, and divine food. 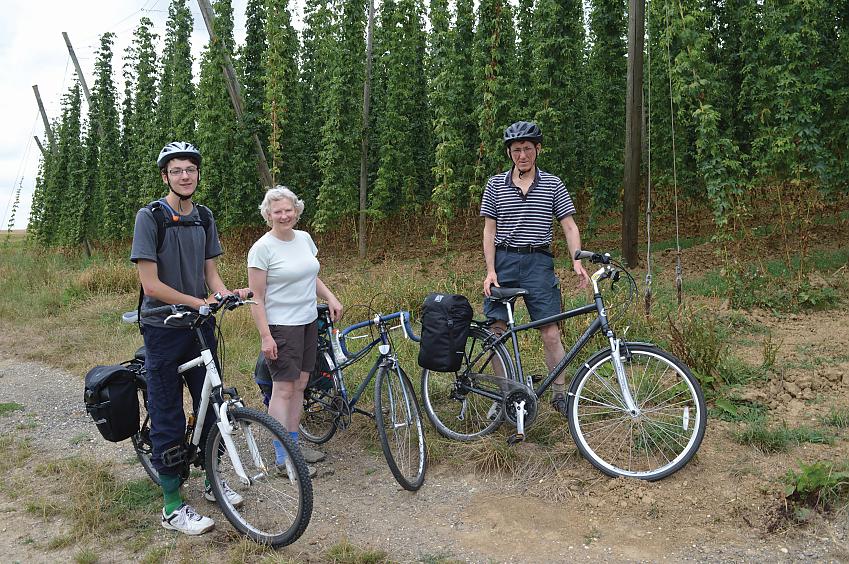 Travellers' Tales: Welsh borders in bloom View
Cycling UK continues to support the UK to cycle
This remains true during this difficult period with the ongoing threat of coronavirus Covid-19
Read our latest advice on cycling