When your child gets tired cycling uphill, you either push them up with one hand while riding or dismount and walk. Alternatively, there’s the TowWhee: a stretchy and strong bungee cord inside tough, hollow webbing.

We (me, husband, son aged nine, and daughter aged seven) tested it using our mountain bikes. As well as the bungee, we had the optional ‘Quick Loop and Carabiner’. You secure the Quick Loop around the spacers on the headset of your child’s bike (don’t attach it to the handlebar). Then you attach one end of the TowWhee around your saddle and the other end, via the carabiner, to the Quick Loop. It’s really simple to set up, and although it looks like it might slip off the saddle it didn’t do so for us. 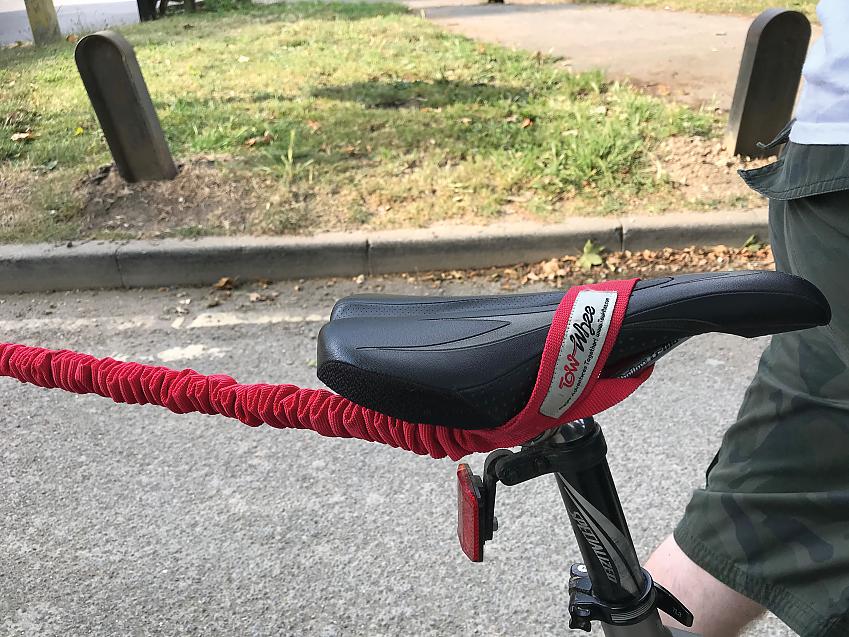 Attach one end of the TowWhee around your saddle and the other end, via the carabiner, to the Quick Loop

You should only use a TowWhee going uphill; down a steep hill, your child may crash into the back of you. So if you’re towing a tired child all the way home, you’ll need to stop and remove the TowWhee for downhill sections. They should be able to tackle these with more confidence, however, as they’ll have more energy.

I was worried that when it reached the end of its stretch (4.5m), the bungee would twitch or jerk. It didn’t. It still provided a smooth ride. 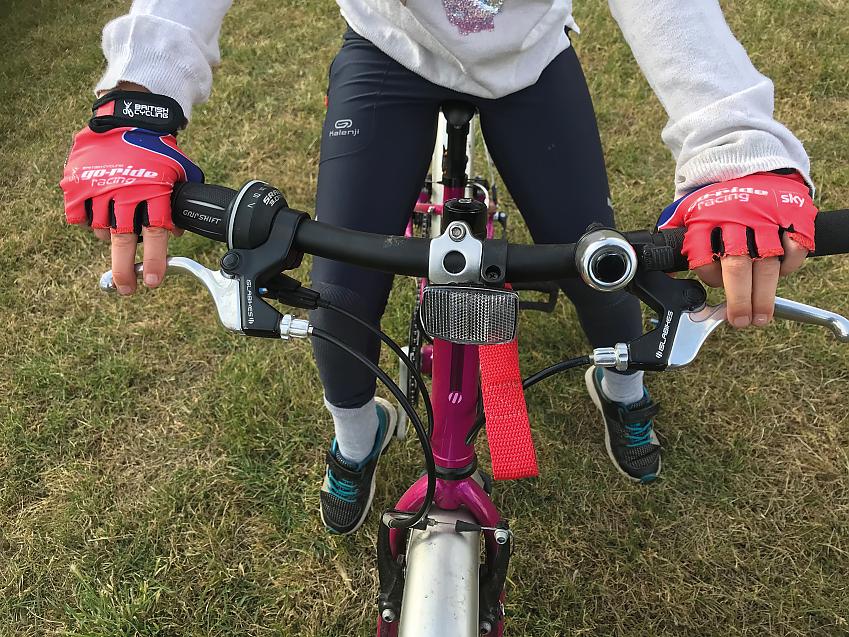 We tested it on road, grass, and off-road trails. It handles well in all of these situations. On gnarly singletrack, your child will have to steer. It also obviously helps if your child can pedal, even if it is just a little bit. It’s no harder than towing a trailer with toddlers in, and feels a bit like you are in the wrong gear and have to pedal a bit harder.

Would I like to tow my seven-year-old for more than 15 minutes up a steep hill? Probably not, but I’m sure those who love hills more than me will.

While my daughter resisted using this (“It’s for babies!”), it’s a clever bit of kit that best suits mountain biking families. It helps you all cycle together without older children feeling frustrated they are waiting for the smaller one. 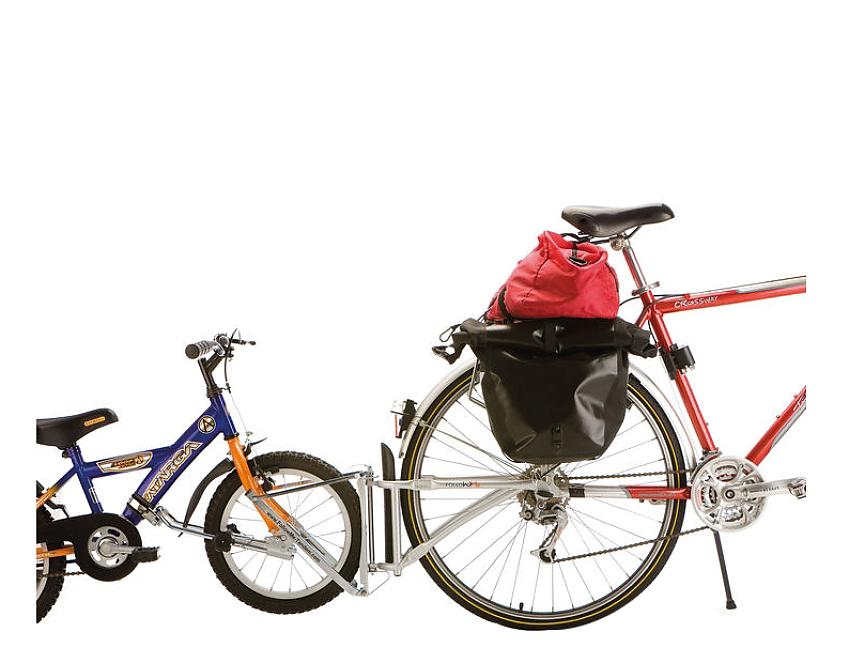 While much heavier than the TowWhee, it’s rigid enough for off-road riding and also lets you tow downhill. It’s what we used as a family when the kids were aged 4-6. 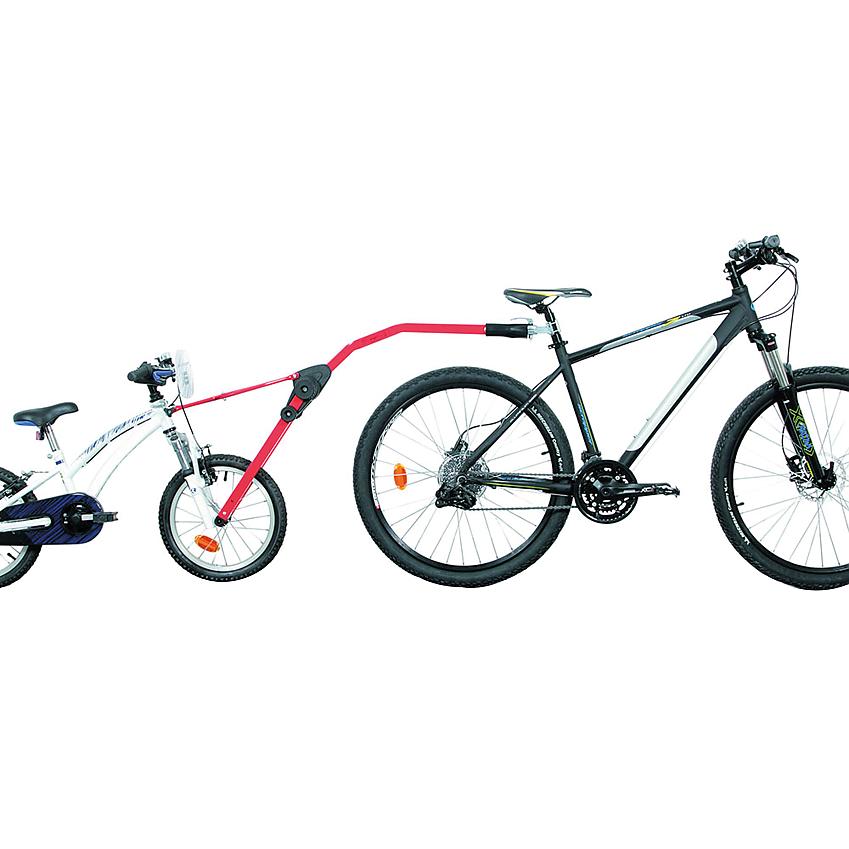 Works more like a tag-along, lifting up your child’s front wheel, but there is no chance of them speeding up crashing in to you.

A guide to child trailers View

Group test: cargo trailers View
Cycling UK continues to support the UK to cycle
This remains true during this difficult period with the ongoing threat of coronavirus Covid-19
Read our latest advice on cycling