Christian Wolmar: Are driverless cars a dream or nightmare for cyclists?

Cyclists are seen as a major obstacle to the driverless car utopia
By Christian Wolmar
Monday, 21 October 2019

Christian Wolmar: Are driverless cars a dream or nightmare for cyclists?

The dream of driverless cars is just that. Robot vehicles are on a crash course with the reality of urban streets. So writes Christian Wolmar, the author of Driverless Cars: On a road to nowhere.

Almost every day there is media coverage of the imminent arrival of driverless cars. We are made to believe that these vehicles will soon be on a road near you and that, according to those working on these projects, “they will change our lives”.

We are presented with a vision of less congested streets as people forego their individual cars and use only shared driverless vehicles that will whisk them off to work and take their kids to school. Some real enthusiasts even talk of being able to grass over suburban streets because they will no longer be cluttered up with individually-owned parked cars.

One of the many downsides of this vision is that cyclists are seen as a major obstacle to this utopia. They are, according to the now departed boss of Nissan, Carlos Ghosn, difficult for the robot cars to take into account. At a press test drive, he told journalists in 2016 that “The [driverless] car is confused by [cyclists] because from time to time they behave like pedestrians and from time to time they behave like cars.” Indeed, the first pedestrian to be killed by a car that was in autonomous mode was a woman who was wheeling a bicycle with shopping bags hanging on its handlebars.

The real risk is that governments and policy makers are suckered into thinking that a driverless world is both desirable and feasible.

Christian Wolmar, author of Driverless cars: On a road to nowhere

That incident, involving an Uber test vehicle in March 2018, was a major setback to the industry as Uber had to suspend its testing. It also highlighted the practical and ethical problems with the technology. Subsequent reports into the incident uncovered the fact that the software in the Uber test vehicles had been altered in order to reduce the number of times the vehicles slowed down for what proved to be false positives – such as, say, plastic bags flying around or birds seemingly playing ‘Dare’. Therefore, six seconds before the fatal collision, the car apparently interpreted the cyclist as a plastic bag, and it was only two seconds before that it reinterpreted her as a cyclist. But even then, it assumed she was not on a collision course

This terrible story is instructive because it shows that the technology companies, who are working in tandem with the auto manufacturers, are prepared to cut corners in order to try to bring their products to market more quickly. However, the experience of the past decade or so during which billions of dollars (one estimate is $80bn) have been spent on trying to develop these vehicles suggest that the Holy Grail of a driverless world is unobtainable. And certainly it seems pretty clear that the notion that we will all be using shared autonomous vehicles is pure fantasy. 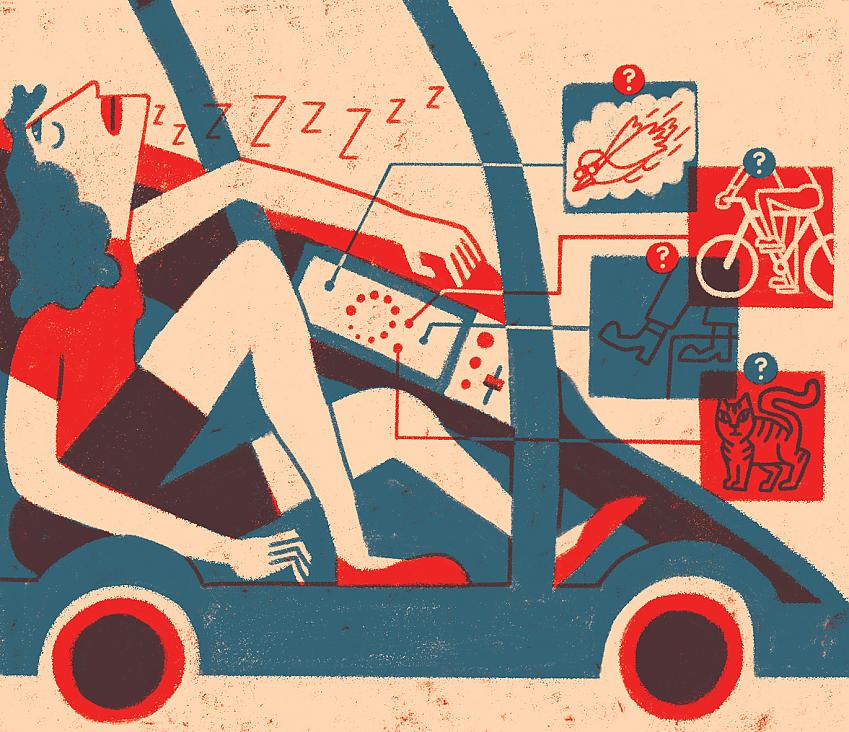 Here’s why. The developers are finding that it is far more difficult to produce a genuinely driverless car than they expected. Google executives were saying in 2012 that within a year their employees would be using the vehicles and that by 2018 they would be widely commercially available. In fact, there is no such thing as a driverless car and nothing approaching such a vehicle is available to the public.

The difficulties stem from the complexity of the task. While it may be possible to envisage fully autonomous vehicles in well-ordered settings, such as towns built on a grid system in the United States, with few pedestrians and other road users, the task of trying to develop a 100 per cent safe vehicle in challenging urban environments is proving seemingly impossible. Think central London in rush hour, or the Place de la Concorde in Paris.

It may, though, be that it is the simplest issues that cannot be resolved. My favourite example is what would happen if two driverless cars, with no equipment to be driven manually (called level 5 in the trade) meet on a single carriage road in the countryside. This may seem humorous but since Waymo (Google’s subsidiary) and others claim that these cars would be used to carry people with disabilities, children, and non-drivers, it is a serious issue.

So are the limitations of artificial intelligence. While it is possible for the computer to learn, say, that a dog might walk out in front of the vehicle, it may have to be taught about every sort of dog, ranging from Chihuahuas to Alsatians. And then about all the other possible animals it might encounter. And what if a type of dog approaches that the computer has not learnt about? It is the endless number of possibilities and scenarios that make it difficult to ensure that the computer program will be 100 per cent reliable.

There is, too, the more basic problem of the fact that they would have to be programmed to stop if anyone stood in front of them. That then begs the question of whether roads would have to be fenced off to prevent pedestrian incursion, something that would be politically very difficult to introduce.

Happily, therefore, my view is that the driverless car dystopia will never happen. Sure, there may be limited use for such vehicles, such as airport shuttles or other pre-fixed routes, but the vision of everyone being in driverless cars that are shared use is, frankly, a fantasy. There is, in fact, little public appetite for these vehicles and there is a lot of scepticism about claims they will reduce traffic when the opposite case would seem obvious.

The real risk is that governments and policy makers are suckered into thinking that a driverless world is both desirable and feasible. They may well be fooled by the hype and seduced by the vision of sitting in a car sending texts while being driven by a robot. It is, therefore, very important to challenge politicians about this vision and to subject the myths put out by the industry to close scrutiny.

Christian Wolmar is a Trustee of the London Cycling Campaign and the author of Driverless Cars: On a road to nowhere.

Watch out there are hackers about

There are other problems pertaining to the use of this technology. Hacking is obviously an area of great concern, with the possible threat that someone will get into their car and find that it won’t move without paying a ransom. Or that brakes could be disengaged remotely, something that has been done already in a test.

A blue screen is a hassle on your desktop but could be a disaster in a vehicle that has no controls other than the computers on board.

Autonomous cars on UK roads by 2021 - are cyclists safe? View

Statement on the Queen’s Speech and Transport Bill View