The Luath has been in the Islabikes range for around 15 years. While it’s still intended for everything from junior cyclocross and road racing to touring or cycling to school, much has changed. Gone are the steel fork and cantilever brakes: the Luath now has a carbon fork and cable disc brakes.

The 24 (there’s also a 26, a 700 Small, and a 700 Large) is designed for children aged eight to ten, depending on their height and leg measurements. Designed is the key word. It’s not just a smaller version of an adult bike but one whose geometry and components have been refined to suit children. 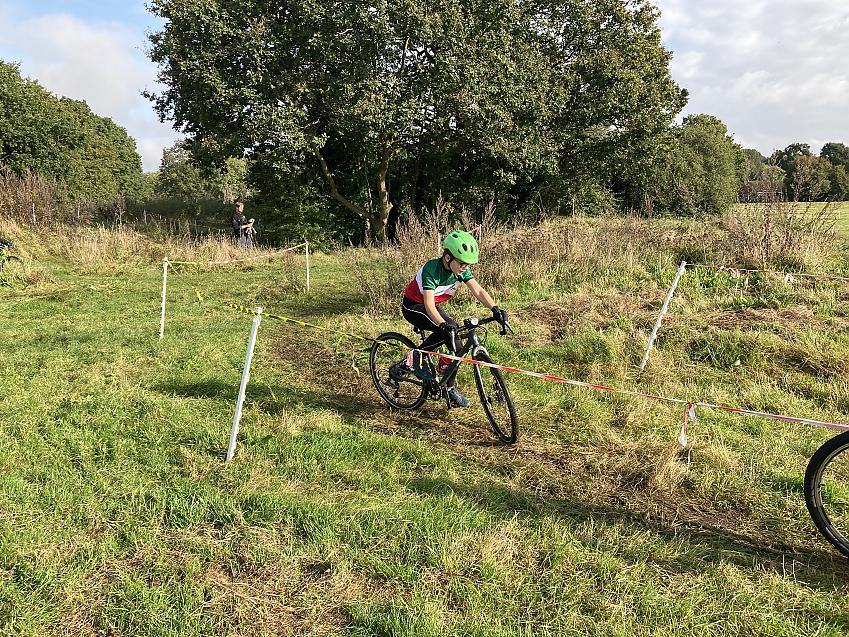 Putting the Luath to the test

Short cranks and a narrow – and lower – bottom bracket allow more ergonomic pedalling and easier stopping and starting. A small drop bar in easy reach of the saddle gets the riding position right. Reduced-reach brake levers allow safe stopping for riders with smaller hands. And 1×8 Shimano Claris gearing is intuitive for those of primary school age.

Fitted with the optional gravel tyres rather than standard road ones, our test model was heavier than listed but was still lightweight and manoeuvrable thanks to its aluminium frame and carbon fork. Our Luath was ridden for cyclocross and performed well, with a bit more grip in muddy and stony places than other bikes. On King Alfred’s Way it was brilliant on the muddy sections, with better clearances than the adults’ off-road bikes. Both children also did lots of cycling  journeys around town on roads and cycle paths. They often argued over whose turn it was to ride it. 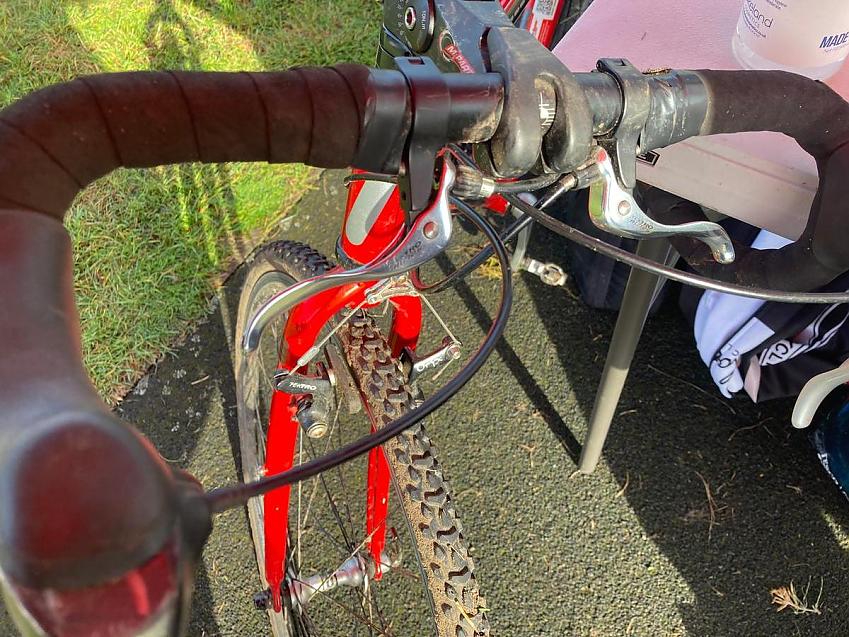 These auxiliary brake levers have gone, but the Luath’s drop-bar levers are well suited to smaller hands

This was the first drop-handlebar bike my children have ridden. Despite the fact that the Luath no longer has auxiliary bar-top brake levers, both of them quickly adjusted to braking and shifting gear in a different way.

The Luath 24 has frame fittings for mudguards and a pannier rack, both of which can be ordered when buying the bike, so it also works well for cycling to school or for touring. Many ‘adult-sized’ bikepacking bags will fit on it too. 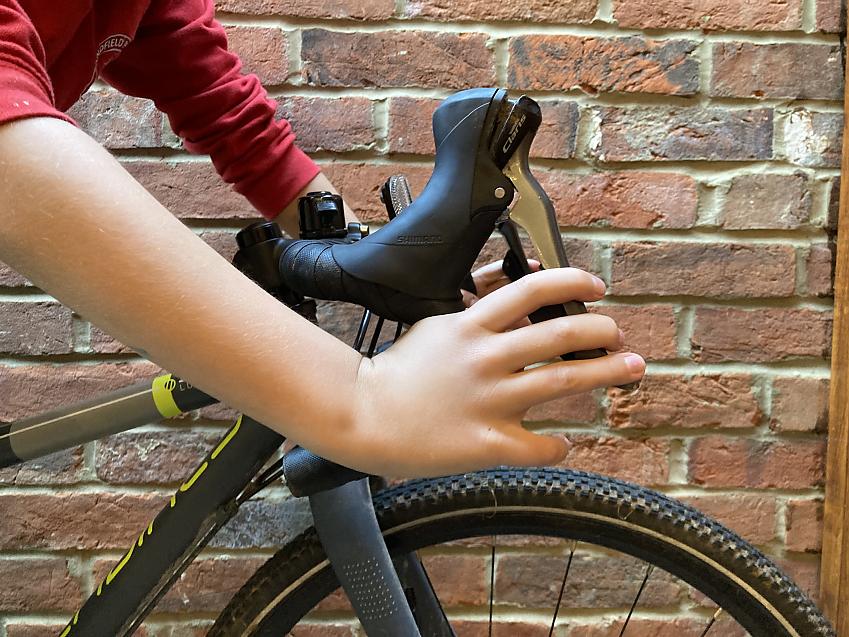 A fantastic, multi-purpose children’s bike, which makes it much easier for your child to ride on drops at an earlier age. It’s fairly expensive but fills several roles – and can be sold on for a good price secondhand. Or you can get one on subscription from the Bike Club. 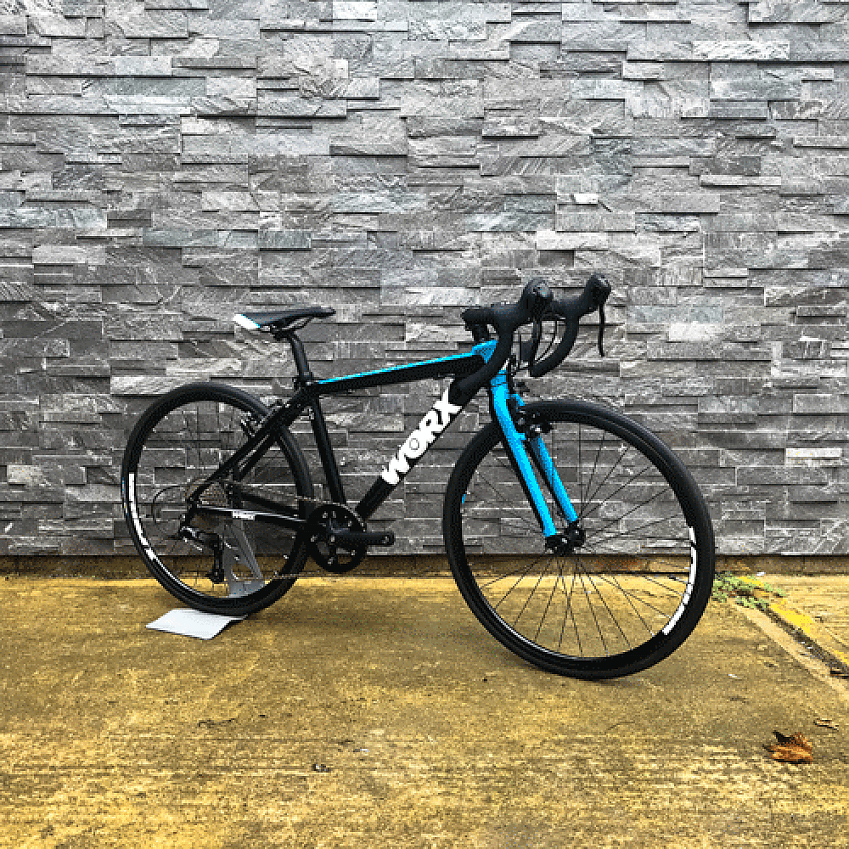 A popular bike on the start line of any children’s road or cyclocross race. 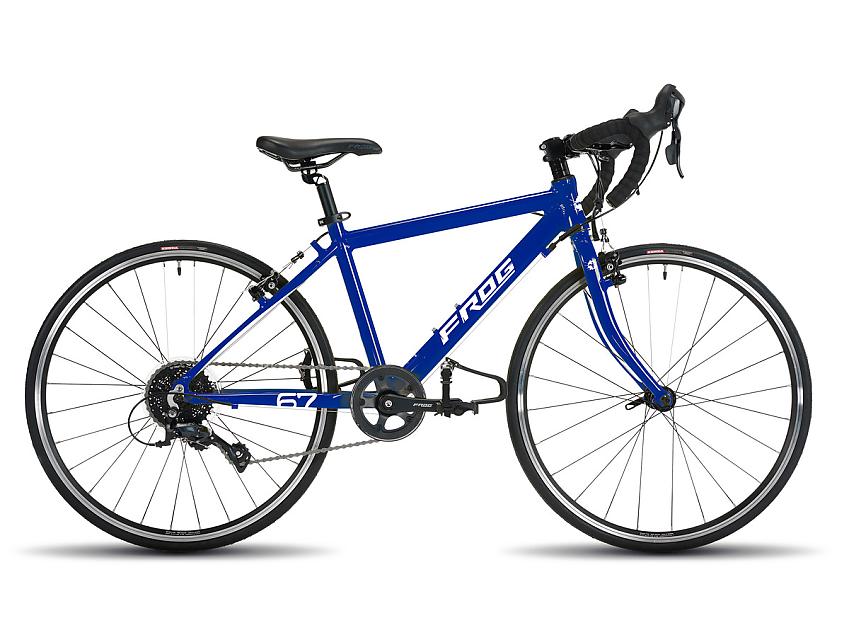 Quality road bike designed specifically for children but it’s out of stock until spring 2022.

At Cycle, we are proudly independent. There’s no pressure to please advertisers as we’re funded by your membership. Our product reviews aren’t press releases; they’re written by experienced cyclists after thorough testing. 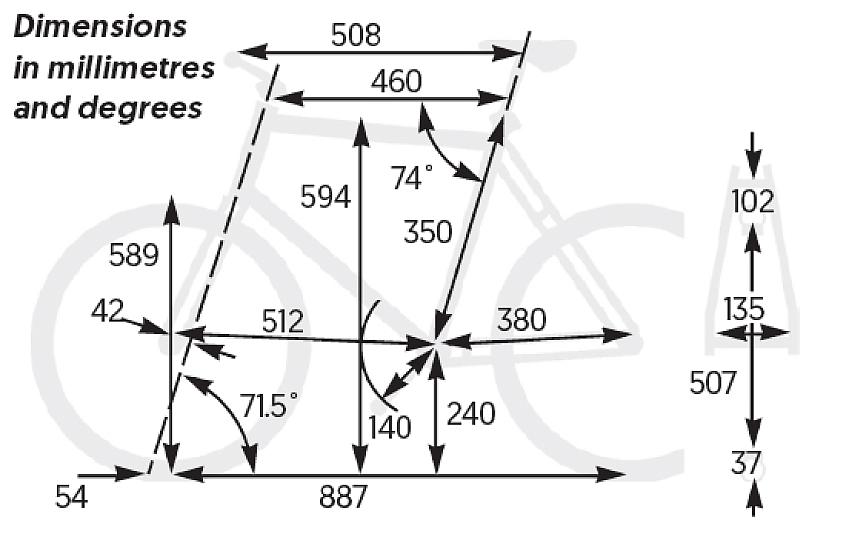 A guide to cycling on the road with children View