Go anywhere, do anything: that’s the gist of gravel bikes. It’s an exaggeration. These cyclocross-inspired bikes aren’t quite as versatile as they’re made out to be; see my take on one-bike-for-everything. Yet they’re undeniably more versatile than skinny-tyred carbon road bikes, which MAMILs have gravitated towards until now.

And there is something appealing and practical about a lightweight, general-purpose road bike with wider tyres that will happily tackle dirt roads as well as club riding, commuting, bikepacking, and light touring. It won’t always be the best bike for any given job, but it’ll never be the worst.

Most bike companies have one or more gravel bikes in their range. The two on test are both designed in Britain. Sonder is the bike range of outdoor clothing and equipment company, Alpkit. The Camino Ti is a keenly priced titanium bike that exists in a range of builds or can be bought as a frame and fork for £1,199. For those with shallower pockets, there’s an aluminium version, the Camino Al, with builds starting at £829 and the frame and fork just £300.

Whyte’s background is in mountain bikes and this shows in the Friston, not just in the disc brakes that all Whyte’s drop-bar bikes have, but also in the geometry: long reach, short stem, wide handlebar, shallower head angle. These features signify real off-road intent – although not so obviously as the dropper seatpost fitted to the Friston’s £300-dearer stablemate, the Gisburn. 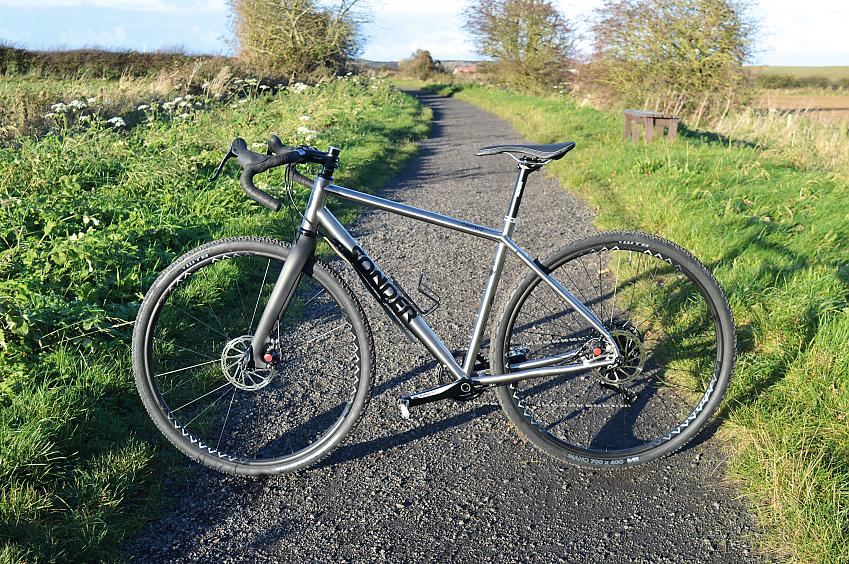 As titanium frames go, the Sonder Camino Ti is inexpensive. It doesn’t look or feel cheap. The TIG-welding is tidy, and its 44mm-internal head tube neatly accommodates a tapered steerer, courtesy of an external lower headset bearing. Because the head tube is long, the riding position is fairly relaxed even though the top tube length is about average for the frame size.

I was pleased to see a threaded bottom bracket (perhaps creaky press-fits have finally had their day?), and there are ample frame fittings. Cables are fully covered and, aside form the front brake, are routed externally, which simplifies replacement. The dropouts are old-school quick release ones, which is good news if you’re building up a frame on a budget as you may have some old touring or 29er wheels to reuse.

Alternatively you might fit 650B wheels, for the Sonder will take those too. Tyres up to 40mm will fit in 700C, up to 47 or 48mm in smaller-diameter 650B. There’s a good case for the latter. The bottom bracket height would drop using 650B (by ~12mm with those tyre sizes), but wouldn’t be excessively low. There would be more clearance under the fork crown, currently a miserly 6mm. You’d gain more rough-road comfort and control. And for me it would mean no toe overlap; as it was, my size 8 winter SPD boots grazed the front tyre. I could live with it but wouldn’t fit a full-length front mudguard.

That would be difficult with the existing fork anyway, as there’s no hole in the fork crown and no eyelets on the fork legs. If you want those features, you’ll need to ask Alpkit to fit the fork from the aluminium Camino instead. As well as having fittings, it saves you £50 because it has an alloy steerer.

If you want to stick with 700C wheels and don’t want toe overlap, there are a couple of options. One is to buy the next size up, assuming you can stand over it. A size L is 20mm longer than the M, which you could offset with a correspondingly shorter stem. Alternatively, Alpkit offer bespoke Camino Ti frames. You’ll typically pay an extra £250 for one of those.

I was pleased to see threaded bottom brackets – perhaps creaky press-fits have finally had their day?

The Whyte’s aluminium frame is long. It feels even longer, because the wide handlebar splays your arms. Also, while the seat tube is an average of 74 degrees over its length, it’s bent; the seatpost exits at 72 degrees, so there’s slightly more saddle-to-bar distance than you might guess from the quoted reach figure. (‘Reach’ is the horizontal distance between the bottom bracket and the head tube.)

A relatively short (80mm) stem reins things in but I felt it was still rather long, despite me being bang in the middle of the recommended height range for a 54cm size. I’d fit a 50 or 60mm stem, or more likely get the 52cm size instead. Fortunately, the head tube is tall, so the 54’s handlebar wasn’t an impossible stretch for me.

Like the Sonder, the Whyte will also take 650B wheels with 47mm tyres. The seatstays and chainstays S-bend outwards to make room for fatter tyres on smaller diameter rims. A word of caution: the bottom bracket would then be ~263mm – or lower if you used thinner 650Bs. That’s okay on road but will result in more pedal strikes off-road.

The other thing that’s striking about the Whyte, apart from that vivid orange, is its neatness. The derailleur cable and both brake hoses run internally. I’m less bothered by hoses being hidden away; they’re unlikely to be touched. (The hose junction on the rear brake, incidentally, makes it easier to set up the right lever to work the rear brake for customers outside the UK.) Even the seatpost clamp is internal.

Like the Sonder, the Whyte has a threaded bottom bracket. Rather than QR hubs, however, it’s designed for through-axle ones: 15×100mm at the front, 12×142mm at the rear. As well as fittings for bottles, rear rack, and mudguards front and rear, there are down tube bosses to fit a mountain bike-style guard there.

Both bikes use single-chainring ‘one-by’ drivetrains from SRAM, a setup first popularised on mountain bikes. The chain remains on thanks to alternately narrow-wide teeth that mesh more tightly with it, along with a clutch derailleur that doesn’t swing forward over bumps. Having already made the leap to cyclocross and gravel bikes, it can only be a matter of time before one-by appears on many road bikes.

If you prefer the widest possible gear range and/or small steps between gears, one-by will be frustrating. Even with a fair-sized chainring (40t) and a cassette that goes to 42t, you’ll miss a gear or two at the top and bottom. Yet a range of 27-100+ inches on a sporty bike is fine by me; I was never searching for a gear that wasn’t there. I liked that fact that each shift was a very distinct step, and there are no duplicate gears. It’s lighter and simpler. How well it wears remains to be seen; the 1×10 setups I’ve run have been okay.

The two bike’s brifters are different not so much because the Sonder uses SRAM Rival and the Whyte SRAM Apex, but because the Whyte’s are hydraulic – hence the prominent hoods, which contain brake fluid. I’ve used plenty of drop-bar cable disc brakes but these are only the second hydraulic drop-bar brakes I’ve tried. Colour me convinced: braking performance is excellent. You get lots of braking power for little lever effort, and it’s easy to modulate it.

These are only the second hydraulic drop-bar brakes I’ve tried. Colour me convinced: braking is excellent.

I didn’t get rotor rub on either bike until they were plastered with mud. The Whyte’s through-axle hubs reduce lateral flex. The Sonder’s Avid BB5, meanwhile, required patient setting-up to achieve this. You can’t adjust the BB5’s moving piston, except via cable tension. You can with Avid’s BB7 brakes, which I’d switch to as soon as possible. They’re easier to fine-tune and offer better braking as a result. The Sonder’s braking performance wasn’t bad, but you’re aware that only one piston is moving during sustained breaking, as it’s not as smooth.

The bikes’ handlebars are very different. The Sonder’s Bomber is a flared drop that’s 56cm at the bar ends but only 42cm on the hoods. It’s one of the nicest flared drops I’ve used, with a natural road-bike-like riding position on the hoods, and an elbows out position that’s good for off-road control on the drops. The Whyte’s handlebar is a standard-sharped drop – sized for a gorilla. It’s 50cm wide across the hoods!

Both bikes have tubeless-ready tyres and rims. Unusually, the Whyte was set up tubeless, a point-of-sale option when you’re buying from a Whyte dealer. Tubeless is worthwhile on bikes like this. It might make little difference on road, beyond limiting punctures, but off-road it enables you to lower the tyre pressure to maximise the limited grip that lightly-treaded 40mm tyres provide.

Both bikes are at their best on some kind of road. They excel on smooth unsurfaced ones, such as good-quality forest fire-roads. On tarmac roads, I missed slick tyres and the wind-cheating profile of a narrower handlebar. On actual gravel, ironically, they were underwhelming; loose chippings make for skittery handling on tyres that are, in off-road terms, relatively narrow and high-pressure.I wanted wider, softer rubber.

It was the same story on bridleways. Smooth routes were great. Those with choppier surfaces due to embedded brick or stone were hand-achingly unpleasant, especially when descending. Traction was sometimes a problem too. Steep climbs off-road had me off and pushing.

The wide handlebars and shorter stems of both bikes do help control off-road, as they provide more steering leverage. Yet I wouldn’t ordinarily take either of these bikes anywhere where technical bike handling was required. Even a wide drop bar doesn’t provide the same control as a flat bar, and there isn’t the same scope to get your weight back and still reach the brakes. If you ride these bikes like mountain bikes, you’ll fall off and hurt yourself.

As an on/off-road bike, I think the Sonder is the better compromise. The shorter reach meant I could ride with my hands more lightly on the handlebar. On the Whyte, I was holding myself up more with my hands, so bumps and vibration off-road felt worse. (Of course, a smaller frame could eliminate that difference.) The Sonder’s Bomber handlebar worked in both environments too: a narrow on-the-hoods position for the road, a wide position on the flared drops when required off-road. The Whyte’s wide drop bar was just as good off-road; on road, it meant riding with my arms open to the wind at all times.

These bikes are to rough-stuff tourers what audax bikes are to traditional tourers: lighter, sportier alternatives. They’ll carry less luggage (or none) at higher speeds. I don’t think either the Sonder Camino Ti or the Whyte Friston is the only bike you’ll need, but either might be the only drop-bar bike you need. They will do country lanes exploring, club riding, gentle off-road riding, commuting, lightweight touring, minimalist bikepacking, and more.

Pause before drinking the gravel bikes Kool-Aid and think hard about what you’d really use one of them for.

If you own multiple bikes, there’s less incentive to buy a jack-of-many-trades gravel bike. You’re likely to have specialised bikes that already perform specific roles better. So pause before drinking the gravel bikes Kool-Aid and think hard about what you’d really use one of them for.

If I were buying the Sonder Camino Ti, I’d probably get it as a frame and (Camino Al) fork, and build it up with 650B wheels – perhaps two sets. It would make a fine road-plus bike and, with treaded tyres, a very capable bikepacking bike. On a tighter budget, the Camino Al would do the same.

If I were buying the Whyte Friston – and if I had the money lying around, I might – I’d pick a smaller size and then fit: a 42cm compact drop bar; some efficient, large volume road tyres, such as Compass Barlow Pass 700×38C; and mudguards. It would then be a cracking all-roads bike, with the emphasis on surfaced ones. 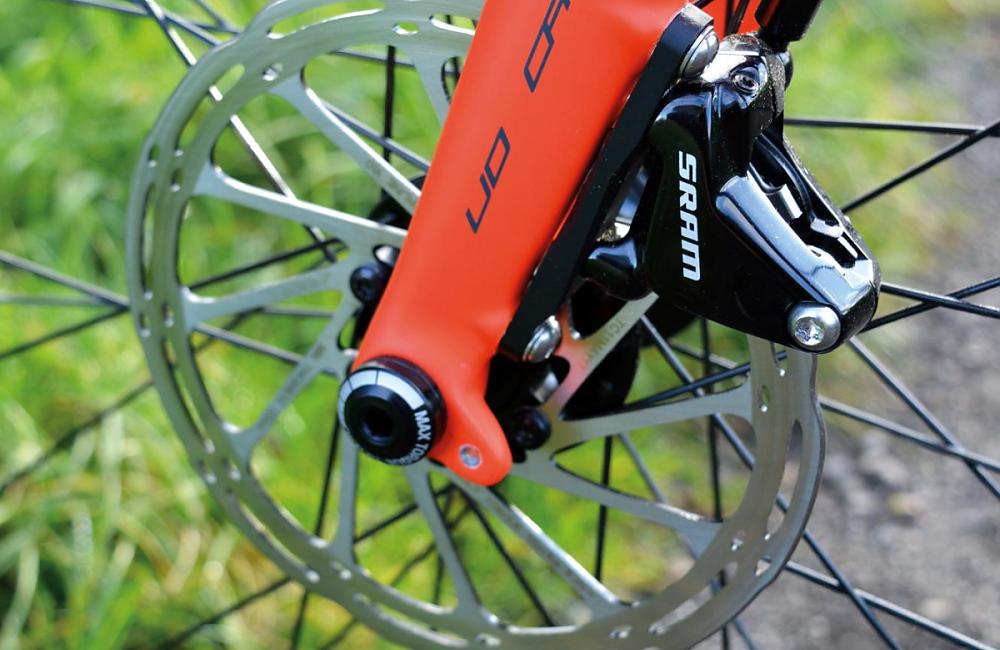 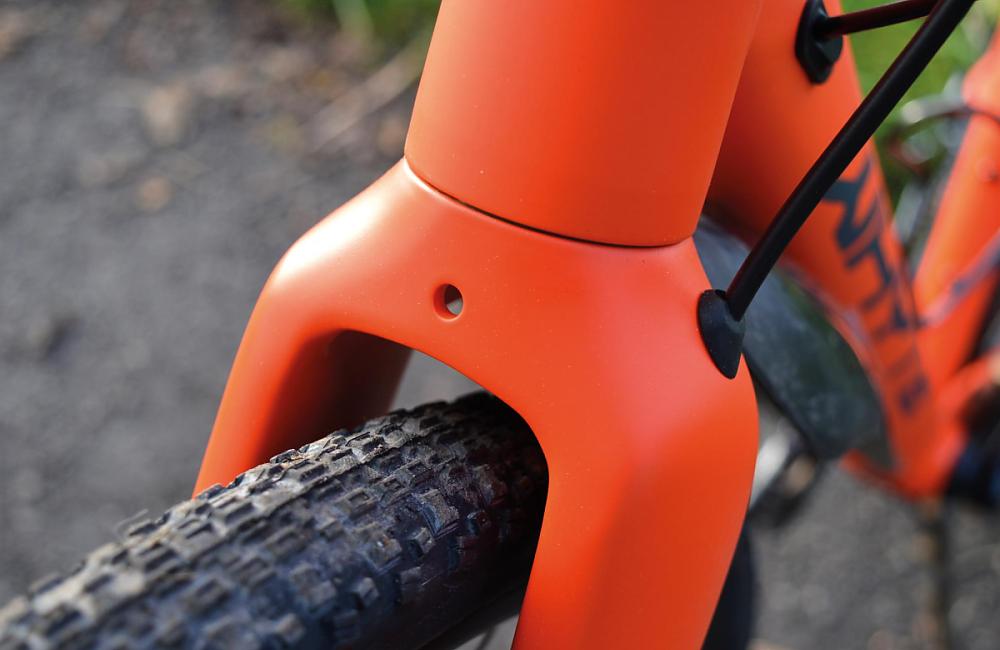 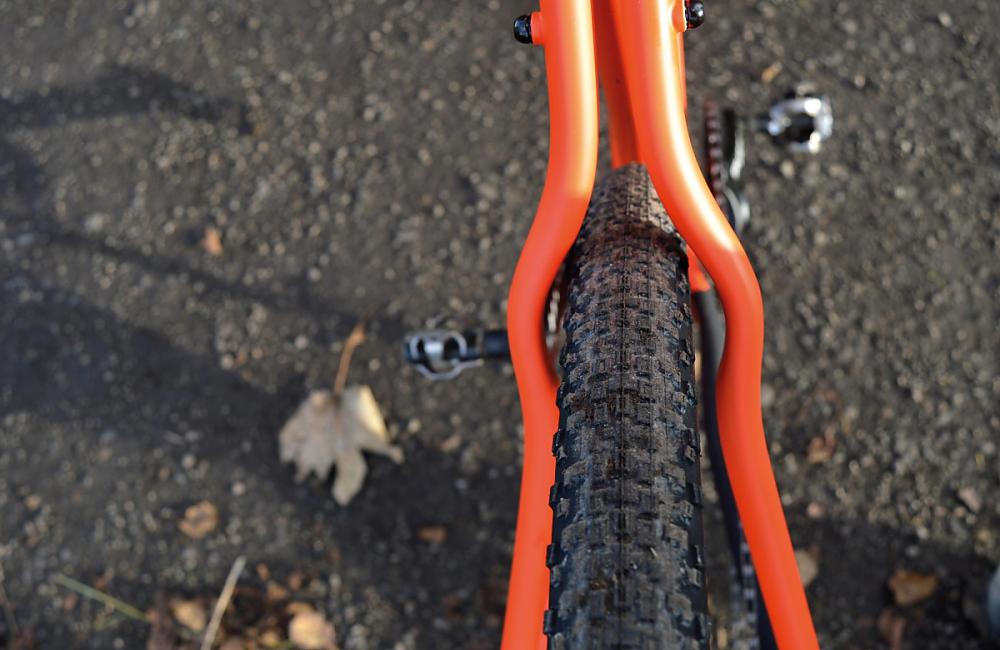 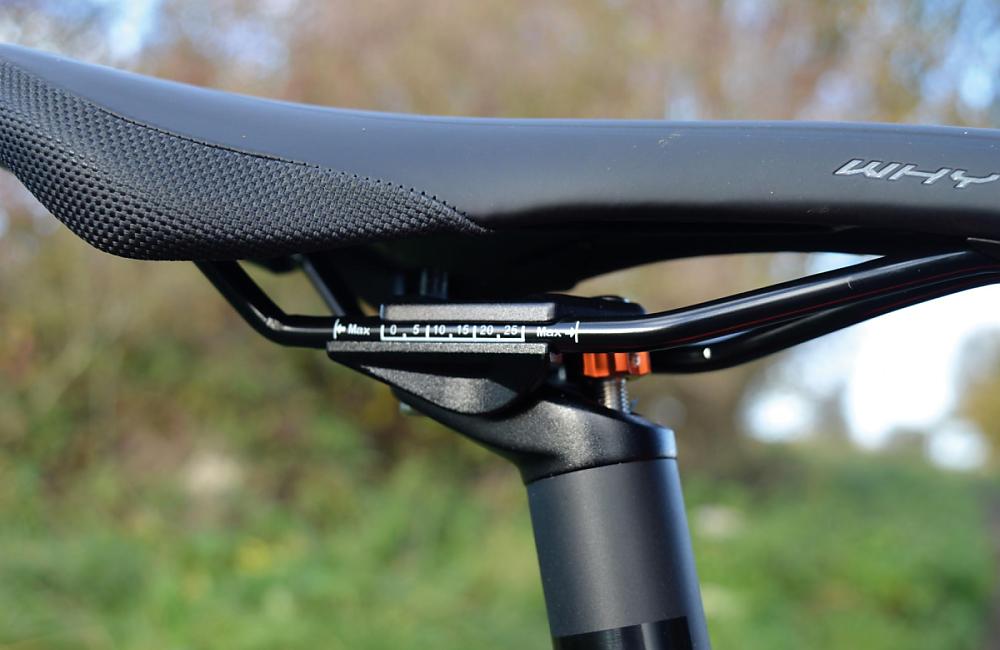 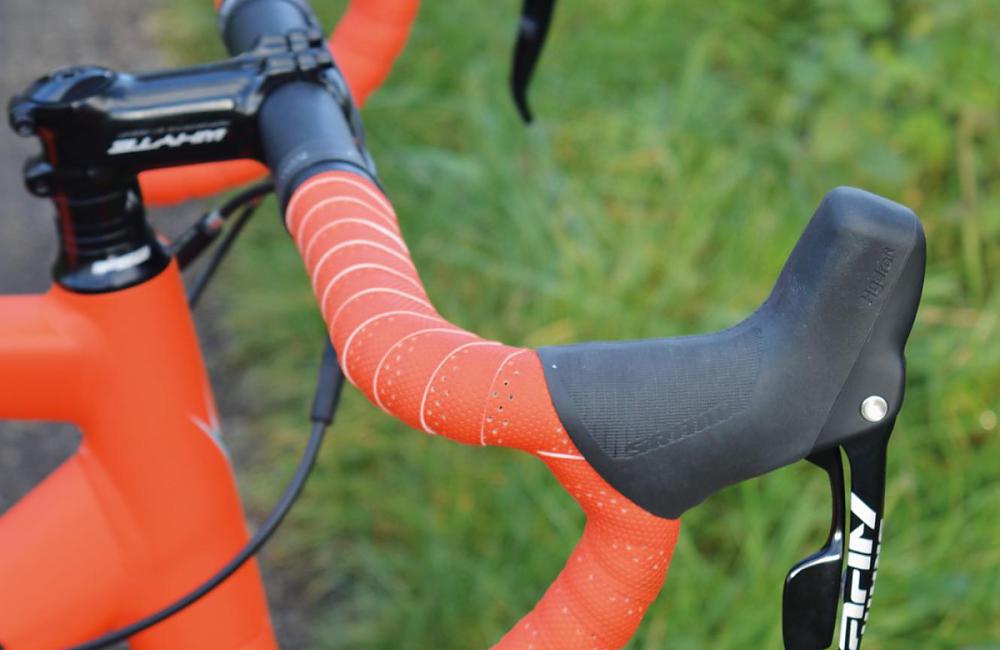 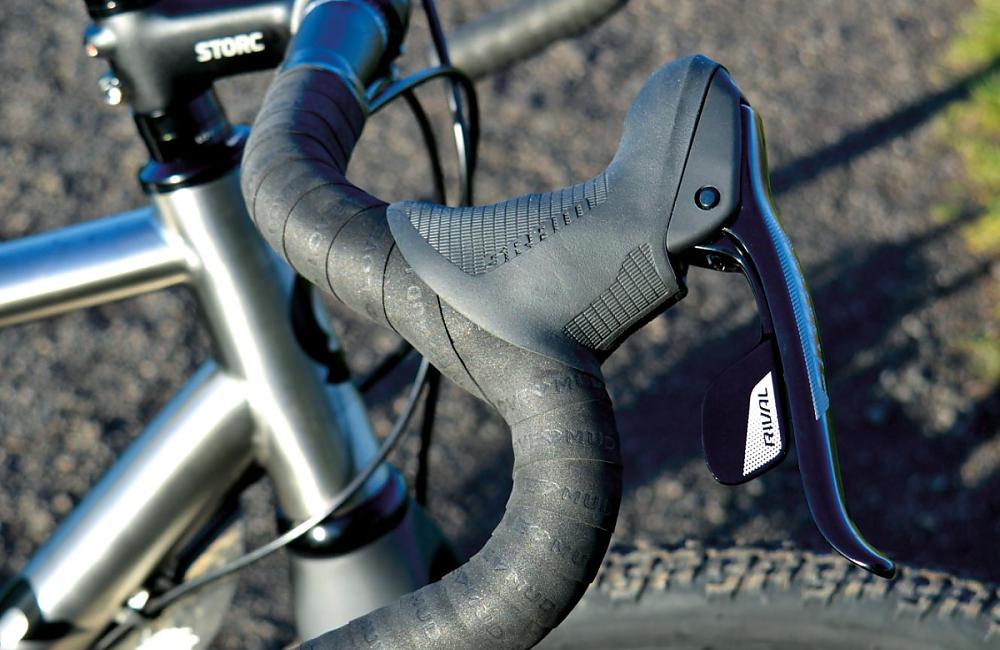 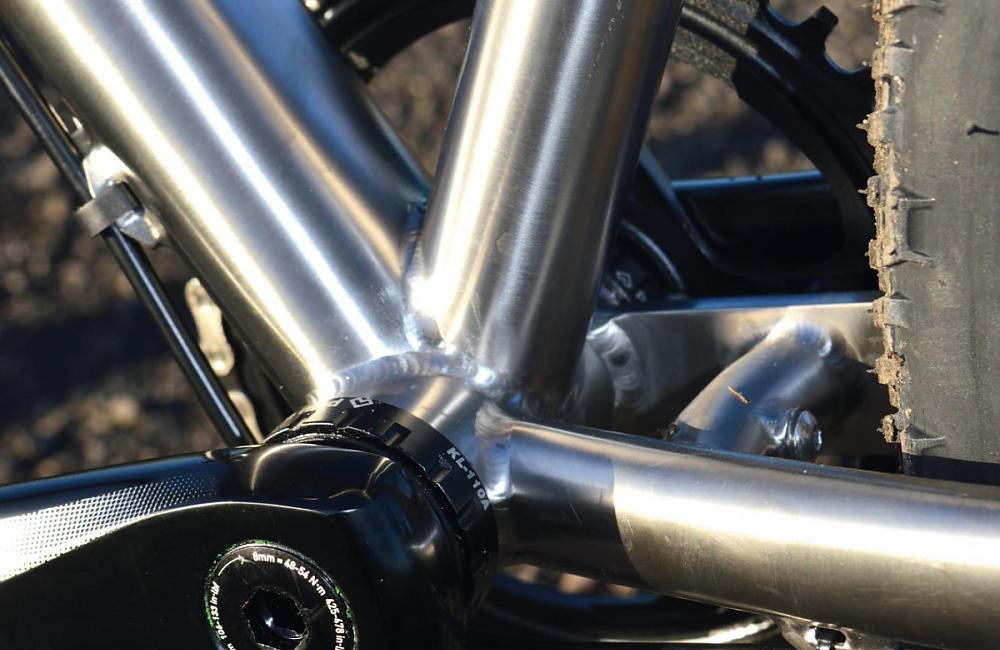 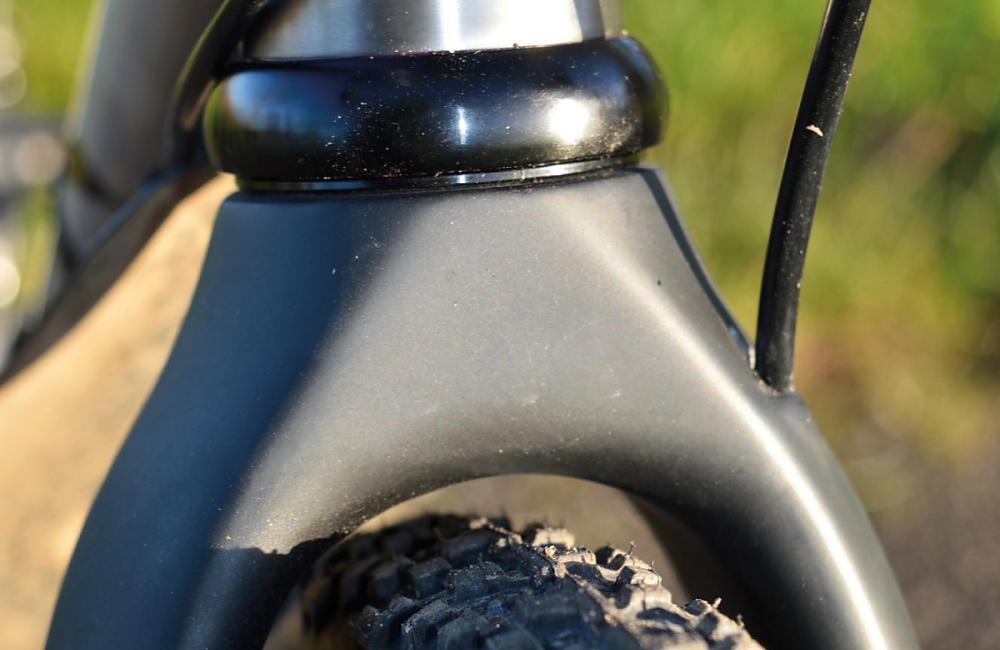 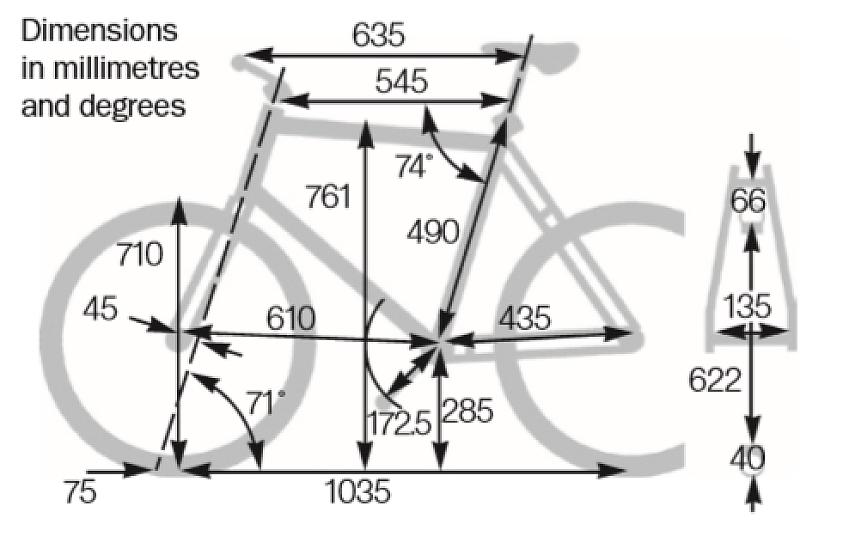 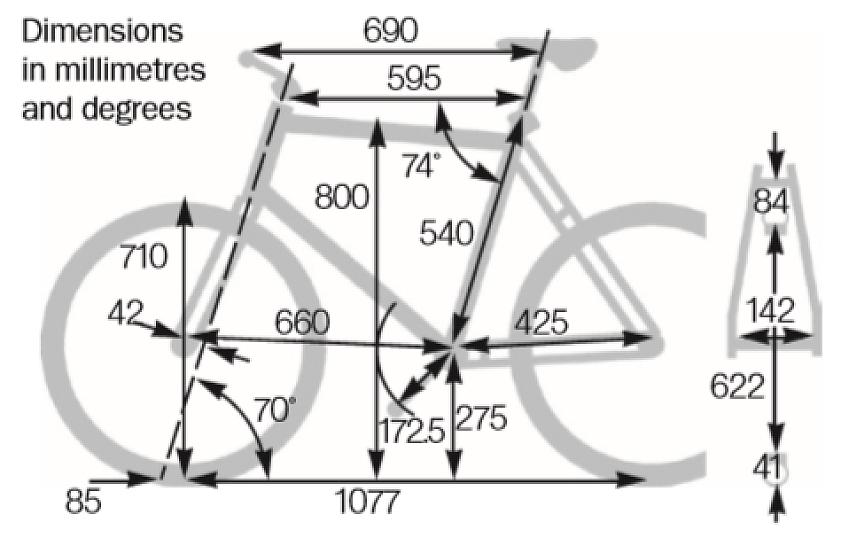 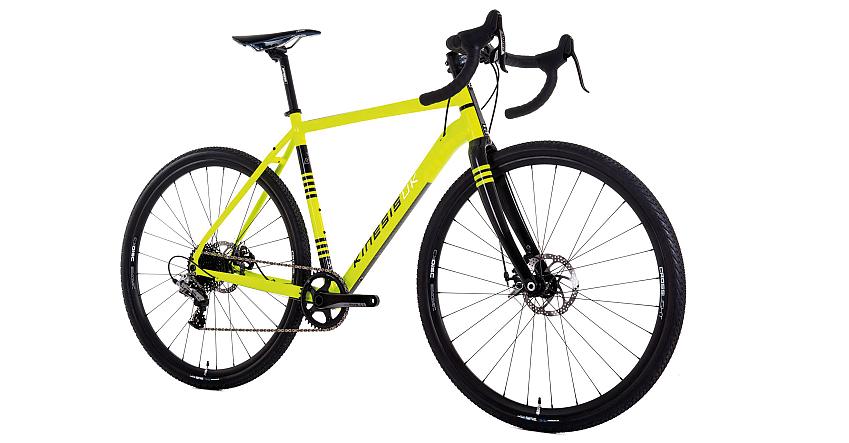 Aluminium version of Kinesis’s titanium Tripster ATR (reviewed Apr/May 2015), built up with SRAM Rival 1. Frame and carbon fork only are £699.99. 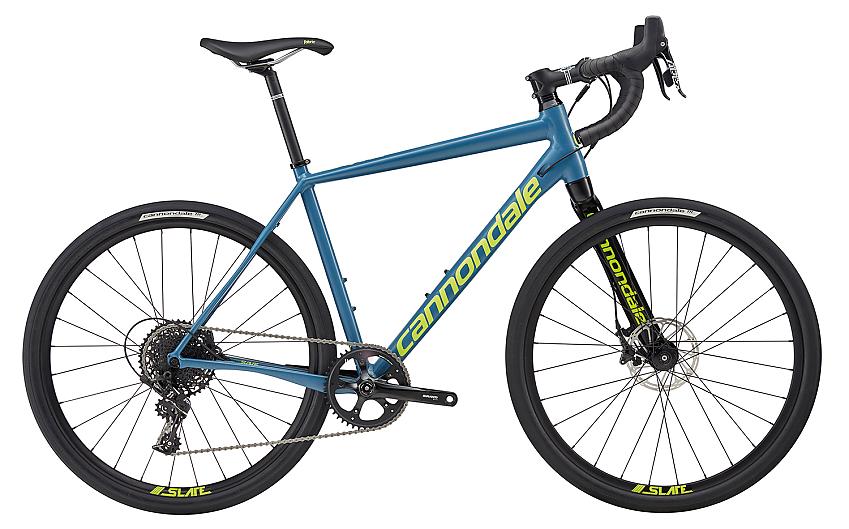 Feature: Which bike should I buy? View