Is electronic shifting just for racers or an upgrade for the rest of us? Cycle magazine's Technical Editor Richard Hallett reviews a Trek Domane SLR7 and a Specialized Tarmac Expert eTAP

Electronic derailleur gear shifting has come a long way in the quarter of a century since French manufacturer Mavic gave the ZMS – or ‘Zap’ – system its prototype debut at the 1992 Tour de France. Then little more than a curiosity, electronic shifting is now widely reckoned to be superior in operation, reliability, and prestige to the various mechanical shifting systems offered by the three main manufacturers. Having proven almost impervious to adverse riding conditions, it is popular with cyclo-cross riders. Its ease of use also makes it a great option for long-distance riders and those with limited hand strength or movement.

Shimano’s Di2 was the first of the ‘modern’ systems. It was launched in Dura-Ace guise a decade after Mavic’s Mektronic groupset fell foul in 1999 of the Union Cycliste Internationale’s then muddled thinking on technological advances. (The UCI banned Mavic Mektronic from competition, dealing a fatal blow to its commercial potential.) Campagnolo’s EPS design came along shortly after Di2, and it too uses wires to transmit control signals. The most recent entrant is SRAM, whose eTAP concept arrived in 2015 to considerable acclaim both for its wireless operation and for its highly original functionality.

If there’s a common feature of road bikes that are specified with electronic shifting, it is their cost, with eTAP-equipped cycles starting at around £4.5k and Ultegra Di2 a more affordable £3k or so. Both groupsets can be found for sale at a grand or thereabouts and can be retro-fitted to an existing bike, making the technology itself more accessible than the prices of complete cycles might suggest. Typical of the latter are the two cycles on test, with the eTAP-equipped example some £400 more expensive than its broadly comparable competitor.

There are significant differences besides price and component choice. Trek’s Domane SLR features frame technology designed to quell vibration, and is marketed as a comfortable machine for rough roads and the long haul. Meanwhile, the Tarmac Expert from Specialized is easily identified as a straightforward high-performance road bike, albeit one with a good helping of all-round ability.

IsoSpeed is the name chosen by Trek for the vibration-dissipating technology found on the Wisconsin firm’s Domane endurance road bikes. The first generation Domane, launched in 2012, featured a rear ‘de-coupler’ with a conventional (for Trek) all-carbon fork shaped for resilience. The current version has a de-coupler device in the head tube as well as a new flex adjustment system at the rear.

The de-coupler essentially allows the relevant frame member – seat post or fork steerer – to deflect under shock, semi-independently of the frame or fork, in the fore-aft plane while remaining accurately aligned to maintain torsional rigidity. At the rear, a slider can be used to alter the length of the flexible spar and tune the rear suspension.

Lacking such complexity, the Tarmac Expert’s conventional high-end composite chassis relies on a ‘size-specific approach to frame construction’ to achieve its performance goals, meaning that the fine details of carbon-fibre lay-up vary with frame size to provide the desired balance of stiffness and weight.

The two framesets exhibit similar basic characteristics, including sweeping transitions at junctions and massive sections around the head tube and bottom bracket. Both use press-fit bottom bracket bearings, the Tarmac choosing a version of BB30 that requires a remarkably unlovely plastic spacer inboard of the left-hand crank, while the Domane employs Trek’s now-venerable BB90 system, which is compatible with Shimano’s 24mm axle. It also means a 90mm wide bottom bracket shell, which leaves little room for a displaced chain. Despite the fitting of a chain keeper, the chain of the test bike was jammed between the inner chainring and frame on delivery, requiring removal of the chain set to free it.

Details on both frames include ports for internal brake and conventional gear cable routing, double bottle cage bosses, and provision for mudguard stay attachment. The Tarmac’s cleanly-styled seatpost cluster, which houses a concealed binder wedge, compares with a busier area on the Domane, due to the rear IsoSpeed bearings and Trek’s external seat mast design.

Many of today’s carbon fibre road frames have very wide top tubes. That of the Domane is the wider of these two and, at 48mm near the middle, was too wide for me to ride in comfort; the Tarmac Expert’s was just about acceptable. For many potential purchasers, this may seem a personal quibble, which in a sense it is. But for anyone who finds a wide top tube uncomfortable, it may well be a deal-breaker.

The Domane’s frame geometry may also influence your choice. Its front-end geometry might be described as ‘short and high’, and is designed for those who don’t want too much of a stretch to the handlebar. The Specialized is a different beast entirely, with proportions suited to those comfortable with a more competition-orientated riding position. This major feature aside, there was little difference in ride sensation – steering response, comfort – that could not be at least in part attributed to the two bikes’ tyre selections.

Both machines sport wheelsets in the contemporary fast(ish) road bike style, which means a low spoke count (18/24 and 20/24 for the Trek and Specialized respectively) and sturdy rims designed primarily for durability. Both wheelsets are tubeless-ready, with the Trek rolling on tubeless Bontrager R3 28mm rubber and the Tarmac on 24mm innertubed Specialized S-Works Turbos. Whether thanks to the fatter tyres or IsoSpeed, the Domane felt marginally the more isolated from rough road surfaces. 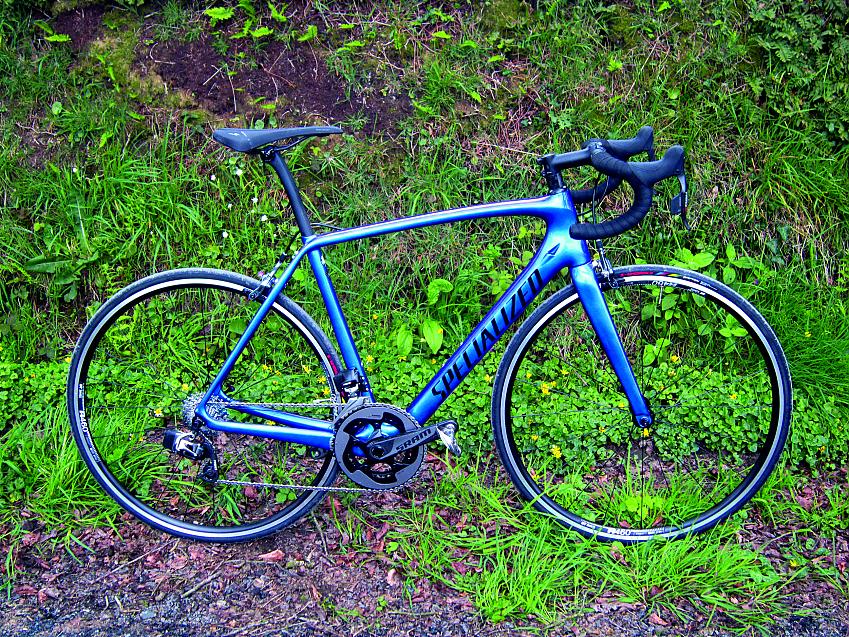 Other than seatpost arrangement, the only notable difference in general component specification is in braking. Where the Tarmac sticks with regular SRAM Force dual-pivot callipers, the Domane gets direct-mount Bontrager Speed Stop rim brakes. These employ a fantastically complex-looking arrangement of struts, eccentrics, and bearings and allow braking power to be adjusted to take account of rim width.

A close look shows that there is a rising rate effect to the mechanism, which in turn means, as Bontrager’s own fitting instructions concede, that power is reduced on wider rims such as the Trek’s. The net result is that there’s nothing to choose between the two: both bikes have smooth, effective stoppers.

Both groupsets can be found for sale at a grand or thereabouts and can be retro-fitted to an existing bike.

Both Shimano and Campagnolo stuck with the format of their existing dual-control mechanical shifters when engineering an electronic replacement, so Shimano Di2’s default arrangement is for the right-hand lever’s buttons to control the rear mech and the left hand, the front. SRAM’s eTAP impressed when launched with its sheer exuberance, ignoring previous thinking and taking advantage of the possibilities inherent in electronic control to provide a very different shifting experience.

There’s one shift paddle per lever. Pressing both at once shifts the front mech either up or down from where it is, while pressing the left-hand lever paddle only shifts the rear mech to a larger sprocket and the right-hand paddle only to a smaller one. It’s tempting to describe the sequence as intuitive, which it is not, but it is easily learned and near-impossible to get wrong. Shifting is fast, crisp and accurate, as is Shimano’s Di2, although that system’s two small switch pads per lever can be hard to distinguish with gloved fingers, occasionally resulting in mis-shifts.

Just as impressive as eTAP’s functionality is its use of wireless signal transmission, which is done between shifters and mechs using a proprietary wireless protocol. Batteries are contained within the mechs and shift levers, the latter using standard CR2032 buttons, while the shifters have identical rechargeables, allowing a swap should one flatten while riding. With no wired connections, the look is clean and installation both quick and easy.

Di2 is powered by a single rechargeable battery usually placed either inside the seat post or behind the front bottle cage. The Trek’s is hidden inside the frame and did not need charging during the test. Both systems have LEDs that display battery charge status. Battery life in both cases can be expected to exceed 1,000km of normal riding.

Prospective buyers can choose between eTAP and Di2 on the basis of shift sequence, the former’s wireless operation, and even the possibility of customizing Di2’s functionality using Shimano’s E-Tube Project software. Di2 can also be set up to interact with a Garmin navigation device… And then there are the bikes themselves to consider. 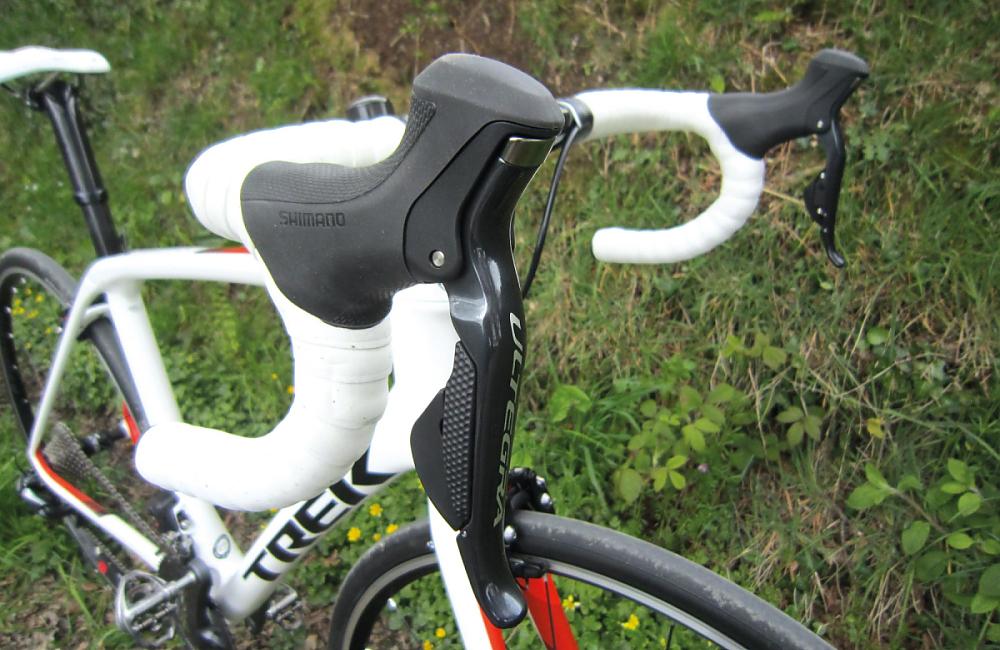 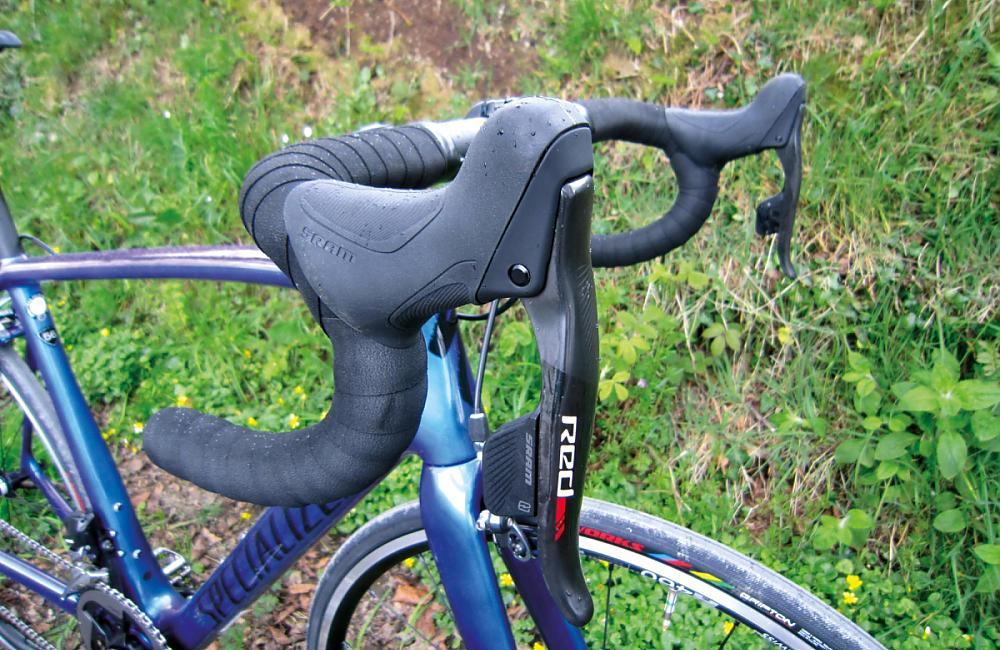 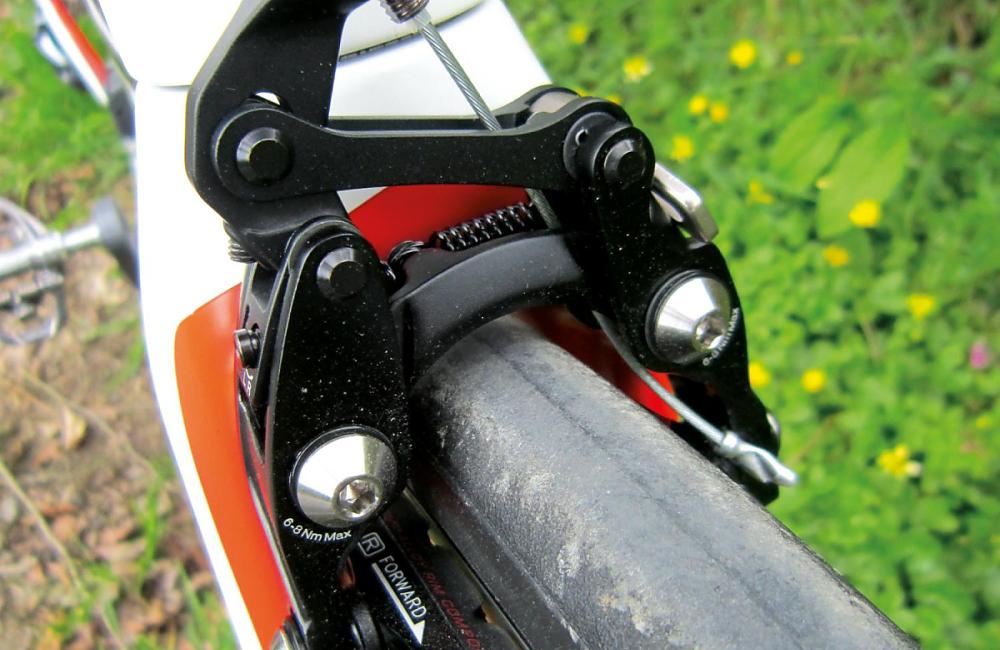 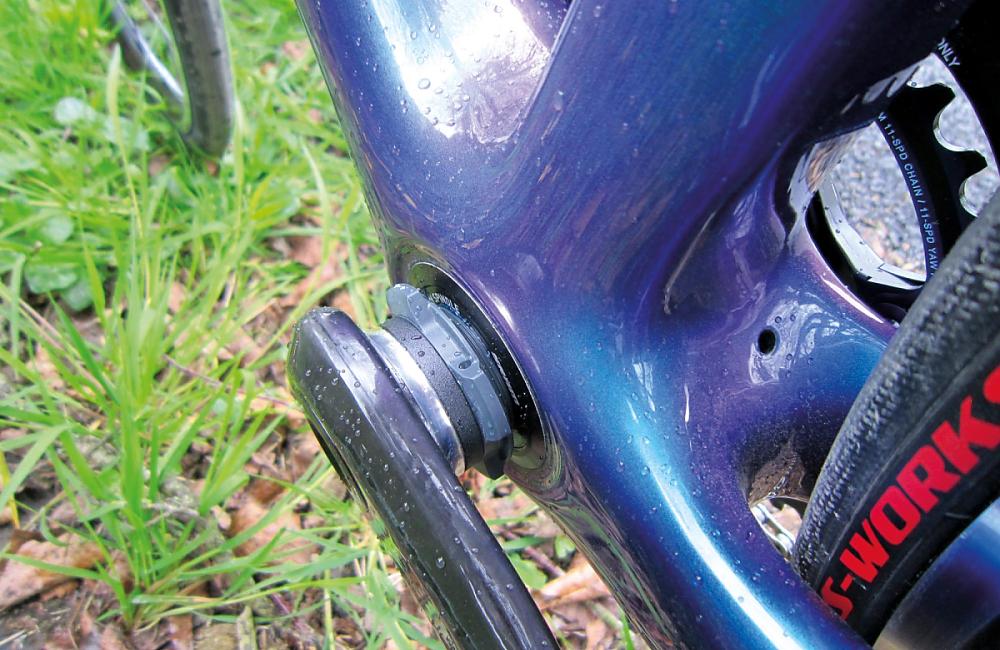 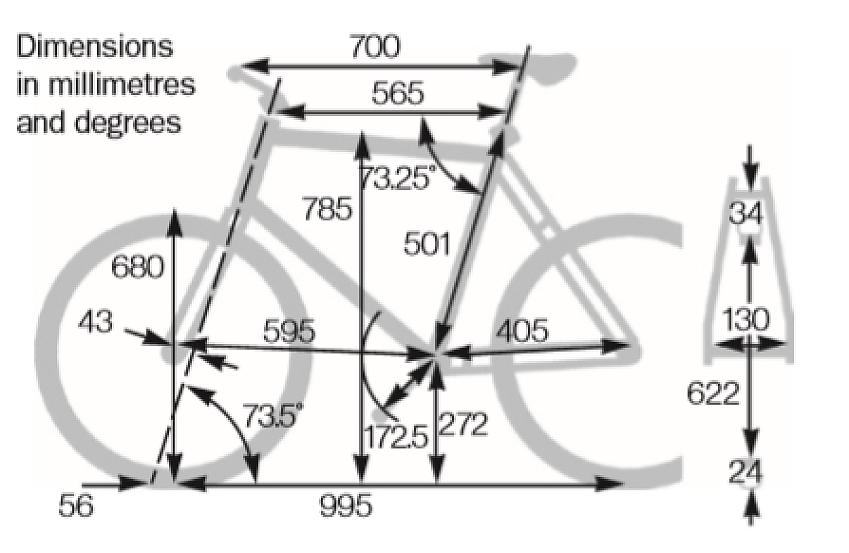 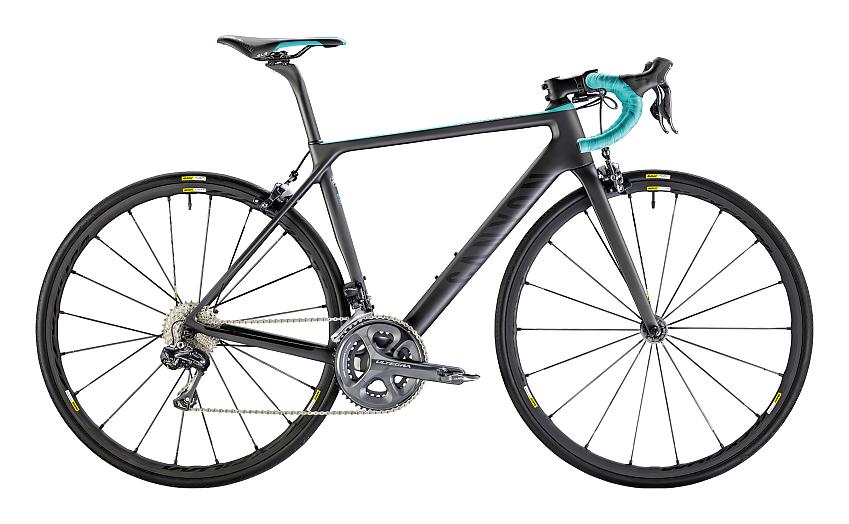 The best innovations at the London Bike Show 2018 View

A guide to rear shifting View