An e-road bike is essentially a high performance pedelec. It incorporates its electric drive system within what looks and, for the most part, rides just like a fast, lightweight road bike. A number of major manufacturers have brought out such machines in the last couple of years, aimed presumably at buyers looking for a bit of help when needed without having to abandon the sensation of speed and efficiency enjoyed by sporting leisure riders – riders like ex-pro racer Sean Yates, who sings the praises of Ribble’s Endurance SLe e-road bike.

If there’s a common theme among e-road bikes, it’s that they're sleek enough to pass, at a glance, for a regular bicycle. The battery pack is hidden within the frame and the motor unit designed for stealth Amp up your ride E-bikes don’t have to be heavyweight hybrids. Richard Hallett tests lightweight e-road bikes from Bianchi and Orbea rather than openly displayed.

Two drive systems dominate: the Fazua Evation, driving the bottom bracket axle and secreted within the frame down tube; and ebikemotion’s X35 drive, housed in the rear hub, which is employed on the bikes tested here. Both arrangements have their merits: the Evation’s motor and battery can be removed when not wanted, saving some 3.5kg and leaving the bike little heavier than a standard bike; the X35’s hub installation, which leaves the transmission and chainset unmodified, creates zero drag when the motor is turned off. It’s also lighter, weighing a claimed 3.5kg for the system as installed – battery, motor, charge point, switch button and cabling – against the Evation’s 4.7kg.

A 12.6kg road bike that breezes up hills under power but doesn't drag without – in traditional Bianchi colours.

Equipped with the same ebikemotion X35 drive system, the two bikes offer a near identical powered assistance experience but are otherwise surprisingly distinct. Paint scheme aside, and the Bianchi’s Celeste livery will float many a traditionalist’s boat, the most obvious difference is in available tyre clearance.

Where the Aria e-Road is very much a conventional carbon-stiff road bike, with clearance for the 28mm tyres fitted but little more, Orbea’s Gain has enough room for fat 40mm rubber, and could even be considered an e-gravel bike. There’s plenty of room for mudguards too, although only the fork has threaded eyelets for stays; the rear end doesn't.

The Gain is still the more versatile of the two, and by some margin the more affordable. It’s not obvious why there’s such a significant price gap. While the Orbea wears the latest Shimano 11-speed 105 group and the Aria gets Ultegra, they both feature full carbon fibre framesets, arranged to house the drive system, backed up with decent handlebar componentry and competent wheelsets.

Sure, the Aria’s carbon fibre ‘aero’ seatpost adds a touch of class and enhances the aesthetic appeal of what is an undeniably pretty bicycle, but the Orbea is itself well-proportioned, with fine detailing, a more slender down tube that better conceals the battery and, enhancing its ‘gravel’ credentials, asymmetric chainstays. It’s also available in a choice of colours, like the orange shown on the facing page. 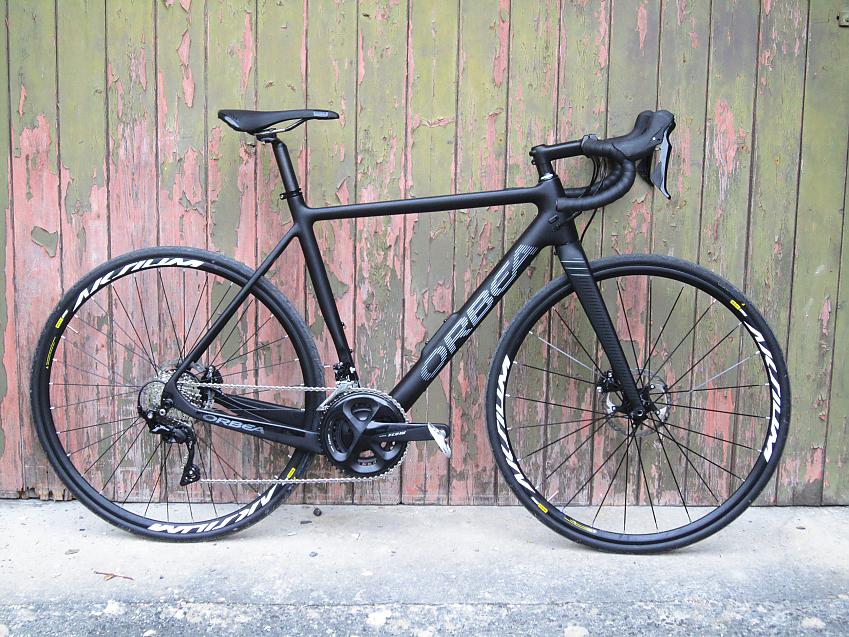 The Orbea rolls on Mavic Aksium rims and Yksion tubeless tyres. The front wheel is a standard Aksium disc, while at the back the ebikemotion hub is laced into a 32-hole Aksium rim.

Several of the rear wheel spokes are short enough to show thread beyond their nipples which, given that the wheel was fairly true, suggests it was built with inconsistent spoke lengths. Furthermore, the choice of one-cross lacing seems optimistic for a disc-brake rear wheel transmitting power assist.

It didn’t get much chance to demonstrate its durability, since the bike came with a left-hand front brake. It’s easy to forget after a few miles that one is riding brakes set up the ‘wrong’ way, with potentially lethal consequences, and it’s non-trivial to swap hydraulic hoses around - your Orbea dealer could do this for you if you didn’t fancy swapping it.

So I stuck to a shorter but wickedly hilly local circuit on the Orbea and, to avoid confusion, used the front brake only. 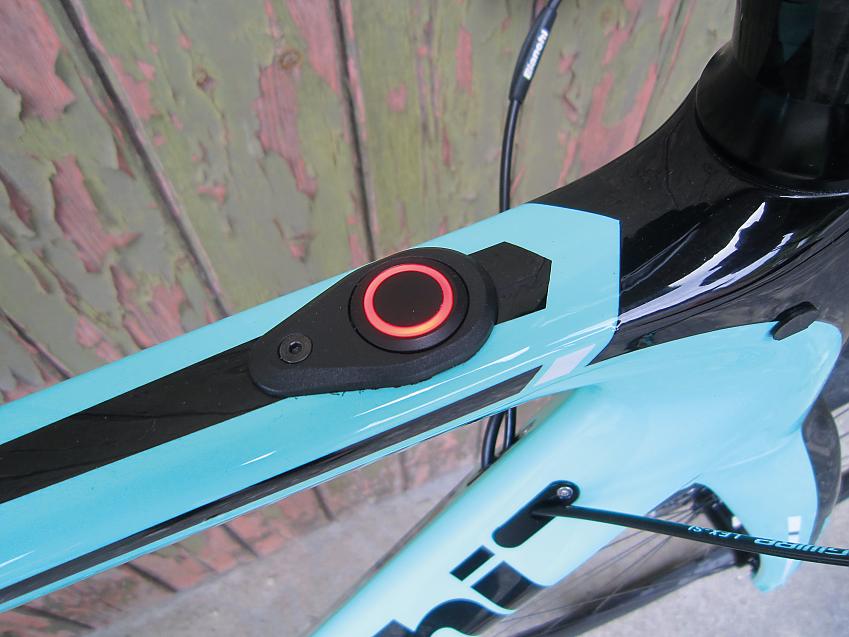 The discreet iWoc ONE button is the on/off switch, the mode button, and the charge indicator all in one. 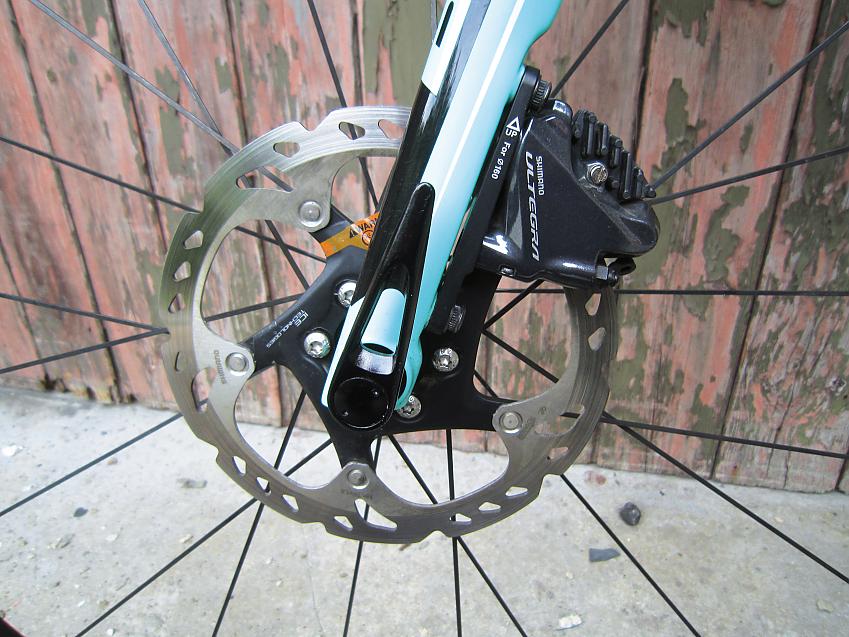 On said circuit, the Orbea proved to have a very pleasing ride: it’s stable, with precise steering and a stiff bottom bracket. However, the wide top tube, a common feature on contemporary lightweight diamond frames, rubbed my thighs. A deal-breaker for me, this will be of no consequence for many.

There is little to indicate that either cycle is carrying a motor and battery. Fitted with complete Shimano groupsets, both machines offer impressive performance when shifting, braking or pedalling, with no discernible difference in feel between the 105 and Ultegra components.

On test, the Aria’s hydraulic discs offered greater initial bite, no doubt because the bike is a well-used machine and the discs have undergone the required break-in period. Its Vision Trimax front wheel is nicer than the Orbea’s Aksium, but the assisted riding experience is remarkably similar, as you might expect given that the two bikes share the same drive system.

A keener priced e-road bike with the same hub drive motor as the Bianchi, and clearance for bigger tyres. 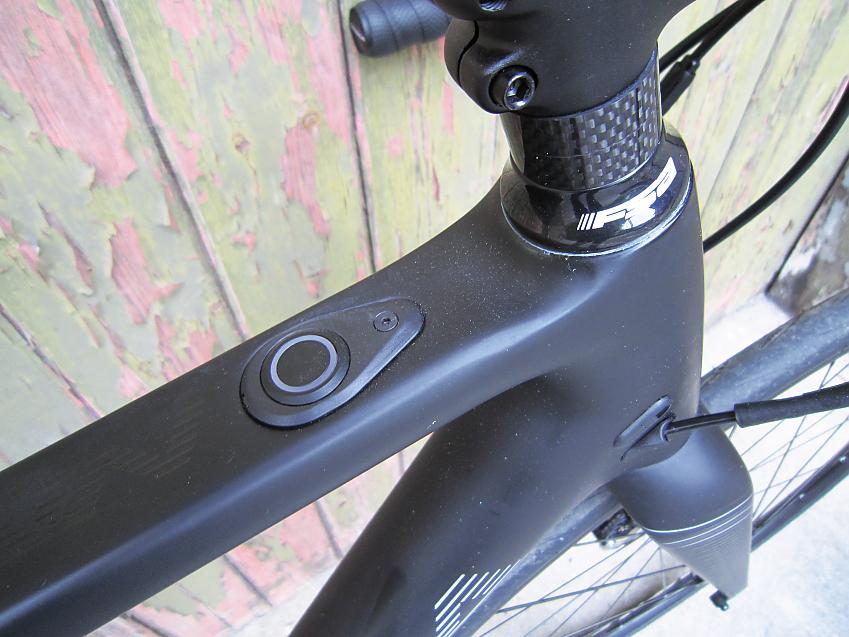 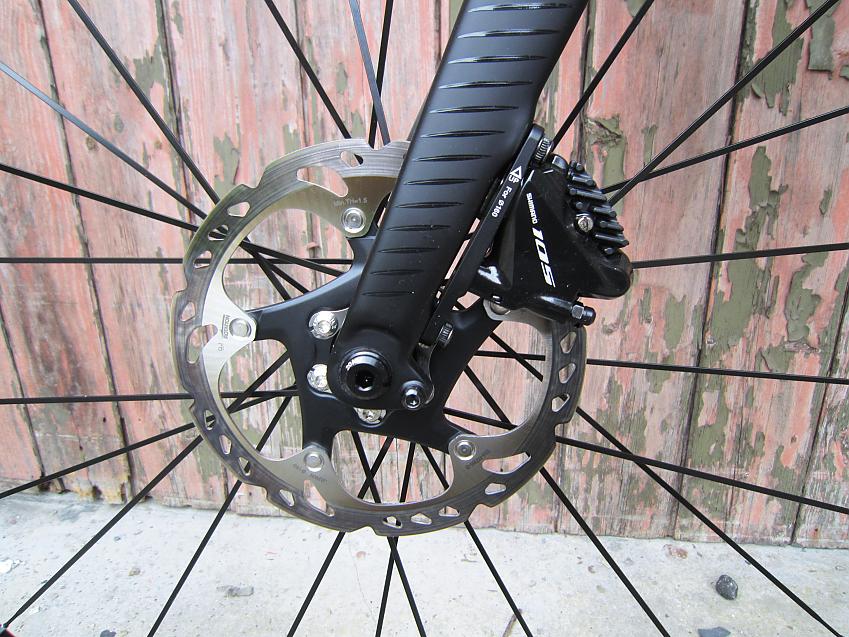 The Orbea’s fork has mudguard eyelets but the frame unfortunately doesn’t.

The bikes’ drivetrains differ significantly only in gearing, with the Aria e-Road boasting a semi-compact 52-36 chainset rather than a 50-34. If only because it came fitted with a right-hand front brake and is closer in size to my regular ride, it proved the more attractive machine with which to assess the X35 drive’s performance over longer rides.

As ever with a pedelec, the immediate temptation is to select maximum power and scoot up the nearest hill at some improbable speed. Which is great fun, but not necessarily the best use of the motor’s capabilities. Having enjoyed my regular commute – 15km and 300m of climbing each way – on full boost, I set out on a longer ride without recharging (via the port above the bottom bracket).

Halfway up the next climb, the top-tube mounted iWoc ONE control switch’s indicator button turned orange. Obliged by circumstances to complete what would be a 60km ride with another 700m of climbing (this is west Wales), I felt the first icy pang of range anxiety.

Had I uploaded the Bianchi app (there’s a similar one for the Orbea), which allows the user to integrate the drive with heart rate and such stuff and offers features like mapping and GPS tracking, I would have had a clear picture of battery level. The app isn’t needed to ride the bike, but without it I only knew that the battery had been depleted.

Fear of having to get over a hill or two without assistance took hold, and I dialled back to ‘Eco’ – the lowest power setting. This gives 30% of the available power, or 75W, which doesn’t sound much but turns out to be surprisingly welcome on most climbs.

It’s not clear precisely how assistance is delivered. Does it vary according to pedal pressure or do you get 75W right up to the 25km/h cut-off? Probably the latter, as soft-pedalling produces pronounced assistance.

Turning to Eco mode resolved a burning question. Inevitably, for any rider, there’s a specific gradient where they can easily reach the speed cutoff with assistance but struggle to exceed it by even a small amount without.

This can mean either moderating effort to stay below the cutoff – or working harder than desired. In Eco mode, the ‘transition’ gradient is shallower and the sensation of drive cutting in or out almost imperceptible, unlike the surge from more powerful modes.

Obviously, Eco mode greatly extends battery life, but the iWoc One nevertheless turned red with 10km and a big hill remaining. Satisfied that I had some juice available should I want it, I tackled the climb in Off mode. Riding unassisted, e-road pedelecs are very different from heavier utility machines; their three or four kilo weight penalty is barely noticeable.

Since unassisted riding is fine, range anxiety need not put you off longer rides where there’s a risk of exceeding battery life. And it’s possible to fit one or two auxiliary bottle cage-mounted batteries, which extend the assisted range to as much as 250km.

Both bikes offer a hugely rewarding assisted-riding experience, especially in hilly terrain, and work amazingly well even without assistance. While the Orbea offers keener value and tremendous versatility, including all-roads riding, Bianchi’s offering would not look out of place in a sportive, where either might go unremarked – at least until the first climb!

At Cycling UK, we are proudly independent. There’s no pressure to please advertisers as we’re funded by your membership. Our product reviews aren’t press releases; they’re written by experienced cyclists after thorough testing. 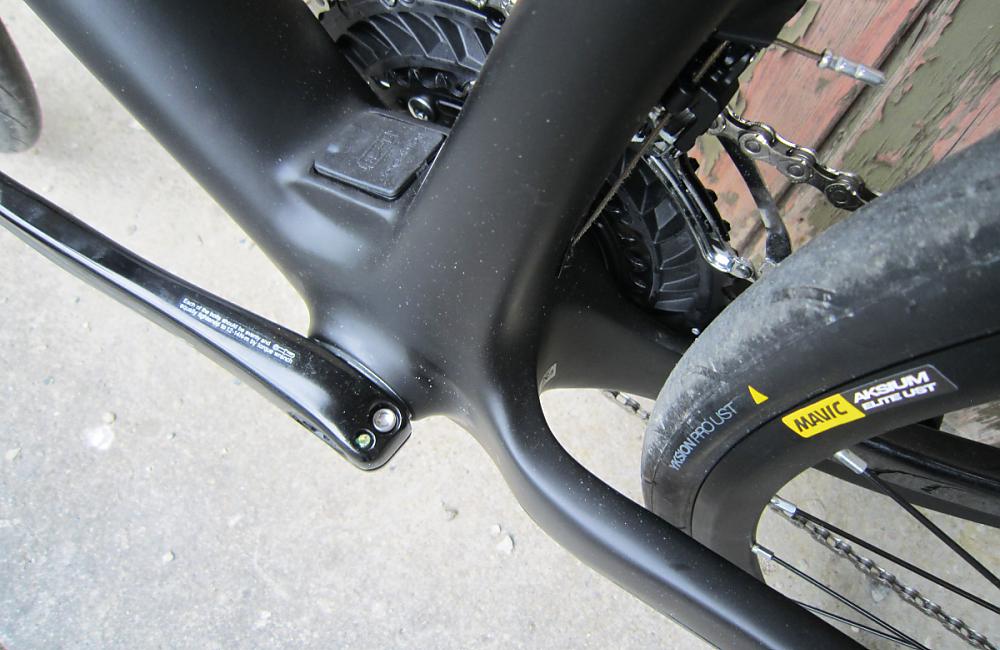 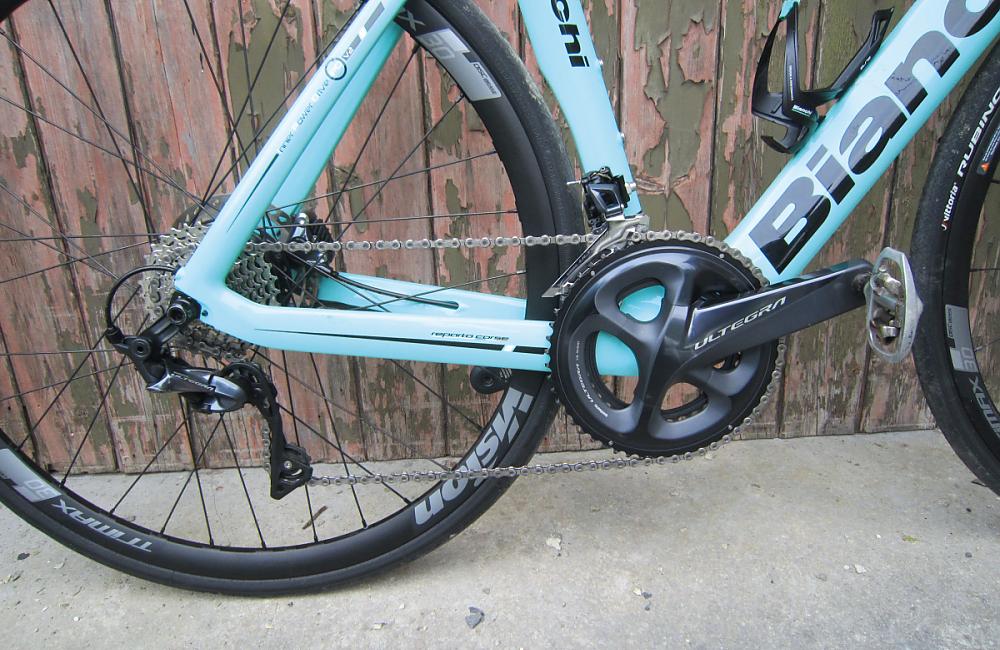 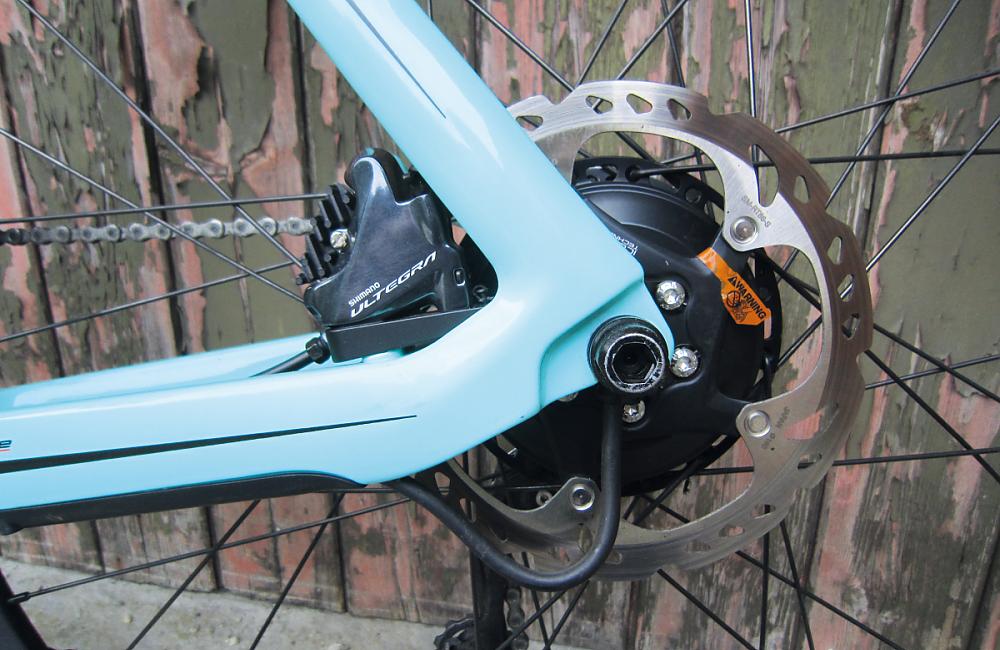 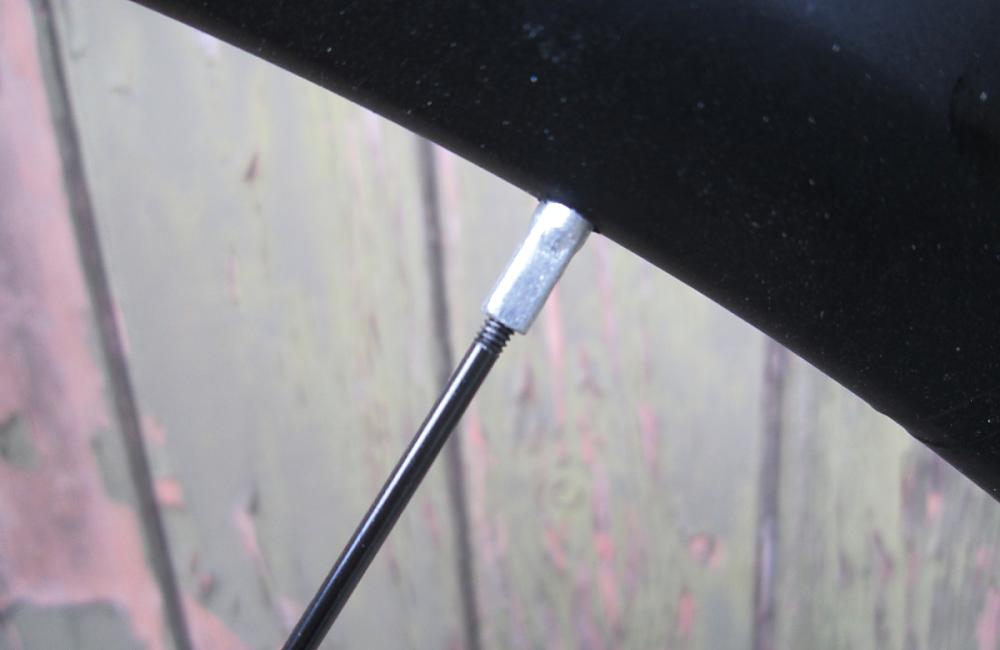 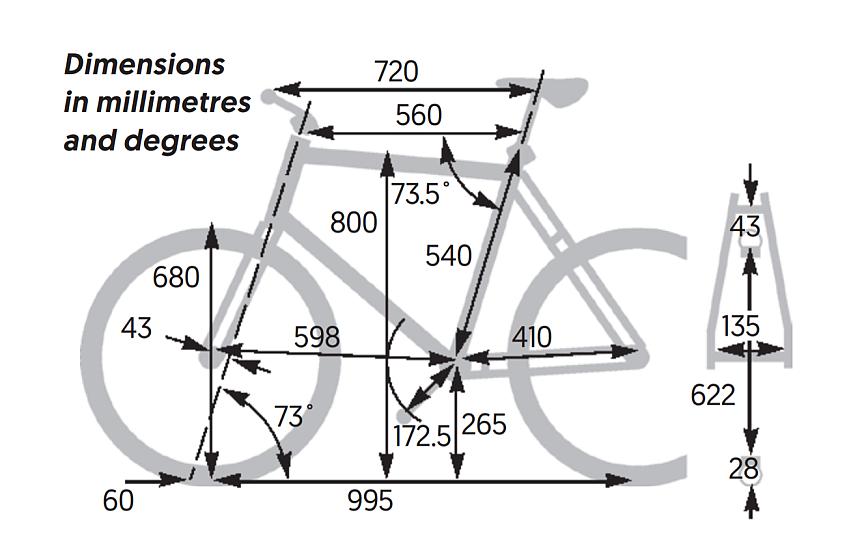 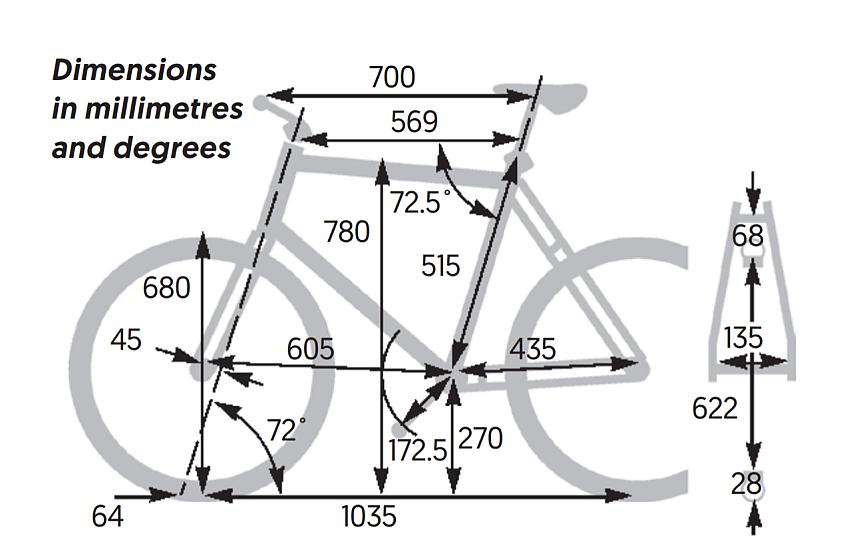 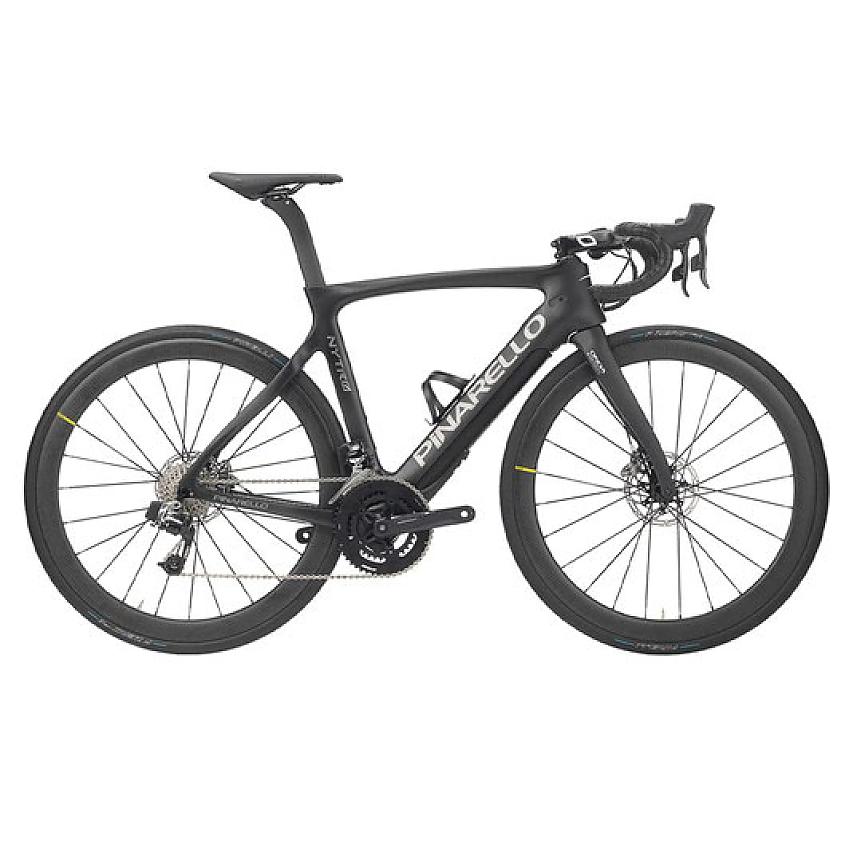 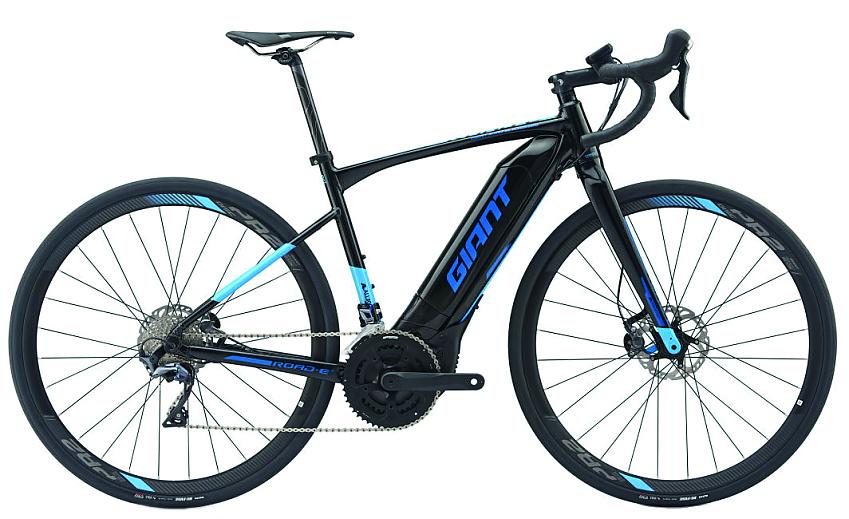 Well-equipped and powered by Giant’s powerful SyncDrive Pro mid-motor, but with a substantial and obv