Mohammed Ali was a chainsmoker with a poor diet whose attempts to start a new exercise regime always seemed to end in failure. Now, though, North Manchester Community Cycle has helped him stick to a healthier regime.

Mohammed tried kickboxing, gym sessions, swimming, squash and tennis but he was unable to commit to any of them as he juggled family life and work. Then he discovered cycling – and it has helped change his life.

Not only that, Mohammed is now helping to change other people’s lives having played a key role in setting up a Cycling UK Community Cycle Club in North Manchester.

Getting out on a bike has given 44-year-old Mohammed a new-found energy, not to mention helping him lose weight and give up smoking.

Mohammed, a Community Welfare Officer, said: “I came into contact with the Community Cycle Club project via Transport for Greater Manchester’s website.

“I invested in a bike which was not brand new but decent enough to start riding and feel safe on the road. It’s the best investment I’ve made for a very long time. I find cycling very practical, easy, fun and it reminds me of the good old days.

“I then completed a basic bike session to start learning to ride again in South Manchester's Alexander Park. Then I attended a basic bike repair course in Bury.

“Soon after I was riding at least once a month. I started by riding short distances but now I can ride easily for 3-5 miles," Mohammed said.

I feel energetic and light on my feet. I have gained stamina, lost weight and become fitter. Emotionally, I feel happier and confident.

“Myself and Tony Cramp (Neighbourhood Housing Assistant, Cheetham Hill) realised there was no club situated near us, and so we opened a Community Cycle Club," Mohanned explained.

“Since then we’ve had Ride Leader training through Cycling UK and we have several leaders and assistant leaders who can take groups out. We are now based at the local community centre where we working under their umbrella – Communities for All.”

Mohammed, originally from Pakistan, continued: “I was a chainsmoker and my diet is not very healthy, and I kept going back to my bad old habits. I had very little cycling experience - a bike ride on some rare occasions around 15 to 20 years ago.

“Since getting involved with cycling through Cycling UK and TfGM I believe I’ve changed a lot. I feel energetic and light on my feet. I have gained stamina, have lost weight and become fitter. Emotionally, I feel happier and confident.

“I am also proud of my commitment and achievement as Assistant Ride Leader, and hopefully I will help take the club to bigger and better things. The plan is to get the community in North Manchester to be a part of it," Mohammed said.

“As a whole, I have made more friends and my social group has expanded. I have also rekindled relationships with former friends. As a result of North Manchester Community Cycling Club, I am more known in the community and regularly get asked about the club.

“My son has recently joined me on a ride around the area and this has allowed me to spend more time with him.

“I’ve stopped smoking and I’m spending money on my children and have saved money for a holiday. I feel a sense of achievement and find it therapeutic," Mohammed said.

“I’m really glad I decided to get on my bike. Cycling is a great workout for the body, the mind and the senses – it’s a triple win situation!” 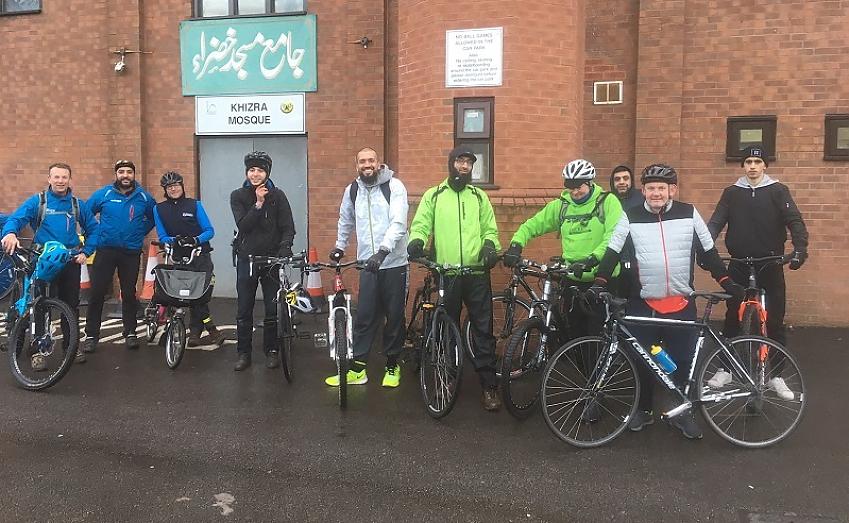