Susan Robertson says taking up cycling, 14 years after being diagnosed with multiple sclerosis, has been like ‘joining the human race again’. Cycling UK’s Sam Waller went to meet Susan Robertson and hear her story.

“Absolute, pure bliss. Pure joy. I was going along the cycle paths, singing at the top of my voice! It was an absolute delight. I was so happy.”

Susan Robertson’s eyes light up when she describes taking to Edinburgh’s leafy cycle paths on a trike for the first time.

Susan, a former teacher, thought her cycling days were over after being diagnosed with multiple sclerosis (MS) in 2004. 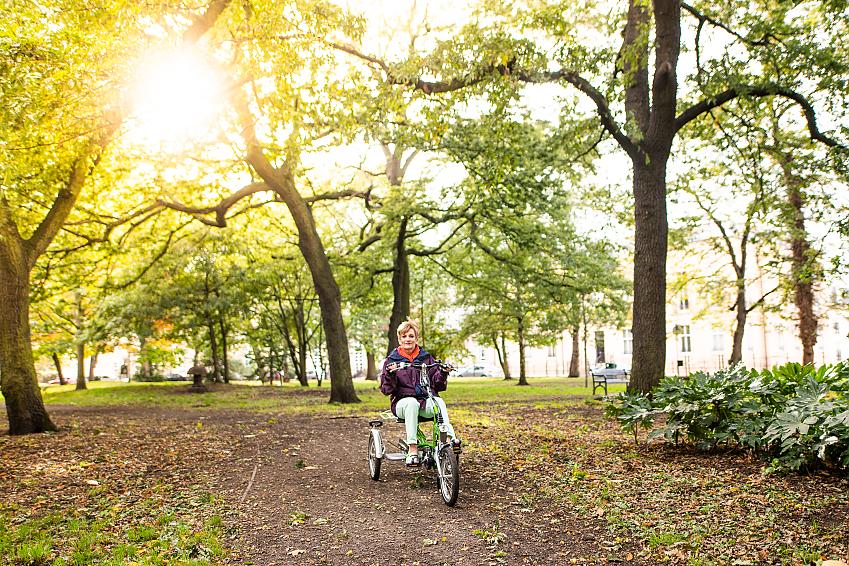 She tells me that her mobility has steadily decreased over the years. Nowadays, using two walking sticks, she can walk for around 20 metres. Otherwise she’s reliant on her mobility scooter or car.

Last year however, Susan heard about Cycling UK’s Edinburgh All-Ability Bike Centre (ABC), which has a base close to her home near the centre of the city.

She had some initial doubts, but they didn’t last long. Susan is a woman with determination.

“The idea of going out cycling just didn’t seem like something I would be able to do, I did hear ‘all abilities’ and ‘all different sorts of cycles’, but I still thought that my legs probably wouldn’t manage it. But I like a challenge…”

The ABC team set up Susan on a semi-recumbent trike, which she found to be perfect for getting the requisite power out of her legs. 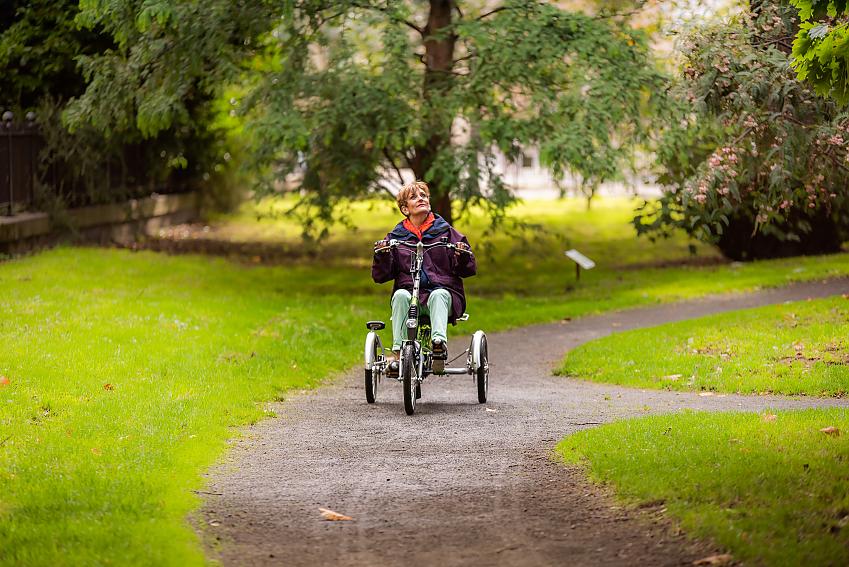 Enjoying the scenery in a local park

First up was a spin around the centre, before building up the distance a little every week.

Within a couple of months, Susan was pedalling for 45 minutes. Having this newfound ability to get around again was quite a profound feeling, she explains:

“It’s freedom and independence. I just feel as if I’m part of the world again, doing normal things. I’m included.

“Just simple things like walking through a park, which I can’t really do, but I can now cycle through the park, and that to me is like normality. So mentally it’s a very positive thing.” 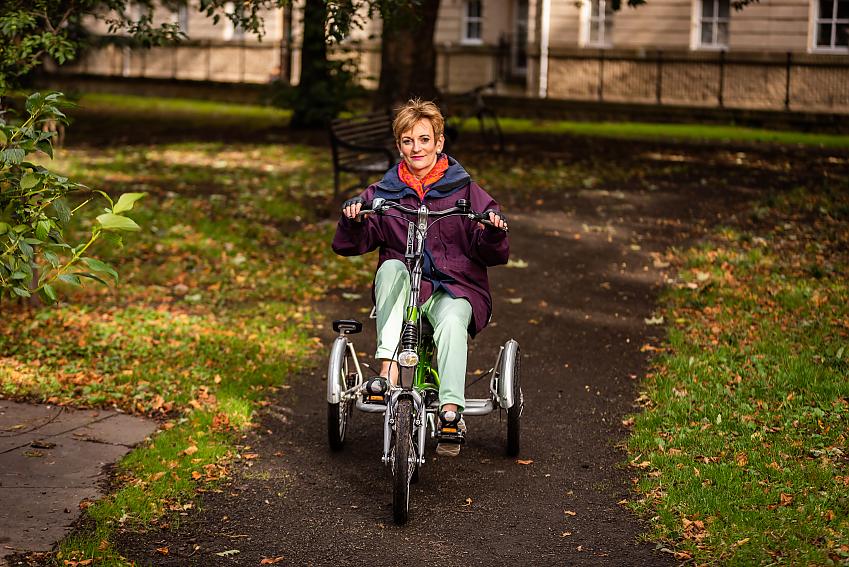 The trike has even taken her to places she never thought she’d see again. She tells me with great enthusiasm about going to see the Anthony Gormley statue in Edinburgh’s Newhaven district.

“That was terrific. I thought, ‘Wow, I’ve wanted to see that for years and I’m now able to do that because I’m on a bike. And I was so delighted! It’s just doing normal things that so many people take for granted.”

“It’s freedom and independence. I just feel as if I’m part of the world again, doing normal things. I’m included.

Cycling has also been great for Susan’s physical health. “I’m moving my muscles; I’m getting my heart rate up,” she explains.

“I am exercising in a way that I cannot [usually] manage. It’s very, very easy to lose muscle power when you can’t walk with MS and you’re not physically able to do much exercise. Fatigue is another big issue with MS so again, I can build it up.”

She’s is also quick to acknowledge the support of the team at the ABC, especially when first starting out:

“The volunteers were just superb. I was made so welcome. It was so encouraging. It was so supportive.  They were friendly. They were helpful. Nothing was any trouble.

“I was able to try out whatever kind of bike I wanted. I had the security of a safe environment; all flat; with the volunteers overlooking, checking that I was managing; able to give me assistance if I needed it; so there was a huge amount of support there.” 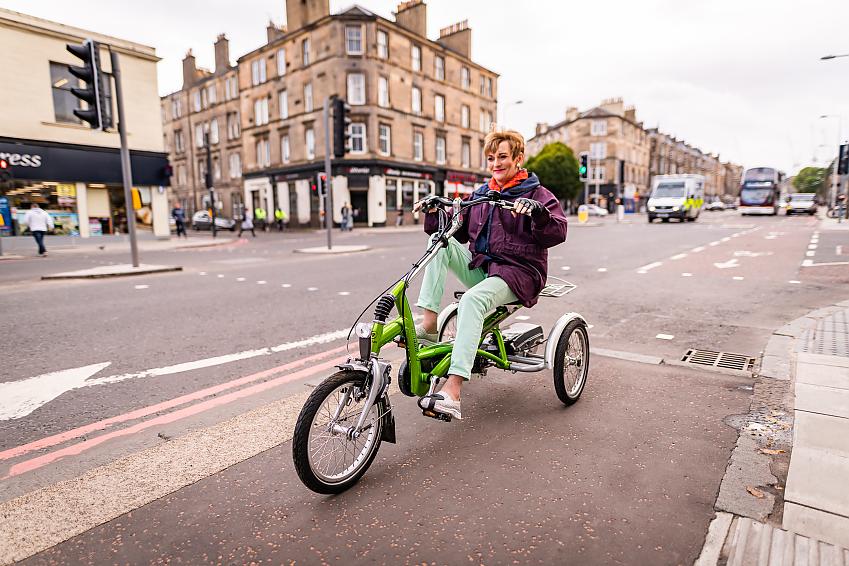 Cycling is "freedom and independence" for Susan

“[I want people to know] just how grateful I am to everyone involved in the project for making it all possible, and for supporting me and for making me feel like a part of the human race again. Doing normal things for that short period of time every week.”