Inspiring cyclists: A six year old girl who got her whole family cycling

Inspiring cyclists: A six year old girl who got her whole family cycling

An Edinburgh family have started cycling to school together and going on bike trips after their six-year-old attended Play Together on Pedals sessions. Cycling UK's Claire Hutchison went to meet Hiranya and her family.

The Rudras, who live in the suburb of Currie, were keen to go cycling as a family, but struggled to get their youngest daughter pedalling. 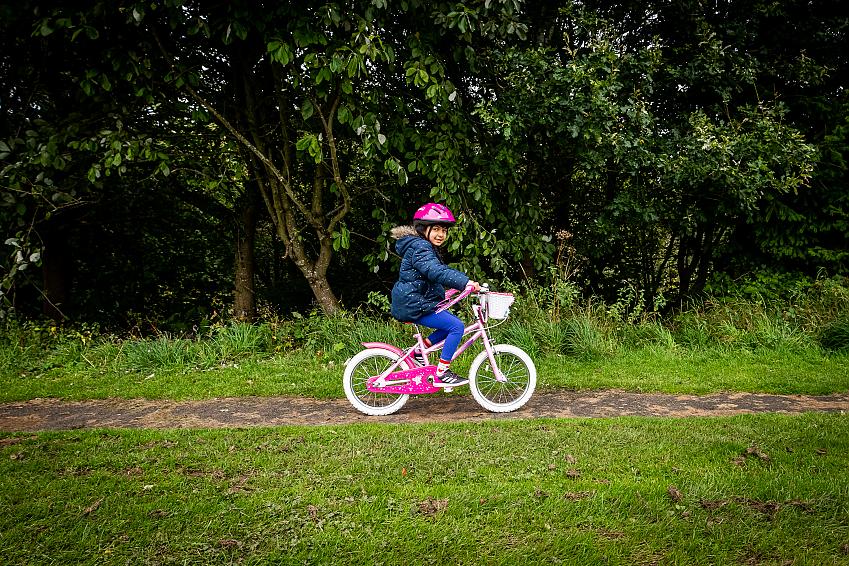 This all changed when they took six-year-old Hiranya along to Play Together on Pedals sessions. “Initially she was a bit under-confident that she couldn’t do it,” says Hiranya’s mum Sushma Bomma, a 42-year-old research engineer. “After three or four classes, she was fine. She felt like she had achieved a great thing.” 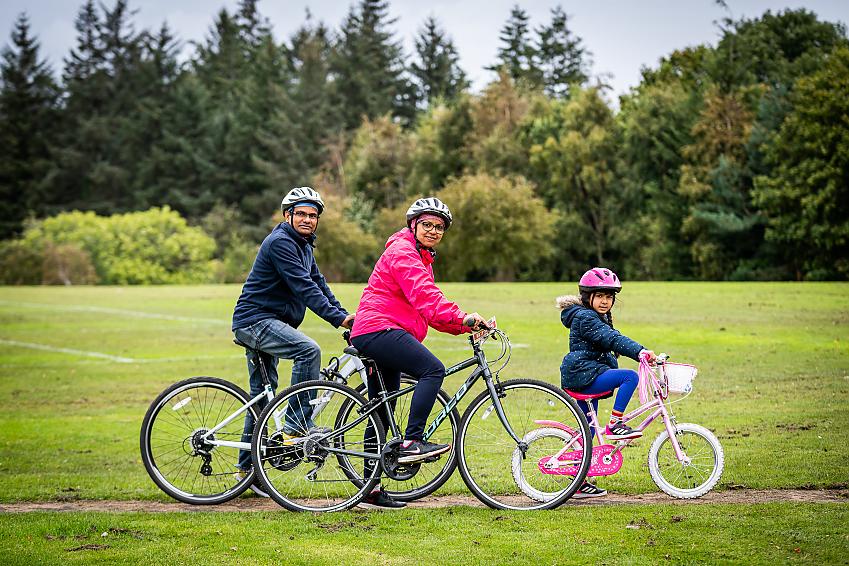 You wouldn’t know it seeing her confidently pedalling around the park with a smile on her face, but Hiranya was initially apprehensive about pedalling. Now she loves it. “I was a bit nervous at the first lesson but then it was good,” she says. “I like going out on slope roads and straight roads.”

Play Together on Pedals sessions help children like Hiranya gradually build up their confidence and skills, with a playful programme of activities on balance bikes. Bikes and helmets are provided at the free sessions located throughout Glasgow and Edinburgh, where skilled instructors help kids find their balance and eventually graduate to pedalling. 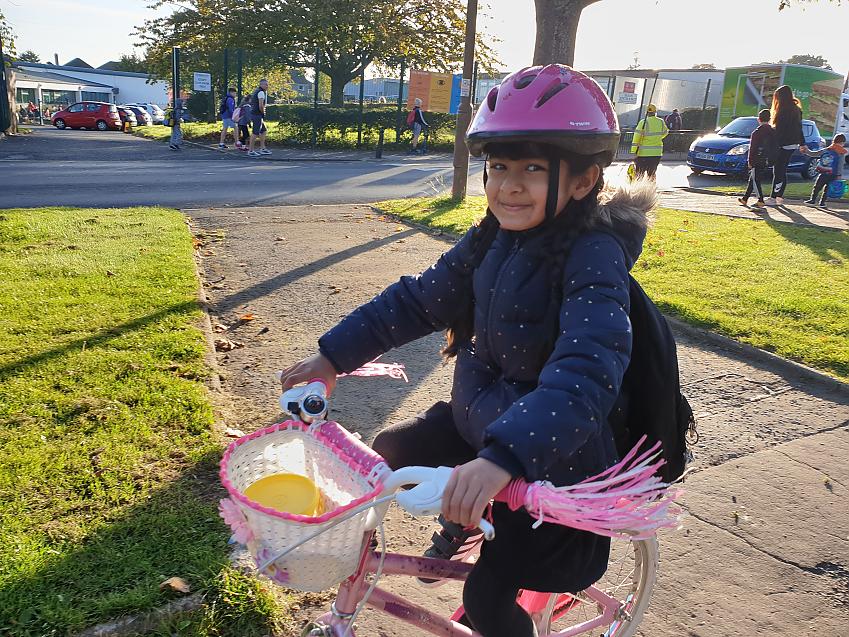 The project – run by Cycling UK, Cycling Scotland and Play Scotland also puts on family-friendly sessions to get parents and siblings in on the action.

Hiranya now cycles the one mile to primary school with either her mum or her dad Syama, a 44-year-old IT consultant. Her parents then continue their cycle into work, which highlights how the whole family have also been inspired to make more journeys by bike. “Now that I am confident to bike on the road, I’m confident to take her out whenever I can, and we can go altogether as a group,” explains Syama. 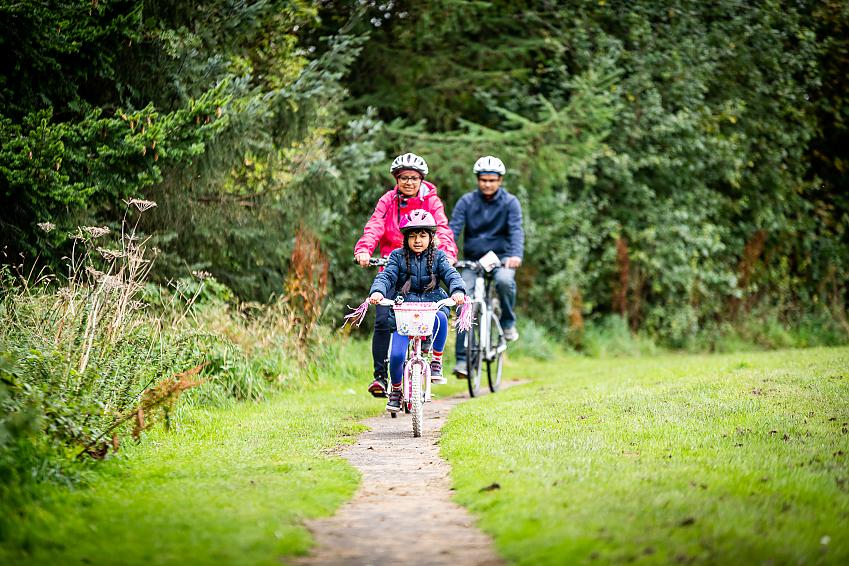 Hiranya’s 13-year-old sister Niyati also loves riding her bike, so the family have taken their bikes out to the Cairngorms and plan to make weekly trips to the Pentland Hills, which are on their doorstep.

“When you’re outdoors, it’s nice to do biking, because some roads you can only walk or bike,” says Sushma. “That’s why we were very keen for our youngest one to pedal as soon as possible, so she could ride on her own.”

Play Together on Pedals has helped a lot. The little ones pick it up very easily – the amount of confidence [the instructors] are building in the little ones is very good.

Sushma is really enthusiastic when she talks about cycling adventures the family have been on: “A couple times on holiday we booked a bike programme to go around the woods and back. Recently, me and [Niyati] did the 45-mile challenge from Glasgow to Edinburgh, it was a really good experience.” 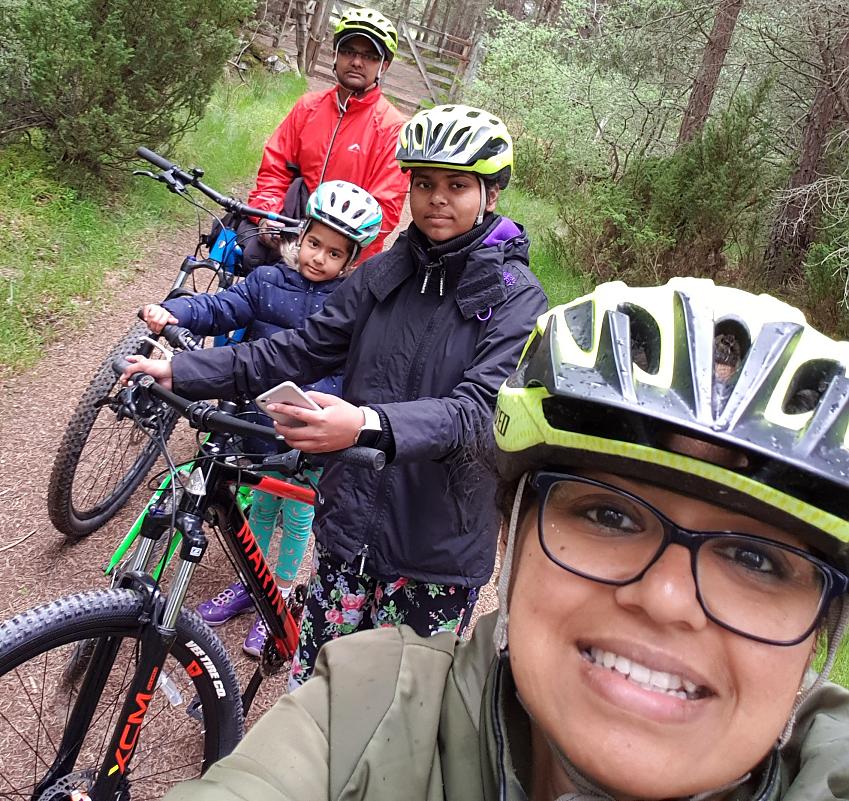 The family would have struggled to get out and about together if it wasn’t for Play Together on Pedals. “We were thrilled about the programme – we thought it would have been good for [Niyati] when she was learning as well,” Sushma says. “We were just waiting for [Hiranya] to pedal so we could all go out as a family on bikes. Play Together on Pedals has helped a lot. The little ones pick it up very easily – the amount of confidence [the instructors] are building in the little ones is very good.”

Family cycling     Cycling UK in Scotland     Play Together on Pedals

Find out more about Play Together on Pedals

Play on Pedals enables over 7,000 pre-school children in Glasgow to ride a bike View

Putting the 'big' in The Big Bike Revival View