Declan Nangle didn't think he'd ever be able to ride a bike because of his dyspraxia; he learned to cycle a bike with help from the Big Bike Revival. Cycling UK's Christina Bengston went to meet him.

9-year-old Declan from Kidderminster in Worcestershire did something he never thought was possible. He rode a bike, completely on his own.

Adam Coxon who is an Open Trail cycle coach said: "It was my task for today and I knew he could do it.” 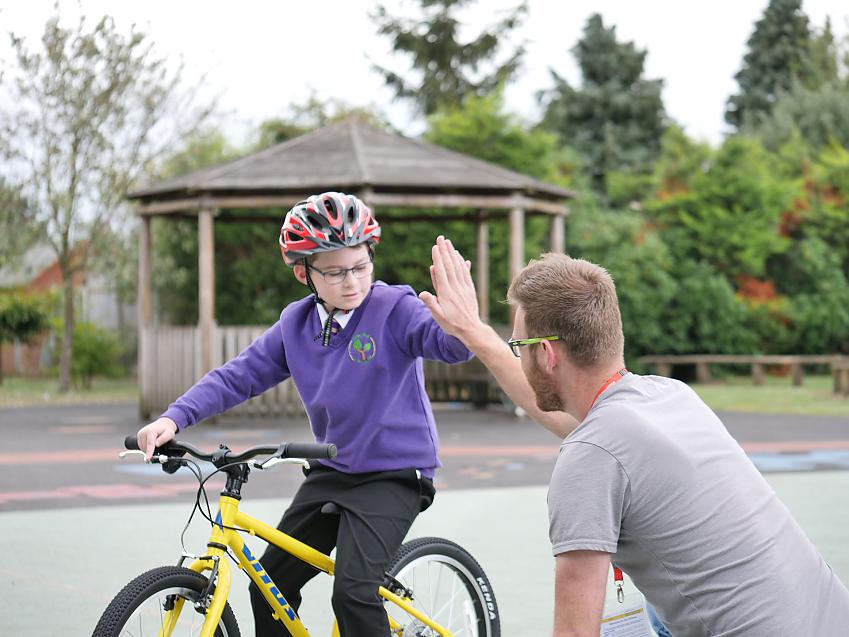 After less than an hour Declan had won his first trophy. Adam explained this meant getting one pedal put on the bike, turning it from a balance bike to a pedal bike. Then Adam added the second pedal.

“It gives kids something to aim towards.” Adam has been a cycle coach for six years and typically can teach a child to ride a bike in an hour or two.

For Declan it has taken three sessions and around six hours.

“Declan has dyspraxia which is a developmental coordination disorder,” said Siobhan, Declan’s mum. “So, things like physical activity, ball games and football he finds really difficult, it affects his balance”.

“Declan was very nervous during his first session," explained Sarah Hipwell, Thrive Practitioner at the school. "He wasn’t keen, he wasn’t enthusiastic, you could see he was scared." 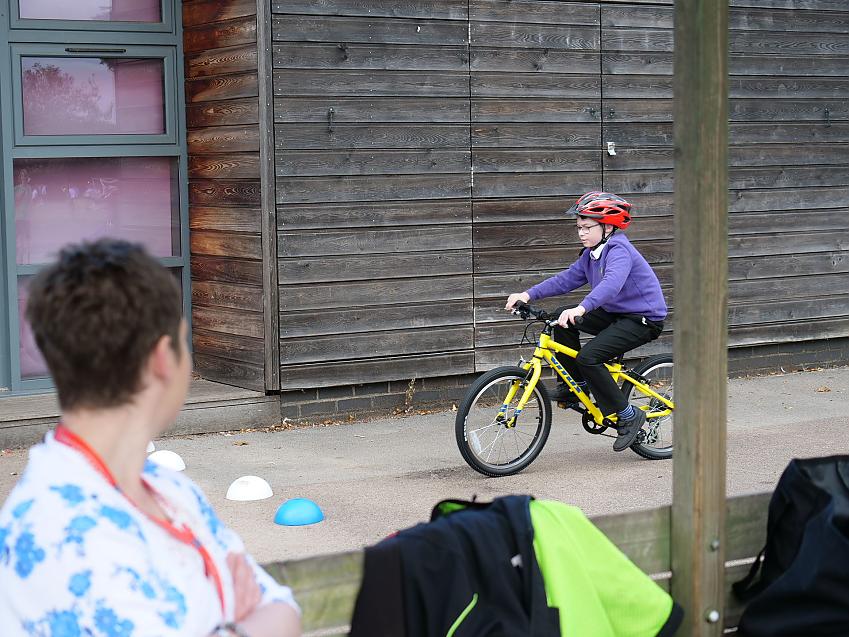 Declan’s parents, Siobhan and Paul, tried to teach him how to ride a bike when he was younger and when that was unsuccessful, they also looked for cycling lessons, but still Declan was unable to ride.

“The headteacher [at Foley Park Primary Academy and Nursery] said it would be really good for him to learn how to ride a bike and we’ve been saying it for the past couple of years, but because he finds things like this really tricky we didn’t know where to start,” said Siobhan.

“This has been fantastic for us as a family and for him and his confidence, so he can ride his bike with his friends… We’ve been delighted that he’s had the opportunity to do it.” 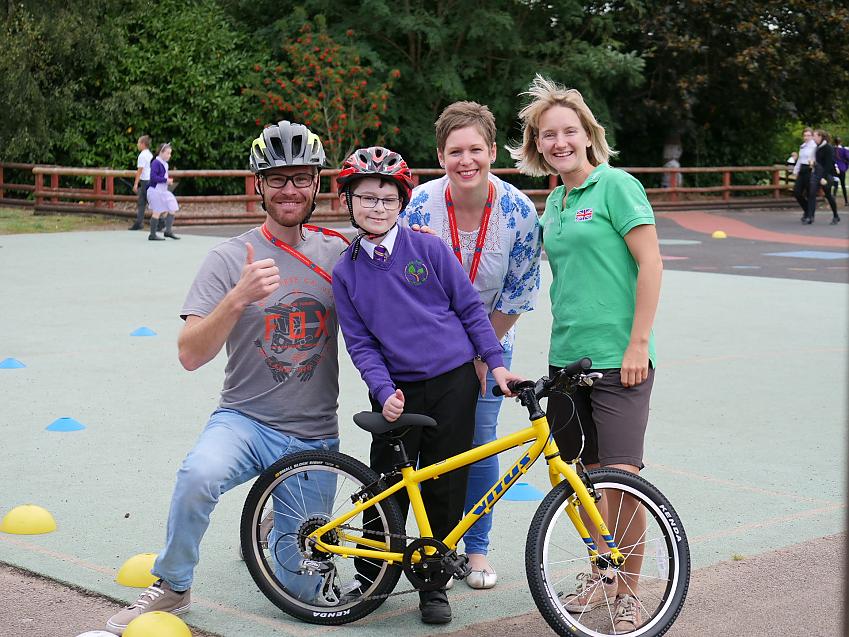 Open Trail received funding this year from Cycling UK’s Big Bike Revival which enabled them to go into Foley Academy and provide bike training for every child that needed it.

Open Trail has some big ambitions for the future of cycle coaching. “My personal mission for Open Trail” said Hannah “is to stop children leaving [primary] school without being able to ride a bike.”

“So, it’s really a case of if we don’t catch them before they’re 10 years old, they might not ever learn how to ride” said Hannah. 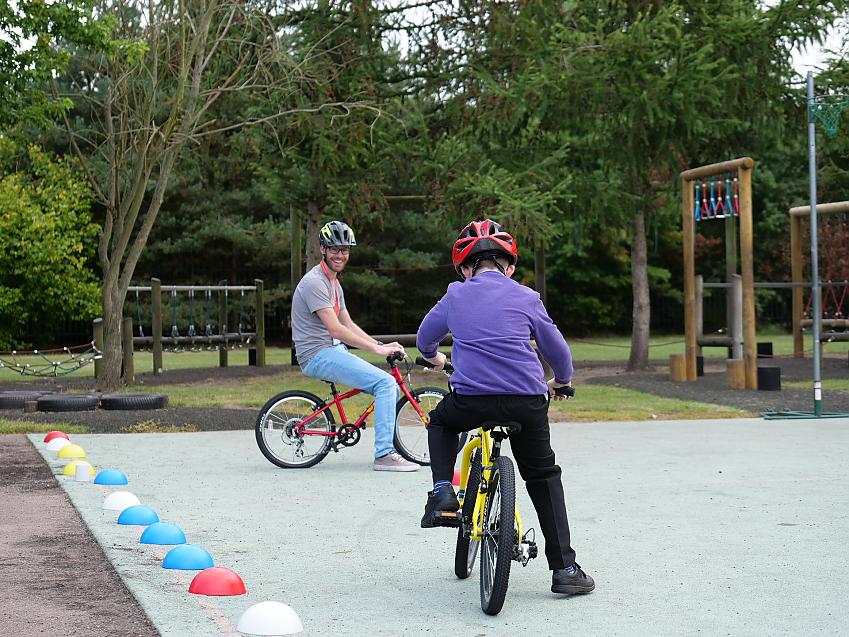 “Every year we said, this year Declan will ride a bike, this year, and it’s never happened. We’ve never been able to get him riding a bike.

“We wouldn’t be having children riding today if it wasn’t for Hannah and Adam, it’s been amazing.” 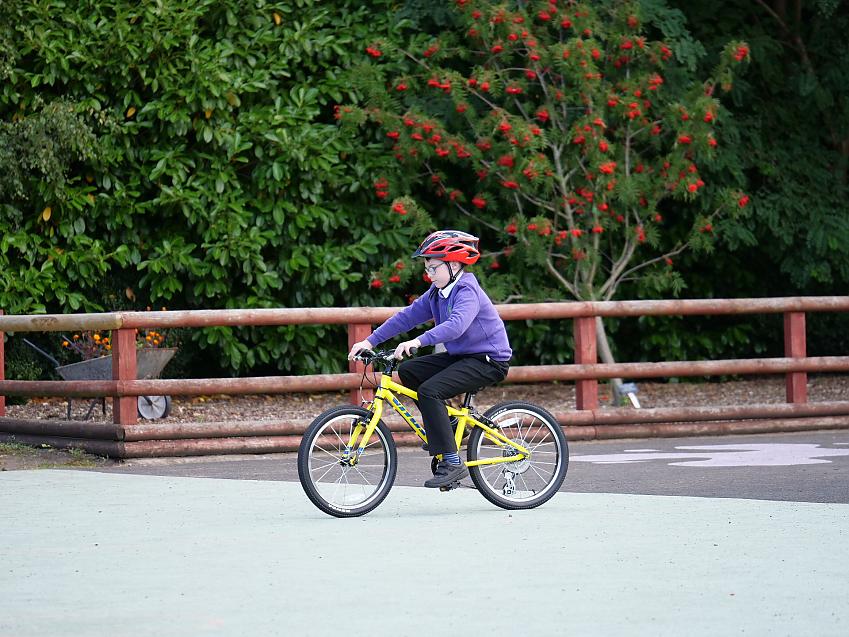 “[Cycling] is like a rite of passage," said Sarah Hipwell as she watched Declan cycle unaided for the first time. "they [children] should be on wheels.

“Declan has faced one of his biggest challenges today and he’s cracked it.”

Read more stories about how the Big Bike Revival has impacted people's lives.

Looking for cycle lessons in the West Midlands for your school?

Open Trail have been able to offer group and 1:1 training as well as cycling skills and maintenance training thanks to funding and bike donations from partners:

Video: How to teach your child to ride a bike - Updated View
Cycling UK continues to support the UK to cycle
This remains true during this difficult period with the ongoing threat of coronavirus Covid-19
Read our latest advice on cycling