Why we need national targets to improve off-road access

Why we need national targets to improve off-road access

With councils in England creating or upgrading rights of way for cycling at a rate of just five per decade, current mechanisms for improving access are stuck in a rut. Without decisive action now, the opportunity to enable more people to explore the outdoors could be lost, as campaigns officer Sophie Gordon explains

When Cycling UK asked councils across England how many new bridleways or byways they had created (or upgraded from footpaths) over the past 10 years, the results confirmed what many off-road cyclists already know: that improvements to access happen painfully slowly, if at all.

Of the 88 councils which responded to Freedom of Information requests* (58% of highway authorities, covering almost 80% of England’s land area):

Bureaucratic legal processes for upgrading the status of rights of way, a lack of incentive for landowners to upgrade them and under-resourced council rights of way departments combine to make it difficult for councils to proactively improve their rights of way networks. 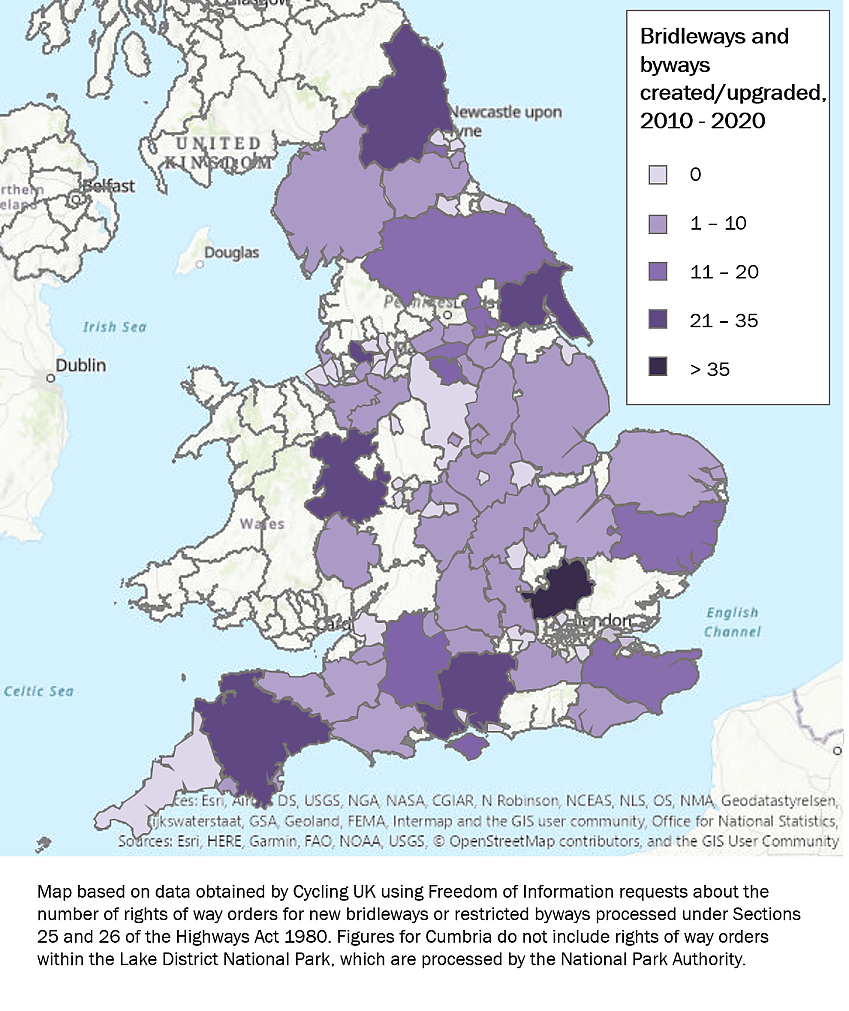 However, there are a few councils which are bucking the trend.

Hertfordshire County Council tops the table by a wide margin, having created 58 new bridleways and byways – more than double the next highest total. This is mostly due to the council’s strong planning policies for new developments, requiring new multi-user routes to be created where possible.

In more rural areas, Devon has led the way with the development of the Pegasus Trail, a long-distance bridleway for walking, horse riding and mountain biking, which, when completed, will form a 15-mile link between Dartmoor National Park and Cookworthy Forest.

These examples show what can be achieved when public access is prioritised – but they are the exception to the rule. Other large counties, including Derbyshire and Cornwall, have not managed to create any new routes over the past decade.

What would happen if access to nature was prioritised on a national scale? 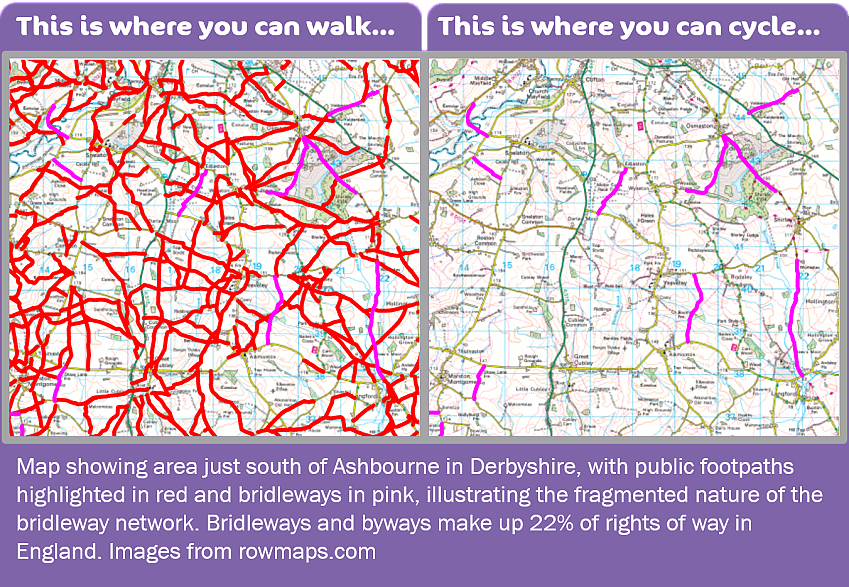 An opportunity for change

We have a chance to achieve that with the Environment Bill, which sets out several priority areas which will have targets set to improve them, such as biodiversity and air quality. But as things currently stand, access won’t be prioritised and will fall by the wayside.

Cycling UK has joined forces with other organisations to form the Outdoor Access Alliance, which is calling for two amendments to the Environment Bill:

Both amendments have been tabled, and now we need your help to gain wider support from MPs. By asking your MP to back these changes when they are debated on 26 January, you can help make it easier for more people to explore the outdoors where you live.

The coronavirus pandemic has highlighted how crucial spending time in nature is for our physical and mental health, and how difficult it can be to get outdoors close to home. Let’s seize our chance to make improving public access to the countryside a national priority.

* Cycling UK asked all highway authorities in England the number of the following rights of way orders they had processed over the past 10 years: