Steadily climbing up to Whiteleaf
By Sara Randle
Wednesday, 28 August 2013

Making the most of the good weather, Cycle Chilterns’ Sara Randle explores some unknown sections of the Chilterns Cycleway on an unexpectedly tough 50 mile road ride with a beastly trio of climbs.

The great thing about a 170 mile fully signposted cycle route is that it makes it easy to explore areas of the Chilterns without the hassle of maps, route cards or staring at a tiny GPS screen. All you have to do is find the little brown signs and follow them for a while. So on a summer afternoon I set off with two friends to an area we hadn’t ridden in before - the central Chilterns.

Our ride started at Great Missenden, a picturesque village nestled in the rolling chalk hills of Buckinghamshire, famous for being the one-time home of Roald Dahl and now the Roald Dahl Museum, amongst many other things.

Chiltern Railways run a regular service from London Marylebone to Great Missenden. From the train station we headed north-west on quiet lanes towards Hampden Bottom. This section of the route needed some navigation but it wasn’t difficult and within a few miles we’d joined the Chilterns Cycleway just outside Chequers, the country residence of the Prime Minister.

We continued to gradually climb until we reached the top of Whiteleaf Hill just outside Princes Risborough where the road dropped so steeply down Kop Hill it was like riding off the edge of the world. All the height gained in six miles was dispensed with in just over a mile, we got the feeling this wasn’t going to be an easy day in the saddle. 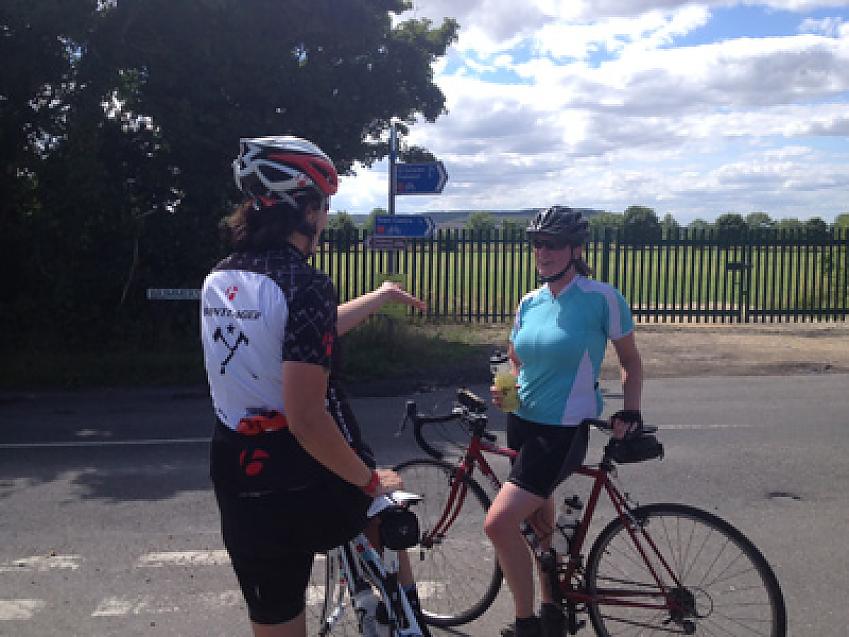 We headed along the ancient Icknield Way Path and soon started climbing again up to Bledlow Ridge. Place names in the Chiltern Hills are a great indicator of the terrain to come, a lesson we learned very quickly on this ride: Bledlow Ridge is actually on a ridge (a steep one), and the climb up to it is a beast.

Still happily following the Cycleway signs, we passed through Stokenchurch, often used by search engines as the central point for the Chilterns, crossed over the M40 and after many miles of ascent, we reached the highest point of our ride near Aston Rowant National Nature Reserve.

Then came a real treat - the kind of road that cyclists fall in love with - a false flat descent. We were whizzing along at such a pace that we almost missed the half way lunch stop at the Fox & Hounds in Christmas Common.

Sadly our best efforts to imitate a pro-team time trial on this stretch hadn’t got us to the pub on time and they had stopped serving food. Lunch consisted of three pints, two slices of flapjack, three packs of mini cheddars, four packets of peanuts and some pork scratchings, all hoovered down in a couple of minutes.

Protein and carb levels topped up, we left the northern section of the Cycleway here and cut across towards Turville Heath on a gorgeous, quiet little lane. We picked up the Cycleway signage again just before the Chiltern Valley Winery & Brewery. 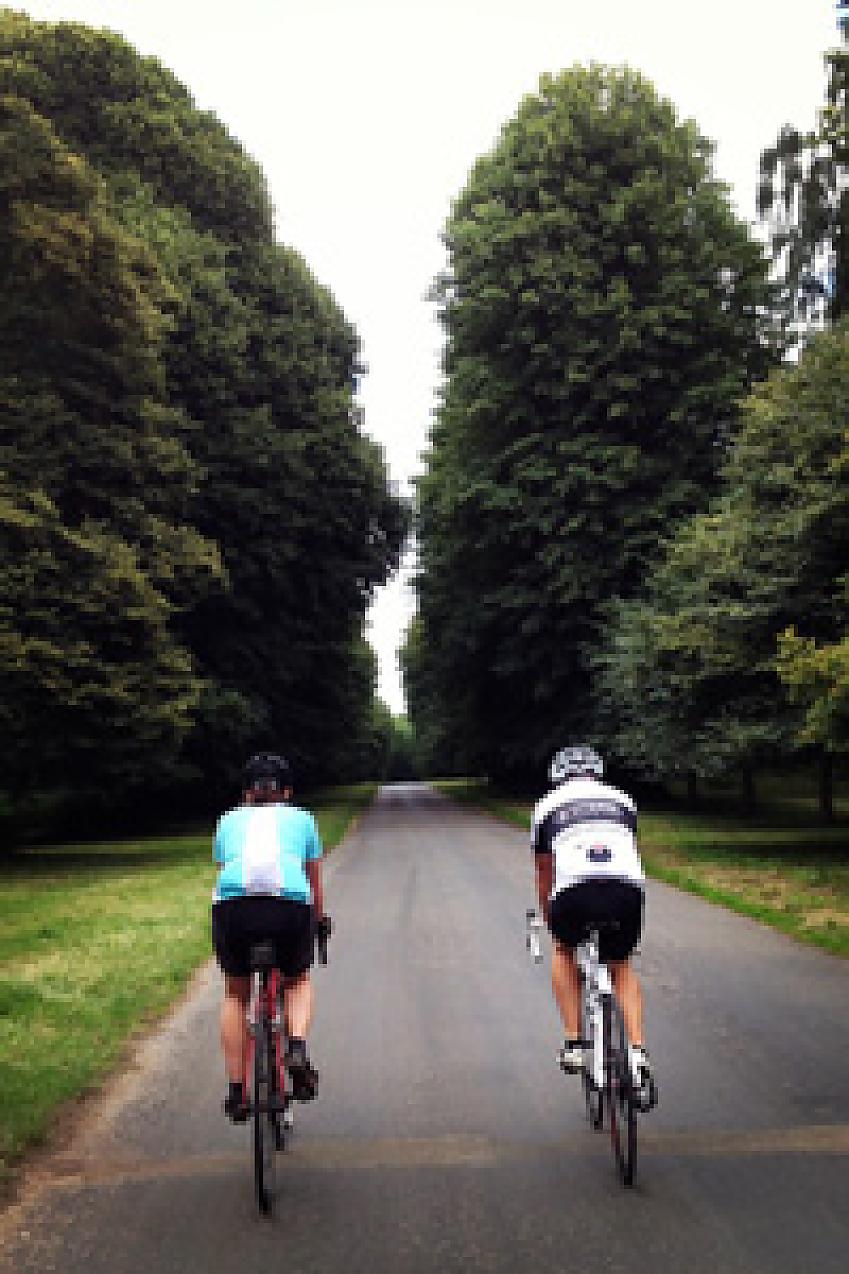 The descent down into the Hambleden Valley was steep with some gravel covered corners. This resulted in our only two punctures of the whole ride. Stopping at the bottom to fix the punctures wasn’t great preparation for what was to come either, as the climb up to Frieth was another beast, the Son of Beast, quickly followed by another short little leg burner up into Lane End.

The route crossed back over the M40 to join a small section of the A40 into West Wycombe and climbed gradually up through a small valley to Saunderton.

By now we were tired. It had been a tough day and as we crawled up the hill into Speen the familiar cries of “this must be the last hill” and “we must be nearly there” had started from my riding buddies. I replied with the standard “just one more hill” response – always a morale booster, but always a total lie.

The descent through North Dean raised our spirits briefly before we hit another beast, Daughter of Beast. The climb into Great Kingshill was done in complete silence except the voice in my head repeating “there’s no shame in walking”, that I could barely hear over the thudding of my heartbeat.

I didn’t walk, and the sense of humour failure that had begun 12 miles ago in Frieth was now complete. Luckily, the Cycleway link route back to Great Missenden has now been signposted and we used that route from just outside Holmer Green to quickly get back to the station (with just one more tiny little hill).

Of course, no ride of such epic proportions is complete without a slap-up pub meal and we quickly fell into The Cross Keys on the high street and demolished piles of food. Weakness and sore legs were soon replaced by that warm fuzzy feeling that can only be gained from the satisfaction of completing such a ride.

Undoubtedly, there are more beasts in the Chilterns, so our quest to conquer them will continue.

The Chilterns Cycleway is signposted to and from Amersham, Chesham, Great Missenden and Henley-on-Thames, making it easy to pick up and follow. The Chilterns AONB website has more routes suggestions using the Cycleway.