£11 million of the Blue/Green fund allocated to Active Travel

To my surprise and delight after typing the opening paragraph of this article I received a news update stating that Nichola Mallon had done a press release to highlight the establishment of a blue/green fund for 21/22 and in it had pledged £11 million to be spent on active travel, on top of the £2.5 million for greenways. As you can imagine that has greatly altered the narrative of this article.

I think it would be foolish to think this news is ground breaking and is going to massively change active travel. It won’t. But it is a great place to start. Over the last number of years we have seen very little investment in greenways and cycle lanes, even investment in other active travel measures has been non-existent so this £11 million comes as a welcome boost.

What was also interesting about the announcement was the appointment of new roles across the four roads divisions to concentrate on the delivery of active travel measures. A criticism that has been made of DfI in recent years is that the resource in terms of staff to deal with active travel has always been small. The appointment of these new roles, as with the budget, is not going to dramatically change the active travel landscape overnight but it is certainly a move in the right direction.

Again to put things in to perspective we have compared the spending with the other 3 nations in the UK: 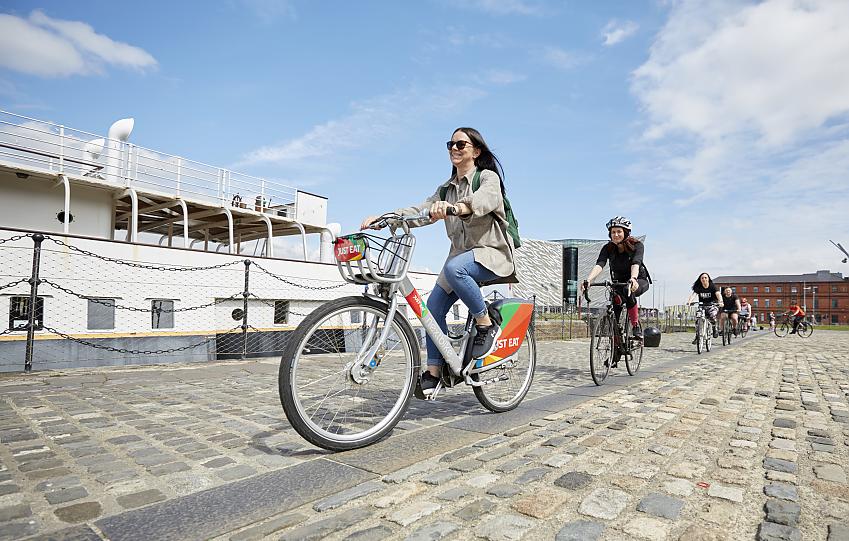 With the publication of the Belfast Bicycle Network, a delivery plan expected to be published in the winter, substantial funding and an increase in staff resource we are now heading in the right direction.This shows that we are still massively lagging behind. It must be noted as well that the England spending does not show that of local authorities and is outside of London. However, you do need to start somewhere.

As we are part of the Walking and Cycling Advisory Group set up by the Minister we are hoping to be involved in conversations that will generate ideas on how the active travel funding will be spent. We believe that it’s important that this funding is spent efficiently and on the correct measures which will hopefully, include stakeholder involvement. 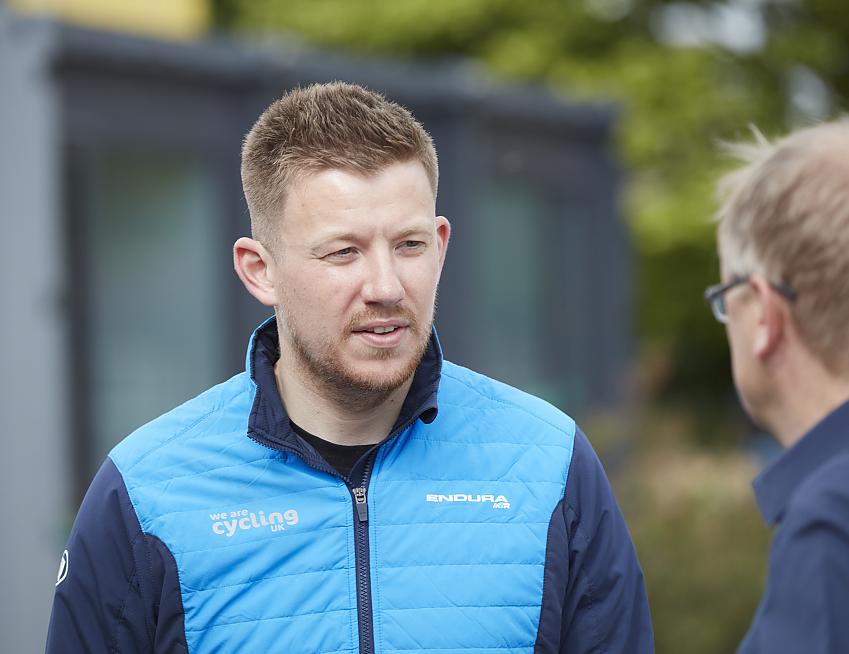 The silence of the last year

I'll admit that before the announcement, I did have a degree of exasperation. This time last year we had heard the speech from DfI Minister, Nichola Mallon, in the assembly stating how we were going to build back better, do things differently. A year on and not much had changed. Other than a couple of pop-up cycle lanes in Belfast and investment in a 1.8km stretch of greenway near Lisburn the department had very little to show for how bravely the minister had spoke. Cycling UK along with other campaigners ran a campaign (#ChallengeMyDepartment) on 5 May, exactly a year on since the speech was made, to highlight that it had all been smoke and mirrors. We are emerging from various lockdowns and traffic seems to be worse than ever. Where are the measures for building back better? How have we done things differently?

Things were made even worse last week when the department announced the budget for the year and other than spending £2.5 million on a handful of different greenway projects there was nothing substantial in relation to investment in cycling nor active travel. To put this in to perspective, the departments budget for the year is £1 billion. Coupling this with the fact that the Belfast Bicycle Network had been launched without a delivery plan and less than ambitious budget, things seemed bleak. I would like to say I wasn’t angry I was just disappointed, but that would be a lie. I felt let down and frustrated as I can imagine all those interested and involved in cycling and active travel felt.

Covid 19 has been one of the worst experiences in my lifetime but one silver lining that could be associated with it was the realisation across the whole world how we needed to change the way we moved to create healthier and greener societies. This was reflected in the sales of bicycles as well as the investment in cycling infrastructure. Even in March of this year Belfast Bikes recorded a record monthly usage of 30,000 trips beating its previous record by 7,000. Unfortunately, the Department for Infrastructure seemed to be missing the point.

Hopefully the budget of £11 million will be spent well, building back better.

The work we have done over the last couple of years in terms of campaigning and advocacy is starting to come to fruition. As a charity that provides cyclists with a voice it is important that we are involved in the right conversations, and we are. In order for us to continue our great work it is important that we receive feedback. If you would like to have your voice heard and be involved in campaigns such as #ChallengeMyDepartment why not join our cycling advisory netowork (CAN).

"But their strength is the strength of numbers and of stubbornness and persistence; do not underestimate it." - Robin McKinley

What has changed for cycling in Northern Ireland during the last year? View

Cycling UK partners with Linen Quarter BID to support cycling in Belfast View
Join our 70,000 strong membership and together we can make a better world by bike Join
Cycling UK continues to support the UK to cycle
This remains true during this difficult period with the ongoing threat of coronavirus Covid-19
Read our latest advice on cycling