Positive changes for cycling in Wales

Positive changes for cycling in Wales

A new minster and deputy minister for climate change, plus a new transport strategy. Cycling UK's Gwenda Owen reflects on what difference they're making and explains how you can help improve cycling in the country

Immediately following the Senedd elections there was an indication that Welsh Government were going to do things a bit differently. For the first time there was to be a climate change minister and a deputy minister whose responsibilities would include transport, regeneration, planning, housing and a whole raft of other things that together have a massive impact on the cycling agenda.

It was exciting news and even better for active travel was that the minister Julie James would have Lee Waters as her deputy, Lee has been championing the cause of cycling for years.

In Wales we have seen bold moves before, politicians with a passion and groundbreaking legislation in the Active Travel Act and Wellbeing of Future Generations Act and yet on the ground we still aren't getting many more people riding bikes. Just prior to the May election, with Lee Waters as deputy transport minister we'd seen the launch of Llwybr Newydd - the new transport strategy which introduced a transport hierarchy with active travel at the top, but we still didn't have targets or a clear idea of how we'd get more people on bikes.

Cycling UK and others had fed into the consultation on the new Active Travel Act guidance but were concerned that it was not available prior to May given that Local Authorities were in the middle of consulting on the next round of maps and the guidance was meant to inform this process.

A consultation had taken place on a Clean Air Act and whilst there was cross party support there was uncertainty about time frames. Agreement had been reached about introducing default 20mph in built up areas and taking steps to reduce pavement parking but how was it going to happen?

Following the decision not to go ahead with building a new section of the M4 around Newport, the Burns Commission recommendations were a strong vision of a city with active and sustainable transport at its core but would we see the political and financial commitment to see Newport truly transformed? 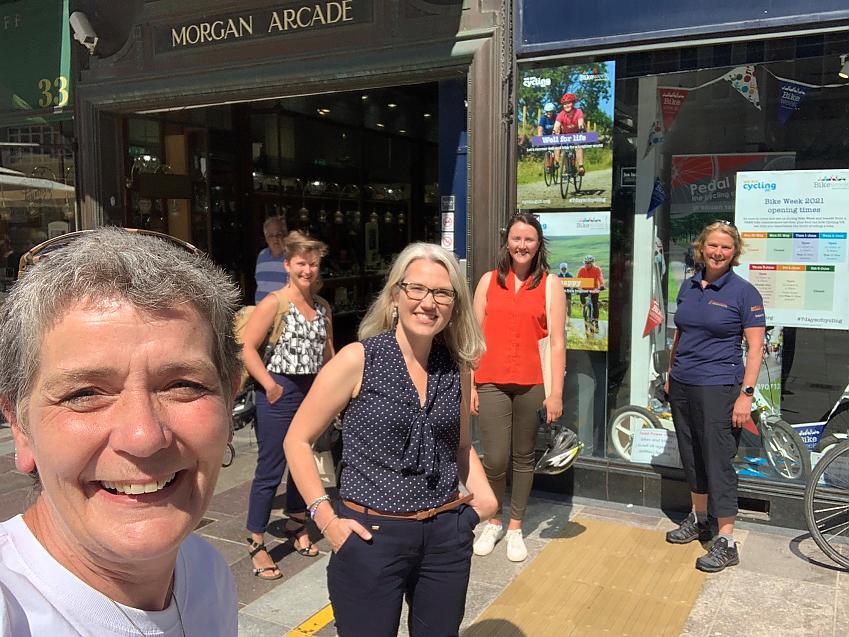 Cycling organisations working together in Wales

Despite a healthy level of scepticism there was a real feeling we were being presented with an opportunity to be part of effecting real change and that our role in the third sector was crucial to making this happen.

In June, a bold statement was made announcing a freeze on new road building projects pending a review by an expert panel and seeing the make up of the panel which will be chaired by Dr Lynn Sloman,  a real shift away from seeing new roads as the default solution to our transport problems seems possible.

July we finally had sight of the new Active Travel Act guidance with the deputy minister stating that the guidance "sets out our expectations of councils to take bold and ambitious steps when developing new infrastructure" and reminder that there was a record £75 million available this year. There was the additional welcome news that 10% of this money would be available for revenue spending - an all too rare occurrence in Wales.

Transport for Wales and the Burns Delivery Unit have begun work in earnest, looking not only at the physical changes to infrastructure that will be needed but also at the behaviour change interventions that are a crucial part of achieving modal shift.

We have a number of Cycle Friendly Employers in Newport so James Palser and I were pleased to be able to meet up with some of the unit during the summer to share some of the learning from that work and explore how we can continue to support the shift in travel behaviour in the area.

Plans to implement the default 20mph are progressing with pilot projects taking place across Wales and the findings from these, as well as the responses to the recent consultation, will influence how it is rolled out - as long as it gets voted through the Senedd that is.

Though as mentioned previously the cross party consensus on active travel is good in Wales so I don't envisage too many problems. The main concern that I and others have expressed is around enforcement so I'm pleased to hear that Welsh Government have started working with the police on an enforcement strategy prior to the wider roll out.

This Wednesday we saw some evidence of what can be achieved with real cross party consensus and stakeholder engagement with the launch of the Cross Party Group on the Active Travel Act's Active Travel to School Toolkit.

I am delighted to be launching this Toolkit. It is the culmination of a long process of discussion and engagement involving over 100 organisations and individuals - adults and children - from across Wales. It sets out all the reasons why we need to change and suggests ways of making walking and cycling to school easier and more attractive

Huw Irranca-Davies,  MS for Ogmore and chair of the Cross-Party Group

A Clean Air Act was in all political parties manifestos and as part of Healthy Air Cymru we'd joined the call for a Clean Air Act within the first 100 days of the new Welsh Government. It soon became clear that this wasn't going to happen and at a recent meeting with Lee Waters, whilst we expressed our disappointment, we welcomed his invitation to work with him to look at what changes can be implemented now and how the ground can be best set for an Act to have effect as soon as it is enacted.

It's going to be a busy year ahead as we continue to work with others to lobby and influence for change at the speed and scale needed, for continued high levels of funding, for training and resource to ensure that local authorities can deliver, for progress to be made on increasing access to the outdoors and much more.

The more voices that decision makers hear, the more they will listen and one of my priorities over the coming months is look at what I can do to enable more people, many of whom are already championing cycling, to get involved in making Wales a better place by bike.  We've got council elections next May and we want to ensure that all candidates understand that there are votes to be had from cyclists! 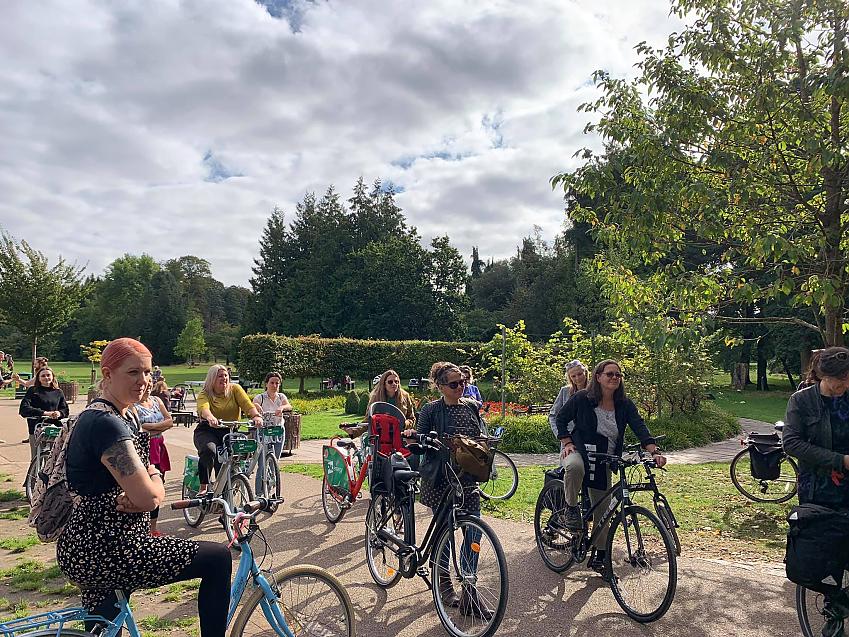 You can look at your councils plans for walking and cycling routes and feedback where you think it's needed.

Over the last year all local authorities in Wales have been consulting on planned improvements to their walking and cycling routes as required by the Active Travel Act. For the first time Commonplace was used as a platform to try and give more people the opportunity to have their say and as it's not been the easiest time to run a consultation process this online platform has had advantages. Some early feedback is that the draft maps still don't show the level of ambition that the Active Travel Act demands and which many of us think is needed if we are to see change at the pace that is needed.

You've only got a few weeks to have a say before the maps are finalised and submitted to Welsh Government for approval, so don't miss this opportunity to share your expertise about your local neighbourhood and help create  Active Travel Maps that work for you and that might inspire those that don't yet cycle to do so.

Think about running a Mini-Pedal on COP activitiy. In the run up to COP26, a group of us women leaders in transport and equality in Wales got together for a bike ride around Bute Park to talk about what we can do together to ensure that cycling is accessible for all.  Being out on a bike, with people with a wide range of experiences who all have the same aim has to be one of the best ways to plan for the cycling revolution!

Join our growing Cycle Advocacy Network or just get in touch if you want to know more or have an idea that you want to sound out or a cycle championing story you want share.

What did Cycling UK's campaigns achieve in 2021? View

On my bike: Rob Penn View

How businesses in Wales can benefit from cycling View