The event saw thousands of people ride through Edinburgh to the Scottish Parliament to call for more action for cycling. Cycling UK’s campaigns and policy manager for Scotland, Jim Densham, was there. He shares his thoughts on the day and how to ask local election candidates to support cycling

Can you get better than a cycle ride on a sunny spring day in Scotland?

Perhaps the only way to improve it is to do that ride with thousands of others through the streets of Edinburgh for Pedal on Parliament (PoP).

That’s where I was on Saturday 23 April as I joined the masses outside the National Museum for Scotland before we all set off along closed roads to Holyrood Park, within sight of the Scottish Parliament building.

It was such a joyous and positive event – certainly a feeling of freedom and release after winter and the Covid-19 restrictions.

Edinburgh was packed with shoppers and sightseers, many of whom turned to wave and take photos as the huge, colourful peloton of people on all sorts of cycles snaked its way through the city. 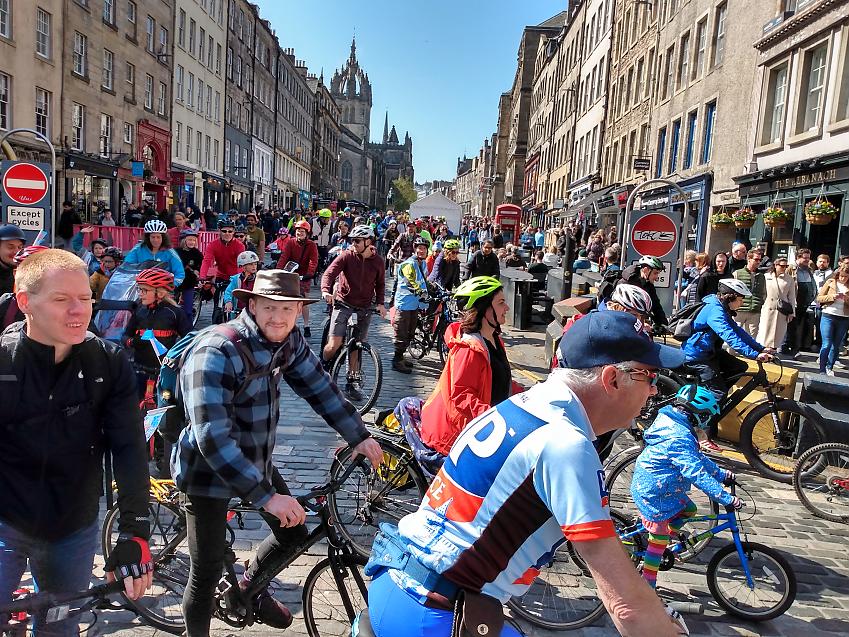 Pedal on Parliament riders on Cannongate in Edinburgh

But I have to confess I didn’t ride a bike – instead I carried a huge bike-shaped prop (see the main image at the top of the page). There was no way I could have cycled safely and held onto that big blue bike prop as the wind blew through the streets.

I was disappointed not to be able to do PoP properly and pedal my way with everyone else down the Royal Mile to Parliament. However, I did walk alongside the riders who were taking a slow pace so that everyone could take part – even a child on a balance bike.

It was also great fun to mingle with the crowds, meet friends and take pictures of people posing with the big blue bike. 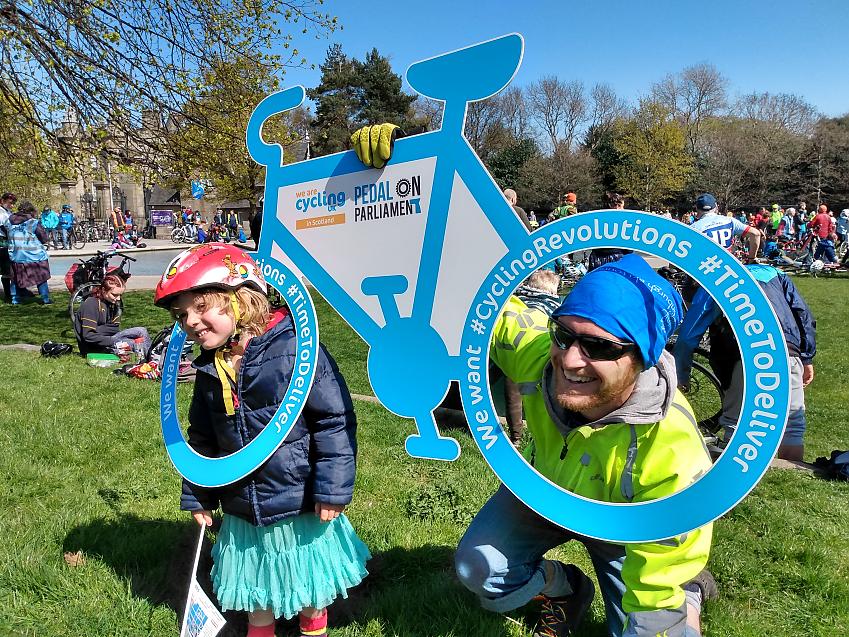 Pedal on Parliament is an annual opportunity for people who cycle in Scotland to tell their politicians that cycling is important to them – and that they want more investment and action to make cycling a safe and easy option for journeys by bike.

Our big blue bike prop was a way to help people interact, connect and spread the message, with their smiling faces, that they want #Cycling Revolutions and that for councils it’s #TimeToDeliver.

Lots of people were keen to show their support for the message by having their photo taken (in the wheels) and these images kept popping up on social media after the event – maybe you’ve seen them.

This included minister for active travel Patrick Harvie, other MSPs and councillor candidates who spoke to the crowds outside Parliament: see the photo below.

With big new commitments by the Scottish Government to invest in cycling over the coming years and beyond, it’s now time for councils to step up and deliver for active travel, cycling and neighbourhoods which prioritise people rather than cars.

Councils must create safe cycle lanes, separated from traffic, and other cycling infrastructure: our recent Getting there with cycling report outlines the evidence for the benefits of getting on and doing it.

That’s why Cycling UK in Scotland and Pedal on Parliament are both telling local election candidates and political parties that it’s #TimeToDeliver. 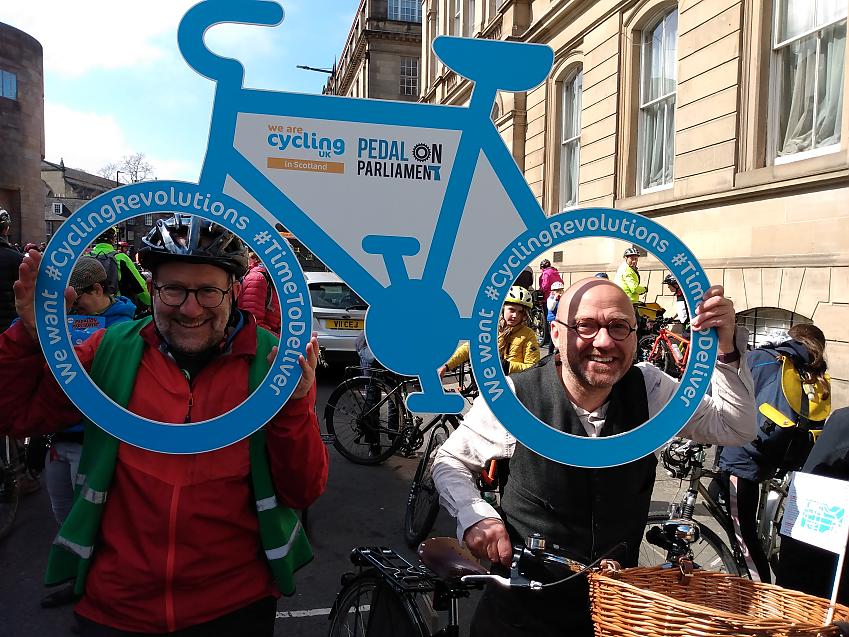 What you can do now

With a week to go until Scotland goes to the polls on 5 May there’s still time to make a big difference.