New plans for farming post-Brexit – what does it mean for access?

New plans for farming post-Brexit – what does it mean for access?

If you tuned into the news at the beginning of the week, you might have heard proposal are afoot for how land is managed in post-Brexit England. Cycling UK's campaigns officer, Sophie Gordon, explains what this could mean for off-road cycling access.

This week the UK Government unveiled new plans for farming in England after Brexit. It’s been described as a fundamental shift in agricultural policy, where farmers will be granted payments for delivering ‘public goods’, meaning environmental benefits as well as food.

The changes could bring great environmental benefits by incentivising sustainable land management over intensive production. There could also be potential benefits for public access – but the way things currently stand, Cycling UK is concerned that access won’t be prioritised and will fall by the wayside.

Leaving the EU means the UK has to create its own system for agricultural subsidies to replace the EU's Common Agricultural Policy (CAP).

Under the CAP, farmers receive payments according to the amount of land they own. This has sometimes been criticised for encouraging intensive production and benefiting large agribusinesses more than small family farms.

England’s new Environmental Land Management (ELM) Scheme will instead base the payments on actions to restore nature and improve environmental resilience – such as planting trees and hedgerows, reducing the use of pesticides, restoring habitats and natural flood management.

Agricultural policy is devolved, so Scotland, Wales and Northern Ireland are developing separate schemes to replace the CAP.

The Agriculture Act 2020 was passed on 11 November and creates the possibility for payments to be made for the provision of ‘public goods’. The ELM Scheme sets out how these payments will be delivered.

The Act includes a list of purposes for which “the Secretary of State may give financial assistance for or in connection with”, such as enhancing soil quality, improving animal and plant health, and mitigating or adapting to climate change.

Thanks to lobbying by Cycling UK and other outdoor access organisations, "supporting public access to and enjoyment of the countryside, farmland or woodland and better understanding of the environment” was included as one of these purposes.

However, the phrase “may give financial assistance” doesn’t commit to anything, and Cycling UK is concerned that these potential benefits for public access may not be realised if no specific targets are set to improve it.

The next challenge: The Environment Bill

There is an opportunity to change this with another piece of legislation – the Environment Bill, which is still passing through Parliament.

This Bill includes a requirement to set long-term targets in four priority areas:

This means that most of the ‘public goods’ included in the Agriculture Act will be covered by national targets, but public access won’t be. We’re worried that this means it could easily be forgotten about.

Air quality, water quality, biodiversity, and resource efficiency are of course incredibly important, and we’re not claiming that public access is more important than any of them.

But with years of data showing that people who are more engaged with the natural environment are more likely to carry out positive environmental behaviours like recycling and conservation volunteering, surely enabling more people to access nature near them is another piece of the puzzle to make our environment more resilient.

In the long term, it is crucial that children now and in the future appreciate the natural environment and seek to protect it. If the public is to support (and voluntarily participate in) action to protect and enhance nature, people must be supported, from a young age, to appreciate and understand the world they live in. Targets to prioritise this aim are vital.

As part of the Outdoor Access Alliance, Cycling UK has proposed two amendments to the Environment Bill:

These have been tabled by Caroline Lucas and Richard Graham.

What can I do?

To get these amendments passed, we need to drum up support from MPs.

The best, most impactful way to do this is with a face-to-face conversation, where you can tell your MP exactly what being outdoors in nature means to you, and ask them to back these amendments to enable more people to access the natural environment.

It’s now easier than ever to talk to your MP – all it takes is a 20-minute online call.

To help, we’ve written a short guide to meeting your MP, and a briefing with a few key points you could mention.

If you'd prefer to write an email, we've prepared a template email you can use to get started.

You can also get involved with Cycling UK’s new ‘Missing Links’ campaign, which aims to illustrate the unrealised potential of England’s off-road network by letting you mark on a map the routes that you would like to be able to cycle on, but don’t currently have access to.

By contacting your council rights of way team and asking them to look at the map, you can encourage them to include these routes in their future plans and fill the gaps in the network.

Key points about the Environment Bill 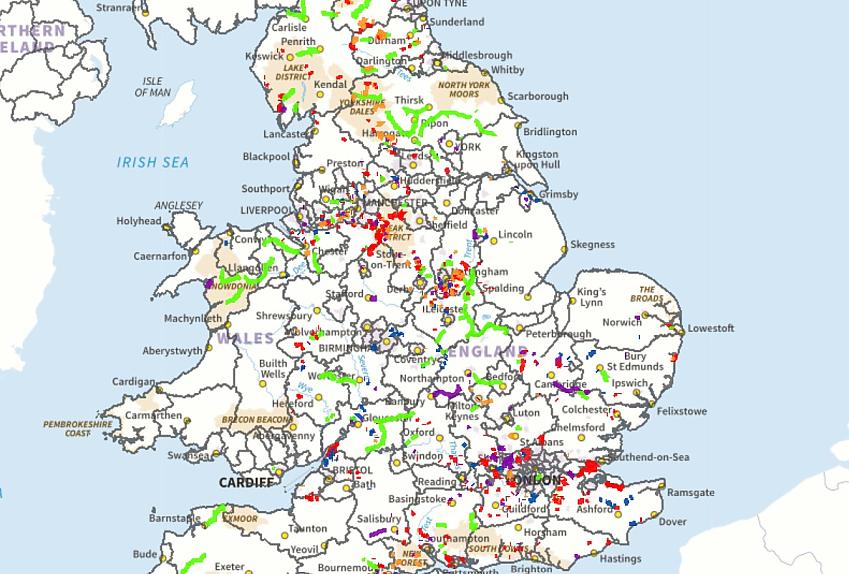 Join our new campaign for more connected off-road routes in England - add your 'missing links' to the map. 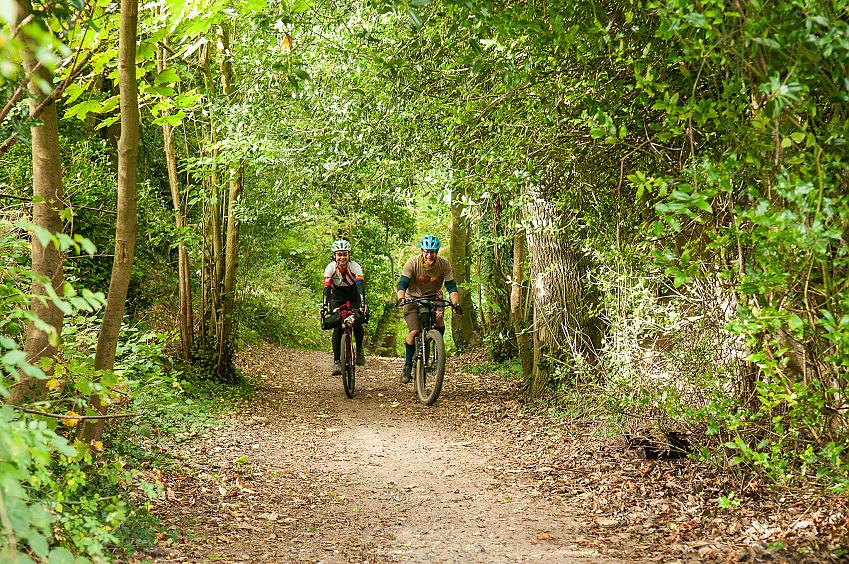 To stay in the loop about off-road and rural cycling, sign up for our quarterly off-road updates.