However, it was no ordinary cycle tour - Richard plus his 'roadie' Sean spent seven weeks between May and June 2014 riding from venue to venue, lugging all the performing equipment in a trailer, for Richard's unique eco-friendly  'Cycling Music' road trip. I caught up with him at a lunchtime gig in Guildford, Surrey.

What's this, Lycra in church? And not only that, bicycles and a barefooted orator standing on the altar! Surely that's not allowed? Well, apparently it is - IF you are the world-famous guitarist Richard Durrant on the penultimate date of his UK summer tour promoting his new album 'Cycling Music'.

Richard and his entourage (well, his friend Sean, who had taken seven weeks off work to accompany him and help out with the equipment) had left Richard's home town of Shoreham in Sussex on 1 May to pedal between the 36 gigs in an attempt to reduce his carbon footprint. Whilst they were on the road, the pair filmed a series of entertaining video blogs highlighting  the ups and downs - literally - of using pedal rather than motorised power to travel.

Richard used the bikes not only as transport, however: they also doubled up as musical props and lighting stands, hence their presence on the altar at Holy Trinity Church in Guildford High Street. He even used his white guitar case, which was propped open on one of the bikes, as a screen on which to project the specially-commissioned 'Cycling Music' graphic film. Suspended from the crossbar was a homemade prayer mat given to him by supporters to wish him luck on his journey.

An audience of about 40 people, some in cycling gear, watched the stage expectantly before Richard appeared silently from the back of the church, his bare feet testament to the minimal amount of gear he had brought with him that morning along the Downs Link, a disused railway line that is now a 37-mile cycling and walking route linking Shoreham and Guildford. 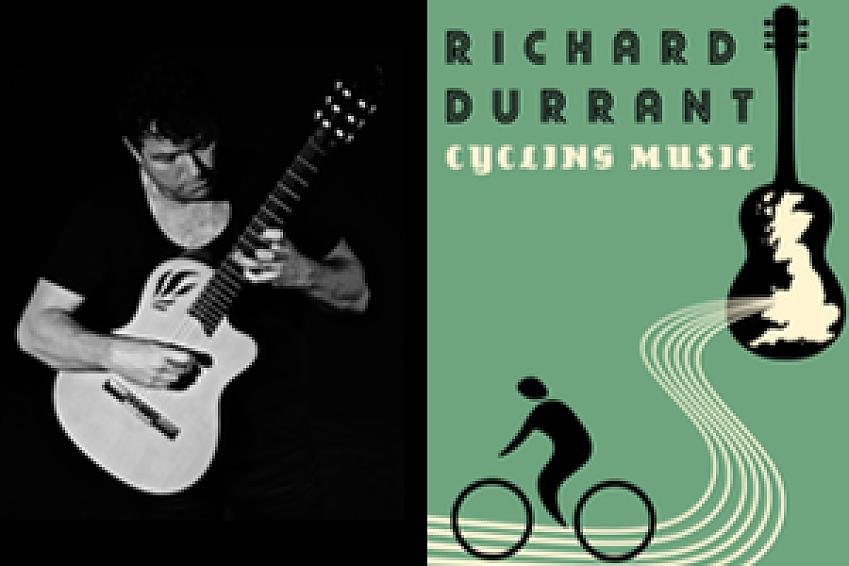 Richard interspersed his sublime guitar-playing with entertaining chat about the tour and some of the experiences he had had en route - from falling off several times - once very near his home - to unnerving close encounters with motor vehicles. But, it was not all bad - the weather was largely dry, the scenery spectacular, and, best of all, Richard and Sean felt fitter than they'd ever done in their lives!

Even on a journey of just a couple miles, you can experience the same feelings of exhilaration and liberty as Richard and Sean did on a trip of nearly 1,500 miles."
Julie Rand,
CTC Information Officer

Richard not only used the bikes as a practical and enjoyable way to move around the country - they also inspired his writing and playing. He used his stage performances not only to showcase the beautiful virtuoso guitar playing on his album, but also to spread the word about how wonderful he thinks bicycles are - from talking about the sense of freedom you experience out on the road to the fantastic noise the gear makes - Richard is a true evangelist for two wheels.

So, it is not surprising that the tracks on 'Cycling Music' are inspired by this passion. Richard played compositions such as 'Gravity Bikes', 'Wheels Above Clouds' and 'Subbuteo Table Cycling', all titles that reflect the importance of cycling in his life. He even used the bell on his own bike as an accompaniment!

With the gig over, I climbed on my own steed and rode back to CTC's office feeling more inspired than ever by the amazing possibilities of this humble machine. Even on a journey of just a couple miles, you can experience the same feelings of exhilaration and liberty as Richard and Sean did on a trip of nearly 1,500 miles. But luckily for you, you probably won't be hauling an entire trailer of show kit with you.... 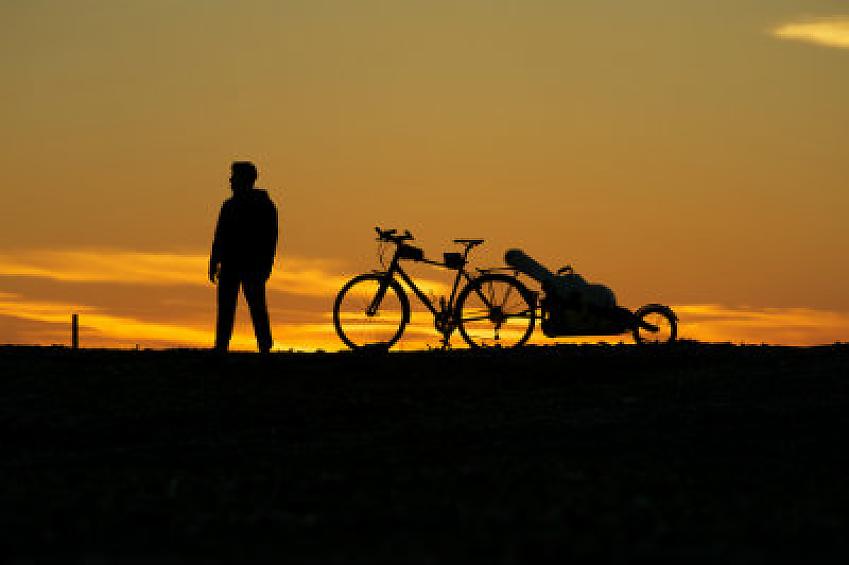