Cycling UK Campaigns Officer, Caroline Grogan, talks about how you can make your voice heard at a parliamentary debate on funding for cycling and walking

Would you rather live and work in polluted, congested and disconnected communities or in places where cycling brings us together, where we’re healthier and happier? I know which I would prefer.

On Tuesday 09 July, MPs will have the opportunity to debate in parliament how investing in cycling and walking in local authorities can help us to transform communities in England outside of London. In the context of the upcoming Autumn Budget, if you think that your local area could be safer and better for cycling and walking, now's the chance to have your voice heard and write to the new Transport Minister, asking him how he intends to meet Government targets for investment in cycling and walking.  .

Over the past eight months, thousands of our members and supporters have contacted their MPs calling for exactly this, with the result that over 160 MPs having written to the Transport Minister with responsibility for cycling (formerly Jesse Norman MP and now Michael Ellis MP). They've been writing in support of our call for the creation of more enjoyable places to live and work in, a fundamental part of our Funding for Cycling and Walking campaign, launched last year in collaboration with Living Streets.

As a result of the success of this action, we've now secured next week's debate.

Funding for cycling and walking means that councils and boroughs can make long-term plans for improvements to cycling, helping to make cycling a more natural thing for everyone.

I’ve always seen cycling as an easy activity, which gives me a sense of freedom that I rarely get in other contexts. As a child, I used to cycle to friends’ houses on my own, along the alleyways and across the local parks in the suburbs of north-west London where I grew up. Since starting my new role at Cycling UK, I’ve gone off-roading for the first time in the Surrey Hills, I’ve petted a lovely, brown, 15-year-old horse at an event, and taken in the terracotta-coloured banks of the River Wey, where people swim in fine weather, on a staff ride. 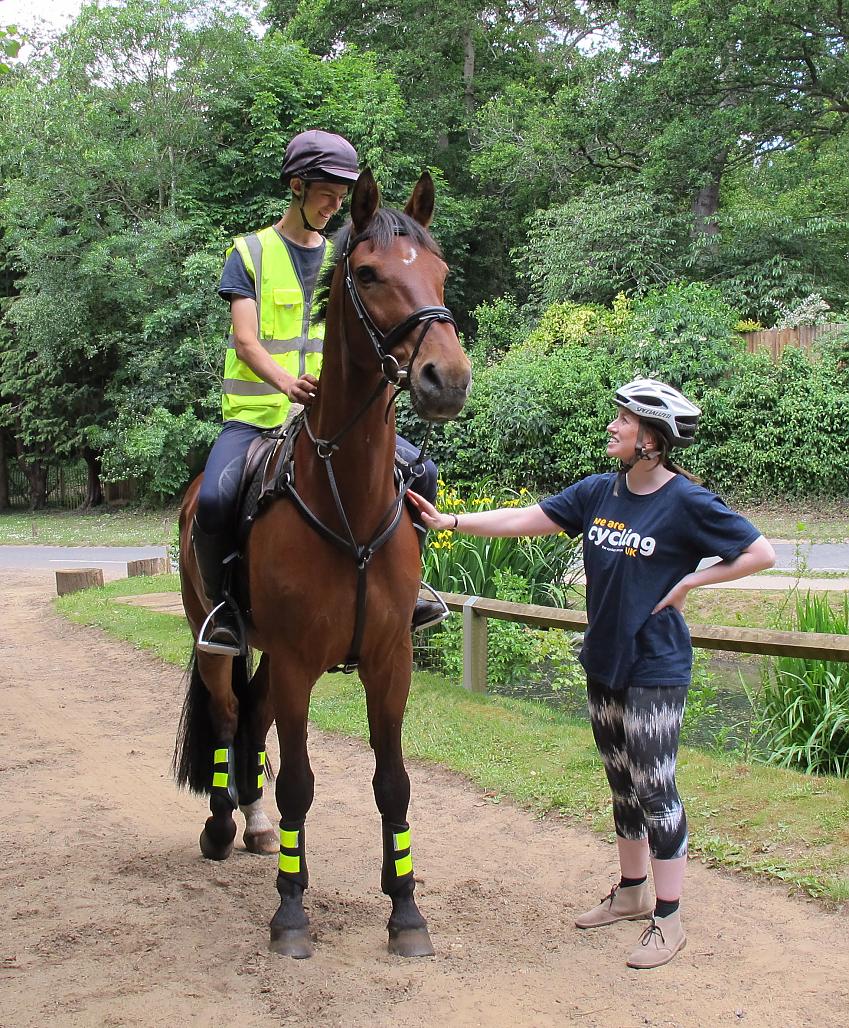 Cycling has stayed with me throughout my life, as I am firmly connected to how good it is for my sense of independence and for everything we take for granted, such as the air we breathe.

I’d like to maintain this balance in my life, as cycling connects me with not only with where I live and work, but also with what’s important in my life. A few of the positive impacts of cycling for me are: making sure I make the time everyday to see the world from a different perspective, increasing my wellbeing and choosing a sustainable method of transport.

The Department for Transport has underfunded cycling and walking for years. Consequently it was no surprise in May when then Cycling Minister, Jesse Norman MP, admitted to the House of Commons Transport Committee that the Government would not meet it's stated ambition of doubling cycling by 2025 without substantial investment.

Write to the new Transport Minister and ask him how he intends to meet Government targets for cycling and walking.

Ring-fenced funding for local authorities so they can build in improvements that will make the public feel safer, more likely to cycle and enjoy doing so is essential if we want more people to choose their bikes over their cars for shorter journeys. However, the Government is not prepared to set this money aside for councils, even though the wide ranging benefits of cycling - from health to environment to economic - are well known and documented.