As I was in the right city at the right time, I spent a snowy Saturday in February at the Youth Bike Summit in New York. I was delighted by the spark of the conference and by the huge show of projects and people – 484 people from 25 states, apparently.

A lot of the conversation I joined was about equity and cycling, and I was struck by how many projects merge cycling and social justice, - or, actually, don't merge them, but treat them as if they were never separate.  (A few projects and links below.)

This felt different from my experience in England. I think it reflects the foundation of the summit, born from looking around the US’s National Bike Summit and realising that the activists and advocates assembled looked a lot like the Congress they were trying to influence.

Karen Overton and others who went on to set up the Youth Bike Summit knew that there were cyclists everywhere who weren’t represented by the group that went to Washington. They also knew that those people, young and old, can and will speak for themselves if given the chance. The projects that show up to talk to each other at the Youth Summit seem to be all about cycling, but cycling as a part of lives and neighbourhoods, rooted in people not machines.  It was one of the most diverse gatherings of people I have ever attended.

There were ‘big’ projects a lot of us will know about:  Bikes not Bombs and Recycle-a-Bicycle, whose histories and mission statements are clear about using bicycling and bicycles to address social issues.  They weren’t alone - most projects I spoke to or heard about seemed to view their aim as beyond cycling: of course we have a community garden; of course we’re working on wider transport issues; of course girls run their own club; of course we focussed on a particular neighbourhood; of course we support under-served populations. This is my activist home:  the bicycle as an improvement to the world not as a goal of its own. 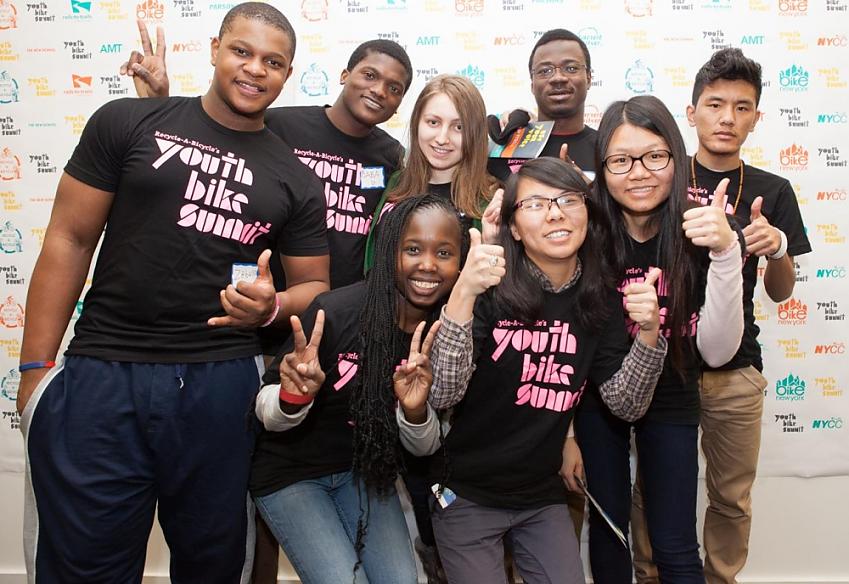 I was also struck by how diverse the funding of projects was, how lucky the UK is to have the sort of national support for cycling we have.

In a different cross-cultural moment, I was surprised to hear from a number of projects that while they were working on sensible transport and neighbourhood improvement, they weren’t working to lessen car use.  It’s something I think of as ultimately fundamental, maybe even tangible as more city centres are closed to motorised transport in the UK. However, they seemed to consider this a nice benefit not necessarily worth the fight at the moment.  I learned later about some great work on the west coast addressing the actual cost of car parking.

I came away from the Youth Bike Summit reinvigorated about working in cycling in a way I haven’t been for a long time.  That was entirely due to the flow of good ideas and sheer vibrancy. Here are some that have sprung from past Summits: 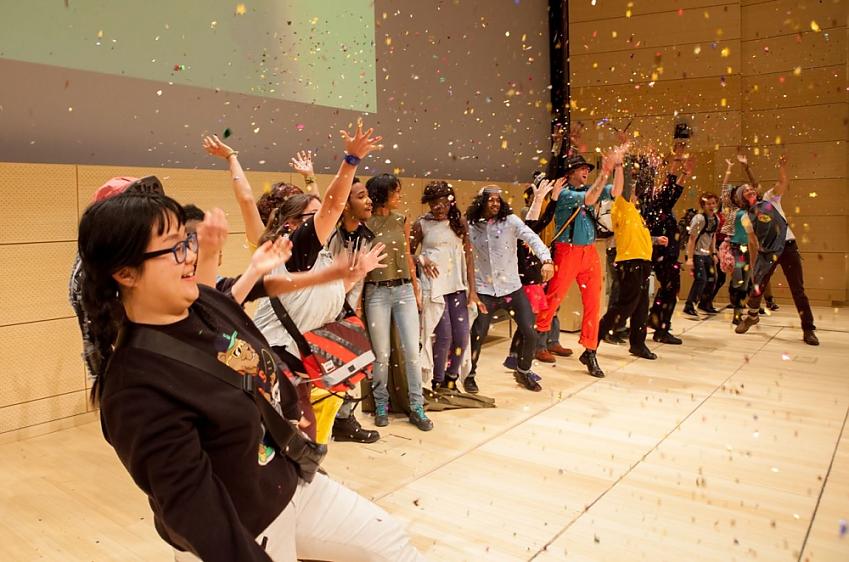 A whole day, 484 people discussing cycling, and not once did anyone tell me about parts of a bicycle or their special bike, apart from In Tandem’s display on disability cycling.  Even the fashion show, organised by the girls of West Town Bikes (Chicago), looked people-led:  everyone took part, showing off things they had up-cycled, made or mended during or for the day.

I return happily inspired, pleased also to have shared some of the cross-cultural work I do and the projects I’ve seen in the UK that address issues of equity.