The atmosphere was sparkling at the Ride Leicester and City Festivals. As the CTC’s contribution to the event, we wanted to bring something new to Leicester. The AirBag was perfect – fun, a little scary, a great spectacle.

It was lively on Humberstone Gate on Monday 18 August as people passing by gave it their best go and a few groups came down from around the city to practice whips and flips.

The CTC Cycling Champions Project has been supporting urban mountain biking groups in Leicester for several years, including offering events and training.  The city now has a pool of people who are very well qualified to teach, and free monthly skills sessions: for all adults, women only, and family groups. 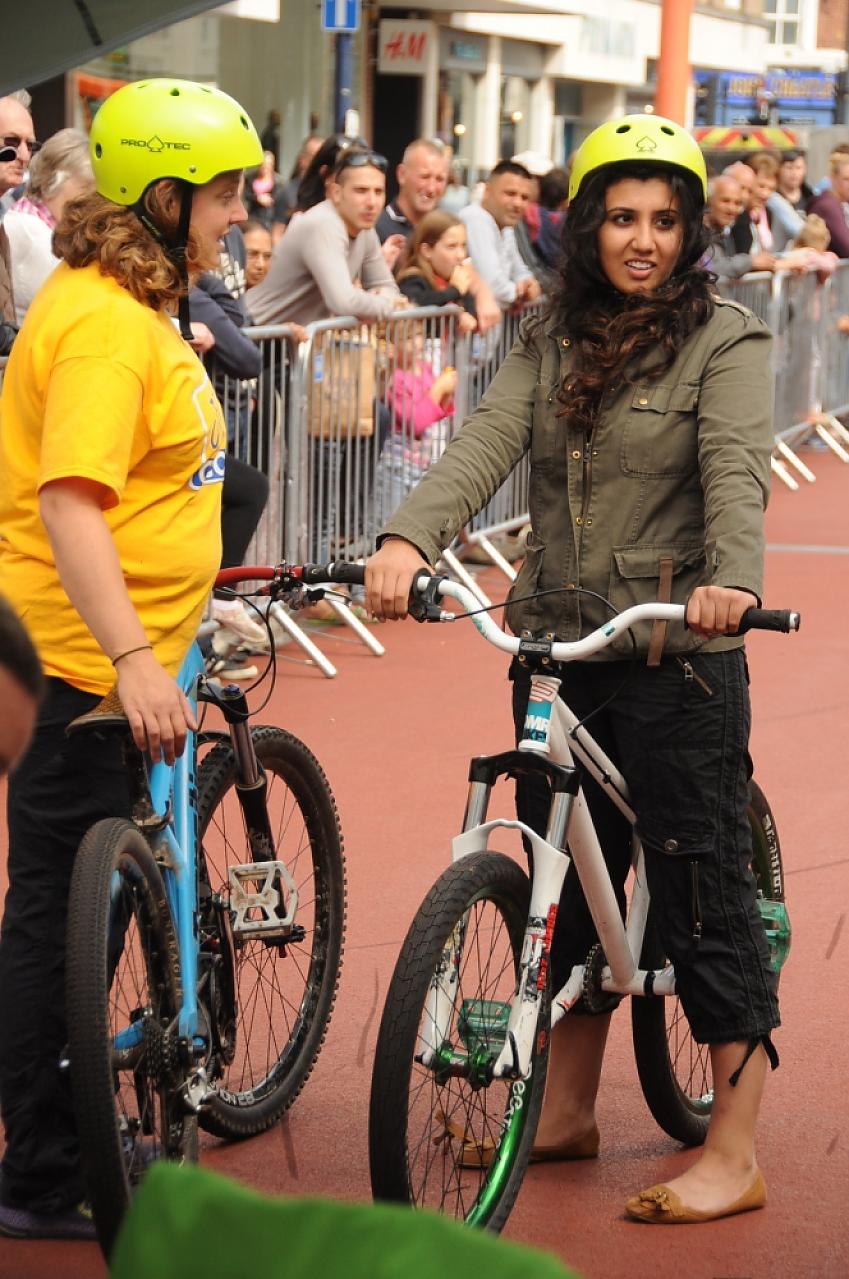 It is thanks to Lisa (pictured) that the AirBag was invited to the city.  She had seen it, found it a lot of fun, and lobbied hard for the people she teaches as a mountain bike Skills Instructor (Urban) to have the opportunity to try it.  And of course, it’s wonderful to be part of a city with a week of cycling events and a City Festival that wants more. Having an event in the city centre allows everyone to take part, and to remember what is so much fun about cycling.  We had people in their business suits, shopping families, and few of the bravest young women I've met - scared, but happy, with the courage to try something new. 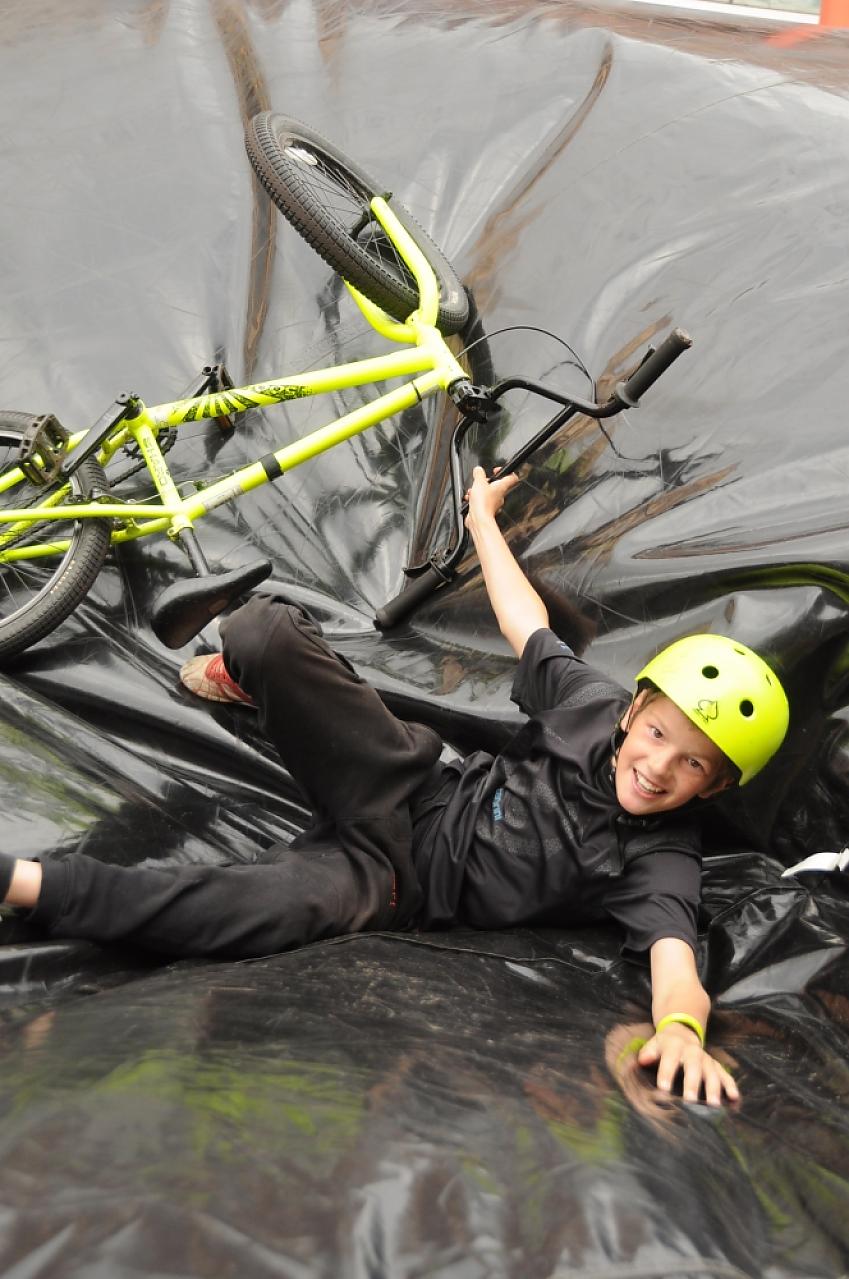 Young people from Woodgate Adventure Playground came for the day, and StreetVibe youth centre as soon as they could in the afternoon.

The CTC’s next events in Leicester are an open skills day at Rally Park BMX track 20 August, and the Northshore at the Sky Ride / Ride Leicester Festival on 24 August.  We will have ongoing courses, including the mountain biking sessions from September.

All photos by Benjamin Rafferty 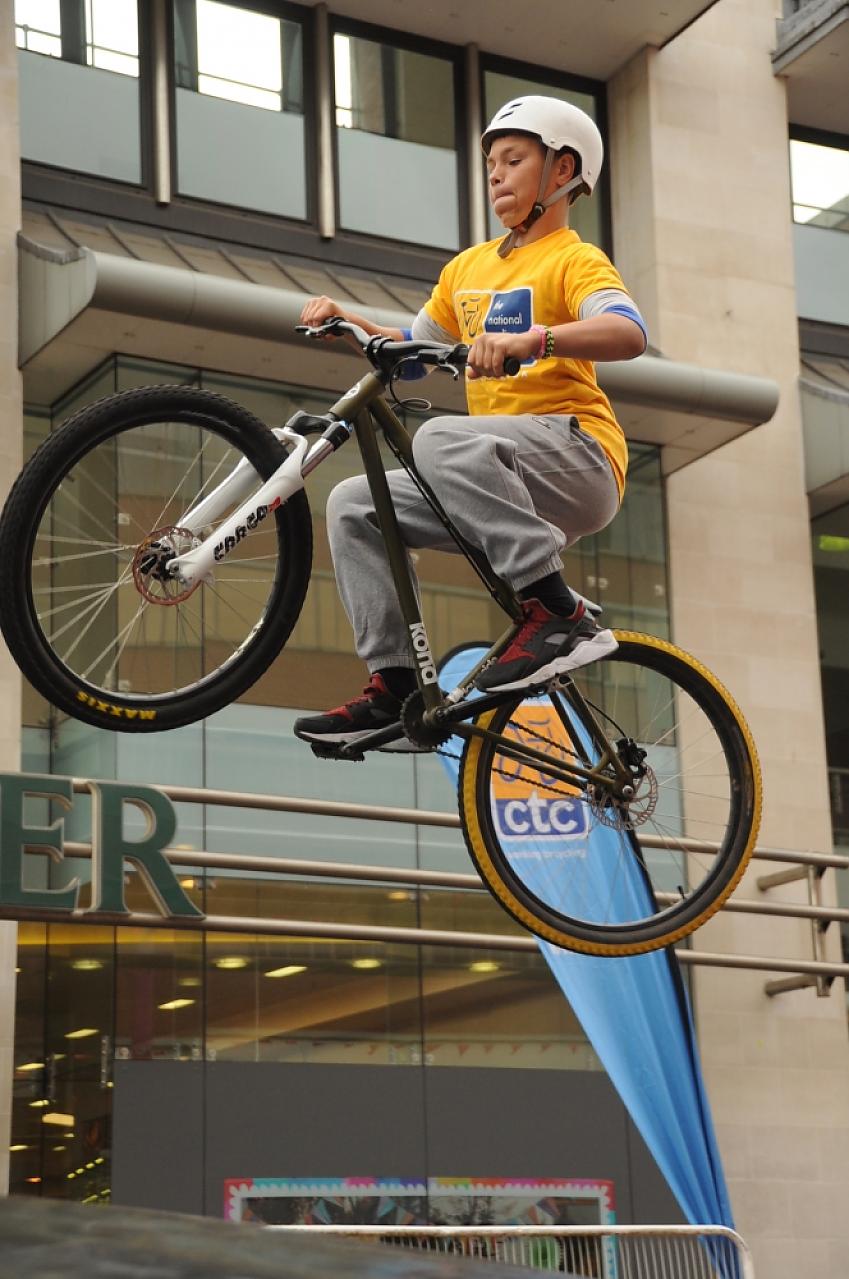