Everyone knows where they are going really!
By Dan Cook
Thursday, 16 May 2013

Riding skills and double dosa orders at breakfast made a great combination. 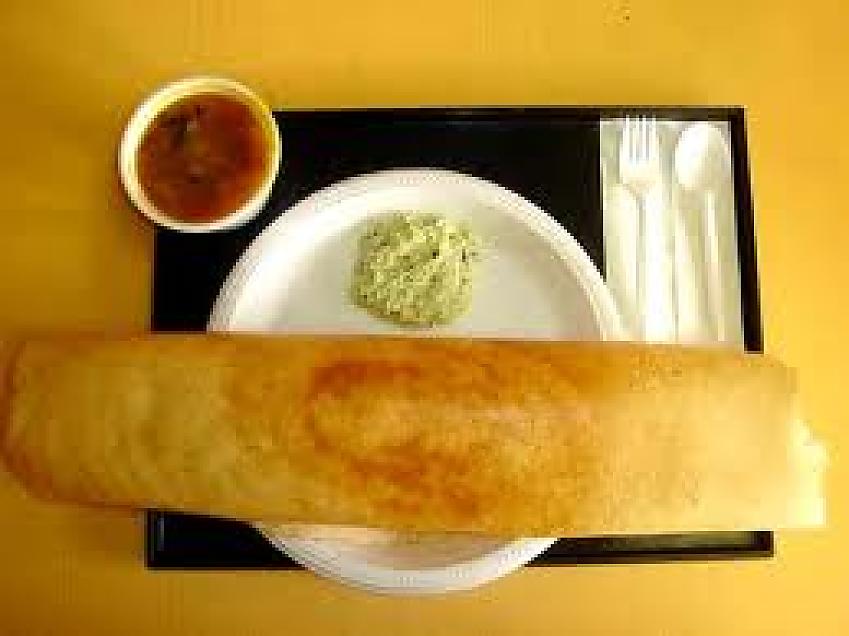 With last night's requests for breakfast choices resulting in a few of the Sri Lankan contingent putting both their left and right hands up, there were extra Masala Dosas for breakfast - a double dosa day - for some, to great amusement of the more diet volume restrained of the group.

Even more unusual was the fact that the breakfast was actually cooked in the hotel kitchens - rather than sought from the next door cafe by the hotel staff once we had ordered! - and produced within half an hour - definitely a bonus!  Olly's omelette of choice however had somewhat more in the way of chillies today, to his red-faced non delight.

Course completion day today. We did some great riding skills, riding in close formation, 3x3 around the deserted roads - it is Sunday - of the port near the course base.  A couple of slaloms with cones, barrels and chairs - and each other - made for interesting riding games too.  The guys on the course have come on in leaps and bounds  - though they were pretty good to begin with and certainly confident in chaotic Indian traffic, of course.

The sugar content of fizzy drinks - well of anything actually - they still remain oblivious to, and a couple of tablespoons of sugar in an espresso-sized Nescafé remains de rigueur, along with regular streams of biscuits etc.

All of those on the course are overwhelmingly chuffed with what they have gained - the ideas, new concepts, little tips and tricks. It is always great to see folk so inspired.  We clearly need to support these type of leaders more - they all reach 50-100 or more clients a year. If they can sell CTC to folk - after all, they have a couple of weeks to do so - that would be great efficiency. I'm feeling dismayed that I didn't bring out some of the old Cycle Champions T-shirts we have in the office (not that I'd have got the right sizes of course!).

It did actually rain tonight, and in fact became pretty stormy.  We headed out for tea (or dinner if you're posh or live in the south of England, or judging by the trainees' reaction to my statement ‘let's go for tea’, Indian) and found hundreds of people trying to get back on the ferry from Fort Cochin.  It must be the place to be on a Sunday afternoon -for all sorts of groups, families, groups of lads, couples - we were definitely walking against the tide on our way out!

What I have learned today:

1. That cinnamon works wonders on a fresh fruit salad.

2. That tuk tuk drivers seem to manage perfectly well without any electrics (ie no lights, horn, starter). We weren't too convinced we would have chosen the same tuk tuk next time, though!

Fancy travelling?  Exodus tours run by the guides on this course: