Archaic and confusing, Cycling UK asks whether our access laws for the countryside in England and Wales could be one of the causes behind reports of conflict on the trail.

How do you tell the difference between a footpath and bridleway in England or Wales? Without a map or fingerpost actually telling you, it’s nigh on impossible.

There’s no real criteria for one or the other, and whether you can cycle or ride your horse on the trails criss-crossing the countryside of England and Wales is down to historic, rather than suitability of use.

Add in county, parish, regional borders and your footpath can change to a bridleway and back, whilst the surface varies not at all. 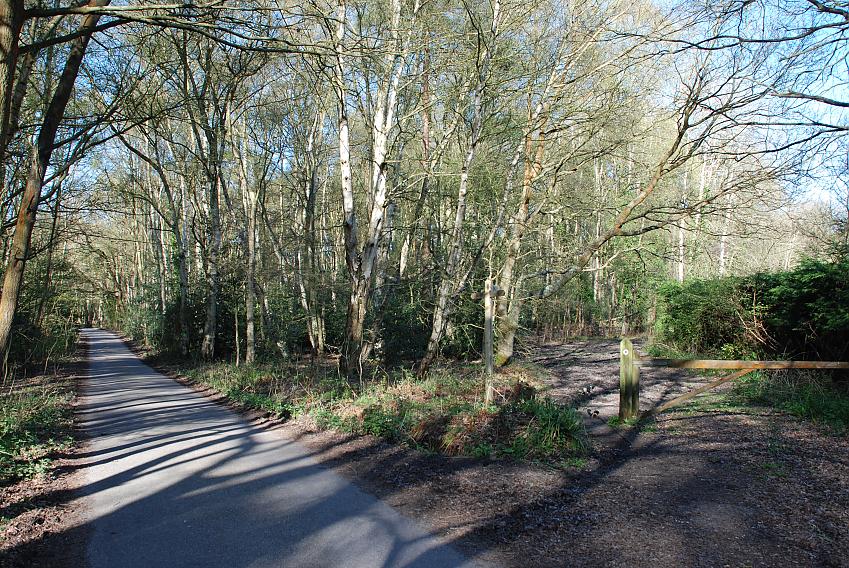 One is footpath and one is a bridleway, but which is which? Photo Roger Geffen

It’s no surprise then that Cycling UK’s Rides of Way report found one third of cyclists ride regularly on trails they’re not sure of the status, nor that three quarters think the current Rights of Way are unsuitable.

In England and Wales, we have well surfaced footpaths with low volumes of use which could and should be available for use by horse riders and cyclists. They’re not, because centuries ago they were categorised as footpaths. Conversely, we have bridleways which are completely unsuitable for walking on, let alone cycling or horse riding on.

So with all this confusion on the trails, and cyclists (and horse riders) limited to just 22% of the Rights of Way network in England (21% in Wales), could this be behind some of the reported conflict popping up in the media?

This morning on BBC Breakfast, we heard of the tragic story of Simon Jones, who on 13 August 2018 hit two logs placed purposely on a track he used regularly. A year later, he’s now largely house bound, partially paralysed and is cared for full time by his wife, Sarah.

His crime? To cycle along a bridleway.

Fortunately, such incidents are rare – which is partly why they do make the headlines when they’re reported on. Cycling UK research found only 4% of mountain bikers have encountered major trail sabotage (Rides of Way), and just under half say they’ve not experienced conflict on the trails.

The majority of conflict appears to be verbal (two fifths), which from my experience usually relates to “you shouldn’t be riding here” commentary – most often experienced on bridleways (though also on the road and canal tow paths too).

There is for some unfathomable reason a minor element of folk who head out into the countryside wishing to make the lives of others miserable with their pronouncements. The fact that they might be wrong is neither here nor there – they believe bikes do not belong and they’ll happily tell you so.

Cycling UK’s Head of Campaigns, Duncan Dollimore puts it succinctly, “Conflict arises because people feel either entitled or annoyed because they perceive someone is using their particular space.”

Conflict arises because people feel either entitled or annoyed because they perceive someone is using their particular space.

There is some excellent work being done throughout England and Wales to help address this conflict, through the ‘Be Nice, Say Hi’ campaign initially begun by mountain bike groups, Ride Sheffield and Peak MTB, before being taken national by Cycling UK and the British Horse Society – but educational activities like this can only be part of the solution.

Duncan has the rest of the answer: “We need to develop a better, more modern system for determining access rights – that would go a long way to calming the rare conflict we see on our trails.”

You don’t have to look too far in the UK for such a system: Scotland.

With the Land Reform (Scotland) Act 2003, universal access rights were established for all trail users, subject to those rights being exercised responsibly.

The Welsh Government has taken note too. Following several years of campaigning by Cycling UK and Open MTB via our Trails for Wales campaign, the Government in Cardiff is now looking to improve access for everyone to the outdoors.

How? Well one of its main intentions is to open up access to horse riders and cyclists on many – not all - footpaths.

It’s an important distinction the Welsh Government makes, and one which could work in England too. Cycling UK, together with the British Horse Society, wants to see more access for cycling and horse riding along the rights of way network. That’s more access – not access to it all.

There will clearly be sections where allowing riding of either horses or bikes could contribute to more conflict, cause greater erosion or environmental impact – it wouldn’t make sense to increase the access in these areas. But wide open hardly used tracks - why wouldn’t you?

Scotland and Wales have either taken the initiative or are working towards making their countryside more appealing, welcoming and open to everyone. It’s about time England did the same too.

I think as cyclists, we need to be very careful about what we demand, and how we behave.

I was walking and road cycling with my wife in Morzine last year, and by the end of the week, I could have happily done something very unpleasant to a mountainbiker. Their behaviour is atrocious. Every single footpath in easy reach has been cut up and carved up. You walk up any path at your peril, as you know that you'll have to dive out of the way of an uncontrolled mountain bike decending.

2 Examples: 1) At the top of the lifts there are signs - Pietons one way, VTT (bikes) the other way. Did the bikers take any notice - No. 2) Theres a nice path by the side of a stream which cuts off a few zig zags on the road. Use of it by bikers has rendered it unusable and unsafe for walkers - so walkers have to walk down the road!

So all in all, there is a problem but a fair amount of it is OUR problem as cyclists.