When it comes to their mental health, many men suffer in silence, but documentary maker Harrison Read's new short film, Braking the Cycle, shows how cycling can help
By Harrison Read
Friday, 9 October 2020

Ahead of World Mental Health Day, Harrison Read recounts how his struggle with his own mental health inspired him to take up cycling during lockdown. His short film documents how opening up the conversation helps other men on similar journeys.

How I found cycling

I found the start of lockdown really difficult. I've had previous struggles with my mental health, so when I had a chance meeting with cyclist Peter Wallbank when I was looking for a bike on Gumtree, his sheer love of cycling and its benefits spurred me to take it up. I hadn't really cycled before the lockdown but quickly started riding 50 miles a day, every day.

How the documentary came about

Peter's enthusiasm also inspired me to make the film. I have a BA in Sports Journalism (and am also awaiting results from an MA in Sports Broadcasting) so I began the process of making a documentary. I saw the positive benefits that cycling was having on my own mental health and I quickly found lots of amazing men whose love of cycling was also infectious, but who have also been affected by various mental (and physical) health issues.

How I found the people in the film

Cyclists are a diverse group of characters bound by a common love. Each of the people in 'Braking the Cycle' has a different story as to how we met: Peter and I obviously met through Gumtree, Jim has been a good friend for many years, Ellis and I met via Twitter, and then the rest was just via word of mouth, letting people know what I was getting up to. 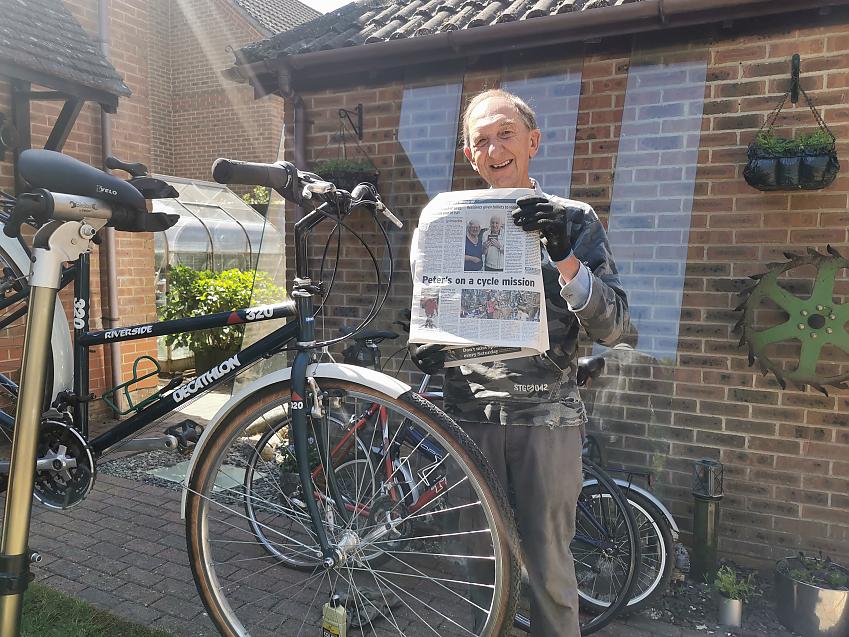 Peter Wallbank, who fixed up dozens of unwanted bikes in lockdown. Photo by Harrison Read

Why the focus on men's mental health?

Obviously the stress of lockdown and the consequences of the pandemic on jobs and livelihoods has also had a major effect on people's wellbeing. Cycling during lockdown has been an enormous help to many of us in overcoming this by, as Peter Wallbank says, "cleansing the mind" and acting as a distraction from the ongoing crisis.

The message of the film is simple: cycling improves mental wellbeing

The response to the film

Fantastic. It's been more than I could have asked for really. The message of the film is simple: cycling improves mental wellbeing, and with the current mental health crisis, I'm getting really good backing from the cycling community and mental health organisations.

What I hope the film can achieve

I really hope that the film can envourage men to talk about their mental health: for too long, people have failed to speak openly and honestly about it and my film shows that nobody should deter themselves from talking, no matter what's going on.

I also hope that people that may be struggling might decide to pick up a bicycle and go out for a ride, I believe it can make a real difference.

I've got a few different ideas floating around at the moment, but it's crucial to me that I continue to promote the hard work people are doing in their communities when it comes to cycling. There are so many community groups and individuals going the extra mile and I would love to promote their journeys. I'm always looking to produce films that can make a difference in the world. 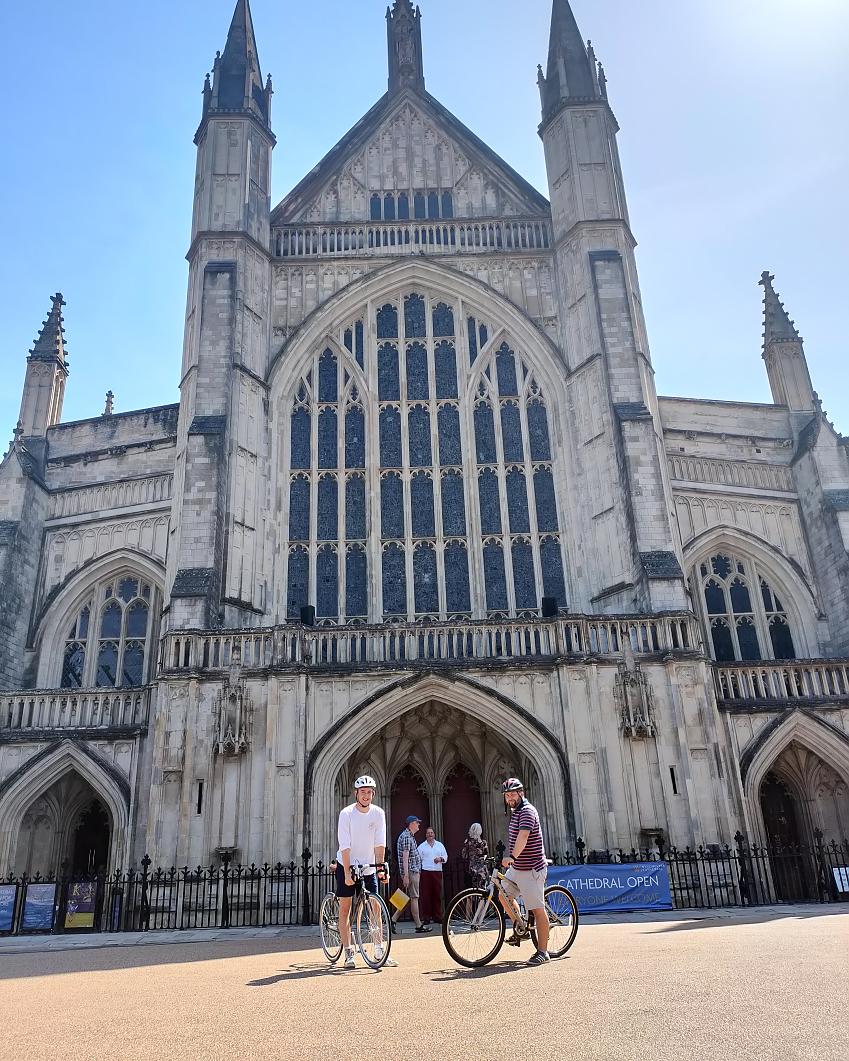 Who's breaking the cycle?

Peter Wallbank, 71, from Hampshire, is a cancer survivor and avid cyclist, having completed Land's End to John o' Groats. Peter says that although he doesn’t suffer from a chronic mental health problem, moments in his life have nevertheless made him feel depressed. When he feels this way, he usually goes for a run or a cycle to snap him out of those mental states. He regularly enjoys rides of 20-30 miles.

Ellis Palmer, a journalist from the Wirral, he works for the BBC World Service and BBC NewsHour and has cerebral palsy, a lifelong condition that can affect coordination, muscle function and sensation. Cycling is a new venture for Ellis following the lockdown, but he has proven that anyone can enjoy the benefits of it, given the correct adaptations. He uses a hand cycle designed and built by family friend Vince Ross of Da Vinci Mobility. Ellis has inspired people to become active during the lockdown by sharing his cycling experiences on social media, and collaborating with the local council to promote and increase the participation of adapted cycles on the road.

Vince Ross is a former GB basketball player and fencing paralympian who lost the ability to walk following a car crash in 1974. Vince has been making Ellis’ wheelchairs since childhood and never imagined he would see Ellis cycling unassisted. Talking to Vince creates a wider sense of how much adversity Ellis has overcome to even be on a bike, let alone to cover the distance that he does.

Jim Tyson is from Southampton. Now 25 years old, Jim suffered life-changing injuries when he was involved in a road traffic incident in November 2018. It would be fair to say Jim's not been on a bike since his childhood. With the help of Wheels for All in Portsmouth, and Ellis Palmer's experience, Jim will be trying out a specialist hand cycle and plans to document any improvements in his mental well-being and physical condition.

David Bradley is from Wheels for All at the Mountbatten Centre in Portsmouth. He suffered a career-ending fractured neck in an industrial accident, which has given him an insight into the reasons why some people need to use the adapted bikes to cycle at the centre, where he was already a volunteer.

Peter Larkum from Winchester, is an experienced mental health speaker, award-winning Mental Health First Aid (MFHA) instructor, and creator of Mentality, an organisation that has helped to train tens of thousands of people to reduce the stigma and discrimination that surrounds mental health illness. Peter earned an ‘Excellence in Training' award for his work as a MHFA instructor and covers a vast client base, including; HSBC, Balfour Beatty, Experiean, University of Southampton, Utilita, Skanska, and several government departments.