Wrapping up the Big Bike Revival

Wrapping up the Big Bike Revival

In 2018, Cycling UK reached more than 40,000 people with the Big Bike Revival in England, fixing bikes, teaching skills and boosting cycling confidence. But none of this would have been possible without the repair shops, cycling clubs and community groups running BBR events across the country. In Manchester last week, we invited our Big Bike Revival centre leaders to a special day to help us better understand how this year went.

The Big Bike Revival is now in its fourth year. In this time, it’s grown from two weeks of events to a whole summer of cycling. It’s evolved in its purpose too; although it’s still very much about getting broken bikes safely back on the road, BBR events can also now incorporate social rides, route planning and cycle skills sessions, making a more well-rounded project. After all, a broken bike may not be the only barrier to someone cycling regularly.

To this end, Manchester’s wrap up event had a range of participants, from ride leaders to cycle mechanics. Encouragingly, they had come from as far away as Hastings and Cumbria to share their experiences of BBR this year and help shape the project for the future. 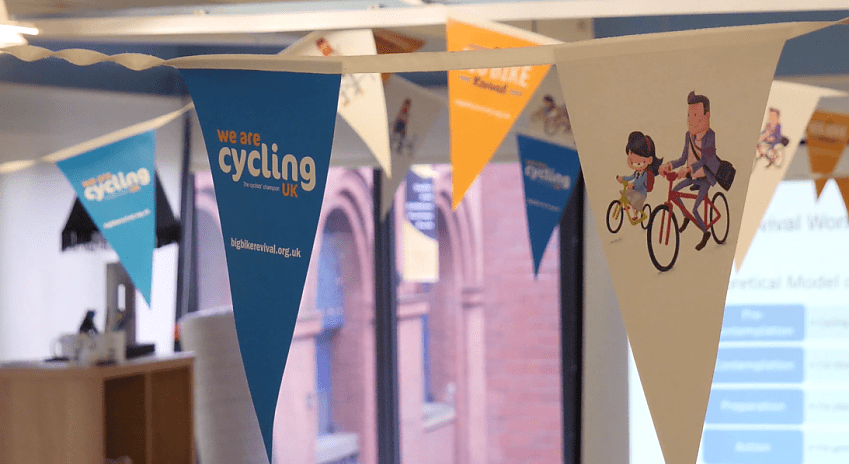 The Big Bike Revival wraps for another year

One of the day’s more local attendees was Andy Hilton, who helps run Tuf*c, a community urban fitness club outside of Manchester city centre. Andy has offered bike maintenance events under the BBR umbrella from the project’s first year, including wildly popular ‘puncture parties’.

For Andy, it’s seeing people come back to events year after year and seeing them out and about cycling in the local community that he finds most rewarding.

He commented: “We believe we should be looking at families, so we tend to operate in parks where there is a high footfall and we’re seeing a load of parents playing in the play areas and they’ll bring kids’ bikes over. It’s easier for us to then engage with mums and dads.

“We couldn’t do it without the Big Bike Revival. The pressures of trying to find funding for different schemes would mean that there are some great things we couldn’t afford to run as an organisation without that support.”

John Rowe, who runs Resurrection Bikes in Harrogate, Yorkshire, has found that the Big Bike Revival can offer something to anyone interested in cycling.

He said: “There’s quite a community in Harrogate on relatively low incomes who couldn’t afford [to cycle] if they couldn’t buy a secondhand bike and get cheap repairs. At the other end there are a lot of people who are time poor, and so never get around to getting their bike fixed and it festers in the shed, or they never get time to work out what sort of bike they need. They just need somebody who can talk to them and give them some impartial advice rather than go to a bike shop.

“Anything we can do to give people alternatives to using their car is good, and then there’s the health benefits as well, exercise, and just the fun. It’s a fun thing to do and people forget that!” 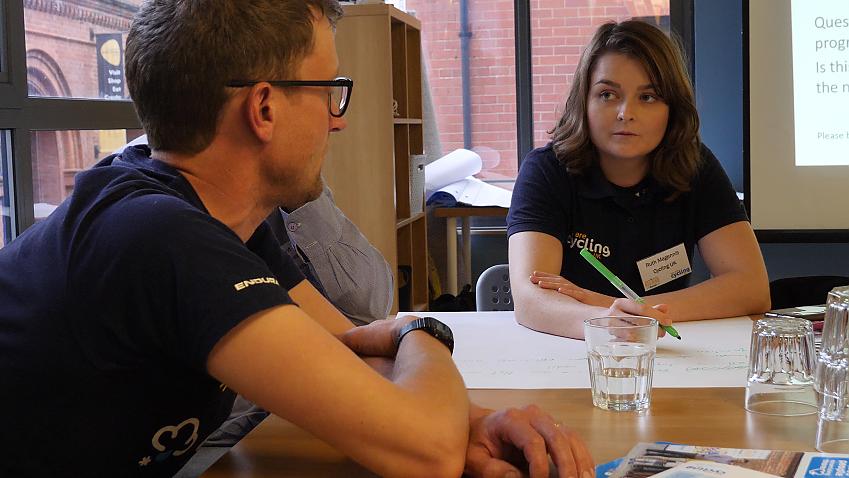 Joy Anibaba is keen to remind people of the fun of cycling; her Community Cycle Club, Joyful Bellas and Fellas in Birmingham, organised a social trip out to Cadbury World for the Big Bike Revival. It proved to be an excellent incentive to getting three local groups to try out a new route.

She commented: “Anything we do to help promote cycling is great anyway, but in terms of the Big Bike Revival, getting people out on bikes, getting them to come on some maybe longer led rides, has been really good.

“We’ve attracted lots of stay-at-home mums and older women who probably don’t get out as much as they would like to. Some people can’t afford to go to the gym… a lot of them haven’t got bikes, so we can provide them with bikes, learn to ride sessions and then led rides, so it’s been really good.” 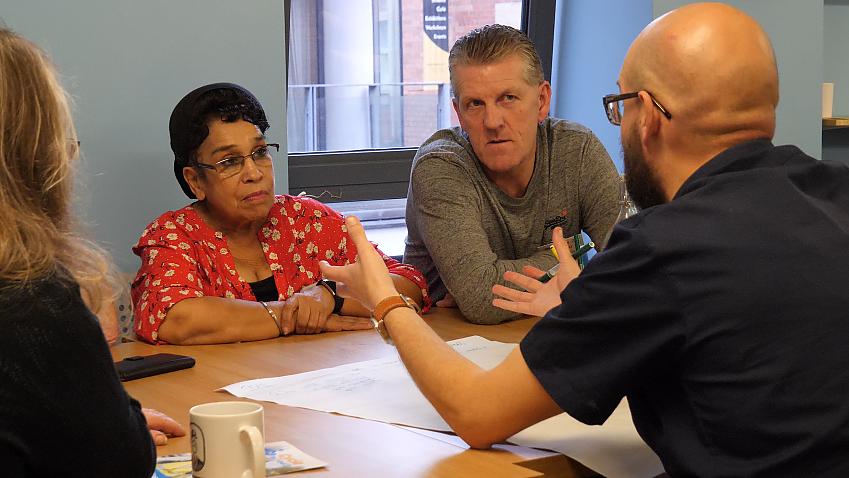 A focus group from the day

Getting people from BBR centres, like Joy, Andy and John, together in one room proved to be enormously beneficial – not just to Cycling UK, but to each other. They had all been running different events in different places, so networking with each other allowed them to pass on their winning ideas of this past year. Such was the success of this sharing, a networking forum is being set up to keep this contact going.

Jenny Box, Head of Development for England, summarised: “We’re really proud of how our BBR centres around the country are enabling people to cycle and working with us Cycling UK to make cycling safe and fun for everybody.”

Check out a video of the day below: