Don McLean stepped on an improvised explosive device and it changed his life forever. His 19-year career in the Royal Marines came to an end and he is now setting up a group to support veterans through cycling.

Don McLean was in the Royal Marines when he sustained permanent injuries to his right foot after he stepped on an improvised explosive device (IED) in Afghanistan.

The explosion left Don with an impairment to his right foot which saw him hospitalised for four months and in and out of Headley Court military hospital for two years.

Part of Don’s rehabilitation required him to cycle with a physiotherapist on a static bike and after years of treatment and hard work he kept his right foot.

He said, “I feel so incredibly lucky that I am alive, if the device had [fully] gone off, I wouldn’t be here today. Cycling was such a huge part of my recovery, it has changed everything for me. I’ve always been a keen rider, but now so more than ever.”

Following his departure from the military hospital and in spite of his physical challenges he took part in Race Across America as a mechanic, otherwise known as the world’s toughest bike ride. The 3000-mile route, climbs 175,000 feet and crosses an epic 12 US States. 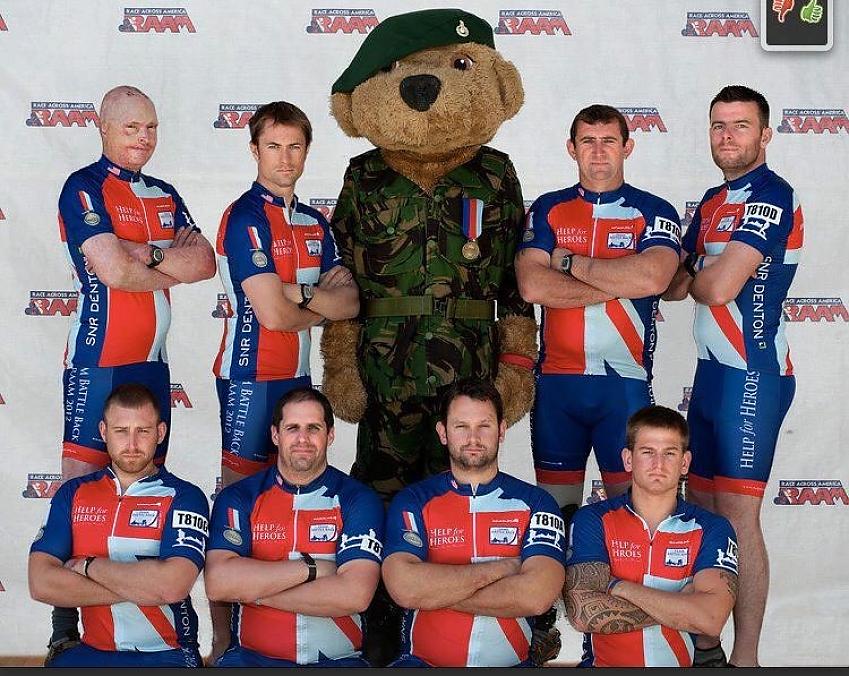 Don McLean in Race Across America

Don said: “Taking part in this race really was a turning point for me. I was part of an eight-man team, many of whom were incredibly skilled and they gave me so much technical support, I learnt a lot. It was being with them, that inspired me to go back and take bike mechanic courses.”

It was after then that Don decided to open up the cycling café Ryde Liverpool. Working closely with Cycling UK and their local development officer Chris Alston he is currently setting up his own community cycle club which will help other veterans who are either injured or isolated.

Ryde Café currently hosts a monthly coffee morning on behalf of Help for Heroes, which helps build a local support network for their Band of Brothers and Sisters (wounded personnel and their families).

Cycling gave me so many amazing opportunities, I only hope to be able to give this gift to someone else.

Don said: “I am hoping that these Ryde to Recovery Rides will be a place where veterans can come to socialise as well as a place where they can get exercise and help with their mental well-being. Cycling gave me so many amazing opportunities, I only hope to be able to give this gift to someone else”.

This weekend it will be Remembrance and for Don the memories concern his friendships. He said: “More than anything, you really do miss the sense of kinship and comradery. On Remembrance, I not only think about those who made the ultimate sacrifice, but I also see it as an occasion to meet up and chat to other servicemen and women, to be there and offer my support.”

To find out more about Ryde Liverpool visit their website.