An indicator of a 'Dutch hill'
By CyclingUKvolunteer
Tuesday, 21 August 2018

My wife Sian and I have been riding tandems for over ten years, mostly up and down the Taff Trail, near our home in Cardiff. Sian is visually impaired, so a tandem allows the whole family to go for bike rides together. However, I had always wanted to go further. Last October, wewent on a tandem tour of Holland with Traveleyes, a holiday company for blind and sighted travellers.

Eighteen of us met at Schipol, seven visually impaired (VI) and 11 sighted.We then transferred to our accommodation for the trip: a passenger barge. Once we were riding, the barge would sail to that day’s destination, taking our belongings with it.

We covered 40-55km each day, riding at an easy pace and stopping every two hours or so for a visit to a museum, café, shop, or other tourist attraction. Our guide Marcel also led an evening walking tour of each town we stayed at. There was usually atactile or scented element to the tour, as well as time for the sighted guides to describe the scene to their VI partners. In Amsterdam’s red light district, one of the VI tourists asked his guide to describe what the girl in the window was wearing. Quick as a flash, she said: ‘Well, in my opinion, far too much make-up and not enough clothes.' 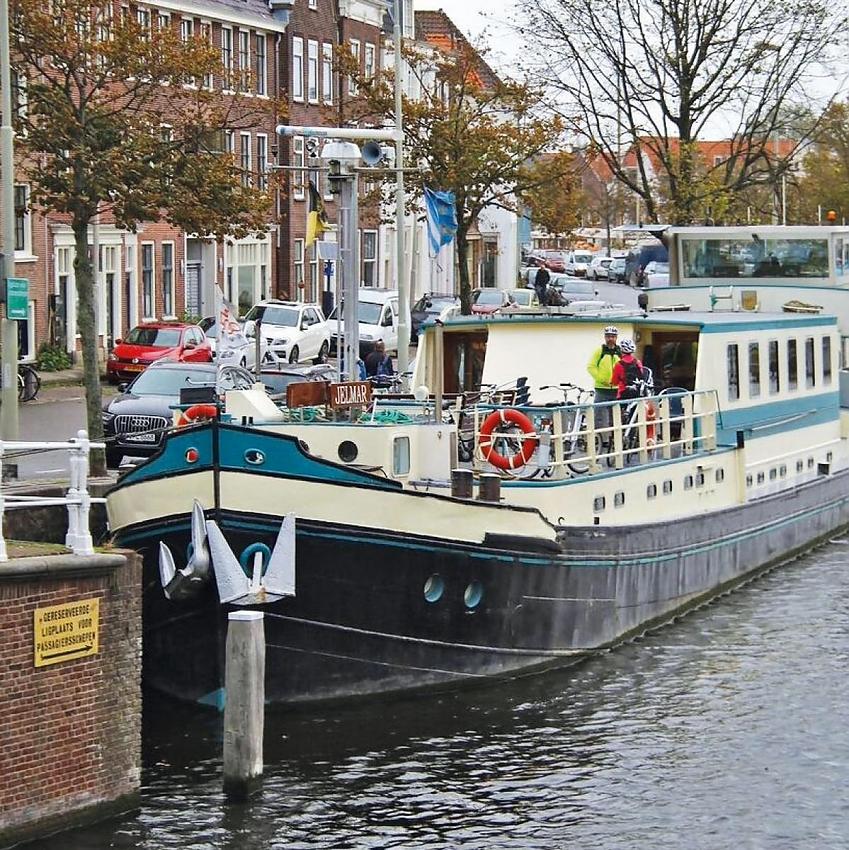 The barge was both sag-wagon and accommodation

We rode on designated cycle paths through cities, farmland, sand dunes, and woodland, and along canals and rivers. Everybody thinks that cycling in the Netherlands is easy. We discovered that what Holland lacks in altitude, it makes up for with wind. Apart from the cycling, the other element to this holiday was to act as a sighted guide for the VI travellers. We worked with somebody different each day, and it was humbling to meet people with such determination. They never treated anything as too difficult, and their ‘can do’ attitude was inspirational.