The Trans Am is a 4300-mile race across ten US states that starts at the beginning of June and has now reached its fifth year. Its participants must be entirely self-supported, adding a whole new element of organisation and careful planning to what is already an intense physical test. It’s an incredibly challenging race – not exactly one you’d expect to be taken on by someone who only got seriously into cycling two years ago…

Cycling UK member Alaina Beacall, 29, joined Merseyside CTC in the summer of 2016 and quickly caught the bug. In 2017 a lengthy adventure through Europe from the Arctic to the Mediterranean then led her to sign up for something even bigger.

“My trip around Europe really changed the game for me,” says Alaina. “That buzz of being out in a beautiful location as well as that predetermined challenge of having to get to certain points by certain times

“I’d initially thought something like the Trans Am was beyond me, but once I’d done some of my most challenging days in Europe and come out the other side, I began to think maybe I could… Once I get an idea in my head!”

Alaina leaves for the USA in April, with a few weeks of training on the west coast and through the Cascade Mountains scheduled in before the race gets underway. 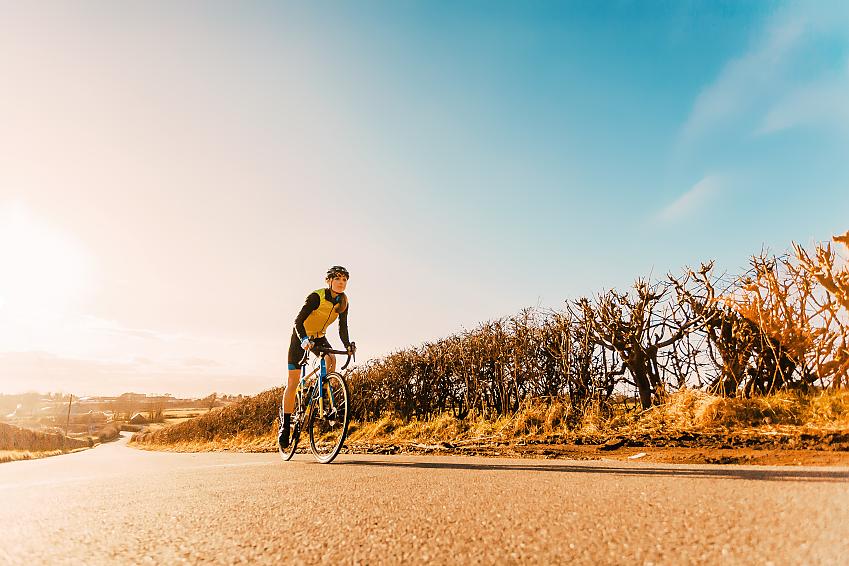 Alaina says of her training so far, “It’s slowly coming together; the mind is stronger than the body. It’s just a case of building it up and that takes time. I’m trying to build big rides into my daily life.

“I’m most concerned about the speed – per day I have to cover a minimum of 145 miles in order to complete the race in less than 30 days. It’s about getting faster, not just doing the distance, so I have time to sleep

“And the logistical element is mammoth, so not just speed and distance but all the gear.”

The requirement to support herself and be responsible for her own safety – at all times – is not lost on her.

It’s also coping with that lack of sleep. It’s the challenge of carrying on day after day without a rest day – I’ve never done anything like that.
Alaina Beacall

“Water is the big one,” she says. “I was in Croatia during a heatwave, and in the mountain passes I would run out of water every one and a half to two hours. I’d get really panicked being in such a remote area. I have to be aware there are many isolated stretches in America, from the Rockies to the central plains.

“It’s also coping with that lack of sleep. It’s the challenge of carrying on day after day without a rest day – I’ve never done anything like that.”

The need to be independent extends even to when things go awry; the Trans Am organisers are under no obligation to try and find or rescue participants if they get into trouble. And with so many thousands of miles to complete, the likelihood of an incident out on the road creeps up. 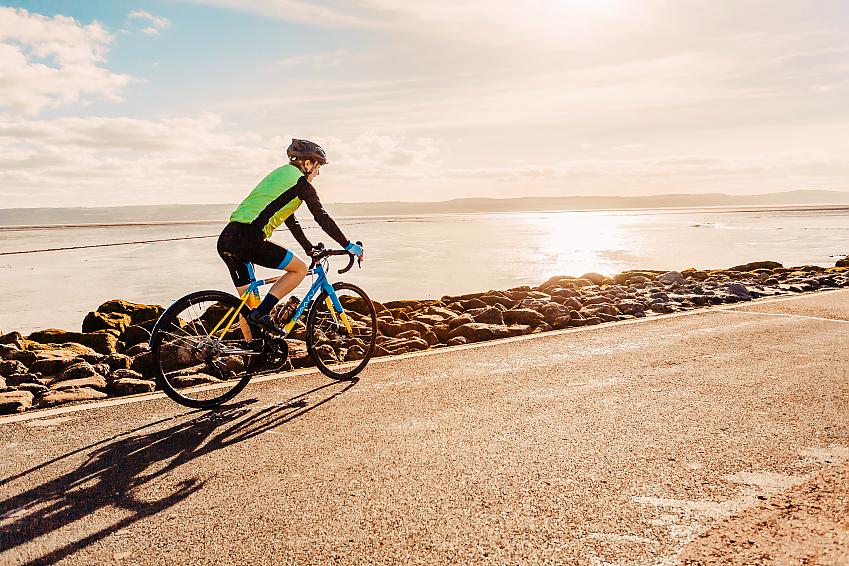 “This was something that really worried my family,” says Alaina. “When you sign up you have to sign a waiver acknowledging that there’s a minimum of three vehicle/rider collisions every year. With between 40 and 60 participants that’s as much as an eight per cent collision rate, which is quite high.

“But I just have to remember that’s the risk of riding on the road.”

Alaina is no stranger to the dangers of cycling alone – particularly as a woman. In Italy she was followed and watched by men in a four-wheel drive, who then tried to bait her off her bike by leaving a puppy at the roadside. Had she stopped, who knows what may have happened.

Alaina reflects on this with surprising light-heartedness, adding that at least in the USA she’ll have a better means of protection: “Pepper spray is legal there – yes!” 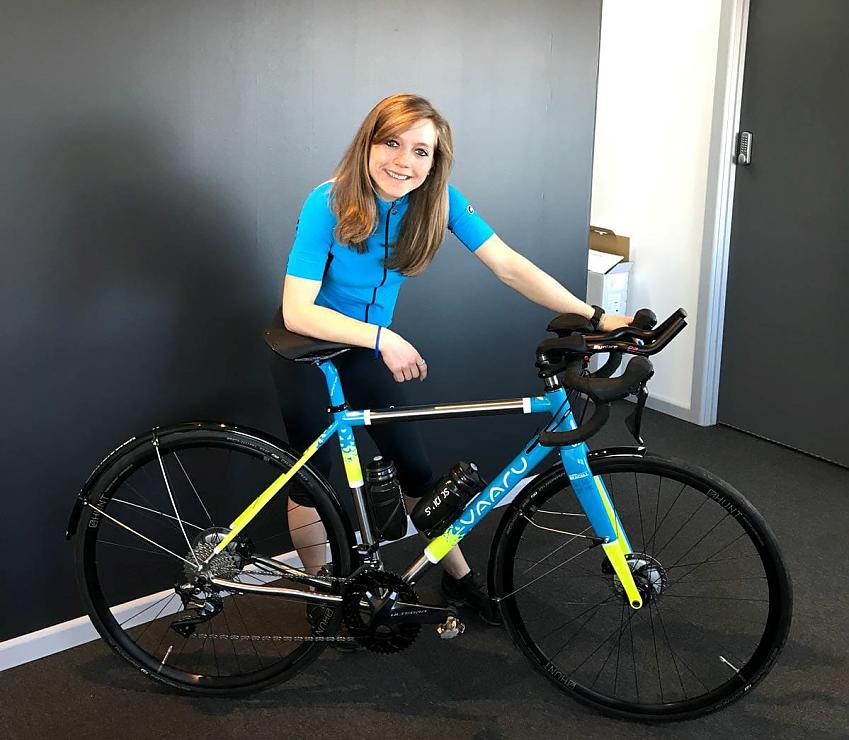 To Alaina it’s worth all the risk, all the training, all the fear, because of the key motivation behind her endeavour. She explains what drove her to choose the charity she’ll be racing for all the way across the States.

“Last time I rode for an aid for Syria charity and raised over £5500. During the trip when I was in Norway I spent some time with some refugees there and it was really eye-opening. It’s not just the trauma of fleeing home, it’s the struggle of integrating into a new life.

“With this in mind, for this trip, I wanted to help refugees locally. There’s a charity called Asylum Link in Merseyside, and they don’t just offer food and supplies, but friendship and that’s really cool. They even have a bike workshop; if you’ve got no money but you’ve got a bike, it opens so many possibilities as you’ve got a mode of transport. I want to go along to the workshops and meet people and help out.

“The charity was over the moon I’d chosen them.”

And if ever Alaina finds herself uncertain in those long lonely stretches, all she needs to do, surprisingly, is look down.

“My bike is from Vaaru. It’s really exciting; it’s titanium with a dynamo hub and its hand painted to match my clothing and there’s a motto on the top to motivate me. It’s one I share with my best friend: ‘Don’t doubt it, just do it.’” 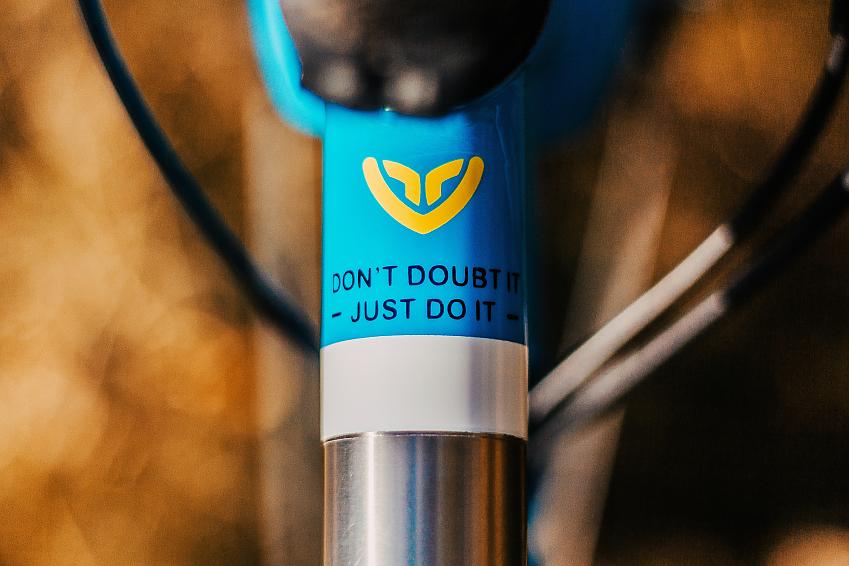 Follow Alaina's Trans Am journey on her blog and follow her dot live on Trackleaders or support her journey via her justgiving page.